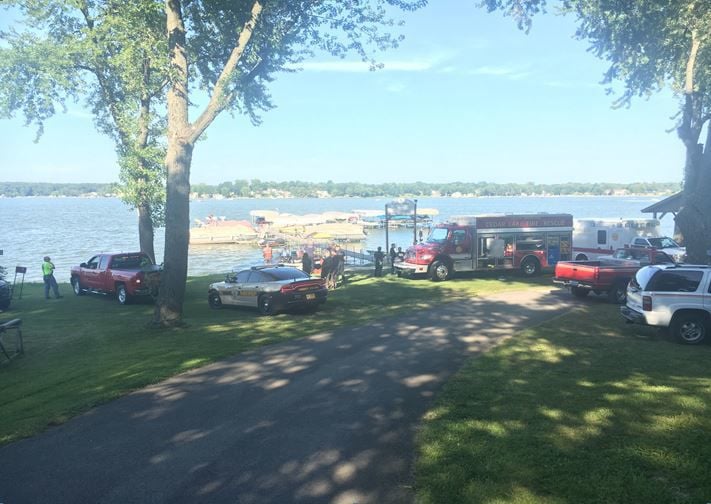 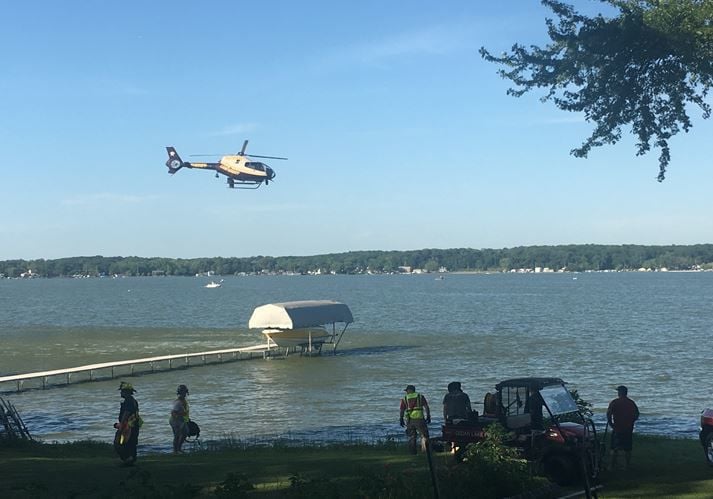 A Lake County Sheriff’s helicopter flies low around the lake Friday as dive teams set up on the shores of Cedar Lake Ministries grounds on Lauerman Street.

A Lake County Sheriff’s helicopter flies low around the lake Friday as dive teams set up on the shores of Cedar Lake Ministries grounds on Lauerman Street.

CEDAR LAKE — The body of a man who drowned after falling off a boat in Cedar Lake was recovered Friday night.

Cedar Lake Fire Department’s boat sonar located the body and the divers got the deceased man out of the water, Cedar Lake Fire Chief Todd Wilkening said. The man’s body was taken to the east side of the lake at the Cedar Lake Town Complex on Constitution Avenue.

“It was a team effort,” Wilkening said. “Between police, firefighters, DNR (Department of Natural Resources) and divers, we were able to find him. Unfortunately it’s a horrible outcome, but at least the family got some closure. Searches like these could go on for days.”

Shortly before 4 p.m. Friday, first responders were dispatched to the lake after a 39-year-old man reportedly jumped into the water from a boat and did not resurface, according to a release from the Indiana DNR.

The man was in a boat with another person who tried to hold onto the man as he fell. But the man slipped underwater, Wilkening said.

A Lake County Sheriff’s helicopter flew low around the lake and dive teams were set up on the shores of Cedar Lake Ministries grounds on Lauerman Street on the west side of the lake.

A total of 25 divers were at the scene and five Cedar Lake Fire Department rescue boats searched the lake. Wilkening said the boats are equipped with sonar, which was used to search for the missing man.

“There’s also some Good Samaritans out there helping us keep people away from the search area,” Wilkening said.

“It started with some wives of dive team members coming out with a cooler and some water,” Miller said. “Now we are coordinating getting them some food.”

Miller said the ministry opened up their nearby recreational room for first responders to get food, drinks and take breaks when needed.

CHESTERTON — A contamination advisory has been issued for an Indiana Dunes State Park swim area in Chesterton.

FBI offers $10K reward for information about missing Gary woman taken against her will, agency says

GARY — A Gary woman was reported missing Monday by her family, who said she has been kidnapped. A $10,000 reward was offered Friday by the FBI…