A rendering of the new Crown Point Hampton Inn at Delaware Parkway and 109th Avenue is shown. The four-story, more than 57,000-square-foot building will have 95 rooms, an indoor pool and more. 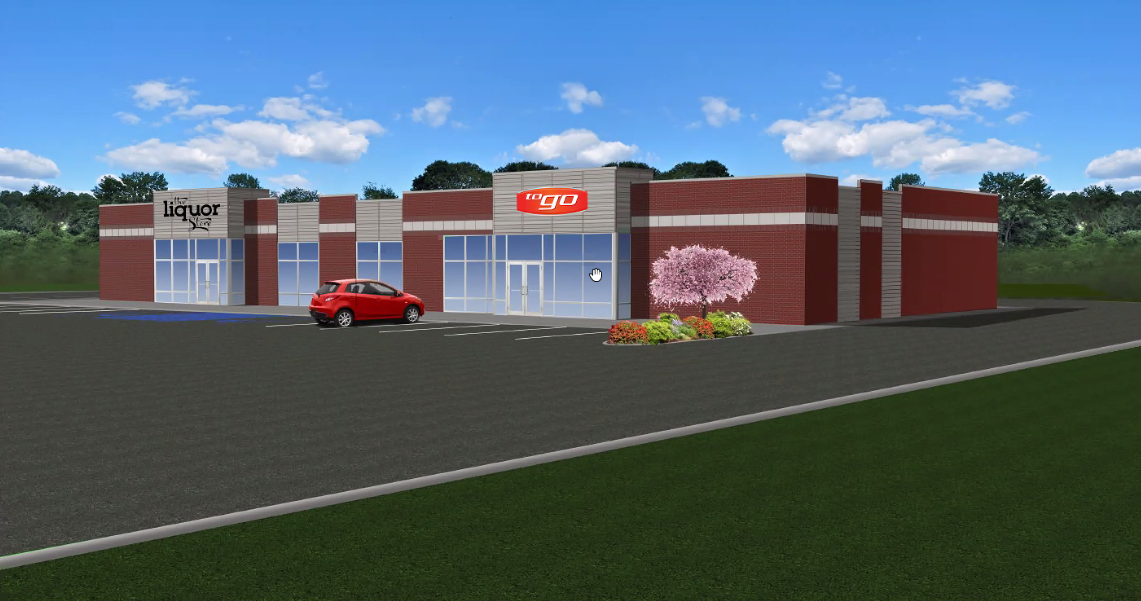 A rendering of a new BP gas station on the southwest corner of 109th Avenue and Delaware Parkway is shown.

CROWN POINT — The city is gearing up for a busy construction season.

This summer, Crown Point is looking at improvement projects for various roads and the construction of Lakeshore Bone & Joint Institute and a new hotel along 109th Avenue.

The development, which is located between the northwest corner of 109th Avenue and Delaware Parkway and the southeast corner of Broadway and Summit Street, is expected to bring $100 million to the city, according to previous Times reports.

Developers expect to break ground on a four-story Hampton Inn at 10850 Delaware Parkway by the end of May.

The hotel is expected to have 95 rooms, an indoor pool and limited breakfast service, Jeff Ban, principal of DVG Inc., has said previously.

The Hampton hotel will occupy lot three; lots two and four will be reserved for future development.

Commissioners discussed the matter back in March, and some expressed concerns over a service drive in the subdivision.

However, Pozen again reassured commissioners the drive won't be used a cut-through, adding motorists have other options to access Broadway and 109th Avenue, including a roundabout on 107th Avenue and a traffic signal on Delaware Parkway.

"In the future, 109th will be a raised boulevard. Right now we're proposing in the site plan ... a right-in, right-out only, a pork chop, if you will," Pozen said. "If a person is going southbound, they cannot go and continue east. They actually go back to Broadway and in a big circle, so people real quick will figure out that that is not a good pass through."

Pozen said the same is true for those traveling westbound coming from Interstate 65 trying to access 107th and Broadway as quick as possible.

The commissioners also unanimously approved the site development for the Hampton Inn, pending engineering department findings and final approval from the Lake County Drainage Board.

Members of the commission also heard and unanimously approved a new subdivision within the development — Five Star Subdivision. It will be on the southwest corner of 109th Avenue and Delaware Parkway.

Five Star will have two lots, with lot one to be a BP gas station and lot two to be developed.

How soon will work on Crown Point hotel begin? Developers hope by late May

Over the the next two years, the corridor is looking at various road improvement projects and to host major developments, including a large orthopedic facility and a potential hotel.

GRIFFITH — Around 4 a.m. Kelly Swisher heard a knock at her door in Park West Apartments.

CROWN POINT — A crisp, bright fall morning with the hum of traffic and construction is just a sign of what's to come for development in Crown Point.

The rezoning will allow contractors to move forward with building a new Franciscan Health hospital that's slated to open in late 2022 near I-65 and U.S. 231.

Ground is expected to be broken later this month on a large orthopedic facility in Crown Point.

Before moving in near Indiana Avenue, Plan Commission members are asking developers to follow a high standard of design to set a precedent for the area.

Damo's Dogs Hot Dog Carts are looking to make their way back to the city the week of Memorial Day, said Chris Damjanovic, who runs the carts with his dad, Milan.

Work along 109th in Crown Point progresses; closures in effect until September

The work is expected to be complete by Sept. 7 (Labor Day), Crown Point Mayor David Uran has previously said.

During a workshop session on Monday, Plan Commission members were presented with preliminary site plans for a new Franciscan Health hospital in Crown Point, at the southeast corner of Interstate 65 and U.S. 231.

Work along 109th Avenue in Crown Point moves along

In mid-April, a portion of the well-traveled thoroughfare closed for an extensive transportation and safety improvement project, according to previous Times reports.

On July 15, there will be a groundbreaking ceremony for the new Hampton Inn hotel at its site along Delaware Parkway and 109th Avenue, near Interstate 65, according to a news release.

"I can now say I opened a hotel during COVID-19," the president of Good Hospitality Services said.

A rendering of the new Crown Point Hampton Inn at Delaware Parkway and 109th Avenue is shown. The four-story, more than 57,000-square-foot building will have 95 rooms, an indoor pool and more.

A rendering of a new BP gas station on the southwest corner of 109th Avenue and Delaware Parkway is shown.