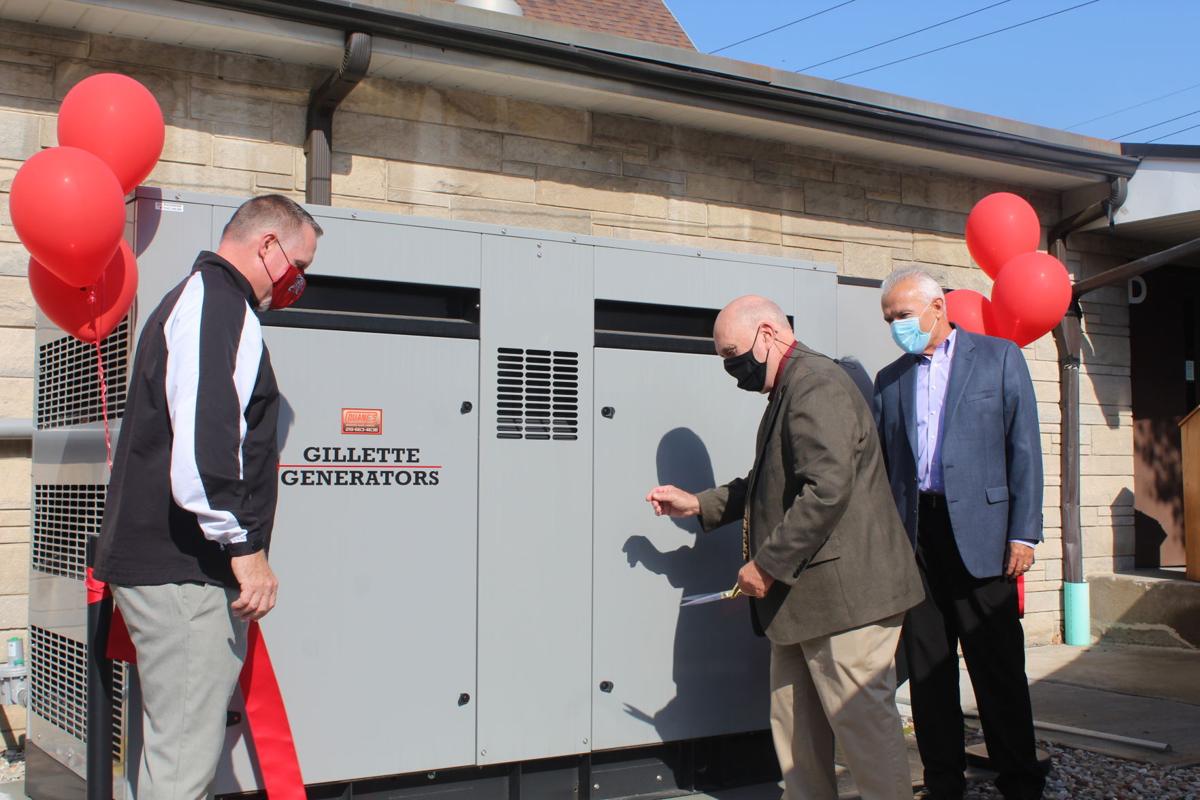 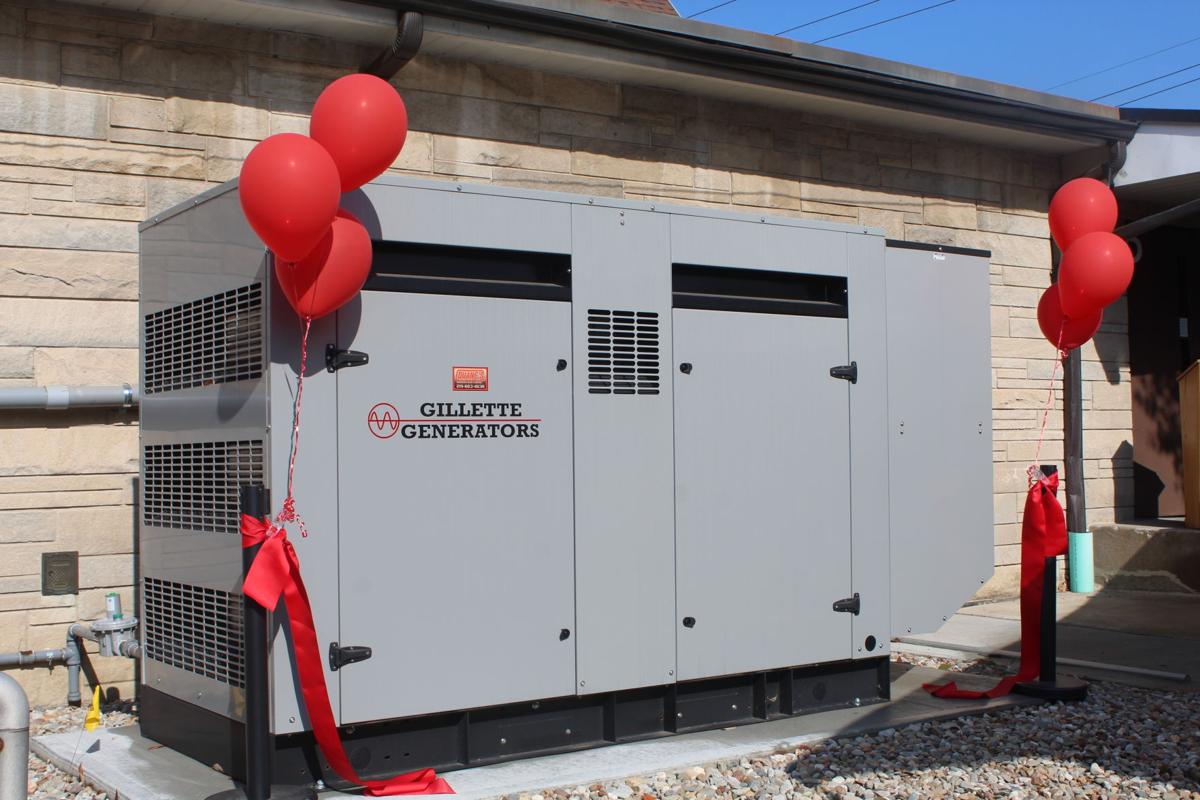 A new generator at First United Methodist Church at 352 S. Main St. will allow the church to become a warming and cooling center when power is knocked out. 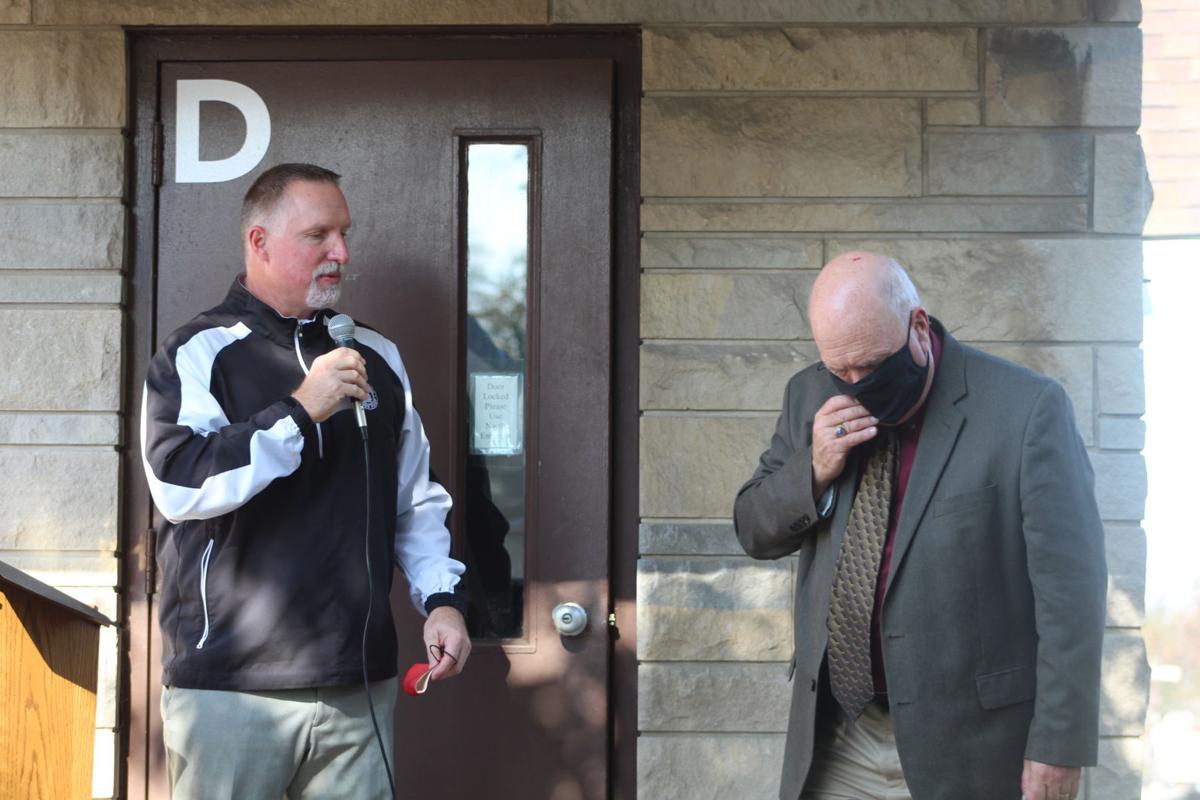 CROWN POINT — Sunny skies ushered in a "miraculous" day for the city.

"I don't want to make this an overstatement, but this moment honestly does feel a little bit miraculous to me," Wilkins said. "Because as a congregation, we never saw this one coming at least when we did."

Wilkins explained the idea for the center came up about a year and a half ago on "one of those typical, January Northwest Indiana days, when the wind comes directly from the Arctic Circle."

The weather, he said, left residents without electricity, and city officials looking for a warm place for residents to go. However, without power or light, the church couldn't become a safe haven.

Over the coming months, Wilkins worked to secure a generator for the church to help people in their "worst of all possible moments."

Initially, Wilkins thought the generator would be a five- to 10-year project for the congregation — "then the miracles started rolling in," he said.

"What I love about this moment is this is what happens when the state, and a great municipality, and a nonprofit can all come together with a common purpose and that purpose, to draw the shortest line possible, is simply to provide light where there is darkness and warm where there is cold," Wilkins said.

The church also received a $35,000 grant through the Indiana Office of Energy Development with help from South Shore Clean Cities, he said.

Crown Point Mayor David Uran said it takes a team effort to make projects such as the warming and cooling center happen.

"Anytime we pick that phone up and we talk to Mark and his team here, if they can't do something, they try to figure out something, how they can do it. It's never no," Uran said.

Uran said the center will be able to help the community when Mother Nature is unpredictable.

"Our tagline is building a strong community from within, and you're seeing that today based on the partnerships and the members that you've mentioned here today," he added.

As adopted, the city budget saw a 9% increase, at $37.8 million. It includes provisions to add a new police officer and a new fire fighter/paramedic.

One by one, Chelsea Hill, Olivia Laviolette and Tiffany McPherson would discover they were pregnant with only weeks between their due dates, something they never imagined would happen.

"It's over, that's all I can think of: It's over. I had the most amazing, supportive community that you can possibly imagine."

The city's water improvement projects have been moving along smoothly.

The Region saw another six COVID-19 deaths and a total of 318 new cases, state and local health departments reported Tuesday.

Cynthia Biestek, also known as Cindy White, is set to have her documentary that pays homage to a renowned Cuban guitarist air at 9 p.m. Wednesday on WYIN Gary/Merrillville.

A new generator at First United Methodist Church at 352 S. Main St. will allow the church to become a warming and cooling center when power is knocked out.