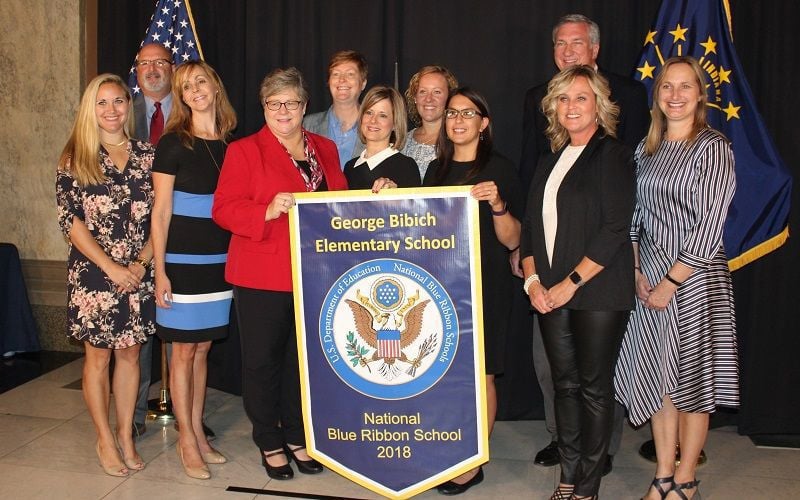 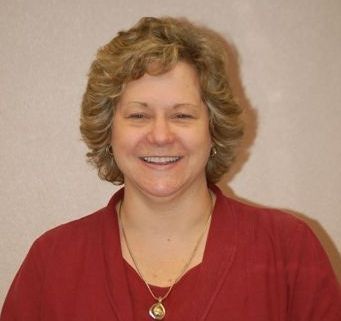 The nomination of Bibich for the Blue Ribbon honor surprised and delighted Principal Deedee Logan. 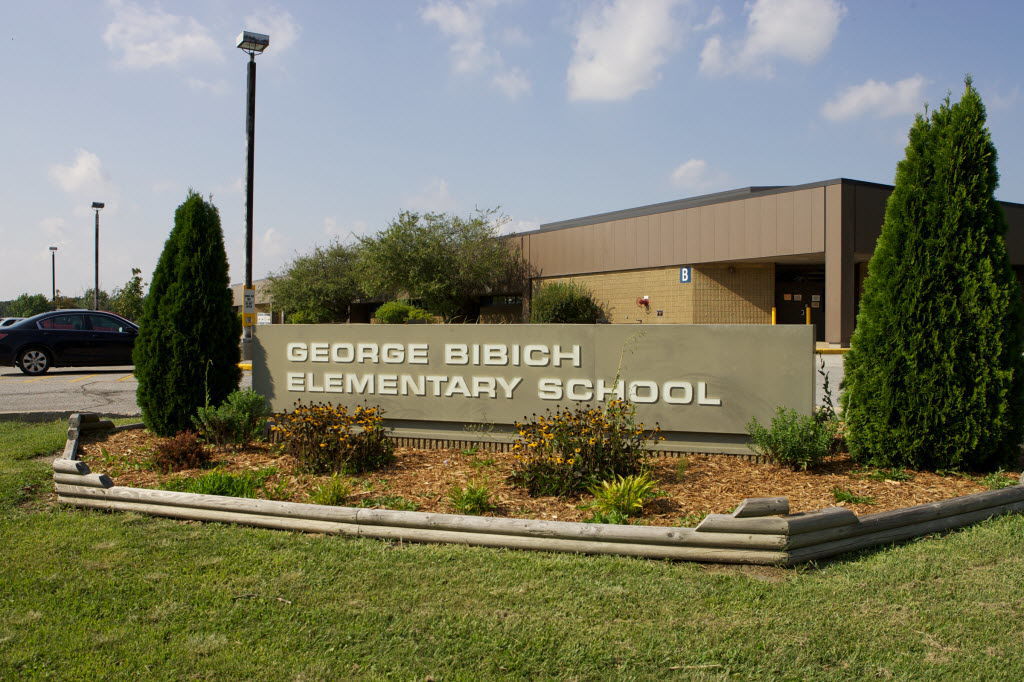 George Bibich Elementary School was one of seven Indiana schools to receive the U.S. Department of Education’s 2018 Blue Ribbon Award.

George Bibich Elementary School Principal Deedee Logan recalls that the nomination was such a surprise that she almost deleted the notification email when it arrived in January 2018. After a lengthy application process, school staff, students and their families were delighted to find out in October that Bibich had received the Blue Ribbon award.

Logan, along with several teachers and administrators, attended a  national award reception in Washington D.C. in which Bibich and other Blue Ribbon schools were formally recognized.

Beyond acknowledging exemplary test scores, the award recognizes the collaborative effort that ensures students thrive in and out of the classroom at Bibich, says Logan.

“Our school staff is rare and collectively amazing. They focus on kids first. Every decision made by everyone, including teachers, paraprofessionals, and custodians, is made based on making sure that kids’ needs are met,” she adds. Logan also credits the dedicated support from parents, the Town of Dyer Police Department, and the community.

High achievement is possible only in a physically and emotionally secure environment, which is why security is a priority. Emotional and physical wellness also forms the foundation of learning. “It’s hard to learn when you’ve had no breakfast or when there’s fighting going on your home," Logan says. "Social and emotional needs come first, academics are secondary.”

This has put Bibich in the top 15 percent of schools in the state.

“Education is a jigsaw puzzle in which we all work together to fit all the aspects in, with an emphasis on social and emotional wellness. We take a holistic approach to education,” Logan says, adding that data collected helps produce positive student outcomes .

She credits the dedication of Bibich’s “high-ability” staff to ongoing professional development and innovation in ensuring that students get the best education possible. “Our teachers challenge me in the best way. If they see something that will benefit the building and the kids, they bring it to me. We challenge each other and we gel well.” Logan also expresses appreciation for key support and assistance from the Lake Central School Corp., of which Bibich is part.

The Blue Ribbon award is a nice confirmation of the effort to give Bibich’s students a solid foundation, Logan says. “This is about the whole school. It took everyone’s hard work and dedication to help get this award.”

“Creating an educational environment founded on a commitment to academic excellence supports success in the classroom," says Indiana State Superintendent of Public Instruction Jennifer McCormick. "I am grateful for our dedicated educators who challenge students to reach their full potential, and I want to congratulate Indiana’s Blue Ribbon Schools for performing at the highest level.”

For Amanda Ortega, co-president of the Parent-Teacher Organization at George Bibich Elementary School and mother of two Bibich pupils, the Blue Ribbon award represents the people and place she’s grateful for and proud of.

“It’s no easy thing to be nominated for the Blue Ribbon award, and to win is incredible. I feel completely proud of the school, the staff, and the teachers. It makes me happy that my kids are attending.

"The teachers and staff try hard to accommodate everyone, but they do more than that," Ortega says. "They’re truly there for the students and each other. They go above and beyond to achieve goals and make sure that everyone is prepared.

"They care about students as individuals.

"My mom was a teacher, and that gives me added perspective on what works in schools and what doesn’t. My children are more prepared than I ever was.”

For 13 years, charitable organization has raised funds, worked to improve life in Dyer

If you have ideas about how to improve the community environment of Dyer, the Dyer Community Foundation wants to talk to you.

A 1.5-mile stretch of U.S. Hwy. 30 between Dyer and Schererville, known as the Ideal Section of the Lincoln Highway, was at one time the proto…

Every year an average of more than two dozen people are killed by lightning strikes in the U.S., but Dyer installed a system last fall that it…

Since 2003, Kathy Powers of Dyer has been staffing the Dyer Historical Museum.

Dyer making the most of its confines with infrastructure upgrades, commercial expansion, housing possibilities

Known as the little community with a big heart, Dyer is making some big moves to improve the town and bring in new business.

It started small start, but the Dyer Summer Fest has grown to a multiday event attracting thousands to Pheasant Hills Park.

The nomination of Bibich for the Blue Ribbon honor surprised and delighted Principal Deedee Logan.