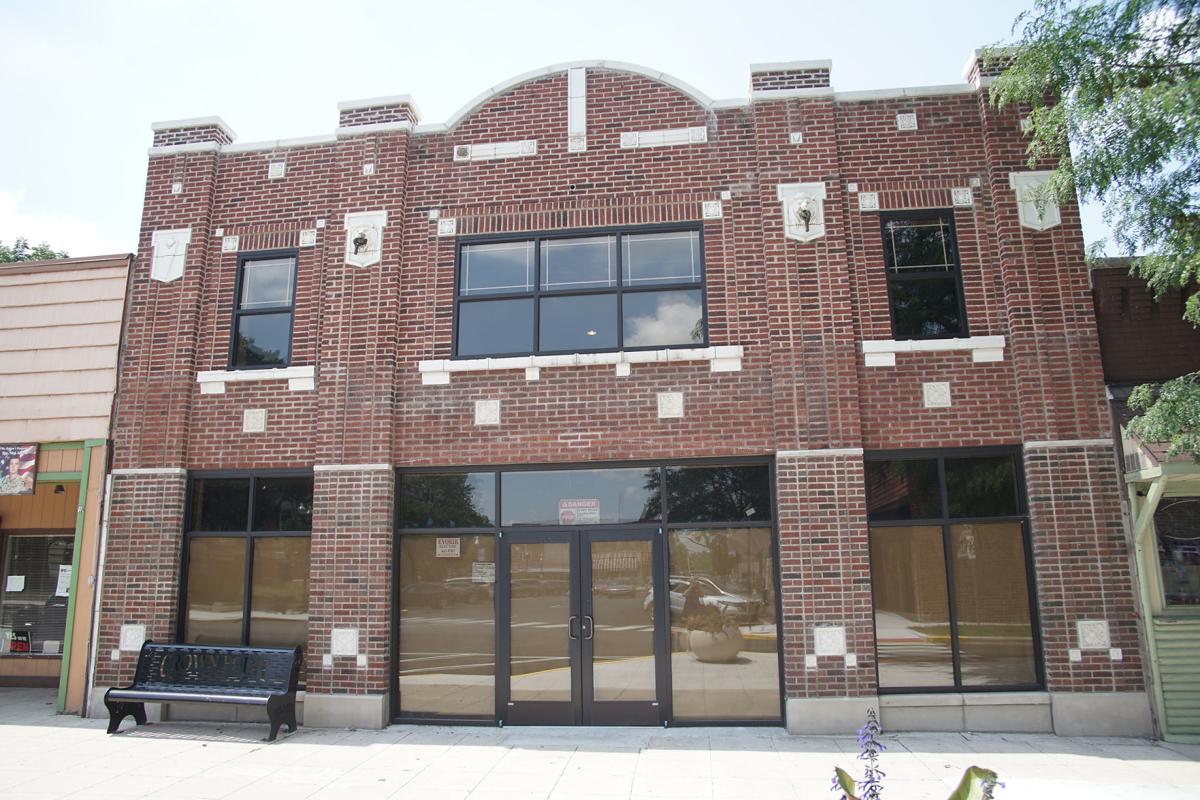 Indiana Landmarks provided direction on everything from the mortar to the terra cotta for the renovation.

Brad Strom, of Crown Point, bought the Crown Theatre in downtown Crown Point and is wrapping up renovations to return it to its original glory. 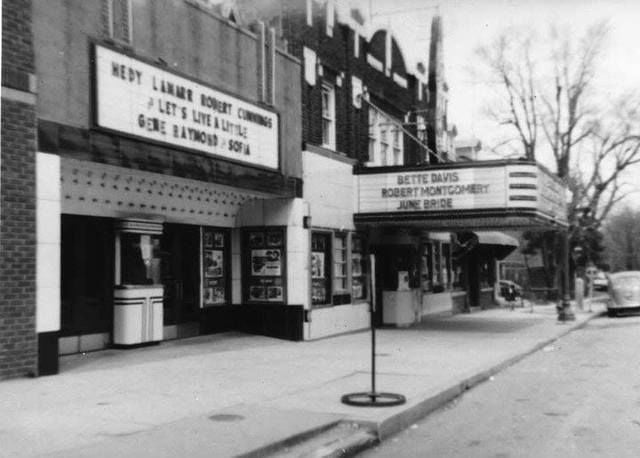 The Crown started life as a stable but was renovated into the Palace Theatre in the 1920s. 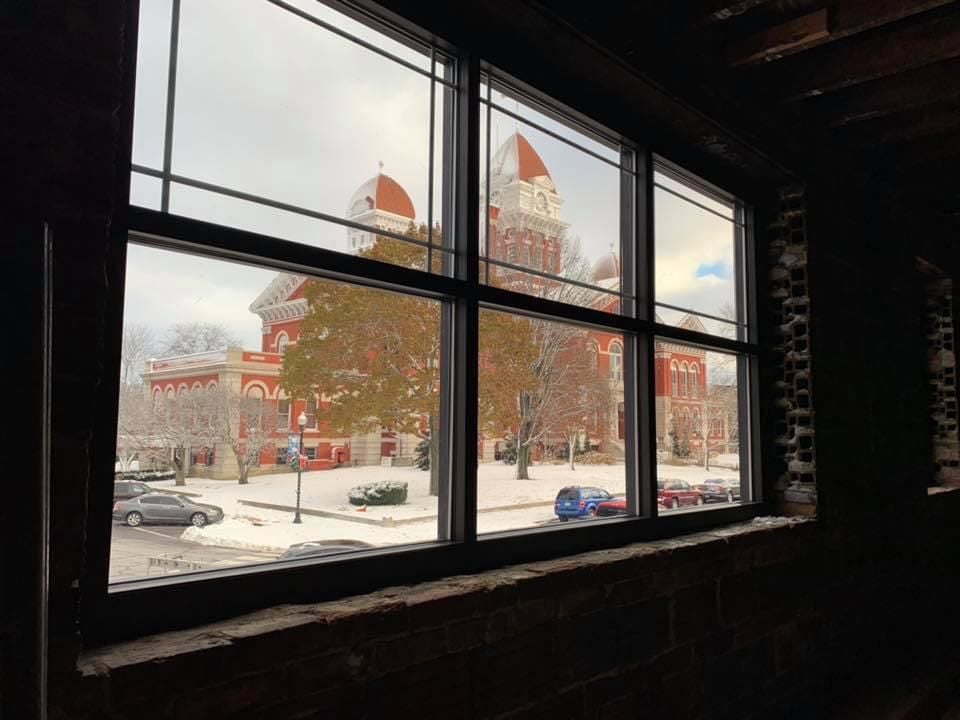 A look from the inside of the theater, which was made ADA compliant while retaining its original features

In stepping into the future, Crown Point’s Crown Theatre has taken a trip back in time.

The historic building, long a landmark part of Crown Point’s storied town square, has been revitalized under new owner Brad Strom. Along with needed renovations, the building’s original heritage is back at the forefront, he says.

“We’ve modernized in the right ways to make sure everyone can come out and have an enjoyable experience all while showcasing the theater's original beauty, which most have never even seen,” Strom says. “The best way to explain that is we’ve made modern improvements that were much needed and now we’re ADA accessible for seating and bathrooms. And we decided to peel back all the layers and really showcase this building's unique structure.”

Renovating a 102-year-old theater is not easy, and things don’t always go smoothly. The theater’s opening night was recently postponed until August, according to the Crown Theatre Facebook page.

“It was a combination of structural improvements that were needed that took extra time and finesse,” Strom said. “It was hard to pick a date for an opening night. All we could do was talk to our staff and contractors and take an educated guess.

“The majority of acts and patrons have been understanding and accommodating with the few dates being pushed back.”

“We put this show on at a different venue with very little time to work with and never having done an outdoor event, so to pull off what we did we really gave our patrons a glimpse of what we plan to do at the Crown Theatre,” Strom said. “To know that people genuinely enjoyed their night was rewarding to see for myself and our entire Crown Theatre staff.”

Dawn Stokes, general manager and talent buyer for Crown Theatre, says Strom’s vision for the venue is a longtime dream for many in the Northwest Indiana entertainment industry.

“Brad and myself and many of the employees at Crown Theatre come from Star Plaza Theatre. Many of us had worked there for decades,” Stokes said of the popular venue in Merrillville that closed in 2017. “Before the theater closed, Brad had this vision for Crown Theatre to be a place for all ages to come and enjoy live entertainment but also for all of us who were such a family at Star Plaza Theatre to come to work and be a family again.”

Residents of the close-knit community of Crown Point have offered ideas on the type of entertainment they would like to see on the Square.

“We had a pretty good idea of what we needed to bring in to keep our building open but we also wanted feedback and recommendations,” Strom said. “I tell everyone around me let’s try it — if I just sat here and booked what I like I’m sure my parents, grandparents, and many others wouldn’t have interest in coming. We had to take an open minded approach and learn by trial and error. So over the course of our first year you will truly be able to see a little bit of everything come across our stage.”

Crown Point residents have provided plenty of feedback on the renovation.

Along with support from the City of Crown Point and Indiana Landmarks, Indiana’s largest historic preservation organization, the building was restored according to a rendering of the exterior as it would have looked in 1917 that was created for the project.

Brad Miller, regional director for Indiana Landmarks, says this work is just one in a long succession of renovations.

“The building was originally a stable,” Miller said. “The structure was kept and the facade was probably changed in the '20s, when it became the Palace Theatre. Sometime in the '30s or '40s, it received another new facade, which would be more Art Deco. There was metal paneling and a rounded ticket booth added.

“That was totally ripped off when they went to put up this wood paneling on the facade,” he adds, referring to the wood removed during the building’s most recent restoration.

“Brad needed to know what was the best way to replace the brick on the first floor that had been ripped off, as well as how to approach the mortar and how to replace the decorative terra cotta. We tried to keep as much of the original elements on there that we could,” Miller said.

“We are extremely happy with how it looks and the majority of people we’ve spoken to feel the same way,” Strom says. “Everyone has been completely understanding and excited just to see the building being saved.

“Most single screen theaters across the country have been closed and demolished. So for our community to come together to support a positive venture it’s really shown how special our community really is.”

Kids' hours create best of both worlds at Off Square Brewing

Got kids? In Crown Point, those wanting to kick back and enjoy a few of their favorite brews don’t have to worry about a babysitter, as two lo…

“Every cemetery tells a story,” says Tom Hawes, sexton of Crown Point Historic Maplewood Cemetery. “And this one has a lot of stories.”

Anyone going to the South Shore Arts Web site (southshoreartsonline.org) might wonder why the logo is a Charlie Chaplin-esque derby.

Bulldog Park makes a splash in first year on the scene

Bulldog Park is the place to be.

We can definitely use a little more kindness in this world. Breanne Zolfo is doing her part to make her corner of it — Crown Point — a better …

With a population reaching 30,000, Crown Point has grown close to 50 percent since 2000, according to City-Data.com.

CHESTERTON — From stained glass classes to instruction in jewelry repair, the Chesterton Art Center has a variety of classes from which to choose.

Indiana Landmarks provided direction on everything from the mortar to the terra cotta for the renovation.

Brad Strom, of Crown Point, bought the Crown Theatre in downtown Crown Point and is wrapping up renovations to return it to its original glory.

The Crown started life as a stable but was renovated into the Palace Theatre in the 1920s.

A look from the inside of the theater, which was made ADA compliant while retaining its original features