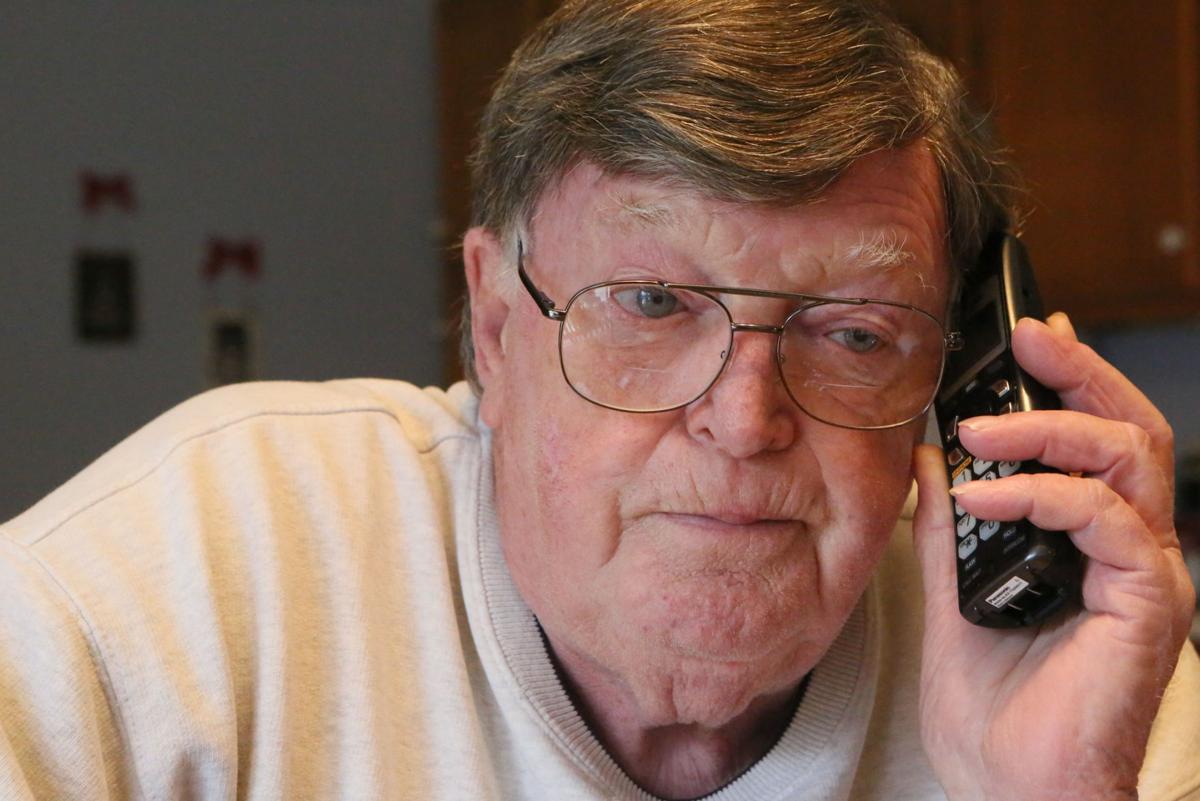 Frank Orsini gets a phone call about how his eyeglasses are working out. 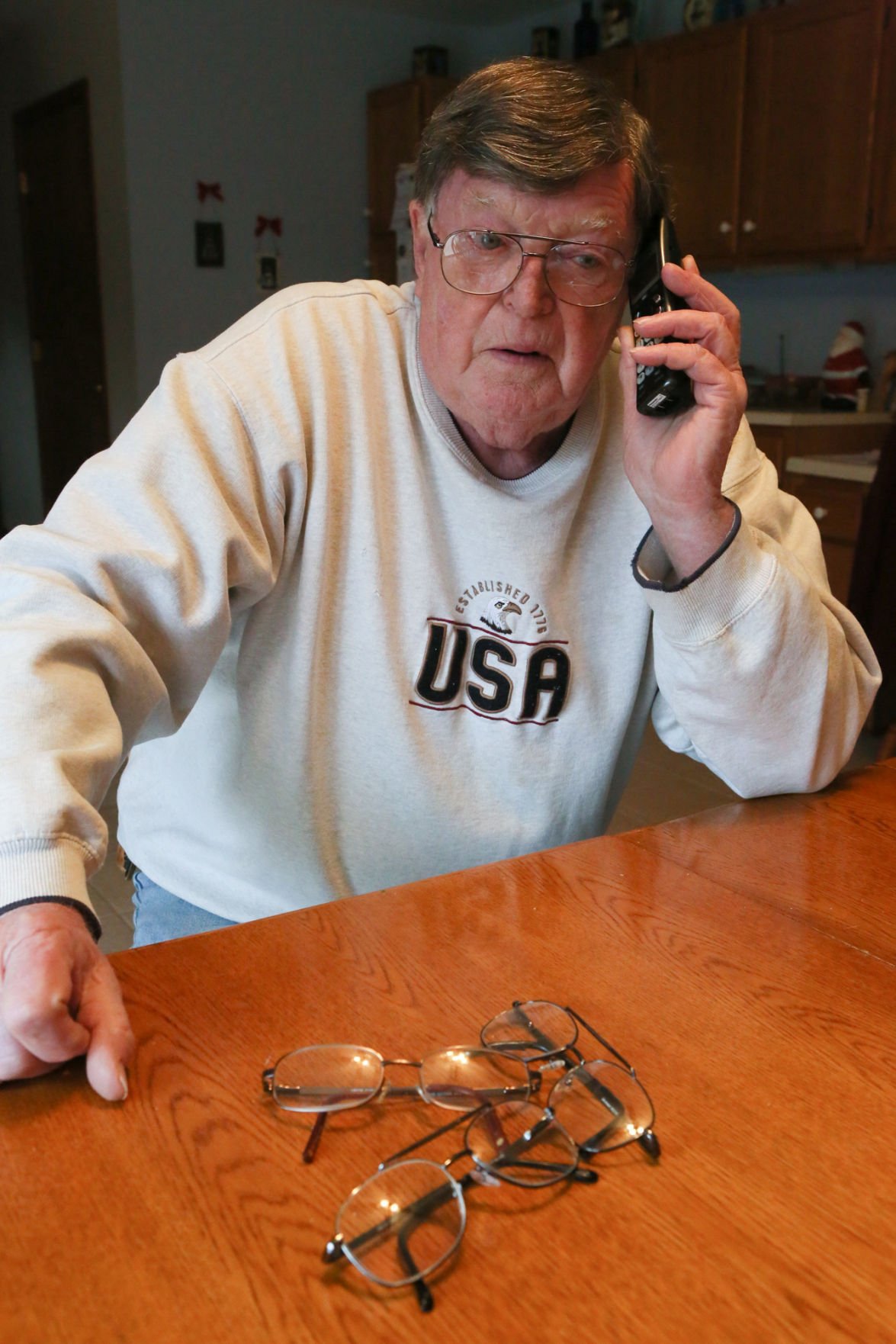 Frank Orsini receives a phone call about how his eyeglasses. He has had problems getting a pair of glasses from the VA after he had cataract surgery in the spring. He has several older pairs that have not worked well for him. 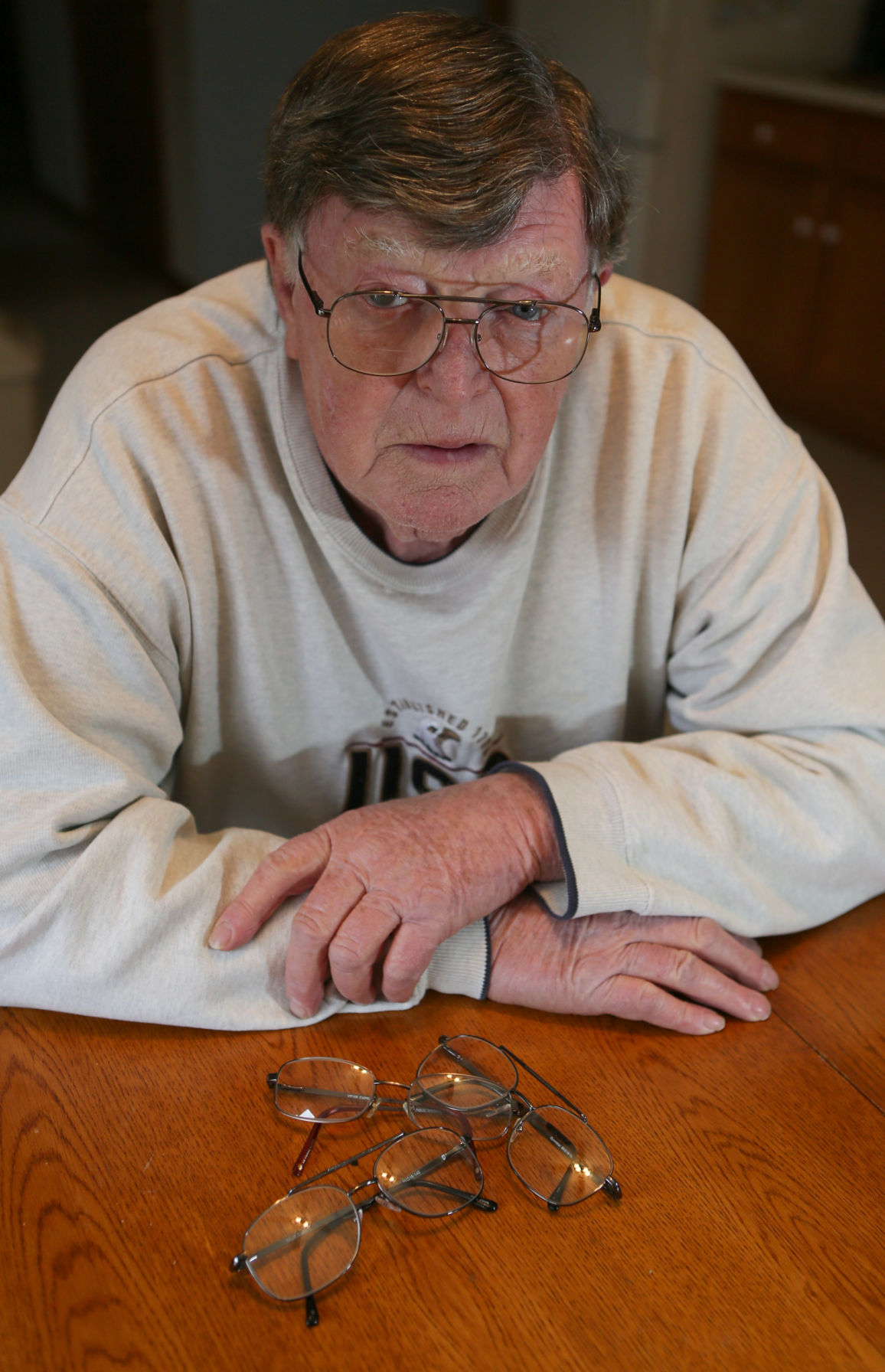 Frank Orsini has had problems getting a pair of glasses from the VA after he had cataract surgery in the spring.

Frank Orsini gets a phone call about how his eyeglasses are working out.

Frank Orsini receives a phone call about how his eyeglasses. He has had problems getting a pair of glasses from the VA after he had cataract surgery in the spring. He has several older pairs that have not worked well for him.

Frank Orsini has had problems getting a pair of glasses from the VA after he had cataract surgery in the spring.

DEMOTTE — It was November, and Frank Orsini was again waiting for his new eyeglasses to arrive through the Veterans Administration contractor and hoping this time that he would be able to see through them.

In May, he needed cataract surgery on his left eye.

As a veteran, he was eligible to have it done at a VA hospital, but the nearest location is Jesse Brown VA Medical Center in Chicago. He rode a bus from the Crown Point VA clinic to Chicago for the surgery.

After the surgery, he felt dizzy and was told he could spend the night at the hospital. He had surgery scheduled in the hospital at 8 a.m. the next day.

After he was taken to a room, an orderly told him if had any problems during the night, no one would be available to care for him.

Orsini had his daughter take him home -- although it meant a return trip in the morning.

When the glasses arrived, he had to go to the Crown Point clinic to get them fitted. But he couldn't read a thing through the bottom half of the bifocals.

"She said they'd have to send them back," Orsini said. "I asked her if she could rush them, and she said it would still be six to eight weeks. They came to the house again, but they were worse than before."

The clinic initially told him no one could see him, but he responded he would wait. After 20 minutes, an optician checked the glasses and said they weren't positioned properly. She said the fix would take another six to eight weeks.

The glasses hadn't arrived by Nov. 1, and Orsini said he bought a pair of reading glasses at the drug store. He  was told the glasses situation is similar for veterans all over the country.

A third pair of eyeglasses arrived Nov. 10, and Orsini said he still had trouble reading with them, but he was able to get by. When the prescription reading glasses arrived later, he finally could manage by switching between the two pair.

"I wanted to call the glasses lab to see what the problem had been all along, but the clinic said they couldn't give me the phone number."

“This is an unacceptable situation," U.S. Rep. Pete Visclosky said. "We have a responsibility to ensure that our veterans receive the health care they earned. That is why I have consistently supported legislative and regulatory initiatives to address the backlog of veteran claims and increase veteran healthcare options at non-VA facilities through the Veterans Choice Program."

Visclosky encouraged veterans in his district to contact his office for any VA or benefit issues.

"We will do everything we can to address the situation,” he said.

Michael McAleer, public affairs officer for the Martinsburg, W. Va., VA Hospital who recently served as the PAO for Jesse Brown, said the optical shop is a contracted service. McAleer agreed the delays Orsini experienced are not unusual and the VA is addressing them. If the VA is not paying for the glasses, the person can take the prescription anywhere.

As to the hospital stay, McAleer said that probably was the facility's "hosp-tel" for outpatients. It offers overnight accommodations for the patient and a family member, if needed, and doesn't have a full-time medical staff. However, a phone call can bring help quickly if problems develop, he said.

"It could have been a misunderstanding as to what is available," McAleer said. "I wish we could do a better job of communication."

He said Jesse Brown is one of the best hospitals in the nation in terms of wait times for patients getting care, usually shorter than in the private sector.

The Veterans Administration reorganization combined with the Veterans Access, Choice and Acc…

VA benefits to be discussed at meeting in Crown Point

Silent about the war, stoic in his suffering and unassuming in his life, my brother, Michael…