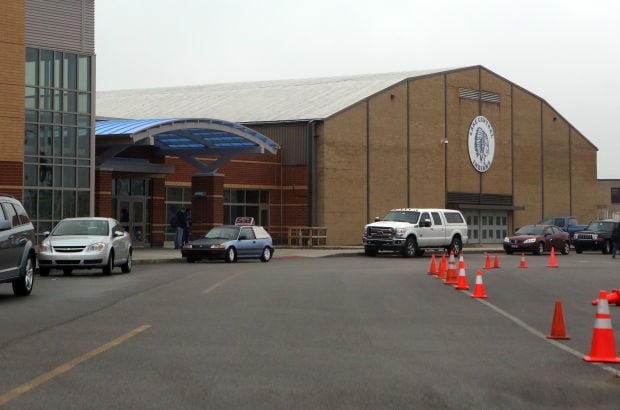 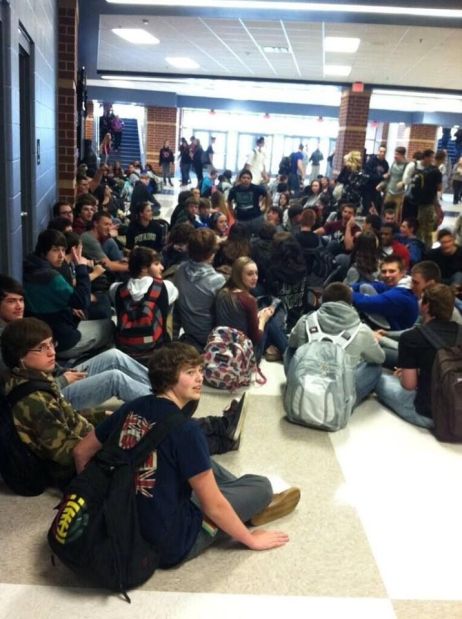 ST. JOHN | A second Lake Central High School student committed suicide Wednesday night, following a sit-in Wednesday involving about 200 students, according to a parent who notified The Times. Details were not immediately available on the second student suicide.

According to students and parents, the Wednesday sit-in at the high school was in protest of the school's not recognizing the death of a former student who committed suicide March 27.

At 12:40 p.m. Wednesday, students staged a protest at Lake Central, complaining the school did not call for a moment of silence on the school intercom to honor the dead student. That student had played football for the school and was well liked, a parent said. Parents also have commented on social media and to The Times they did not like the way the school handled the situation.

"While I refer to what took place Wednesday as a sit-in, it was an incident that involved many mixed emotions, including my own. There is no easy solution when 200 kids decide to create a sit-in within the middle of the school in order to demonstrate a point of view, while making demands. Options could range from yell (and yell louder), make threats, have police arrest them all, suspend them all ... etc., all this while trying to reason with emotional teenagers who have defined a personal purpose, but who also need to get back to class."

Police responded to the gathering, and one student was escorted out of the school. Hunter Ernst, 18, of Schererville, was arrested and taken to Lake County Jail. According to St. John Police Chief Fred Frego, Ernst got into an argument with Tobias and was arrested about 1:30 p.m. Ernst was charged with disorderly conduct, resisting arrest and possession of a knife on school property. Ernst had a pocketknife in his pocket, Frego said.

Frego said the former student who committed suicide March 27 is believed to have done so in southern Indiana. "It was not here," Frego told The Times.

Tobias' Wednesday night letter continued, "We have always practiced a different protocol of acknowledgment for a suicide death, which involves minimal publicity in order to not glorify the suicide. After receiving confirmation from a relative late Monday, an email message was sent to the high school staff informing them of the suicide of a young man who was a former student. The email message I sent to my staff was clear that we would have services in place for students that were identified as in need of a conversation with a counselor. Although all staff were notified, primary focus was on this young man’s former teachers.

"The high school counselors and social workers were organized in order to work with potentially grieving students. I also visited the former student’s teachers to make sure they received my email and to make sure they were aware of monitoring student needs. Since this young man was a former student and the death was a suicide, we did not use our intercom to publicly acknowledge the tragedy."

Tobias said he was disappointed in the students' response. He said they were moved to another room to exchange feelings.

"I am not sure what the most perfect solution would have been for today," Tobias' letter said.

"However, the high school now has much to reflect on for the next few days. I am expecting my teachers to be challenged with some questions from students regarding today. I have informed my faculty that if they are comfortable please do their best to respond, letting students know that open communication is the best course of action. There is a right and wrong way to solve a problem. A sit-in/open protest is not the right way.

"What may have been lost is not the memory of a young man, or the emotions of our students, but the fact that the death was a suicide, and some students in an effort to preserve the memory of this young man are taking steps that other students could interpret as suicide glorification."

Tobias also acknowledged the second suicide, which occurred Wednesday, in his letter, saying:

"It is with sadness that I inform you that on Wednesday evening, April 2, we have experienced a student death due to suicide. Faculty will be arriving on campus early Thursday morning to prepare grieving and crisis management procedures in order to help our students and staff who might be suffering. We will have a counseling and grieving center set up in the library and LGI room."

ST. JOHN | The principal of Lake Central High School is on administrative leave with pay while district leaders investigate an incident involv…

ST. JOHN | With little fanfare and no comment, the Lake Central School Board unanimously accepted the resignation of Lake Central High School …