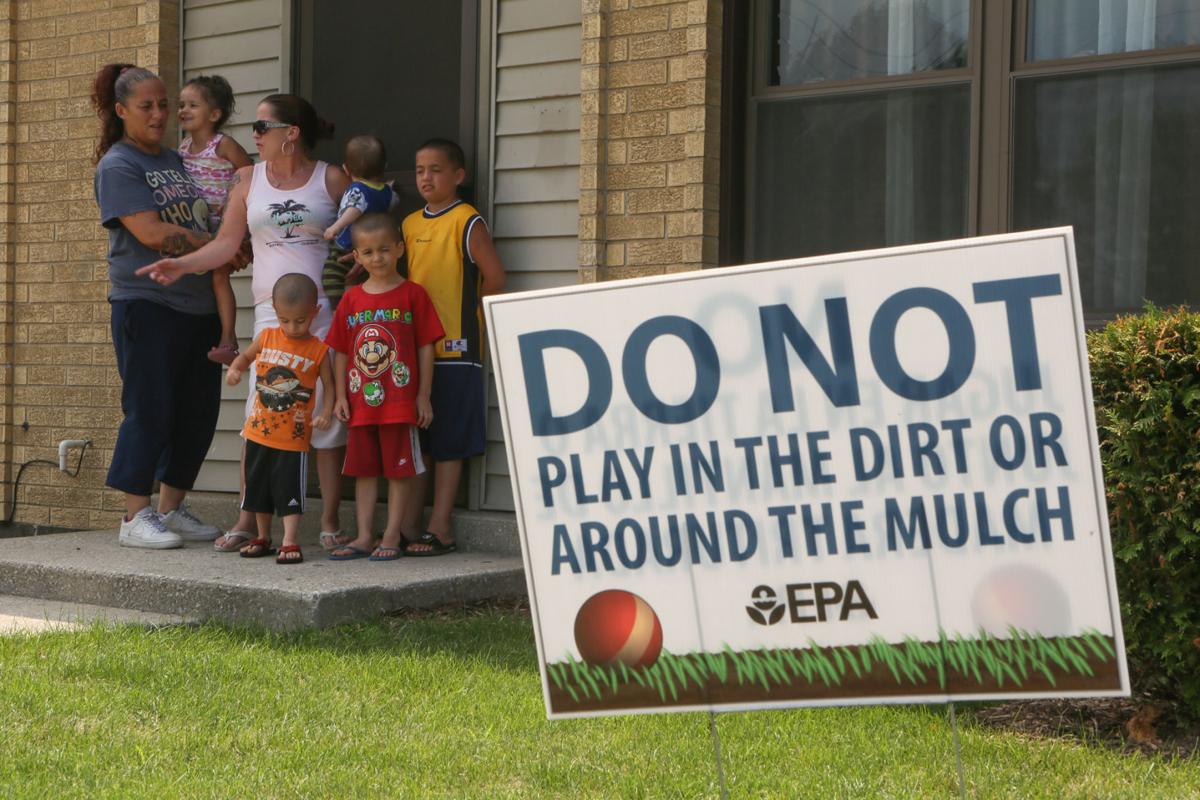 Marina Barajas stands with her children and sister, Tanya Barajas, outside her home in East Chicago’s West Calumet public housing complex. Marina Barajas and her neighbors have been told the soil around their homes is “highly contaminated with lead and arsenic” and that it’s in their best interests to move. 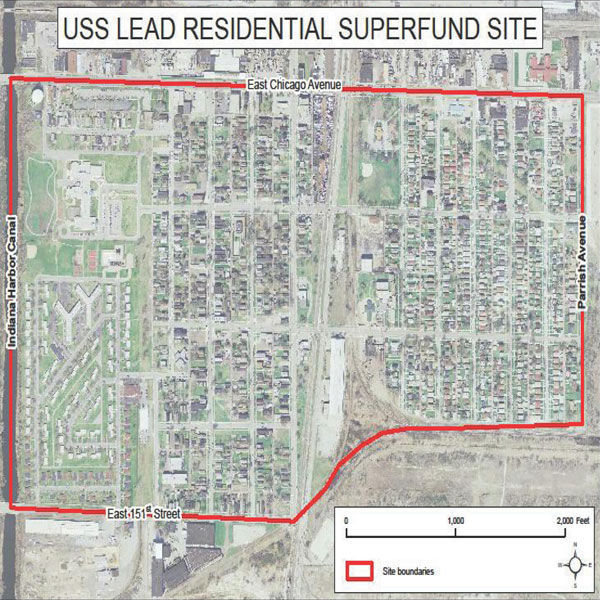 A map of the superfund site provided by the Environmental Protection Agency.

EAST CHICAGO — The East Chicago Housing Authority wants to demolish all 346 units at the West Calumet Housing Complex and a hearing has been scheduled for next week, according to a notice posted on the agency’s website.

Between 1,000 and 1,200 residents — including approximately 670 children — were told by the city this week it would be safer for them to temporarily relocate from the complex because the city and housing authority recently were notified the soil is highly contaminated with lead and arsenic.

The city was notified May 24 about the levels of contamination, Carla Morgan, city attorney for East Chicago, said in response to a public records request.*

The housing authority has submitted a “demolition or disposition” application to the U.S. Department of Housing and Urban Development, and the federal agency is in the process of reviewing it, spokeswoman Elena Gaona said. She did not have information Friday on how soon that review might be completed.

In a statement, HUD said it can provide “tenant protection vouchers” for affected families to relocate after a review of a demolition or disposition application.

HUD said it is working to process the city housing authority’s application and is committed to expediting the review process for the allocation of vouchers.

“HUD does not yet have a timetable for when residents will have their vouchers,” the statement said. “As soon as it is available, we will share it with the East Chicago Housing Authority so they can share it with residents.”(tncms-asset)0648c4a0-5442-11e6-b06b-00163ec2aa77(/tncms-asset)

Residents do not currently have a deadline to move and will not be immediately losing their homes, according to a statement from HUD.

“The East Chicago Housing Authority is first working to secure vouchers for these families before the demolition or disposition proceeds,” the HUD statement said.

It’s long been known the soil at West Calumet Complex and other areas of the city’s Calumet neighborhood are contaminated, but residents were not expecting to have to leave their homes during remediation.

A USS Lead facility once operated on the site, and a 79-acre tract encompassing the neighborhood was added to the Superfund National Priorities List in April 2009. West Calumet Housing Complex and Carrie Gosch Elementary School occupy the first of three zones within the Superfund site that the EPA has targeted for cleanup.

A copper smelter, lead refinery and secondary lead smelter operated in the neighborhood from 1906 to 1985, according to the EPA. The housing complex was built in the late 1960s and early 1970s. The EPA was established in December 1970.

The EPA issued a proposed cleanup plan in 2012 that called for removing up to 2 feet of contaminated topsoil and replacing it with clean soil, including up to 6 inches of topsoil. The agency began mulching bare ground in June, posted warning signs and has sent letters to individual residents informing them of soil test results at their homes.

Several residents have told The Times letters they received from the EPA in June say lead and arsenic levels found in the ground outside their homes in late 2014 far exceed cleanup levels set by the federal agency.

The EPA said it has not yet determined a date for soil removal. The agency is planning to reach out to the community before any excavation is done, spokeswoman Rachel Bassler said Wednesday.

The public hearing on the demolition application is set for 2:30 p.m. Wednesday at the West Calumet Community Center, 4925 Galdiola Ave., East Chicago. A HUD representative will be at the meeting, but won’t make a presentation, Gaona said.

* Editor's note: This story has been updated from a previous version.

Correction: A story Saturday about elevated lead levels in the soil at the West Calumet Housing Complex in East Chicago contained incorrect information. The EPA notified East Chicago on May 24 that soil sampling detected elevated levels of lead and arsenic in the soil. The Times regrets the error.

The EPA works to address concerns as it begins excavation

Marina Barajas stands with her children and sister, Tanya Barajas, outside her home in East Chicago’s West Calumet public housing complex. Marina Barajas and her neighbors have been told the soil around their homes is “highly contaminated with lead and arsenic” and that it’s in their best interests to move.

A map of the superfund site provided by the Environmental Protection Agency.