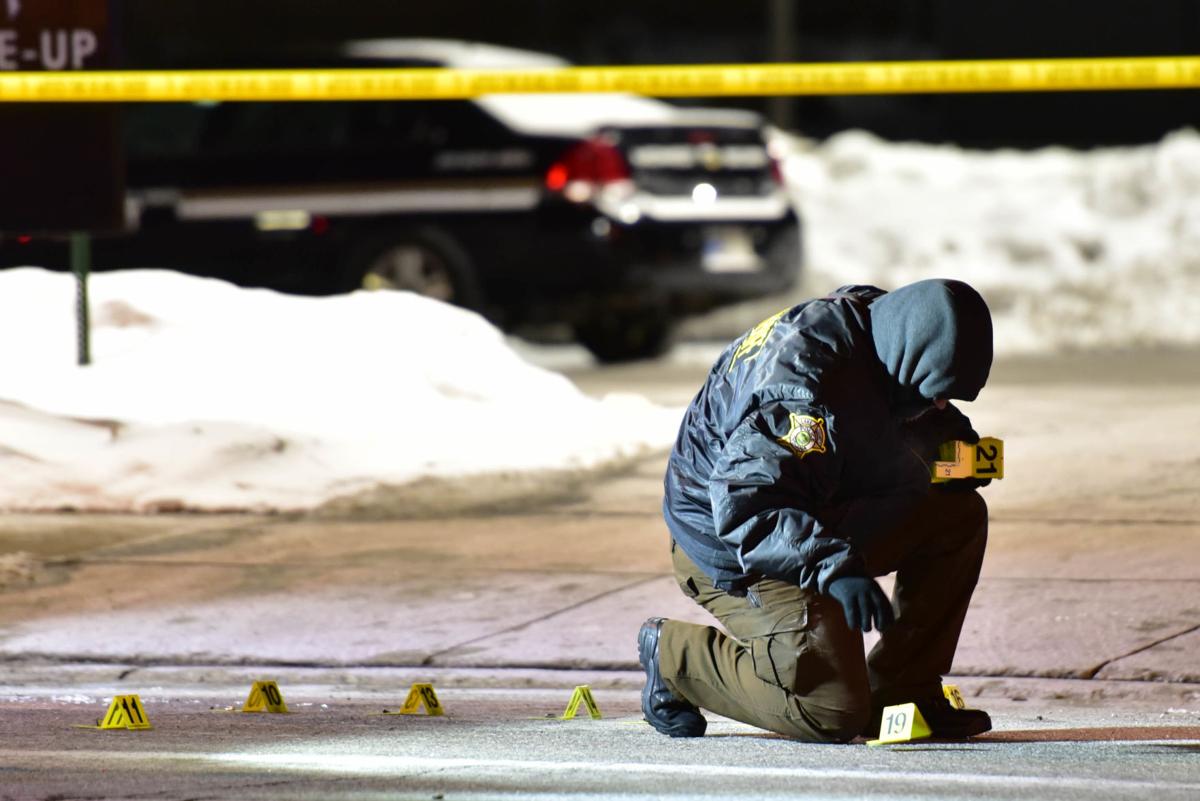 A police officer works the scene of a triple shooting Sunday night in East Chicago. 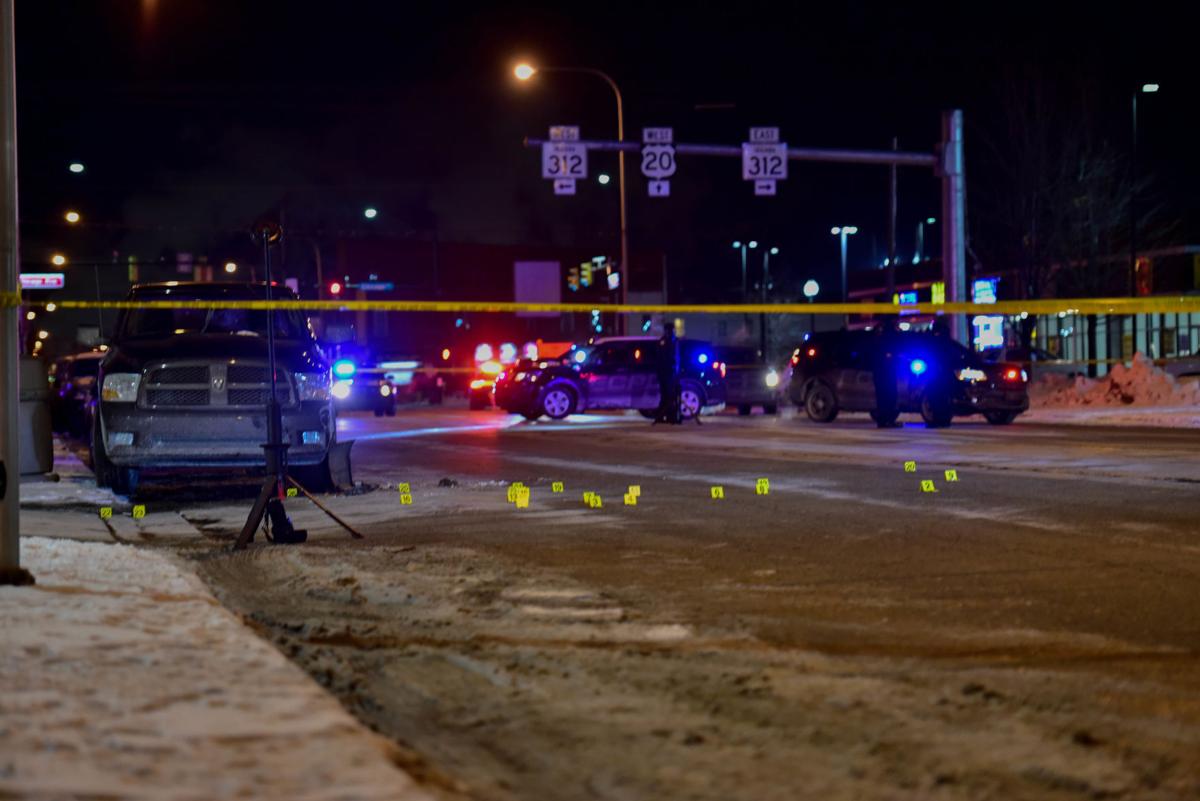 Police investigate an incident in which three people were shot and wounded Sunday night in East Chicago.

EAST CHICAGO — After suffering a gunshot wounds while off duty, an East Chicago officer is now in stable condition after being hospitalized in the intensive care unit.

On Thursday East Chicago Detective Jeffrey Sanchez was removed from a breathing machine and was taken out of the ICU, the East Chicago Police Department said.

"Thank you for your outpouring of love and support. Your kind words and prayers are definitely having a positive impact on Detective Jeffrey Sanchez," the department wrote in an announcement on the officer's condition.

Sanchez, a five-year veteran of the East Chicago Police Department, is still in the hospital but is being cared for in a regular room in stable condition.

"He still has a long and difficult road to recovery, but he's improving every day," police said.

A GoFundMe was launched by members of the East Chicago Fraternal Order of Police Lodge 59 to collect donations for the officer's medical and living expenses during recovery. As of Thursday, a total of $15,500 had been collected, according to the GoFundMe website for "Det. Jeffrey Sanchez medical expenses."

Sanchez was wounded in a shooting late Sunday while off duty. He was picking up food when an argument broke out and he was shot five times, police said.

He was shot by two people unknown to him, prompting him to return fire and strike one person, according to an East Chicago Police Department news release.

Sanchez is being treated at a Chicago area hospital, police said.

Sanchez was shot in his intestines and bowel area, for which he had received two surgeries to date.

Sanchez is a father to three children, police said.

Another person police identified as a suspect was also being treated for gunshot wounds at a Chicago hospital, while a second suspect remained in custody, police said.

Police did disclose the names of either suspect.

Sanchez was picking up pizza about 7 p.m. Sunday in the 4700 block of Indianapolis Boulevard when an argument occurred and shots were fired, police said.

Sanchez and a male civilian were wounded by gunfire. Another civilian, who was across the street, was injured, Lake County Sheriff's Department spokeswoman Pam Jones said.

The Lake County Sheriff's Department is investigating the shooting and circumstances leading up to it.

The man, a 48-year-old of Maryland, died of a gunshot wound to the arm, officials said.

Light snow could start moving across the area as early as Friday evening and continue into late Saturday, possibly bringing up to four inches — or even more in some areas — the National Weather Service reported.

A police officer works the scene of a triple shooting Sunday night in East Chicago.

Police investigate an incident in which three people were shot and wounded Sunday night in East Chicago.