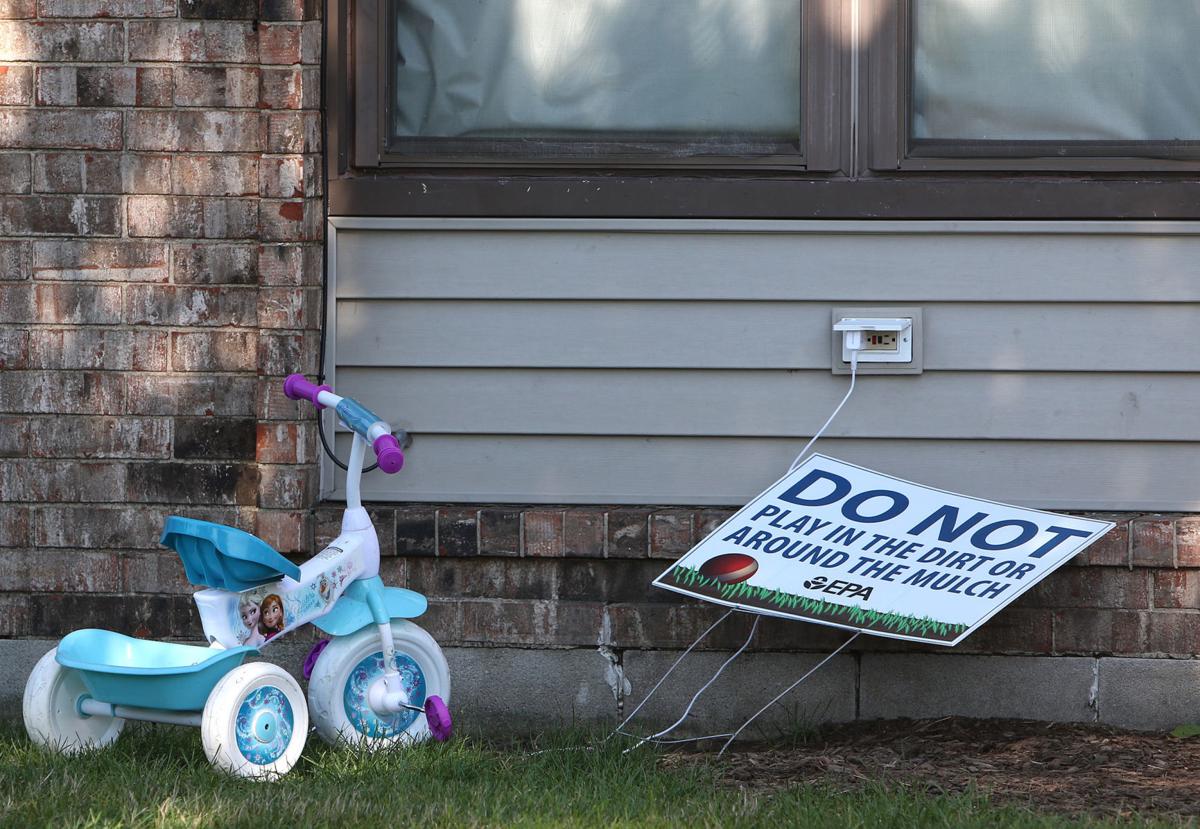 An EPA sign warning residents not to play in the dirt or around the mulch is seen in summer 2016 at the West Calumet Housing Complex in East Chicago. 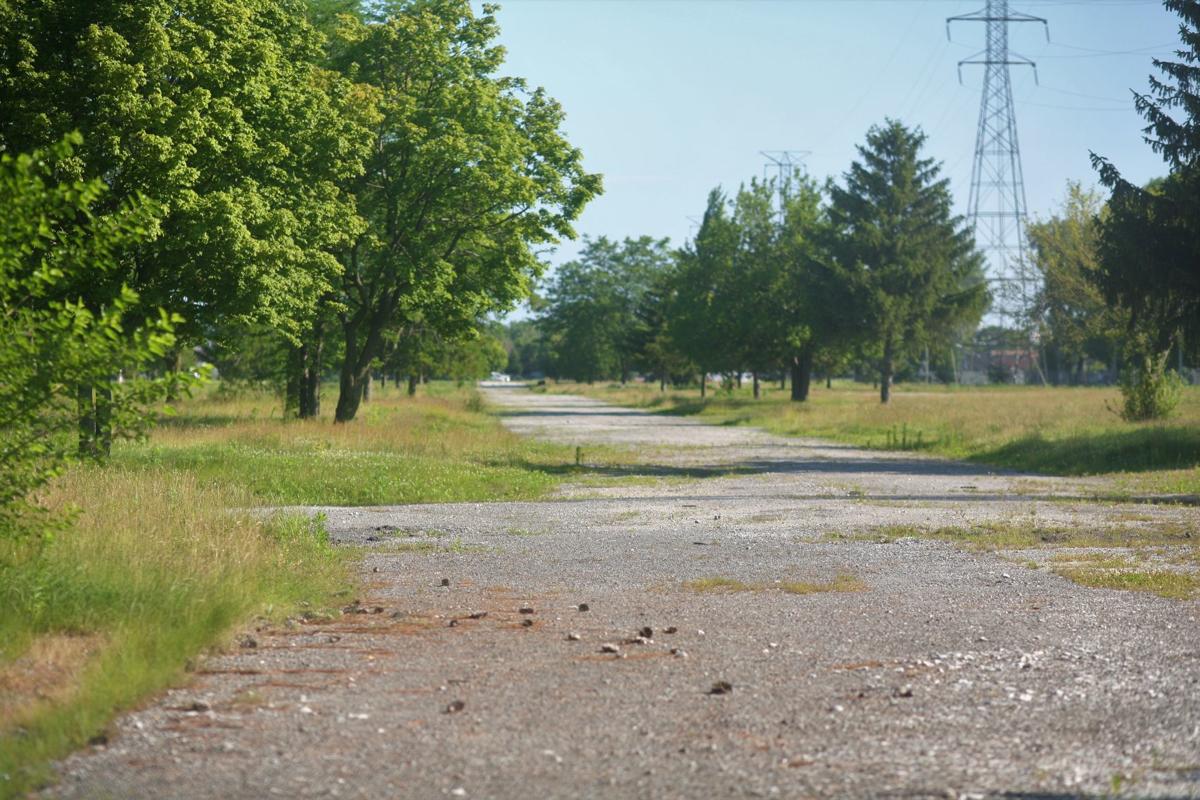 The site of the demolished West Calumet Housing Complex in East Chicago is seen in July. The public housing complex was evacuated in summer 2016 after dangerously high levels of lead and arsenic were discovered in the soil by EPA. The state's housing authority recently announced it is seeking qualifications from nonprofits to build single family-homes there once EPA excavates the site. 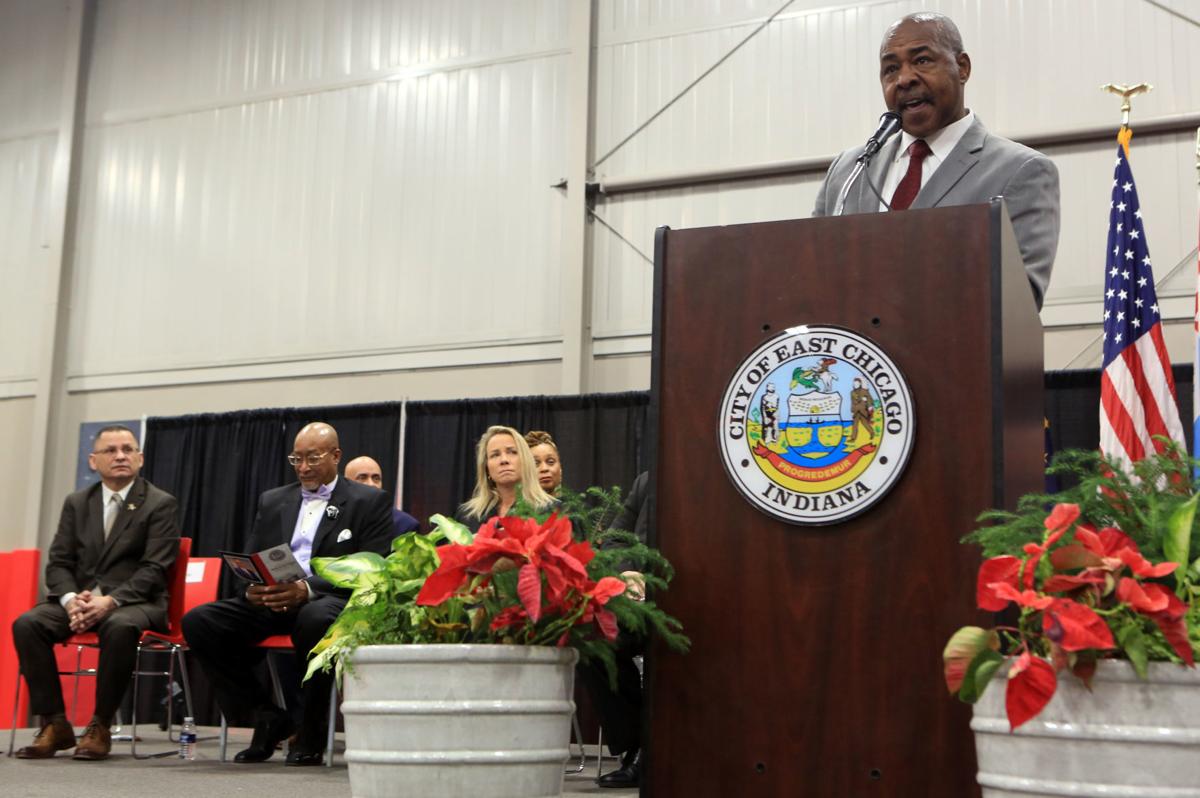 An EPA sign warning residents not to play in the dirt or around the mulch is seen in summer 2016 at the West Calumet Housing Complex in East Chicago.

The site of the demolished West Calumet Housing Complex in East Chicago is seen in July. The public housing complex was evacuated in summer 2016 after dangerously high levels of lead and arsenic were discovered in the soil by EPA. The state's housing authority recently announced it is seeking qualifications from nonprofits to build single family-homes there once EPA excavates the site.

The move away from future residential use has sparked worry among residents who live in adjacent neighborhoods and anger among those who say they feel "betrayed" by Copeland's abandonment of the fight for a more stringent cleanup there.

But Copeland and his staff is arguing any housing development there would be doomed from the start because of the extent of the contamination and a state law that governs housing standards.

Officials with the U.S. Environmental Protection Agency, which is overseeing cleanup of the Superfund site, have said they will likely clean up to a lesser extent if future use is non-residential or industrial, leaving more contaminated dirt behind.

For the last three years, residents and their attorneys have been pushing the EPA to dig the polluted Superfund site to native sand — the most stringent cleanup option on the table.

"It’s astonishing, especially with how strong he came about saying that he wanted cleaned up to native sand, and all of that. His decision is going to affect the cleanup of the (Calumet neighborhood,)" said Maritza Lopez, an East Calumet resident and member of the EPA Community Advisory Group.

"We want it cleaned up correctly, but by changing it this way, EPA is going to choose the lesser plan, and the surrounding neighborhood will be affected. That’s a big concern," she said.

Copeland's change of heart comes months after he told EPA he wanted the property cleaned to residential standards.

Copeland sent a letter to U.S. Environmental Protection Agency Region 5 Administrator Cathy Stepp on Dec. 16, stating he has signed a letter of intent to sell to Industrial Development Advantage, LLC.

"On behalf of the City of East Chicago, I have recently signed a letter of intent with Industrial Development Advantage, LLC ... to sell the 49-acre site within Zone 1 formerly occupied by the West Calumet housing complex. IDA's intent is to develop the parcel for a logistics and distribution campus and warehousing complex," he wrote Dec. 16 to the EPA.

In the letter, he asks the EPA to postpone its decision on cleanup of the property until all parties can meet and determine the appropriate remediation plan "to ensure the successful redevelopment of the property."

The Times asked how Copeland's administration included community members in the decision-making process, but did not receive a response.

Akeeshea Daniels, a former West Calumet resident, and Sherry Hunter, a member of Calumet Lives Matter and former resident, said they are upset with Copeland's decision.

"It's not just us. A lot of people are not happy with the things he's doing," Hunter said. "We were betrayed. Those residents, when they left, they wanted to move back. We never expected this. This will change the neighborhood."

Daniels, one of 1,200 residents evacuated three years ago, said she and other residents have been meeting with the mayor and his staff over the year, but no one mentioned selling the property to an industrial firm.

She said Copeland has focused all the city's money and resources on beautifying the Harbor section, and has done little to improve the Calumet area.

"We still have this Harbor versus Calumet mentality. To me, instead of beautifying all of E.C., he's only beautified one side. Why not do the same for over here? Why did you overlook that?" Daniels said. "He basically lied to us this entire time. We were thrown off by that. He didn't tell us anything."

'I reserve the right'

Early last year, the city enlisted the Lake County Economic Alliance, a countywide economic development group, to solicit commercial/industrial project proposals at the West Calumet site. At the time, Copeland said he still favored EPA cleaning to residential standards, and that he supported community groups' desire for housing development there.

However, Copeland equally acknowledged the challenges of attracting housing developers there if the EPA moves forward with its preferred cleanup plan — which digs to 24 inches and places deed restrictions and relies on institutional controls at the site.

In a statement, Copeland's administration said he long fought for the U.S. Environmental Protection Agency to clean West Calumet, also known as Zone 1, to a residential cleanup standard.

“I reserve the right to explore any and all development opportunities for Zone 1. I’ve worked exclusively and inclusively with the EPA and HUD. I have asked the above agencies to pause the release of (EPA's) ... decision so that all opportunities can be explored. Some of the hardest sites to develop are Superfund Sites and Brownfield (sites)," he said in a statement.

Indiana's residential building code requires a minimum foundation depth for any residential building to be 3 feet, but the EPA and the industrial companies paying for the cleanup "have made it abundantly clear that they are only willing to pay to clean up to a depth of no more than two feet," Copeland said.

"We know that the contamination and debris from the long-abandoned lead paint and processing operations in Zone 1 go down to a depth of 10 feet and beyond. Thus, it's been communicated to the Mayor that the cleanup to a standard would allow the elimination of risks to a degree that would allow safe residential development to occur in Zone 1 is an impossibility," Copeland said.

In light of that reality, Copeland's administration said he left the door open to developers, always insisting that any development which occurred in Zone 1 would either be residential or development compatible with new residential homes slated for the neighborhoods to the east, Calumet and East Calumet.

Those neighborhoods are part of the same USS Lead Superfund site subject to EPA cleanup.

EPA long said they planned to dig up the contaminated yards in the public housing complex site while residents remained living there, but the agency quickly shelved those plans in summer 2016 after the East Chicago Housing Authority expressed a desire to demolish instead.

That summer, the city and the East Chicago Housing Authority ordered more than 1,000 residents at the complex to relocate after learning EPA had found lead concentrations of up to 45,000 parts per million in the top six inches of soil there.

Since at least 2017, Copeland has publicly expressed a desire to clean the property to residential standards.

That year, Copeland suggested the USS Lead Superfund site, if remediated correctly, could "become a model for EPA on adaptive reuse, help create HUD support for demolition and new housing at the site, and be catalyst for state support of housing development at the site."

More housing on the way

In his statement, Copeland said he has partnered with the Indiana Housing Community Development Authority to fund the development of 10 new single-family homes in those neighborhoods.

The city and IHCDA selected Safe Haven, a Chicago nonprofit, to design model homes in the Calumet neighborhoods, he said. The developer is responsible for past projects such as Heckaman in Napanee, and other neighborhood residential development in Fremont, the statement said.

The city has committed $1.2 million dollars to the first phase of construction, which is slated to start in the spring of this year.  Also, the city is structuring the financing such that there is a revolving loan option that will allow for future phases of development in those neighborhoods.

Daniels said she was excited when the state and Copeland first announced plans for more housing, but with a logistics/warehouse complex next door, "no one is going to want to move there."

She said the increased truck traffic and diesel fumes is a detriment to the neighborhood and will likely deplete property values even further.

Critics who wanted West Calumet to return to residential have claimed Copeland waited until after his reelection to tell the EPA his plans so he stayed in good political favor with voters. Daniels said many who were evacuated from West Calumet thought the mayor would rebuild housing there so they could return one day.

"He should have just been honest from day one, instead of having us wait all this time, thinking maybe we could return," Daniels said.

As of Jan. 6, there is little information online to be found about Industrial Development Advantage, LLC, records show.

Wyoming's website for the Secretary of State's lists a firm by that name with a creation date of Dec. 2, 2016. The firm has an address listed in Ogden, Utah.

A website for the company by the same name — https://industrialdevelopmentadvantage.com/ — has been created but appears underdeveloped.

EAST CHICAGO — The Environmental Protection Agency's long, troubled history within the USS Lead Superfund site was put under the spotlight at …

QUIZ: What type of Halloween candy are you?