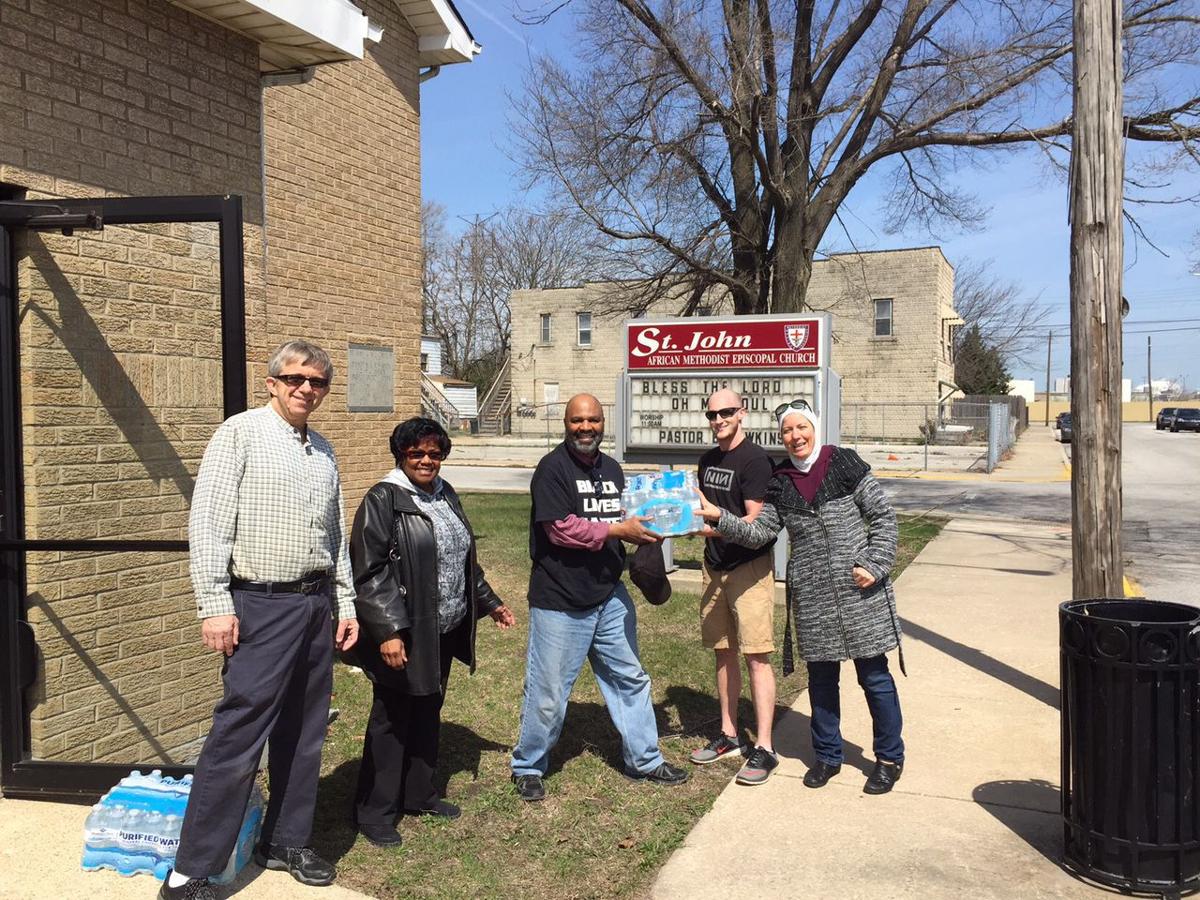 From left, Tom Szczepanski; the Rev. Bonita Hawkins, of St. John AME Church in East Chicago; Ron Gibson; Drew Wenger; and Khouloud Kawamleh pose for a photo after a bottled water delivery Wednesday for residents affected by the lead crisis in East Chicago. 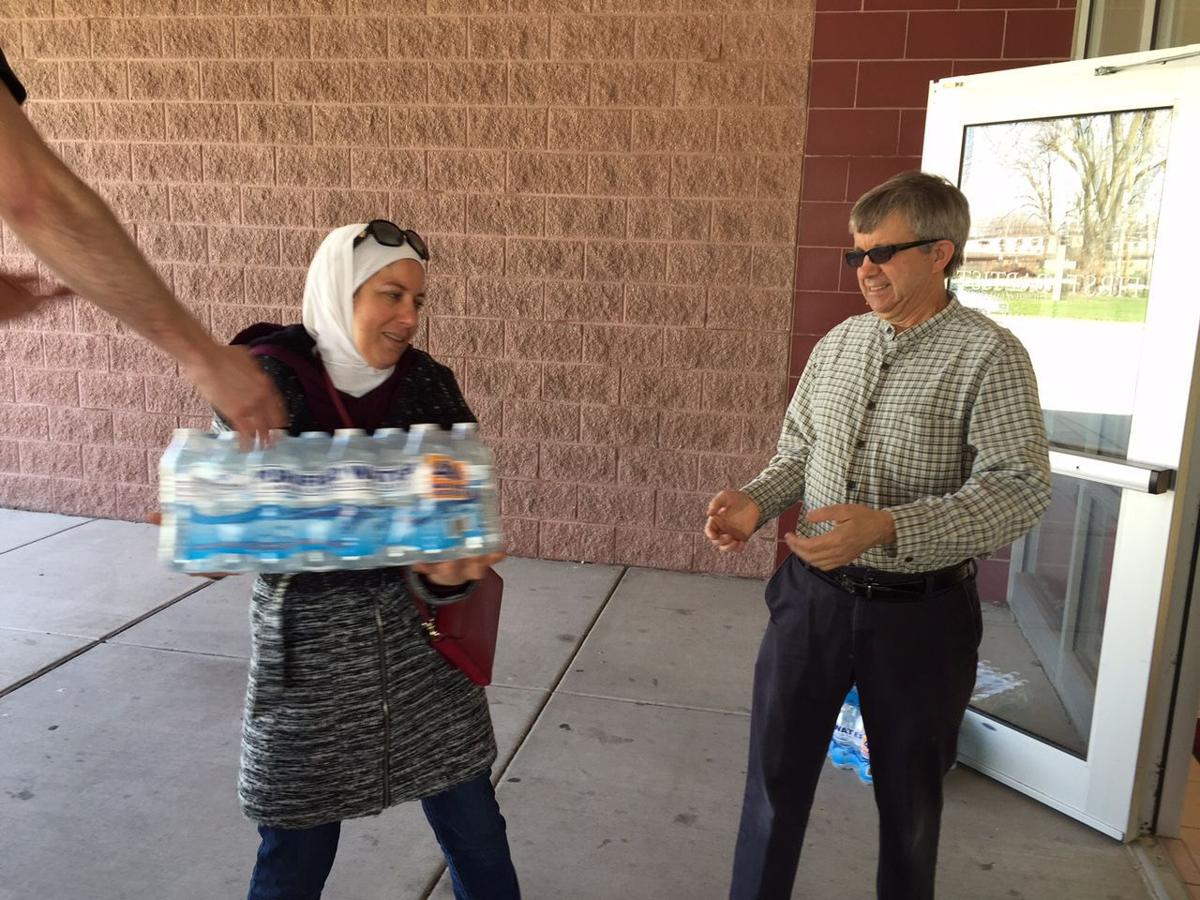 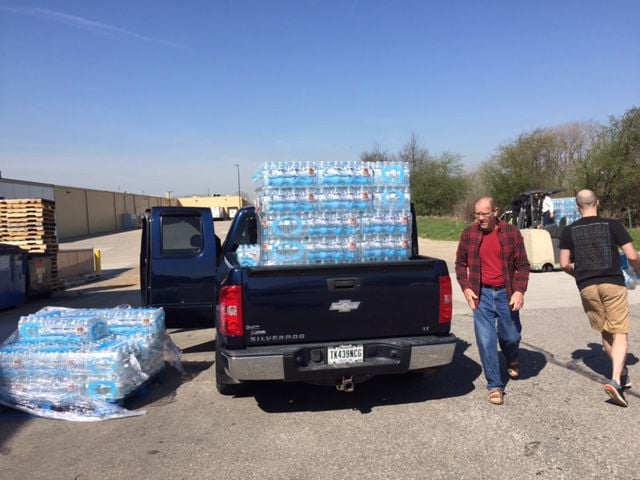 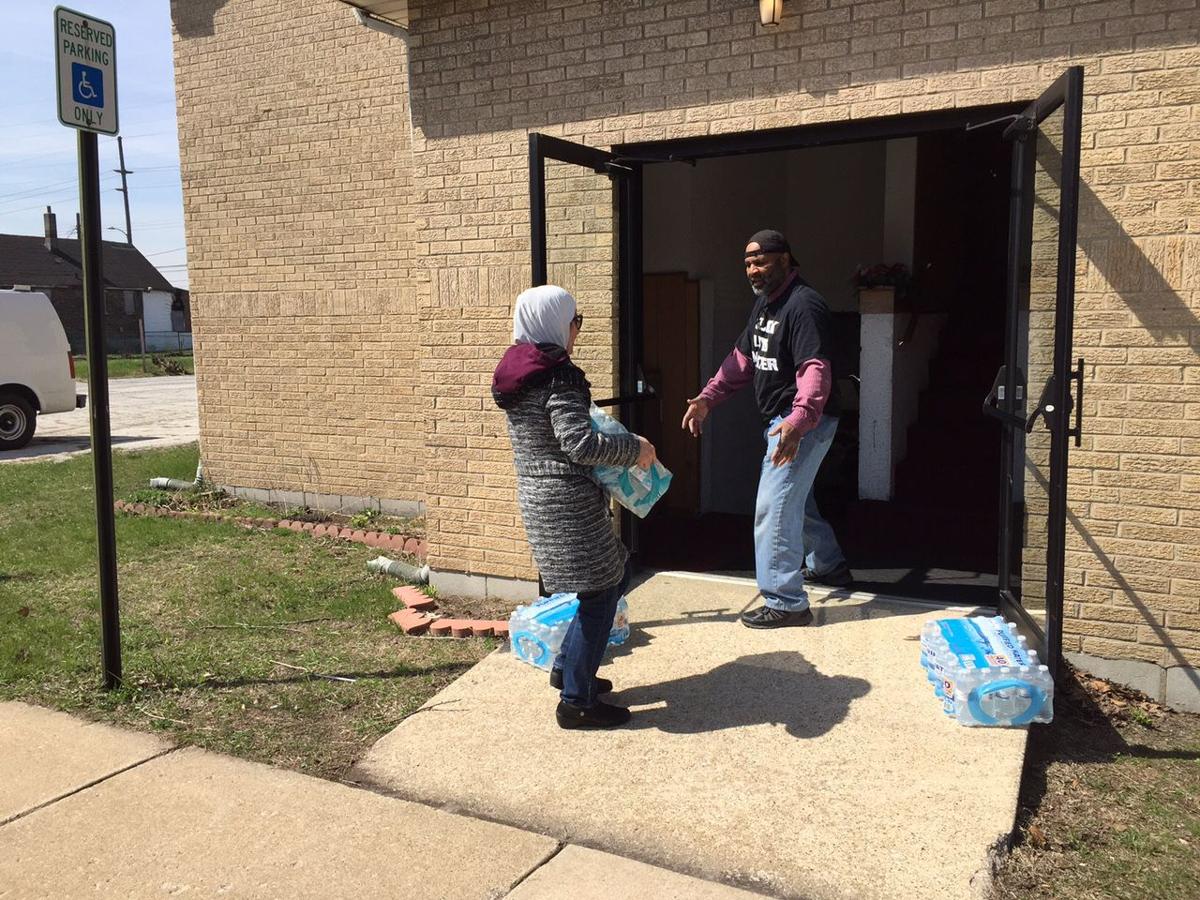 Khouloud Kawamleh said she and Ranya spoke to an East Chicago resident during the rally about the lead crisis, and Ranya became determined to help.

"She loves the community," Khouloud Kawamleh said of her daughter, who serves on the board of the Islamic Center's youth group. "She loves to connect with the community around us, to reach out."

Khouloud Kawamleh, a Syrian American, said it was a joy to see the happiness in the faces of church leaders as the water was delivered.

The center has been working to be more active in the community and has participated in interfaith events, she said.

The Environmental Protection Agency began a cleanup of lead- and arsenic-contaminated soil in the area last summer.

EPA tested water as part of a pilot study to determine if excavation work can cause lead to become dislodged from pipes and enter the water supply. However, the federal agency found elevated lead levels in water at 18 homes before any digging began.

EPA said the problem is likely to be systemwide and has recommended all water customers assume they have lead lines and filter any water used for consumption.

Lead in the water and lead in the soil are not related, but residents exposed to both face cumulative health risks. A contractor for the Indiana Department of Environmental Management began distributing water filters to residents in zones 2 and 3 of the Superfund site Monday.

Blue Valpo has been coordinating with the Community Strategy Group for bottled water donations for residents in all three residential cleanup zones in the Superfund site.

More than a year before the U.S. EPA found dangerous lead levels in drinking water at 18 East Chicago homes, the city began using a chemical t…

Complete Coverage: East Chicago grapples with lead and arsenic for over a year

EAST CHICAGO — The Indiana Department of Environmental Management will provide water filters for residents of a Superfund site where the U.S. …

Several community groups petitioned the EPA on Thursday to immediately act to protect residents from lead in their drinking water.

The Indiana State Department of Health data includes not only venous blood draws, which officials refer to as "confirmed" results because they…

From left, Tom Szczepanski; the Rev. Bonita Hawkins, of St. John AME Church in East Chicago; Ron Gibson; Drew Wenger; and Khouloud Kawamleh pose for a photo after a bottled water delivery Wednesday for residents affected by the lead crisis in East Chicago.