EPA digs up lead, arsenic from old school grounds
Share this
{{featured_button_text}}
1 of 9 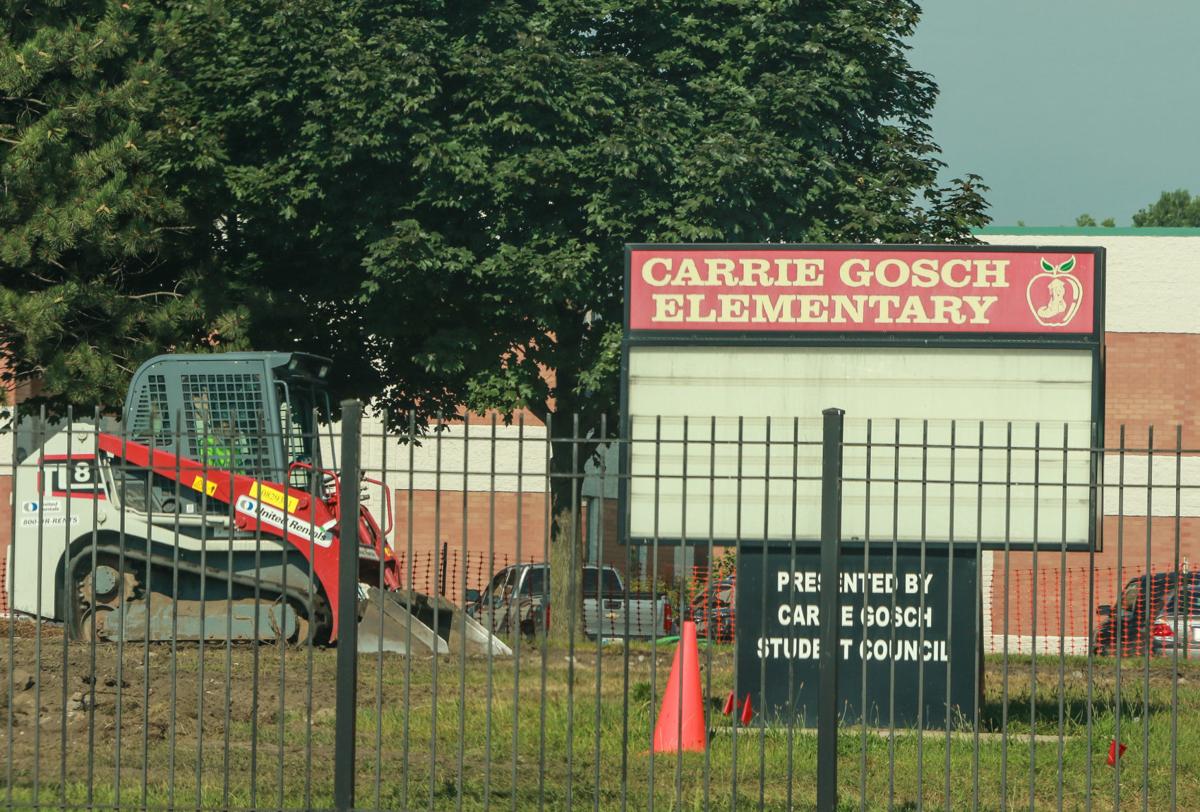 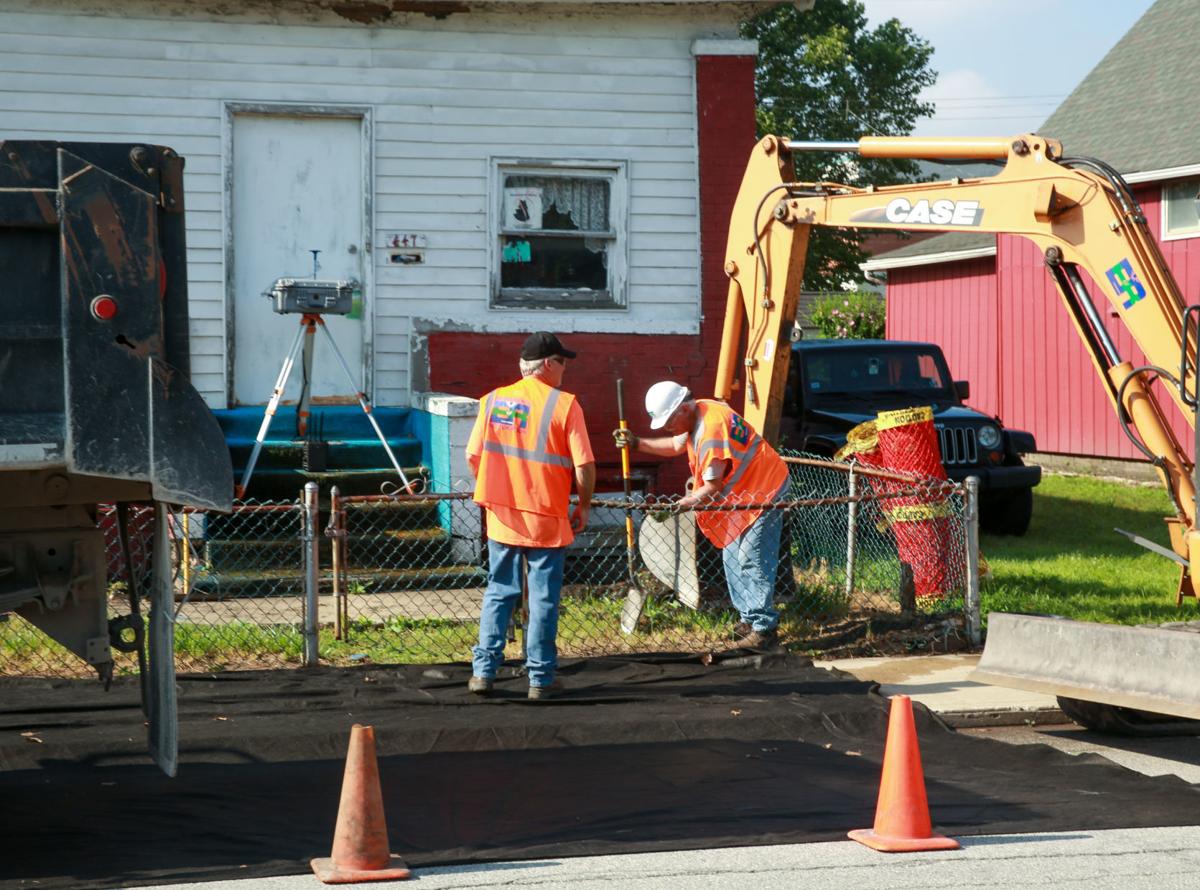 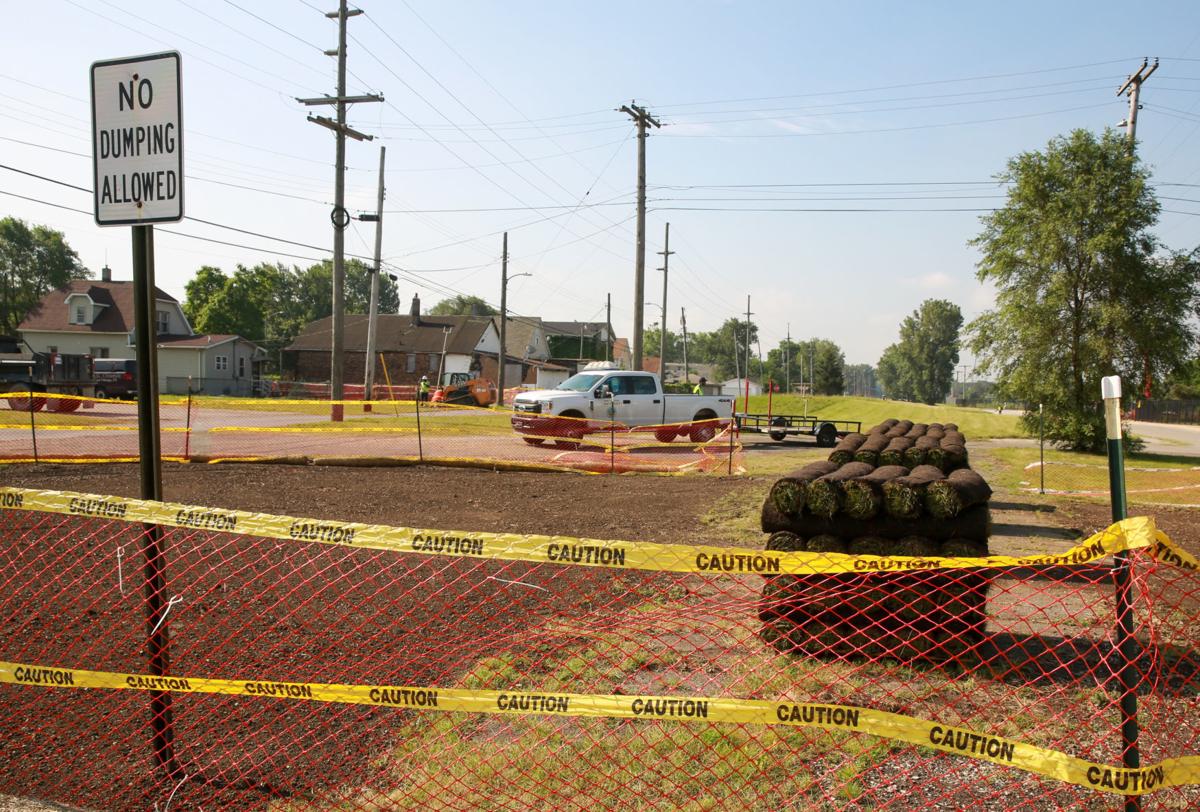 New sod waits to be planted in a lot near the old Carrie Gosch Elementary School in East Chicago. 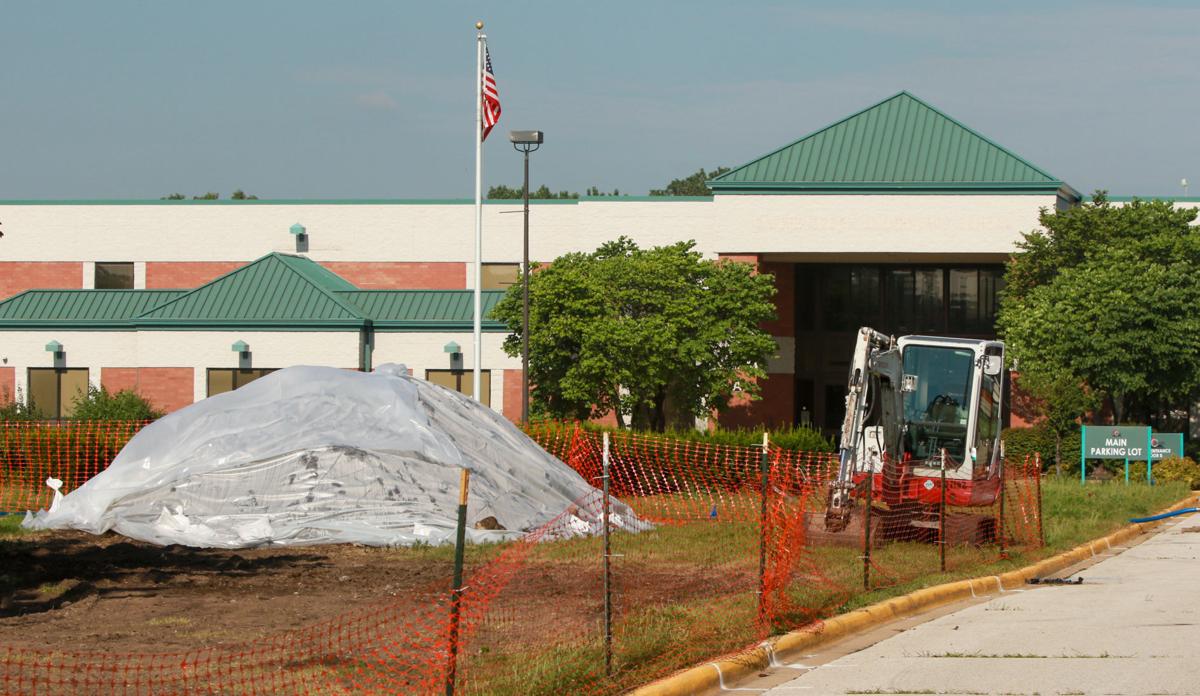 A tarp covers a pile of dirt in front of the old Carrie Gosch Elementary School in East Chicago. 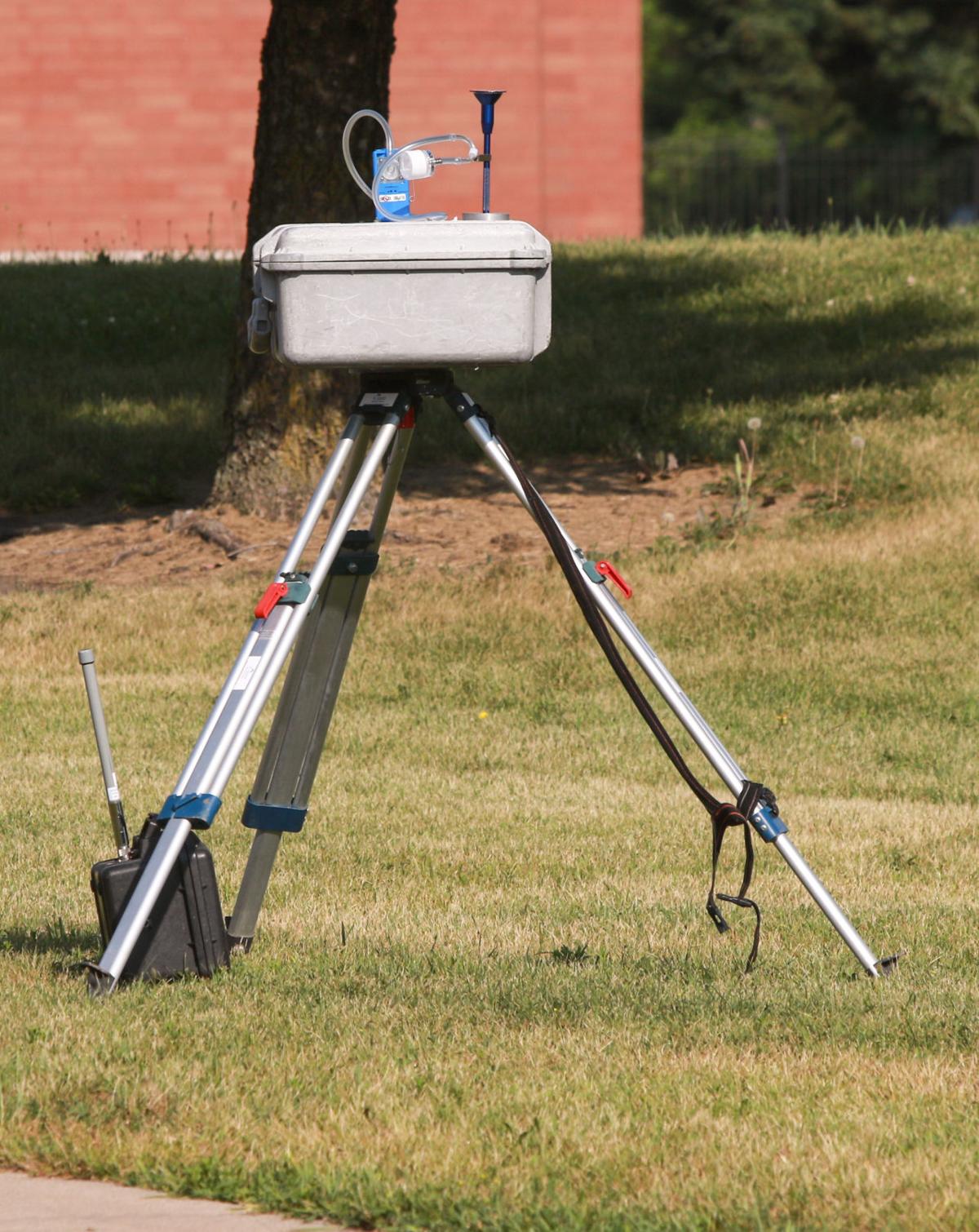 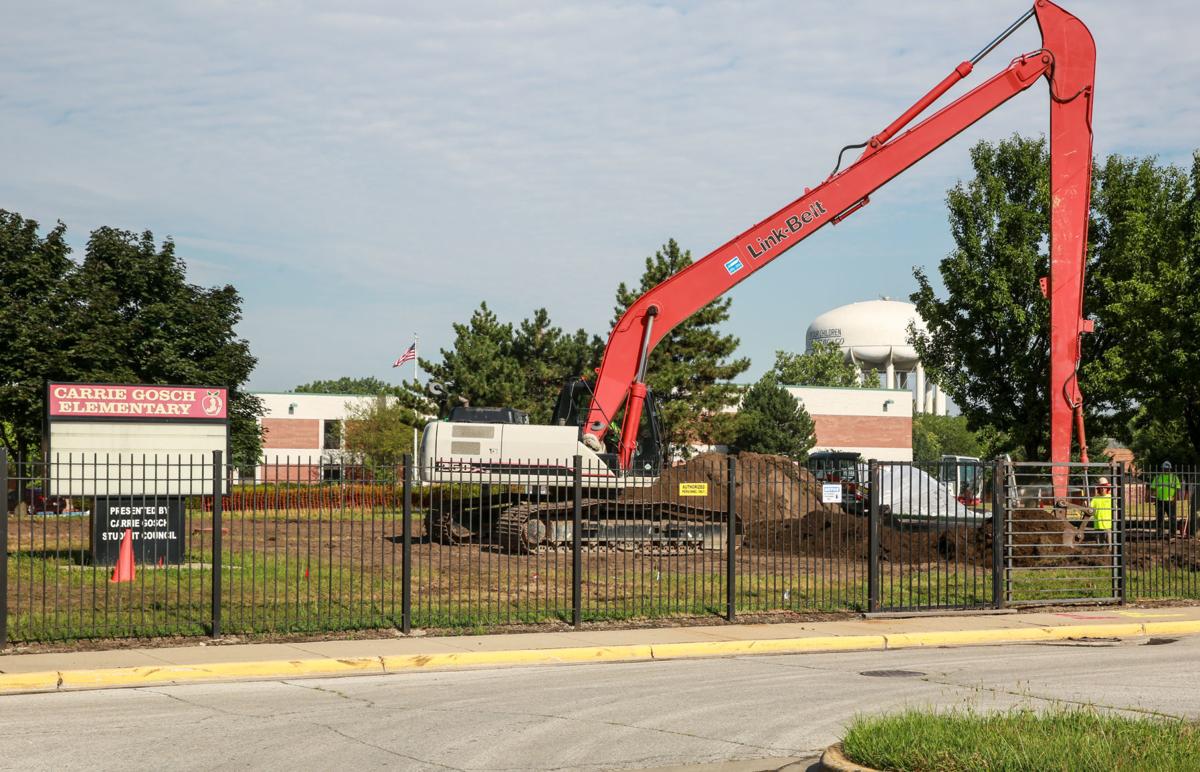 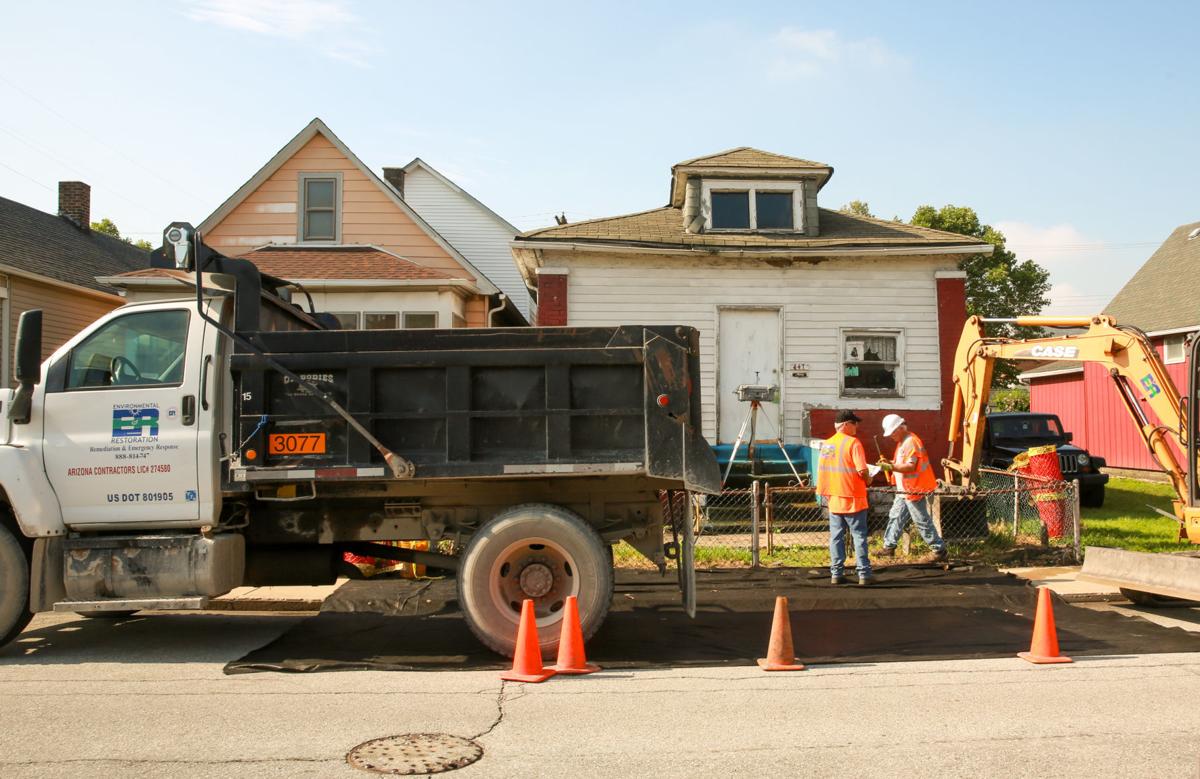 An excavator is used to remove contaminated soil from in front of the old Carrie Gosch Elementary School in East Chicago. 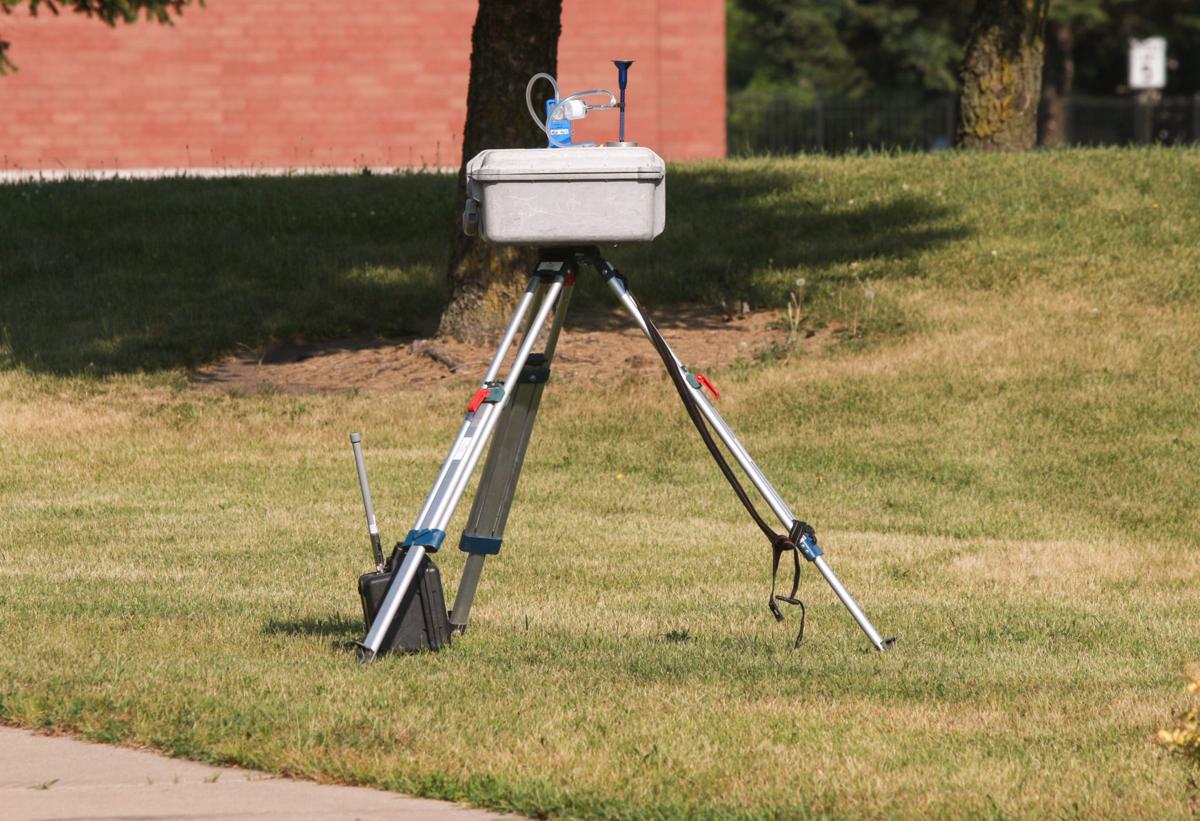 The cleanup began July 8 despite a local advocacy group raising concerns that the site requires further investigation and sampling before the agency can properly unearth the contamination there.

“The fact that we raised these concerns several months ago, and the EPA proceeded to move forward without addressing these concerns, once again shows EPA’s failure to communicate effectively with residents,” said Mark Templeton, an attorney at the University of Chicago Law School's Abrams Environmental Law Clinic working with the local group.

Templeton said the EPA's Office of the Inspector General recently paid a visit to East Chicago as part of its investigation into the EPA's effectiveness and timeliness in communicating health risks to East Chicago and other communities across the U.S.

EPA officials have said the Superfund cleanup is being conducted under a previously agreed upon 2012 Record of Decision, for which the agency fielded public comments at that time. Agency officials also note they sent out an informational flyer to the community ahead of cleanup.

The EPA's federal Superfund program allows the agency to secure cleanup dollars through potentially responsible parties — or industrial companies or subsidiaries of those companies ultimately deemed responsible for the pollution.

Contractors hired by DuPont, Atlantic Richfield Company and Chemours are conducting the cleanup with oversight by EPA, the agency reported.

The excavation digs to 24 inches in depth across 1.2 acres of soil east of the school building’s main parking lot in the 400 block of East 148th Street. The school is located within Zone 1 of the USS Lead Superfund site.

On a recent afternoon, massive piles of dirt covered by tarps could be seen from the property entryway. EPA officials report the dirt is the top 18 inches of clean soil excavated. That material had to be removed to address the contaminated dirt below it.

EPA officials noted restoration of the grounds will continue into August. The cleanup cost is currently estimated at $1 million.

Templeton said several of the Community Advisory Group’s concerns still stand, including that the EPA relied too heavily on X-ray Fluorescence testing. The group argues XFR readings, according to EPA's own documents, are not a scientifically accurate or appropriate way to test for arsenic, particularly when arsenic and lead are present together.

The CAG argues EPA should redo its soil sampling at Carrie Gosch and send the results to the laboratory.

The group also argued past sampling taken by the EPA there was rather minimal, “especially considering known contamination was identified there in the late 1990s, and no records have been made available to establish the soil was ever remediated."

Templeton said the EPA erodes the community’s trust when they push forward with cleanup like this before addressing outstanding questions about testing and scope.

EPA reports samples were collected from about 47 locations across the 4.9 acres not covered by buildings or parking lots. Officials there said they believe the samples collected from 10 locations within the 1.2-acre area targeted for cleanup are sufficient.

Three years have passed since Paige McNulty, the school district’s superintendent, hastily relocated hundreds of school children after dangerous lead levels were discovered in yards just south of the property. Since that time, the $36 million building’s future remains largely unknown.

A security group lobbied the state Legislature in 2017 to take over the building with plans to convert it into a crime intelligence and public safety communications center. But that didn’t work out, according to Munster Police Chief Steve Scheckel. Scheckel serves as president of the Northwest Indiana Information Sharing and Security Alliance, a public-private partnership.

He said the school district wasn’t interested in giving away the building, instead seeing it as a valuable asset for potential sale.

McNulty told the Times last week EPA continues to rent space at Carrie Gosch for use as its headquarters during excavations of neighborhoods in the Superfund site. Maintenance staff also is housed there temporarily while a new bus barn is being built. She said the district is keeping its options open and is interested in selling or leasing the property.

Complicating the future use of the school building are a number of proposals from light industrial developers eyeing the old West Calumet site, according to Karen Lauerman, president and CEO of the Lake County Economic Alliance.

LCEA, a countywide economic development group, was enlisted by the city earlier this year to solicit commercial and industrial project proposals for the old housing site. Since that time, they received four proposals, all of which expressed interested in repurposing the school building.

One proposal came from Impact Environmental, a New York-based environmental services firm. The firm has ties to the nearby DuPont site. It’s the same company retained by East Chicago Gateway Partners to perform cleanup there.

“The Carrie Gosch property complicates things. You have several parcel owners: the parks department, the housing authority, the school. And there’s a lot of interest (from developers) in utilizing the school to its fullest potential. That’s what LCEA is all about: productive reuse of existing structures,” Lauerman said.

All four proposals received all had a job-training component, according to LCEA.

Don Koliboski, vice president for LCEA, said the organization is waiting for EPA to issue its preferred cleanup plan for the contaminated property and said they hope to present a summary of the proposals to the mayor in August.

But they don't want to get too far ahead of EPA's public announcement for a cleanup plan.

“The mayor would like it cleaned to residential standards, and we’re interested in moving something along. But we also don’t want to drive the opinion of the EPA,” Koliboski said.

Sen. Lonnie Randolph, D-East Chicago, asked the Indiana Legislature three years in a row to forgive the district for the nearly $3 million loan it used to relocate students in summer 2016. The loan was used to rehab the former West Side Junior High to make it more suitable for elementary-age students. Each year, he has been denied, Randolph said.

Randolph said Carrie Gosch remains a “good, solid building” with a lot of potential for reuse. He hopes the school can continue leasing it long-term until the right buyer is found.

Traffic switch planned tonight on I-65; southbound ramps at 109th to close

Crews will begin rerouting traffic Sunday night for a concrete pavement restoration project on Interstate 65, between U.S. 30 and U.S. 231.

EAST CHICAGO — The state's housing authority has selected a Chicago nonprofit to participate in a new workforce housing program in East Chicago.

New sod waits to be planted in a lot near the old Carrie Gosch Elementary School in East Chicago.

A tarp covers a pile of dirt in front of the old Carrie Gosch Elementary School in East Chicago.

An excavator is used to remove contaminated soil from in front of the old Carrie Gosch Elementary School in East Chicago.