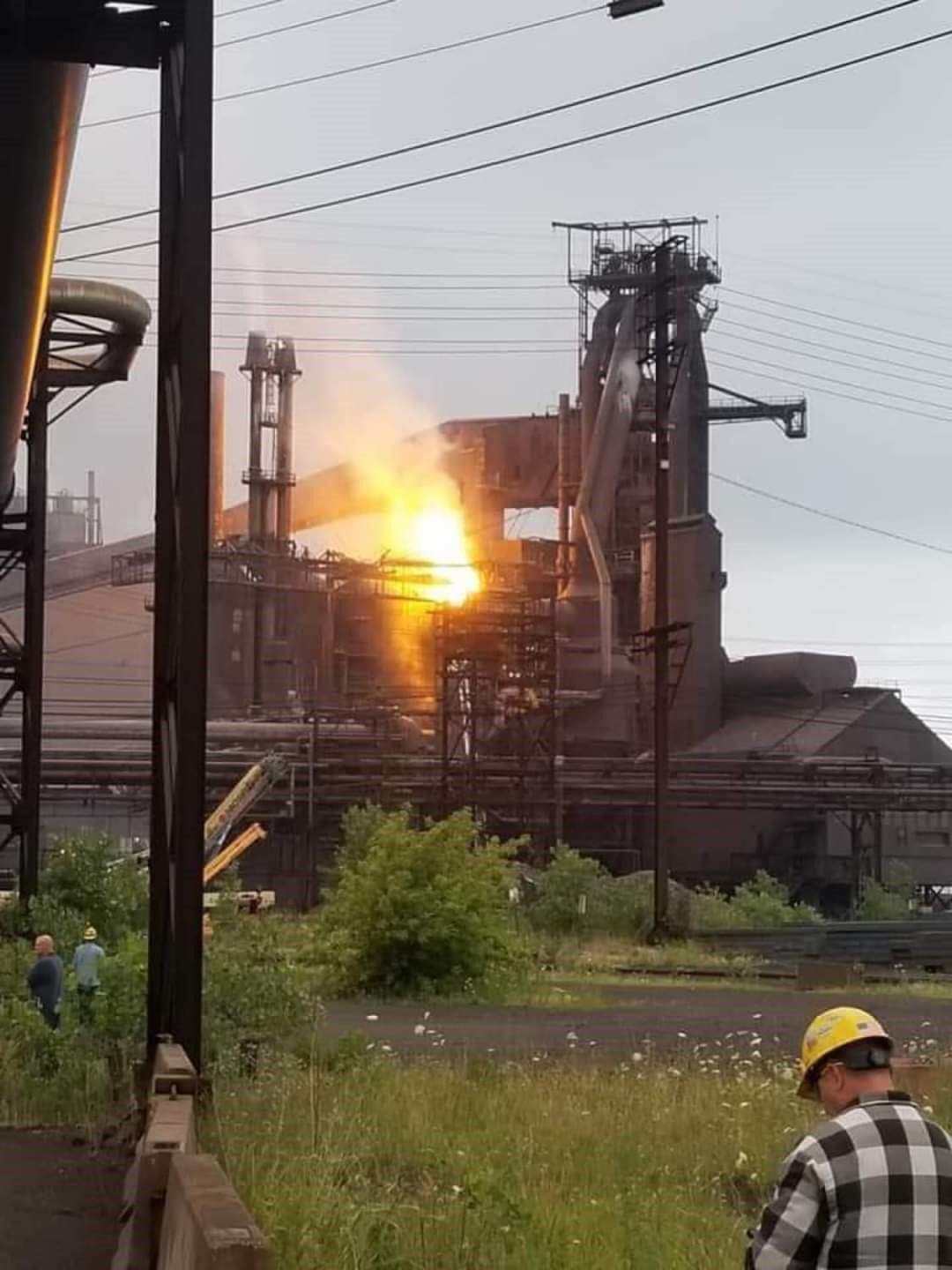 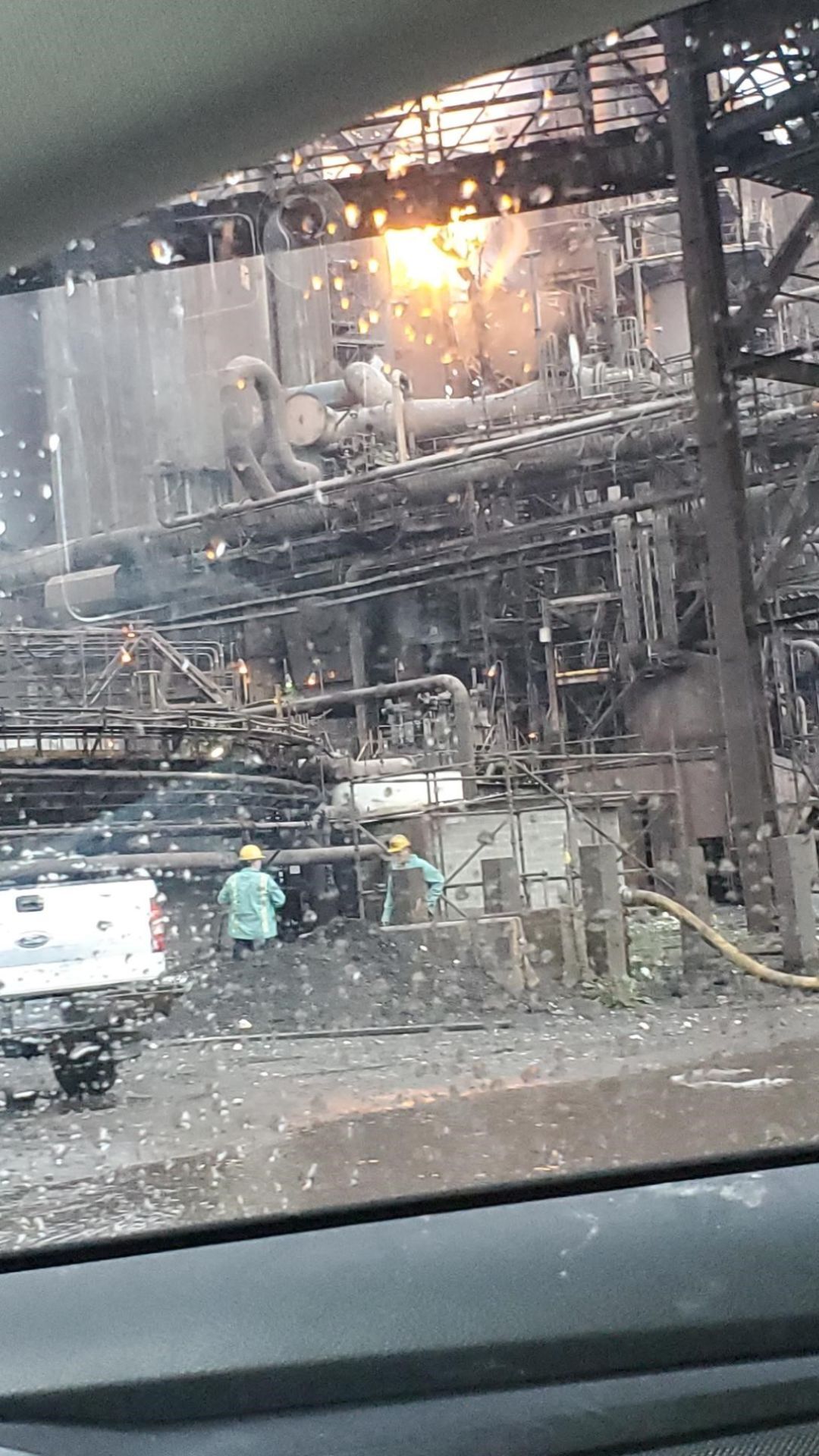 No one was reported injured in an explosion and fire at ArcelorMittal Burns Harbor's blast furnace D on Thursday morning. 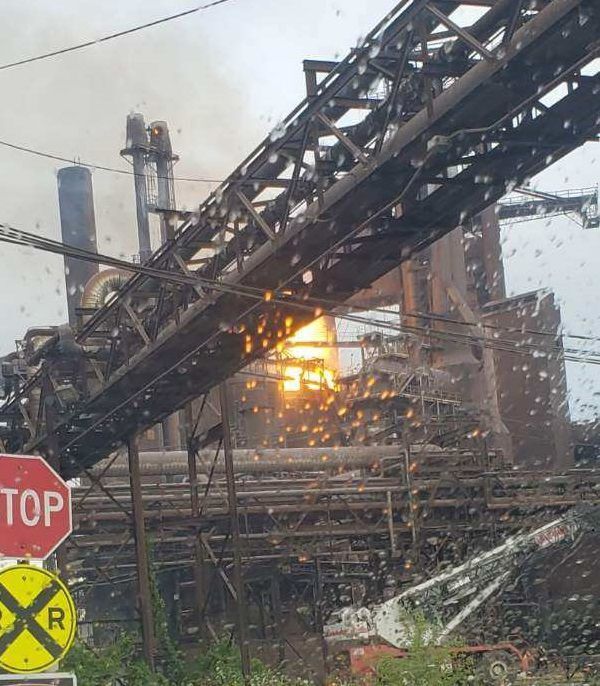 "There were no injuries," Arney said. "Everybody was accounted for and made it out safely. Fire is out and all fire units are back in service. The cause of the fire/explosion is still under investigation."

In a statement, Steers said the fire was caused by a stove dome failure, and the furnace was safely taken offline.

"We are thankful there are no injuries as a result of the incident. We are creating a timeline for repairs and the company does not anticipate any impact on our ability to meet customer demand," Steers said.

A video posted to social media showed the explosion at Blast Furnace D showered the mill with the shrapnel of large chunks of burning hot white refractory, the interior lining that protects the blast furnace shell from the super-heated temperatures within during the steelmaking process, suggesting that significant damage occurred.

"Explosion rocked the whole power station," a steelworker off-camera said in the video. "This has been going on for five minutes now."

"One of the biggest bombs in Northwest Indiana, folks," another off-camera steelworker said.

Another video showed a massive fireball giving off sparks.

The blast could have been much worse, United Steelworkers District 7 Director Mike Millsap said.

"We do not know what caused it or the how much damage was done," he said. "We may not know until tomorrow or the next day. We are very fortunate that there was nobody in the immediate area."

The Indiana Department of Environmental Management responded to the explosion at ArcelorMittal and staff did not find any negative impacts to receiving waterways, said Ryan Clem, IDEM director of communications.

However, IDEM has asked ArcelorMittal to increase sampling out of an abundance of caution. The agency will continue to investigate the incident, Clem said.

Gallery: Steelworkers rally at ArcelorMittal in 2015

ArcelorMittal backs down off premiums for steelworkers

A woman has been arrested after images and videos posted to social media of cats and dogs being hanged and skinned were reported to police.

NIPSCO is working with firefighters and first responders to ensure everyone at the scene is safe, a company representative said.

NIPSCO buried ash created by burning coal to generate electricity at the Bailly facility in Chesterton in the 1960s and 1970s, EPA said. The waste is about 25 feet underground and is affecting nearby Indiana Dunes National Park.

U.S. Steel is restarting another blast furnace at Gary Works as the steel industry recovers from the COVID-19 pandemic that resulted in the temporary layoffs of thousands of steelworkers.

Authorities have identified the man who was killed by a coil tractor at ArcelorMittal Indiana Harbor in East Chicago in an accident Tuesday.

ArcelorMittal donated 50 truckloads of limestone, which is used during the steelmaking process, to pave the way for the new Veterans Memorial Trail in Hebron.

ArcelorMittal laid off hundreds of employees, including 877 in East Chicago.

In May, the Luxembourg-based steelmaker idled the #4 Blast Furnace at its Indiana Harbor steel mill after automotive plants nationwide shut down for a deep cleaning to slow the spread of coronavirus that's killed more than 155,000 Americans.

NIPSCO has been slapped with the largest IURC fine in state history.

Just a year after ArcelorMittal discharged cyanide and ammonia into the Burns Waterway, the lakefront steel mill in Porter County continues to release excess amounts of chemicals into the tributary to Lake Michigan, an environmental group said.

NIPSCO said its average natural gas residential customer using an average of 627 therms during the five-month period between November and March should expect to pay $425 in total for natural gas, not including electric. That's up about 6% compared to last winter.

Blast Furnace D at ArcelorMittal Burns Harbor was rebuilt and has recovered after a catastrophic explosion this July.

No one was reported injured in an explosion and fire at ArcelorMittal Burns Harbor's blast furnace D on Thursday morning.