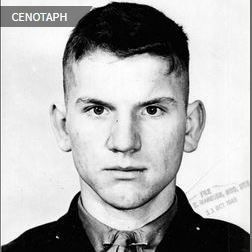 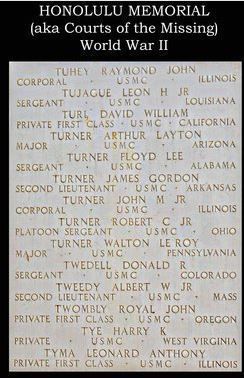 Dyer native Leonard A. Tyma was just 21 when he and fellow Marines found themselves facing stiff Japanese resistance in November 1943 on the small island of Betio in the Tarawa Atoll of the Gilbert Islands, according to the Defense POW/MIA Accounting Agency.

"Over several days of intense fighting at Tarawa, approximately 1,000 Marines and sailors were killed and more than 2,000 were wounded, but the Japanese were virtually annihilated," according to the DPAA.

Tyma died on the first day of that World War II battle on Nov. 20, 1943, during the first waves of the assault.

Yet it was not until just a few days ago, nearly 75 years after Tyma's death, that his family learned that the young man's remains had been identified last month, according to Sgt. 1st Class Kristen Duus, who serves as public affairs representative for the DPAA.

The way the process works is that casualty officers contact surviving family members with the news and then set up a time to brief the family in person on the details, she said. This initial contact was made a few days ago.

It is up to the family to decide whether to make any further details public, Duus said.

While Tyma was born in Dyer on May 27, 1922, he was living in Chicago by the age of 8, according to records researched for The Times by Lynn Jackson, reference librarian at the Lake County Public Library.

Tyma was awarded a Purple Heart and his name is listed on a Honolulu memorial dedicated to those missing from World War II, according to findagrave.com.

"A rosette will be placed next to his name to indicate he has been accounted for," according to the DPAA.

The United States service members who died in the Tarawa battle in question were buried in a number of battlefield cemeteries on the island, according to the DPAA. Remains recovery operations were conducted on Betio between 1946 and 1947, but Tyma’s remains were not yet identified.

All of the remains not yet identified by 1949 were interred in the National Memorial Cemetery of the Pacific (NMCP) in Honolulu, according to the DPAA. The agency received a unilateral turnover in 2009 of remains recovered from Betio Island.

"The battle of Tarawa was a significant victory for the U.S. military because the Gilbert Islands provided the U.S. Navy Pacific Fleet a platform from which to launch assaults on the Marshall and Caroline Islands to advance their Central Pacific Campaign against Japan," according to the DPAA.

There are 72,866 service members unaccounted for from World War II, including 26,000 that are believed to be possibly recoverable, according to DPAA.

For additional information on the Defense Department’s mission to account for Americans who went missing while serving our country, visit the DPAA website at dpaa.mil, find the group on social media at facebook.com/dodpaa or call 703-699-1420/1169.

VALPARAISO — Despite the heat soaring into the mid 90s Saturday afternoon, Harold Johnson maintained his post outside the B-24J Liberator park…

Remains identified as Marine from Dyer who died in WWII battle

DYER, Ind. — The U.S. military says human remains found decades ago on a Pacific island have been identified as those of a U.S. Marine from No…