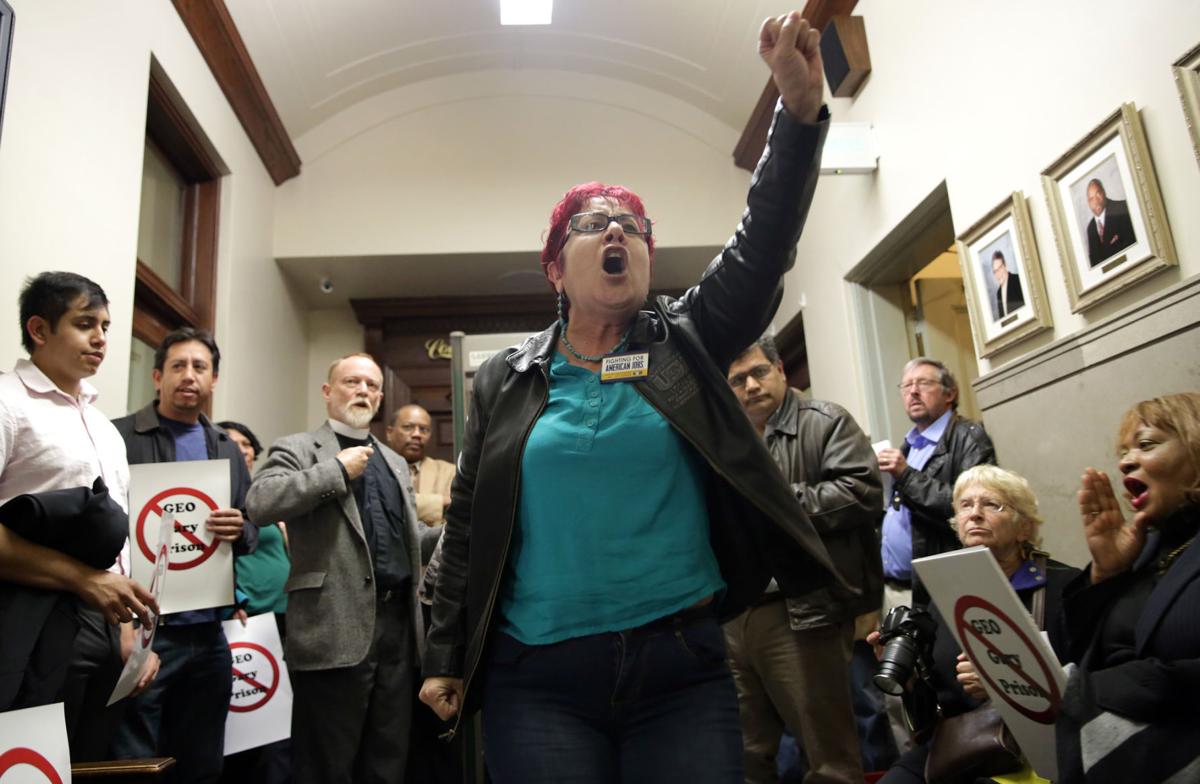 Rosa Maria Rodriguez, an opponent of a proposed immigrant detention center, speaks Wednesday to a crowd gathered outside Gary City Council chambers before a council meeting at City Hall. 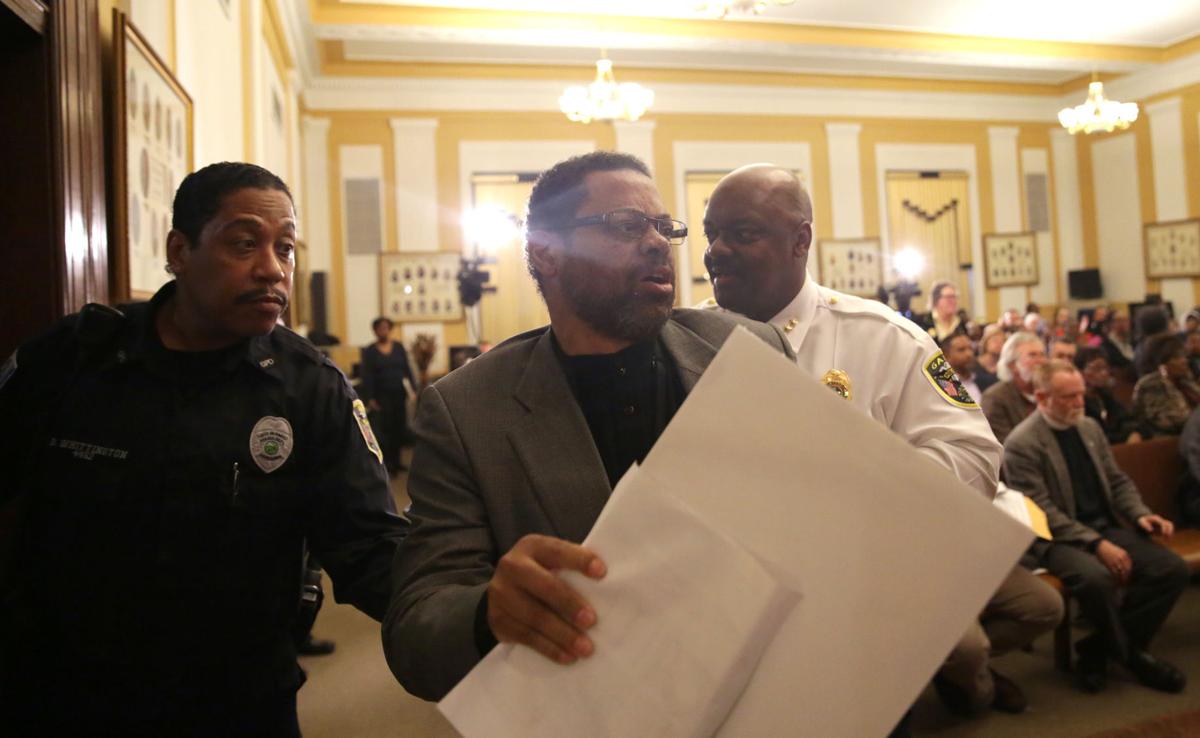 Emmett Mosley, of Gary, an opponent of a proposed immigrant detention center, is removed Wednesday from the Gary City Council chambers by police during a council meeting. 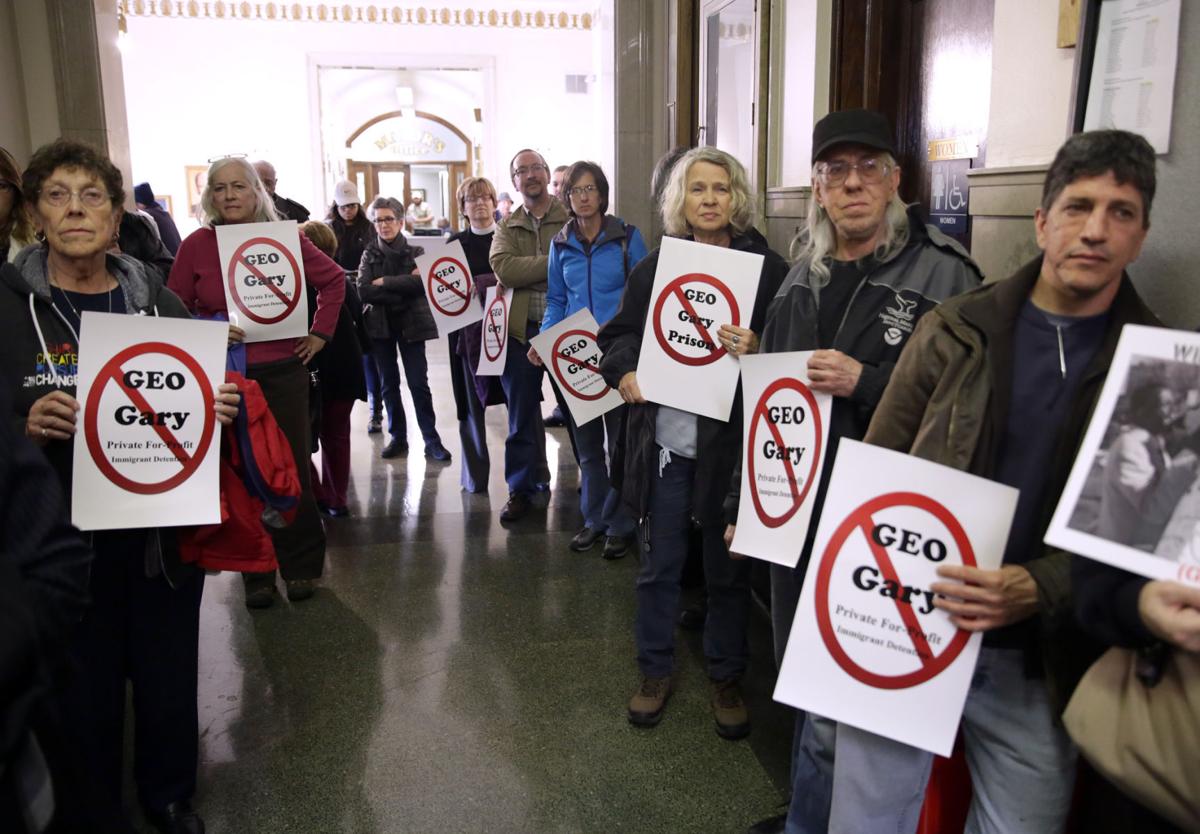 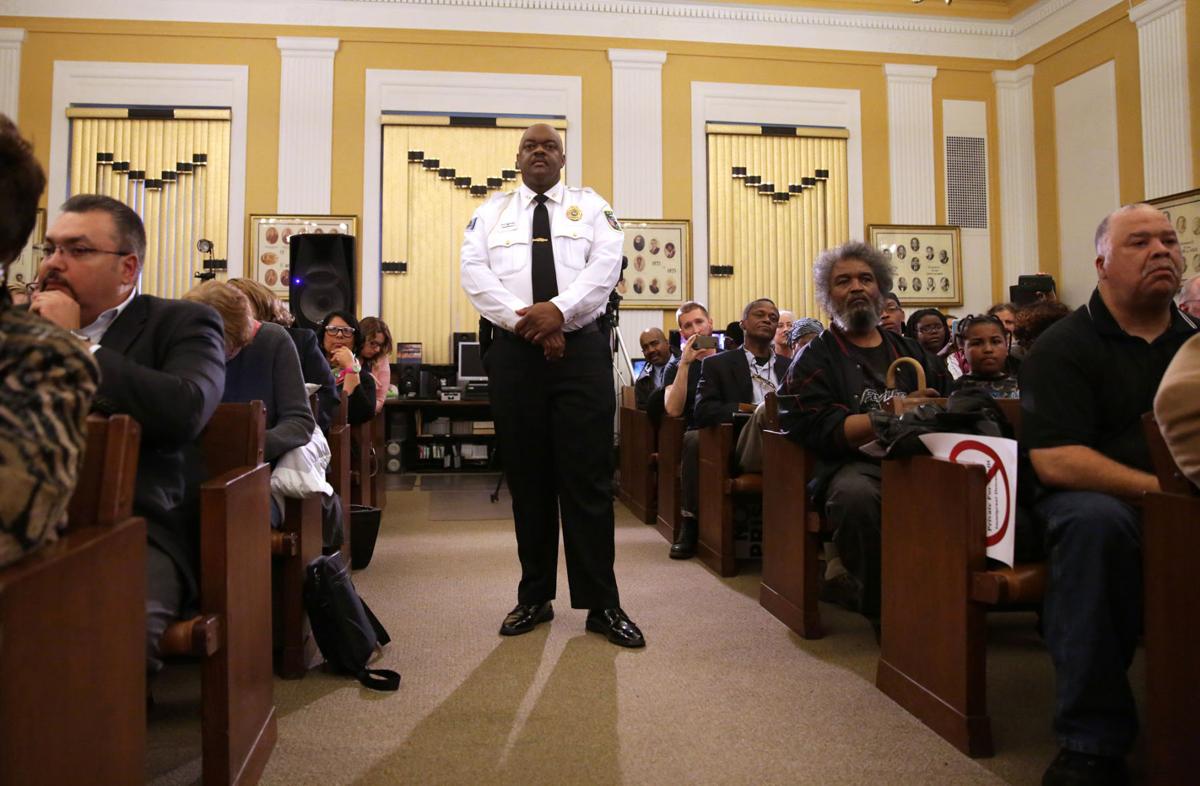 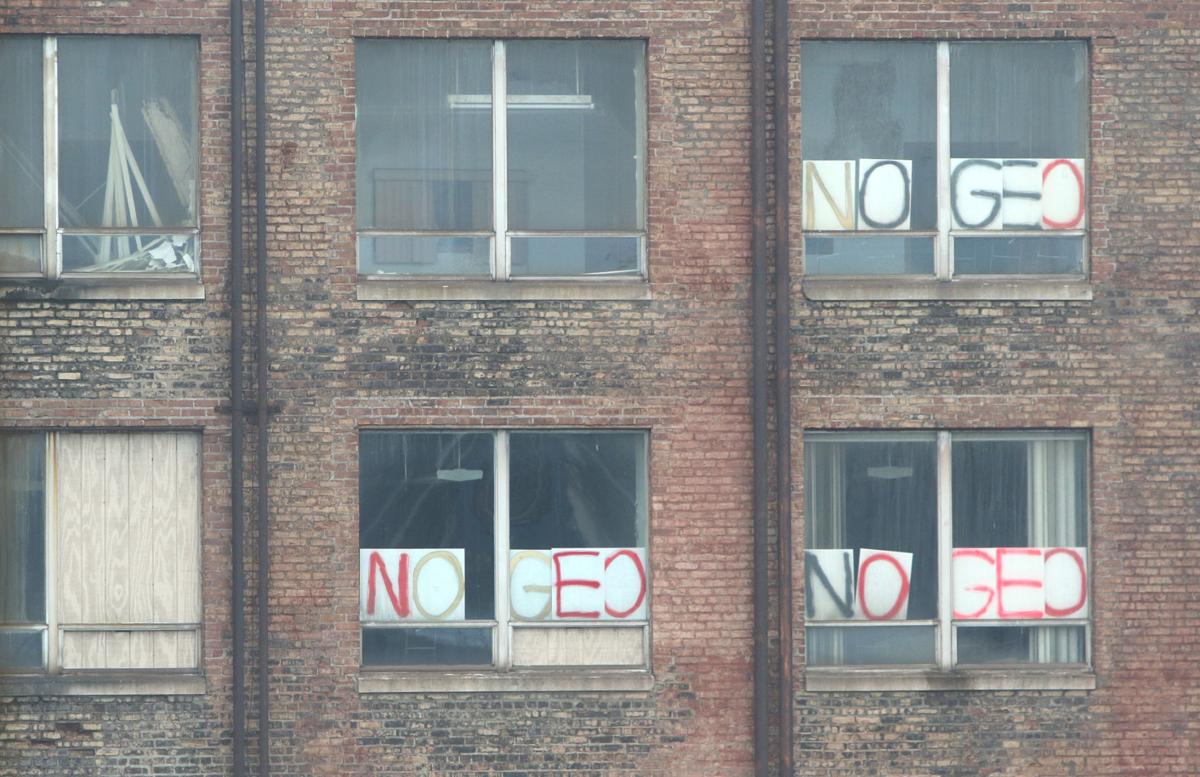 No GEO signs in an abandoned building near City Hall in Gary. 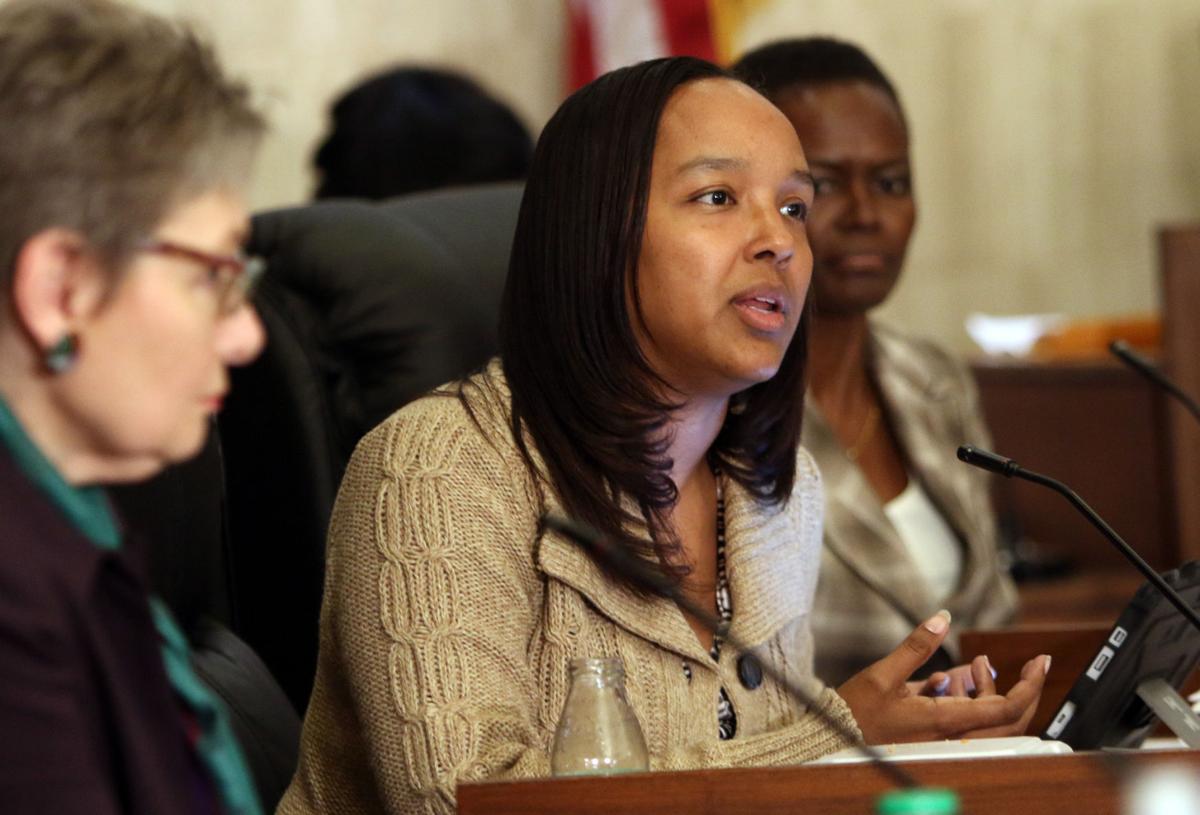 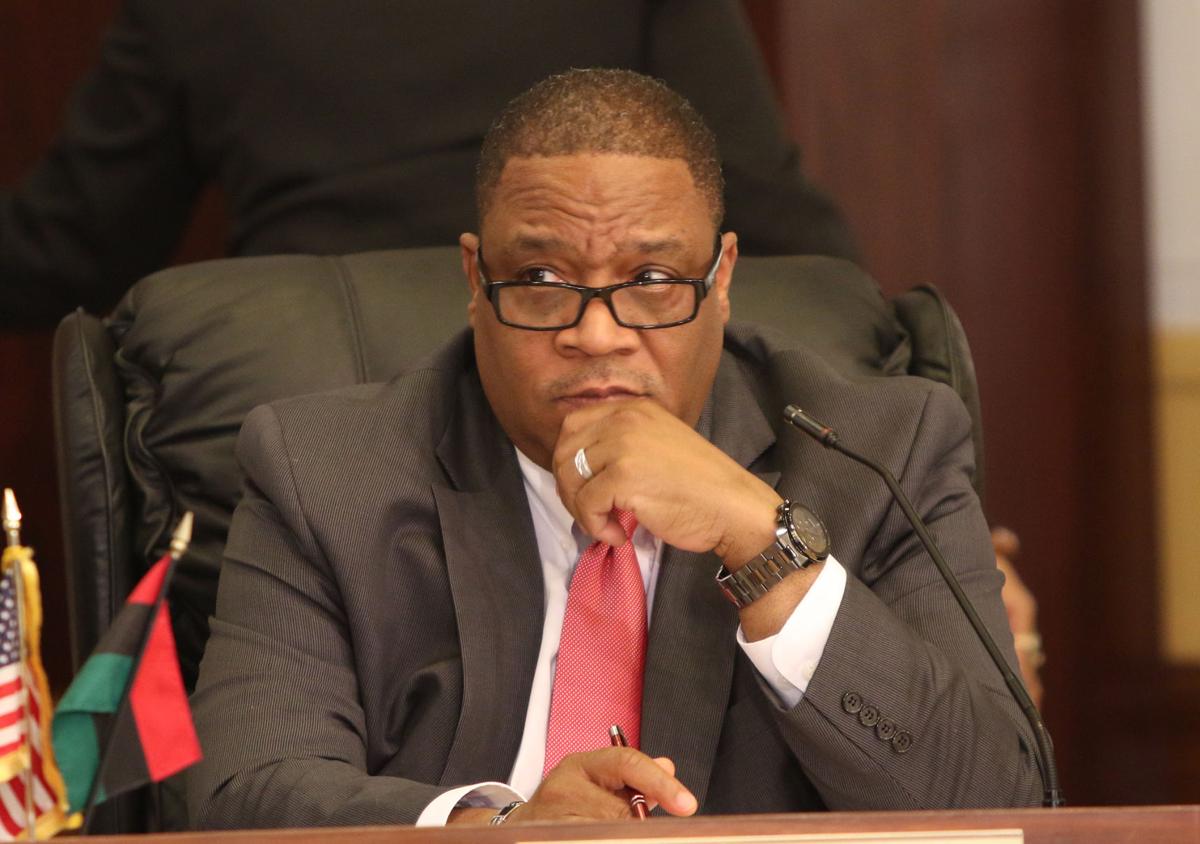 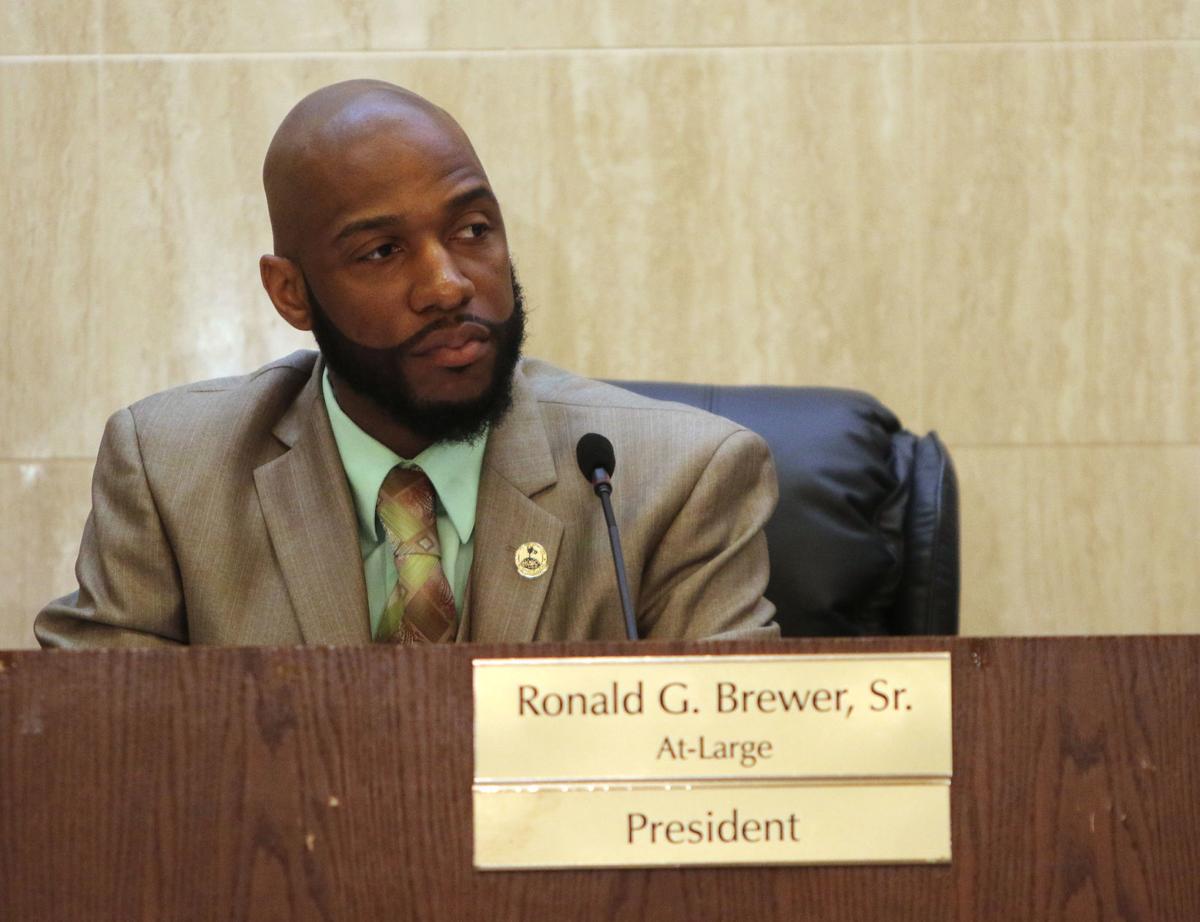 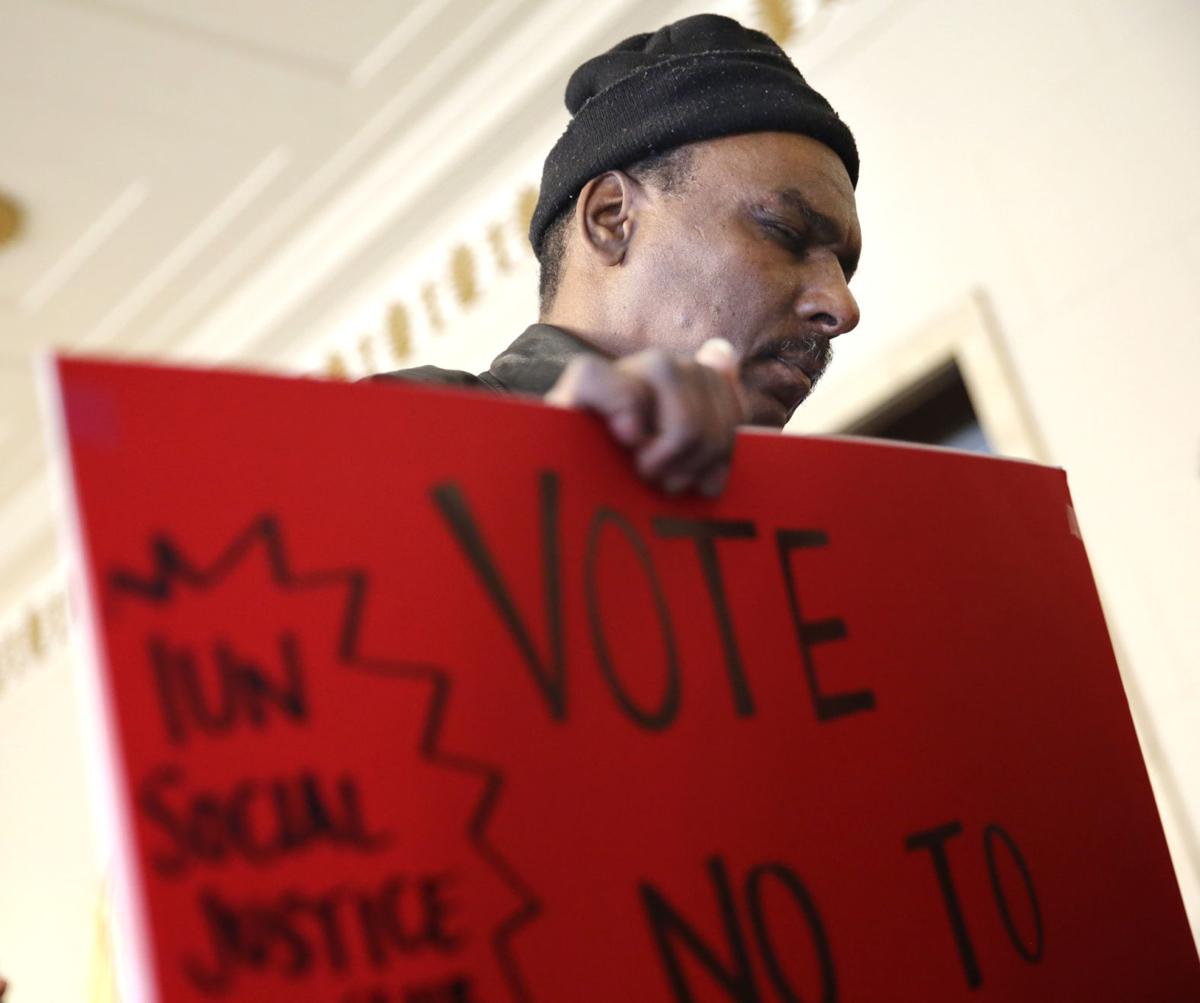 William Mabon, an opponent of a proposed immigrant detention center, prays outside Gary City Council chambers before a meeting at City Hall.

GARY — An attempt to build an immigration detention center in Gary has failed.

A request for variances on property that was to be used for the detention center in Gary failed 9-0 Wednesday night.

The GEO Group Inc., a large multinational operator of prisons and detention facilities, wanted to construct a 788-bed immigrant processing facility on land across from the Gary/Chicago International Airport. A subsidiary of the company sought the variance for the project to move forward.

“We are disappointed by tonight’s vote," said Pablo Paez, vice president for corporate relations for The GEO Group. "Our proposed facility would have been an $80 million investment in Gary, created hundreds of construction and full-time jobs, generated $1 million in new tax revenue without having to raise local property or business taxes, and created local contracting opportunities worth more than $1 million.“

Opponents complain some of the work would have been done by detainees for $1 a day and characterize it as “slave labor.” They also have argued that the jobs at the facility have a high turnover rate and are concerned employees will come from outside the area.

Prior to Wednesday’s meeting, chants of “No g-e-o” rang out from opponents rallying outside the council chambers.

“The eyes of the country are on Gary,” said the Rev. Charles Strietelmeier, head of the Northwest Indiana Federation of Interfaith Organizations, who led the list of speakers opposed to the detention center.

On April 12, the city’s Board of Zoning Appeals voted 3-1 to recommend the request for variance be rejected by the City Council. The council took up the matter on April 19, but by a 4-4 vote failed to move it to committee for a hearing. Councilman Herb Smith, D-at large, who is in favor of the project, then announced he wanted the matter to be heard at the next meeting.

Smith on Wednesday asked that the issue be deferred, which caused shouts of “no” to erupt from the audience. Some council members and audience members thought the action at the prior council meeting already had killed the variance request.

The majority of the council did not want to defer the matter, but wanted to take a final vote Wednesday.

At a rally prior to Wednesday night’s meeting, a coalition of groups opposed to the immigrant detention facility again held a rally urging the council to reject the zoning variance.

The groups, that include the Northwest Indiana Federation of Interfaith Organizations, Black Lives Matter — Gary, Baptist Ministers Conference of Gary & Vicinity, and the Indiana branch of the League of United Latin American Citizens among others, wrote an open letter earlier saying that “GEO is bad for Gary." In addition to complaints about the immigrant detention procedure and how GEO operates its facilities, the group contends that the facility will deter other commercial development from locating around the airport.

GEO officials have defended the operation of their facilities, which they say undergo annual inspections by the government and other agencies. They also contend it could attract other companies to the area to serve the facility.

GARY — In the aftermath of a City Council vote Wednesday that kept an immigration detention center from locating in the city, questions remain…

Roselawn residents against immigration detention center in their neighborhood

Just off Ind. 10 in Roselawn, in the small Timber Ridge subdivision, about 20 residents on a recent afternoon gathered in a cul-de-sac to disc…

Immigrant detention center proposal may not go down without a vote

GARY — A proposal for an immigrant detention center north of the Gary/Chicago International Airport...

Rosa Maria Rodriguez, an opponent of a proposed immigrant detention center, speaks Wednesday to a crowd gathered outside Gary City Council chambers before a council meeting at City Hall.

Emmett Mosley, of Gary, an opponent of a proposed immigrant detention center, is removed Wednesday from the Gary City Council chambers by police during a council meeting.

No GEO signs in an abandoned building near City Hall in Gary.

William Mabon, an opponent of a proposed immigrant detention center, prays outside Gary City Council chambers before a meeting at City Hall.