Hooters laying off 500 workers across Indiana because of coronavirus

Two suspects were apprehended Thursday on I-94 after jumping from a moving SUV during a high-speed pursuit that left multiple Lake County sheriff's squad cars damaged, police said.

A high-crime unit from the Lake County Sheriff’s Department was patrolling about noon in Gary when a black Cadillac Escalade sped past, police said.

The sheriff’s officer attempted to stop the vehicle, which reportedly would not pull over. While pursuing and running the plate, the officer discovered the vehicle was stolen out of Chicago, police said.

As a result, one of the Escalade’s front tires blew out. At the 68 mile marker in Illinois, two male suspects bailed out of the vehicle while it was still in motion, and it came to a stop by crashing into another squad car, police said.

The suspects ran across all six lanes of traffic in order to flee officers, but they were arrested a short time later, police said.

Check back at nwi.com for more details as they become available.

Police reported the victim suffered gunshot wounds to his abdomen, leg and testicles, court records said. An officer had to apply a tourniquet to the victim's leg waiting for an ambulance. 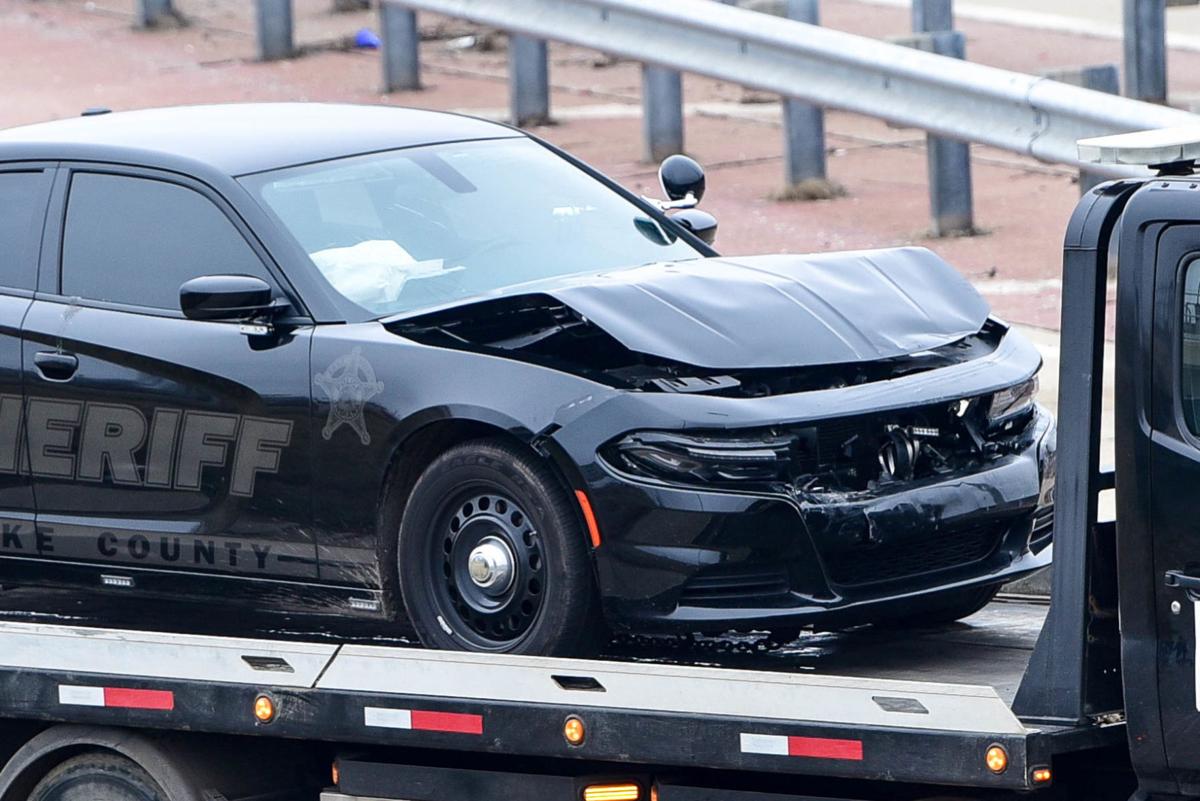 A Lake County sheriff's squad car is towed Thursday from an accident investigation near Torrence Avenue in Lansing after a police chase. 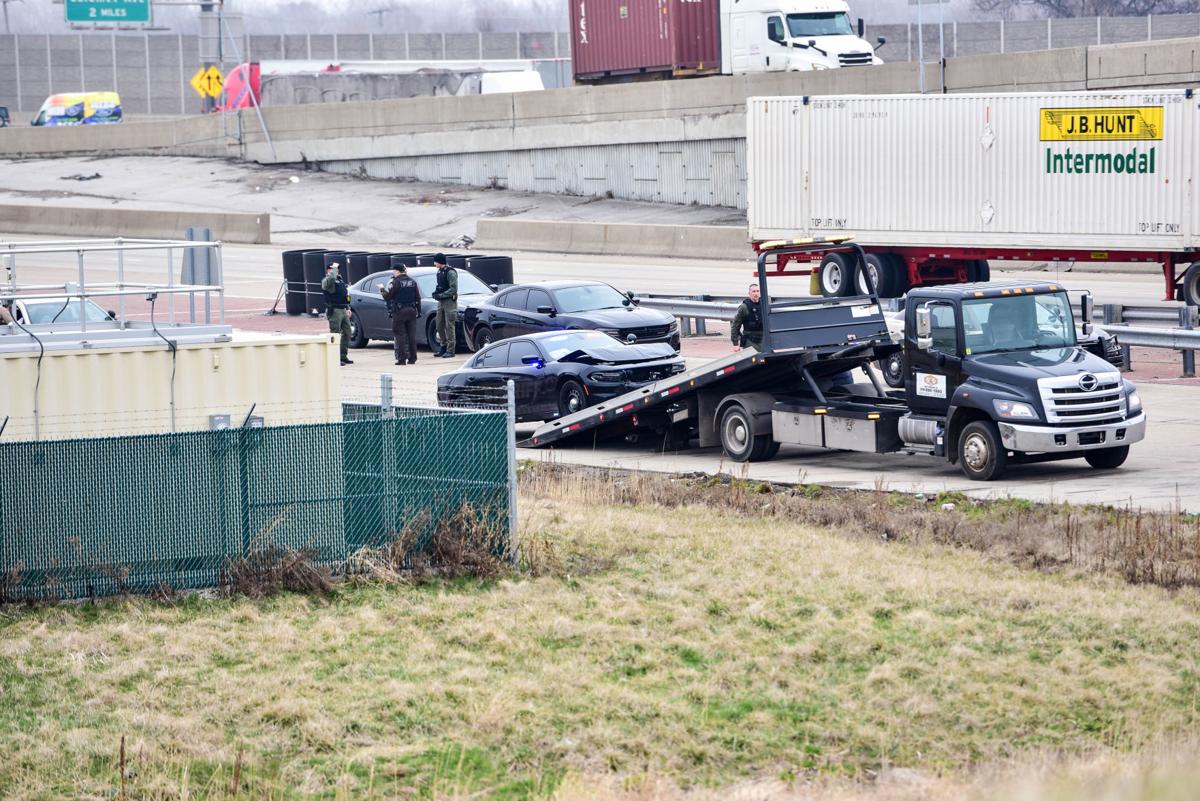 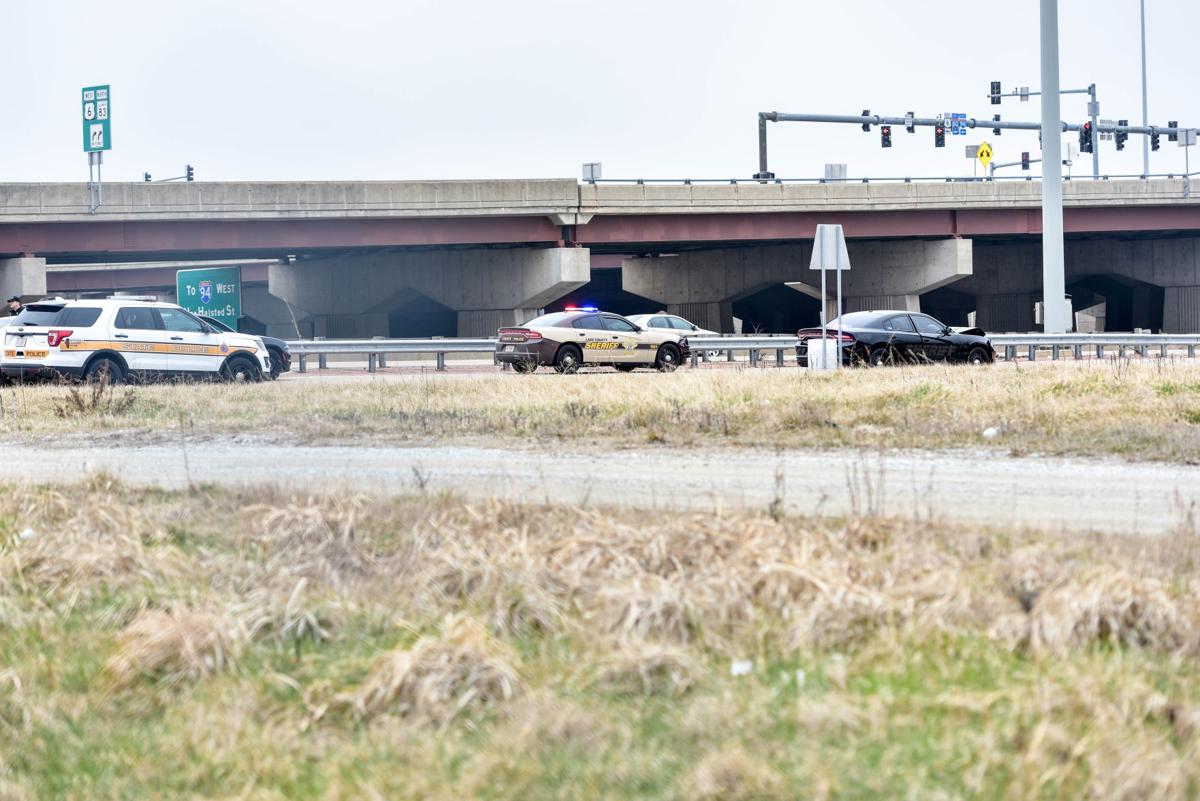 Lake County police are on the scene of a crash Thursday following a chase into Illinois on I-80/94.