GEO makes big push for Gary
Share this
1 of 2 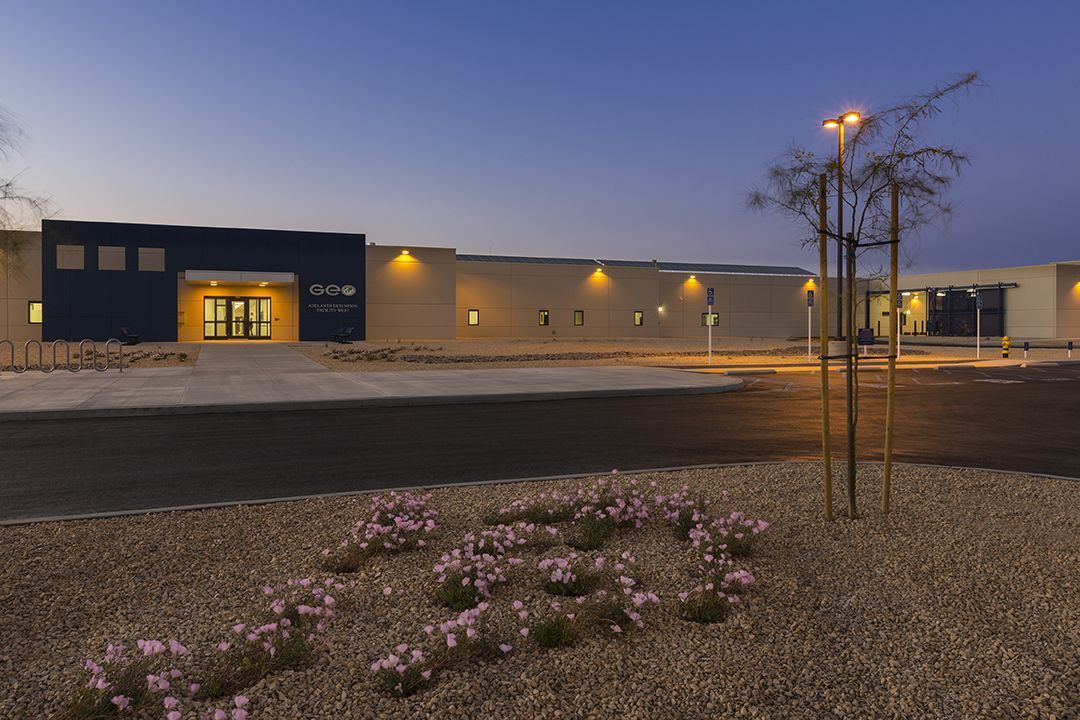 Representatives with The GEO Group Inc. say an immigrant detention facility proposed for Gary would look similar to its Adelanto, California, facility 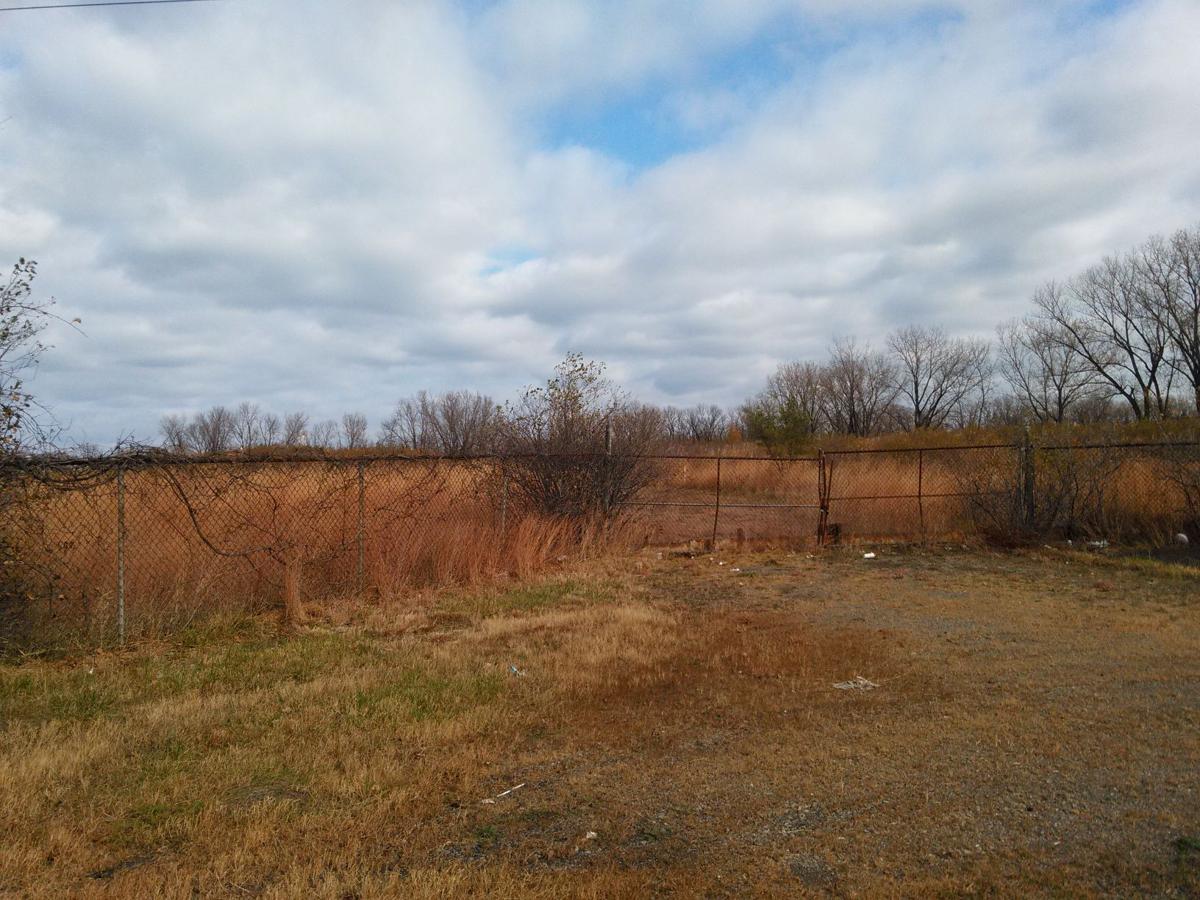 A site across the street from the Gary/Chicago International Airport is being considered for an immigrant detention/processing facility that could potentially create more than 200 jobs.

GARY — A nationwide debate about private correctional facilities and how to handle illegal immigrants has touched down on the outskirts of the Gary/Chicago International Airport.

The GEO Group Inc., a large multinational operator of prisons and detention facilities, has returned to Gary in an attempt to secure the city's support for a 788-bed immigrant processing facility on land across from the airport.

Members of the company and opponents of the center have been seeking audiences with community leaders in advance of a key meeting Tuesday before the Gary Board of Zoning Appeals where a subsidiary of The GEO Group is seeking a variance to use the land for the detention facility.

In addition to contacting council members and other community leaders, representatives of The GEO Group Inc., have also produced a brochure detailing what they claim to be the advantages of such a facility to the community.

At the same time, representatives of various area groups like the Northwest Indiana Federation of Interfaith Organizations, are holding strategy sessions and meeting with council members as well to oppose the prison. The Illinois Coalition for Immigrant and Refugee Rights has been part of some of these strategy meetings.

The GEO Group's main selling point is the estimated 200 to 250 jobs and $80 million investment the facility can provide in the economically depressed community. Opponents, however, argue some of the work is done by detainees and characterize it as "slave labor" in their brochure. They also contend there is a high turnover rate for the jobs available and are concerned employees will come from outside the area.

Venturella contends as a "federal procurement project," the group is going to have to abide by wages set by the U.S. Department of Labor and they would not be minimum-wage jobs. In terms of inmates doing work there, Venturella said detainees are not used to perform critical services in the facility.

"Generally, detainees are given work opportunities as prescribed by the contract that we have with our client," he said.

The wages allow for detainees to earn money for things like phone calls and commissary items.

In terms of making sure those jobs go to Gary residents, Venturella said the company will have job fairs and work with the local government and agencies to help recruit and prepare people to interview for positions at the proposed detention center.

"So we hope and what we see is typically most of the people who work in these facilities come from the local community," he said.

The GEO Group owns property in Hobart, but for the last 12 months, the focus has been on the Gary site, according to Armando Saleh, a spokesman for The GEO Group. Venturella said one of the reasons Gary would be a good location for the facility is the labor pool available in the area can provide "all of the different skill sets required to manage and run" the facility.

"We certainly know there are a lot of trades and companies that can build a project like this one," he said.

Venturella also said the location near the airport, which the federal government already uses to transport detainees, is attractive to the government along with its proximity to the interstate highways.

He said because the Immigration and Customs Enforcement agency already moves detainees from county jails throughout Illinois to the Gary airport, "it would seem to make sense to be able to consolidate and provide those services in one location and then easily transport people to the airport in a more secure manner."

The Rev. Cheryl Rivera, with the Northwest Indiana Federation of Interfaith Organizations, and others argue locating the facility near the airport could deter other businesses from locating in the area, and Mayor Karen Freeman-Wilson has said the city can do better in terms of attracting businesses to the area. Venturella, however, contends the company will need support services that could locate nearby.

Company representatives argue the center is not a prison, but rather a processing center where people will only be held for short stays of perhaps 30 to 60 days. Opponents contend a prison is an appropriate term to use for the facility.

Venturella said the facility, while secure, would not have barbed wire, but would look similar to a facility it operates in Adelanto, California. That community reportedly also receives 75 cents per day for each detainee bed filled.

Adelanto and the facility there have also been the subject of harsh criticism by immigrant rights groups.

A 2015 report by the Detention Watch Network and Community Initiatives for Visiting Immigrants in Confinement was highly critical of the operation of the Adelanto facility and said there were prolonged detentions of immigrants of more than six months, medical abuse and neglect, a lack of legal representation and of access to the law library.

It also cited reports of sexual abuse and a death that potentially might have been avoided. It called for ICE to stop housing detainees at the facility and called for a congressional investigation into GEO's management of its facilities.

Saleh, however, indicated there are representatives from some of the communities where the facilities are located, as well as employees, willing to give positive testimonials about the company's facilities.

There have also been other allegations of human rights violations at for-profit prisons owned by The GEO Group and other companies.

Venturella said the company has to meet standards set by the federal government and local officials and the company undergoes annual inspections by the government as well as by other agencies, including the American Correctional Association.

Proposed GEO facility at a glance:

A 788-bed immigrant processing center on land across from the Gary/Chicago International Airport. Interior features will include courtrooms, meeting rooms and office space for U.S. Immigration and Customs Enforcement personnel, immigration attorneys and judges, as well as others.

Typical stay for detainees: 30 to 60 days. GEO says detainees will have access to medical services, legal access, and recreation and religious activities. There will be no children living there, but families may visit.

Timeline: If approved as a site by the city and the Immigration and Customs Enforcement agency, the project is expected to take 18 to 24 months to complete.

Investment: The company estimates the investment in land and property will be $80 million.

GARY — Diana Twyman said her family has invested a lot in their belief her hometown is undergoing a resurrection.

PENDLETON, Ind. — A state prison outside of Indianapolis has created a special faith-based unit aimed at helping inmates develop their spirituality.

GARY — A proposal for an immigrant detention center north of the Gary/Chicago International Airport...

GARY — An attempt to build an immigration detention center in Gary has failed.

HOBART — Tearing down walls, real and invisible, that separate people requires cooperation, communication and a willingness to become engaged …

Roselawn residents against immigration detention center in their neighborhood

Just off Ind. 10 in Roselawn, in the small Timber Ridge subdivision, about 20 residents on a recent afternoon gathered in a cul-de-sac to disc…

HOBART — Although the Hobart community remains in an uproar about the possibility of an immigrant detention facility in the city, Hobart Mayor…

GUEST COMMENTARY: Giving thanks for collective action on GEO petition

This past Thanksgiving, many of us gave thanks to community solidarity and action. In 12 days, clearly a record, the people of Gary, Hobart, E…

GARY | An immigrant detention center apparently is off the table in Gary.

Representatives with The GEO Group Inc. say an immigrant detention facility proposed for Gary would look similar to its Adelanto, California, facility

A site across the street from the Gary/Chicago International Airport is being considered for an immigrant detention/processing facility that could potentially create more than 200 jobs.