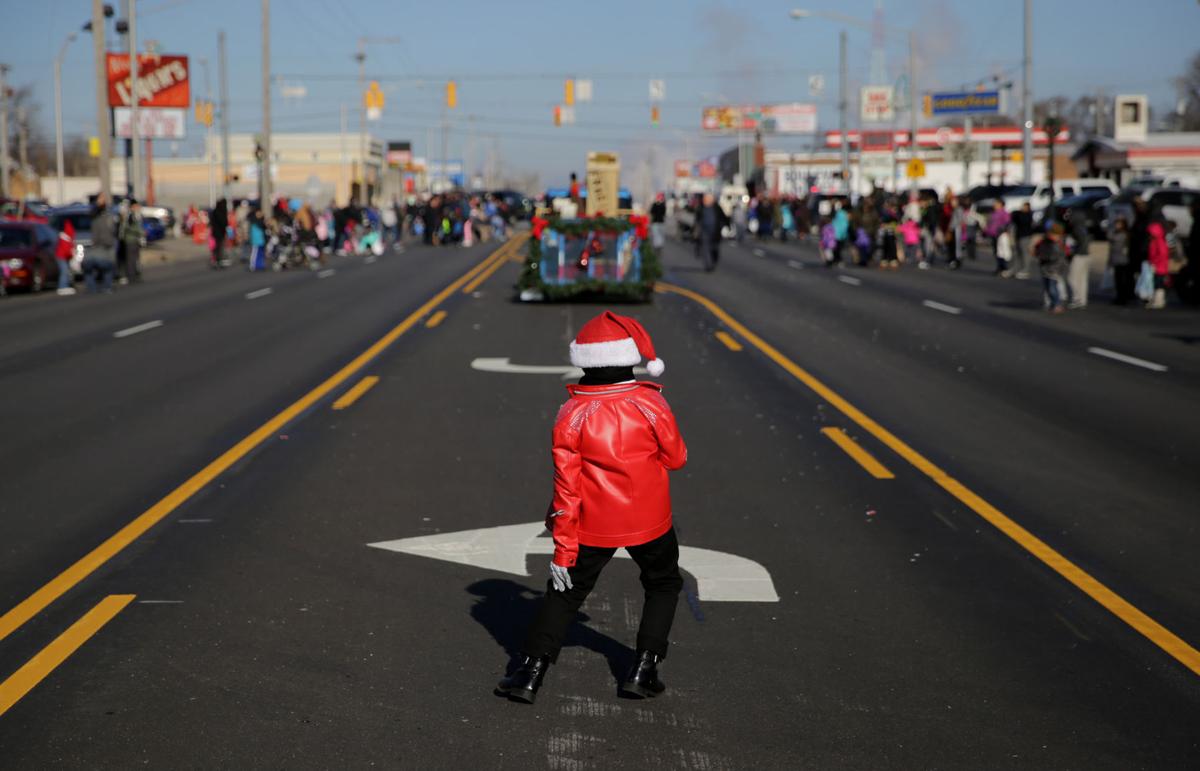 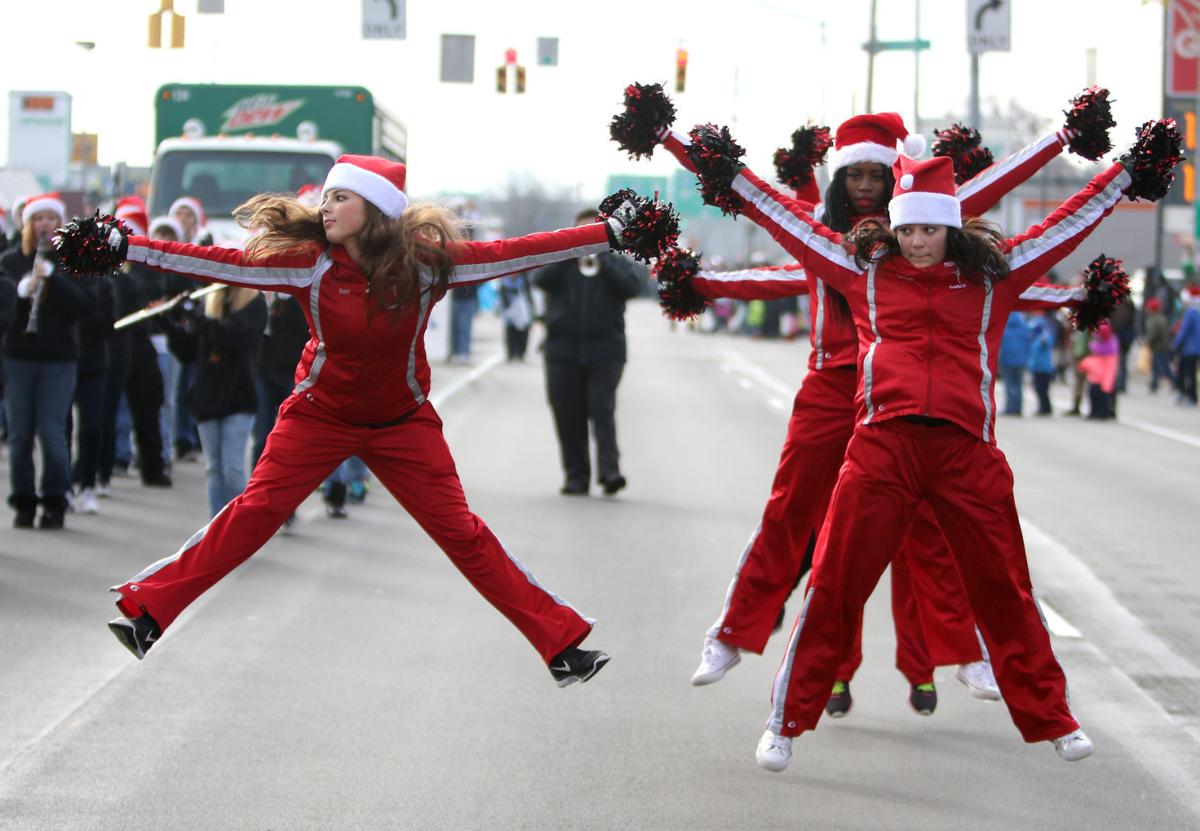 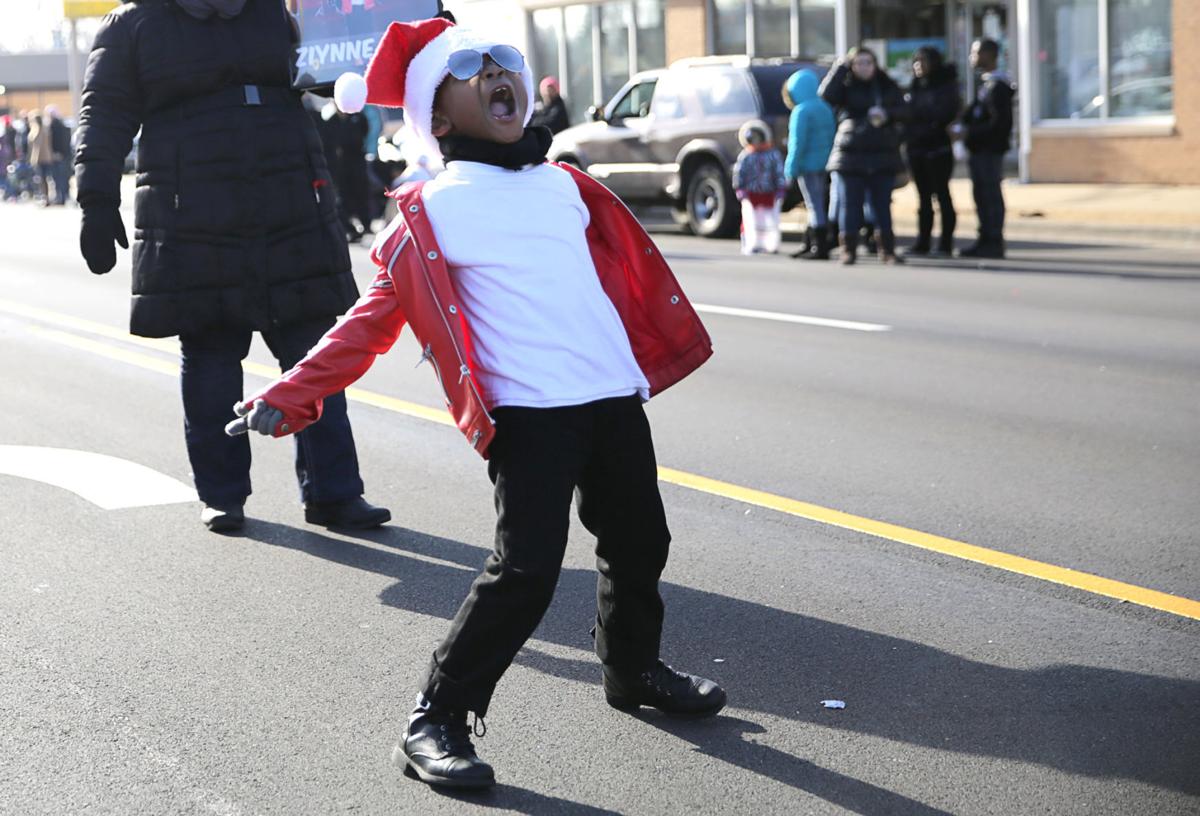 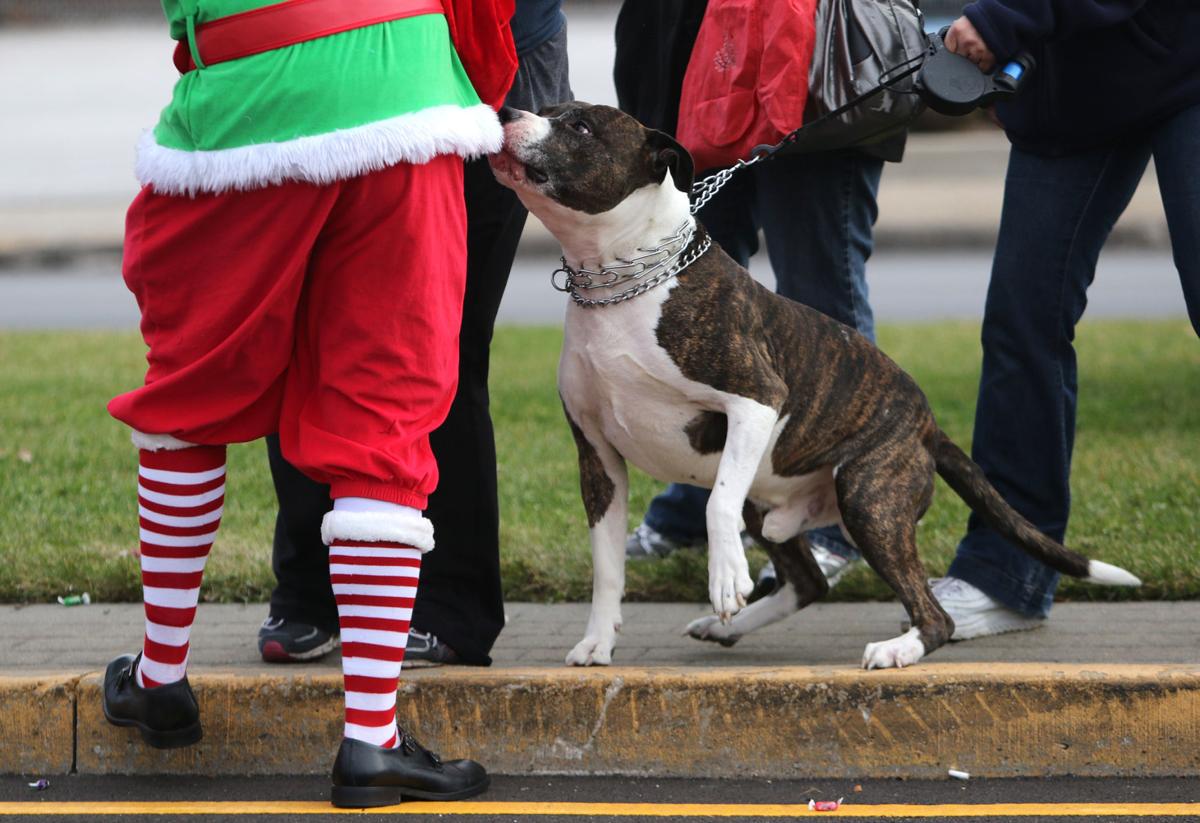 A dog checks out an elf in Hammond's holiday parade Saturday. 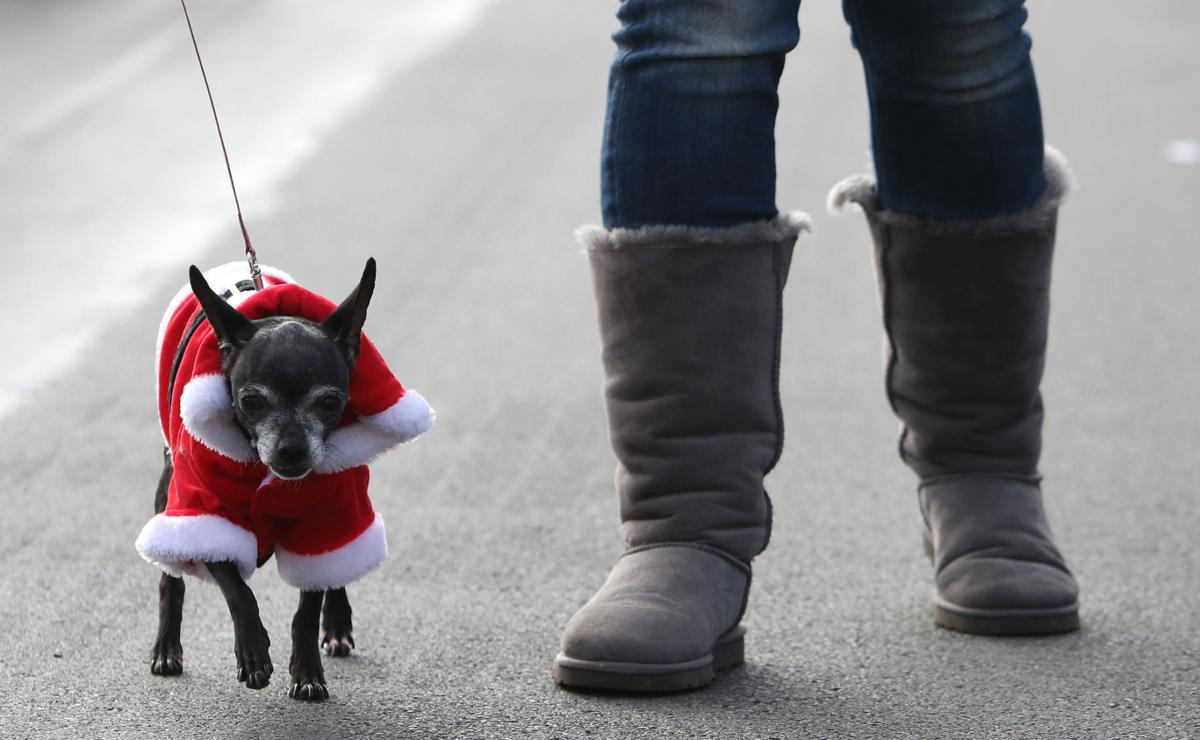 A dog checks out an elf in Hammond's holiday parade Saturday.

HAMMOND | With a below-freezing chill in the air and songs of the season playing, the Hammond Holiday Parade kicked off the city’s 2015 holiday season Saturday morning, stepping off from Gavit High School and winding its way down Indianapolis Boulevard to 169th Street.

“One of the new things this year is free pictures with Santa,” said city parks administrator Donna Muta, as she directed various entries to their spots prior to the parade. “Santa will stay on his float at 170th and Wicker, and people can sit with Santa and take photos.”

Nineteen members of the Morton High School Dance Team and 30 students from Scott Middle School’s cheer and dance squad waited in the 29-degree chill for the parade to begin under the watchful eye of coach Vicki MacCartney.

“It’s fun being with my team. They’re like a family,” said Anna Santoyo, 17, a senior and dance team captain. “Even if it’s cold, we’re closer as a team.”

Gavit High School world civilization teacher Kate Osan cheered on the school’s marching band, accompanied by her daughters, Avery, 2, and Addison, 3 months, and students from the National Honor Society, which she sponsors.

Two of those students — Arianna Lloyd, 17, and Deyonnah Sawyer, 17 — worked alongside Osan at the 8 a.m. Kiwanis Club breakfast that preceded the parade.

As Avery bounced in her arms to the beat of the marching band drums, Osan called out encouragement to the band members.

“Many of the band members are in National Honor Society,” she said. “These kids work so hard.”

Ralphie from Theater at the Center’s production of “A Christmas Story” served as grand marshal of the 2015 parade. Nate Becker, 12, of Chicago plays that role, and his mother, Michelle, and siblings — Micah, 10, Tegan, 8, and Jesse, 6 — came to cheer him on.

“It really looks great,” said Michelle Becker as the family hurried along 175th Street near Gavit High School just as the blare of fire engine and police sirens signaled the parade’s start.

One of the many costumed characters in the parade represented the Munster-based Humane Society Calumet Area.

Humane Society volunteer Deanna Cuadra of Hammond dressed as the aptly named “Calumet the Dog” to raise awareness about the many services provided by the organization.

“This is our first year in the Hammond parade. We are really committed to the community and want to give back,” said Jenny Webber, chief operating officer, as the Pets for Life vehicle was decorated.

The Pets for Life program provides food, vet services, vaccinations and other services for families who can’t afford them, and is currently operating in Gary, Webber said.

“We also want people to adopt the pets we have at the Humane Society. As of this morning, we have 201 animals available for adoption including dogs, cats, guinea pigs and rabbits,” she said.

Four canines — Zoe, Jersey, Cody and Chloe — helped spread holiday cheer accompanying the float sponsored by Simko Steel, a custom steel fabricator based in Hammond. The dogs were decked out in reindeer antlers, while the float featured a Christmas tree fashioned from steel.

“One of our workers found Jersey behind our shop, living in a hole, two years ago, and she’s become our shop dog,” said Traci Lewis, the company's chief financial officer.

For some spectators, watching the Hammond Holiday Parade is an annual tradition.

“I used to sit inside the Woodmar Restaurant when it was there with a friend. It would start our holiday. Now she’s in the parade with her granddaughter,” said Sue Gargano, cafeteria manager at O’Bannon Elementary School in Hammond, about the experience that began about 30 years ago.

For the fourth year, Sofia Garrido of Frankfort, Ill. has viewed the parade while visiting her grandparents, Hipolito and Maria Rosales of Hammond.

“I hope to see all the Christmas festivities, the reds and greens,” said the 10-year old. “They always throw candy, so I’m looking forward to that.”

“I want them to throw candy at me,” he said, as she stood on the sidewalk with his mom, Erica Hernandez, and baby sister, Olivia, 4 months.

“This is our first time at the parade. We moved Hammond a year ago,” said Erica Hernandez. “It’s a really nice parade.”

Festive Family Fun in the Region — Holiday activities for all ages

Hammond students decorate tree for Museum of Science and Industry

C.P. bikers turn Claus for a cause

CROWN POINT | In summer, they're bikers. Come winter, they're Mr. and Mrs. Claus.

Andrew covers transportation, real estate, casinos and other topics for The Times business section. A Crown Point native, he joined The Times in 2014, and has more than 15 years experience as a reporter and editor at Region newspapers.