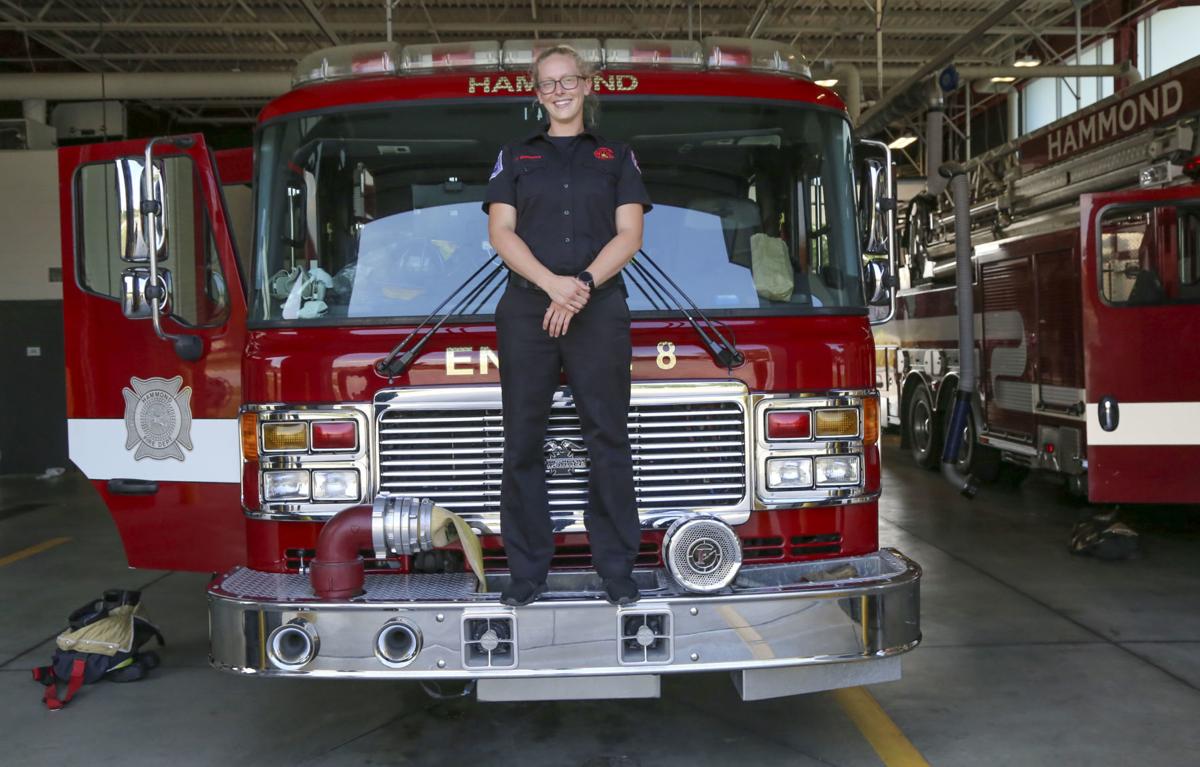 Jaclyn Seberger stands atop a fire engine Wednesday at Hammond Fire Department's Station No. 8. Seberger is the Department's first female paramedic/firefighter since 1990. 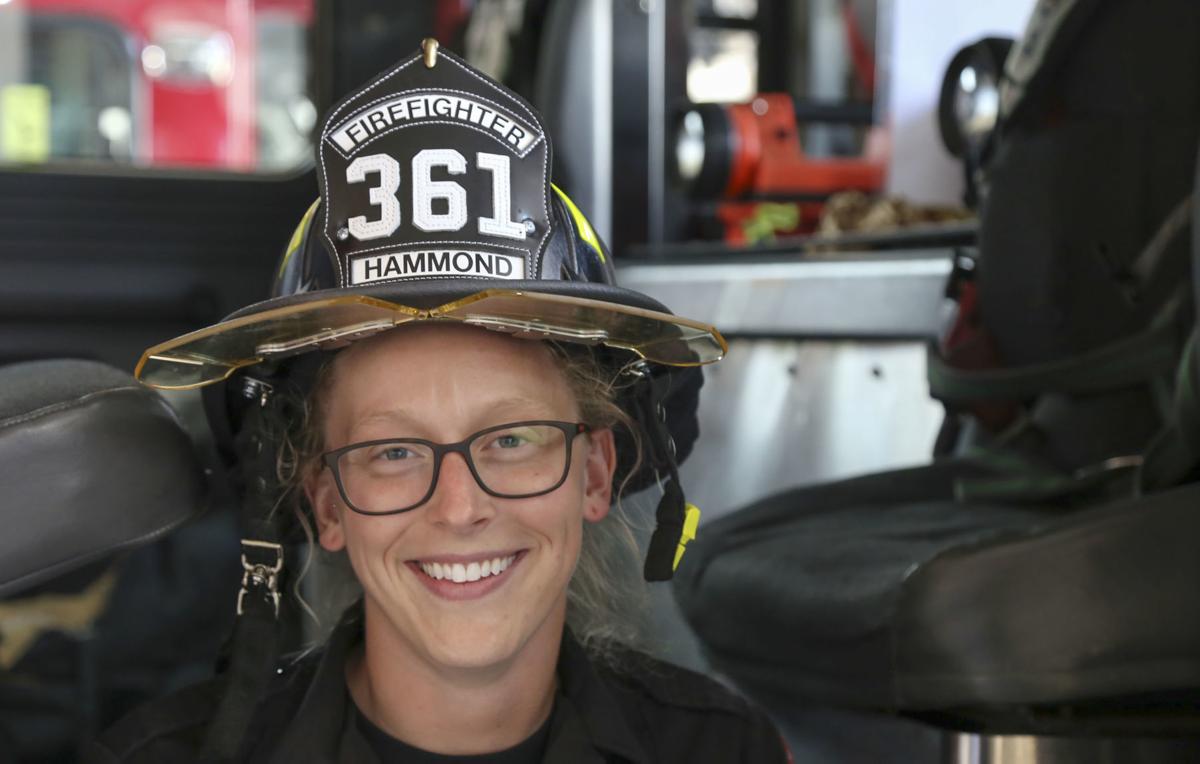 Jaclyn Seberger dons a Hammond Fire Department helmet Wednesday at Station No. 8. Seberger is the department's first female paramedic/firefighter since 1990 and only the fourth female to be hired by Department in its history. 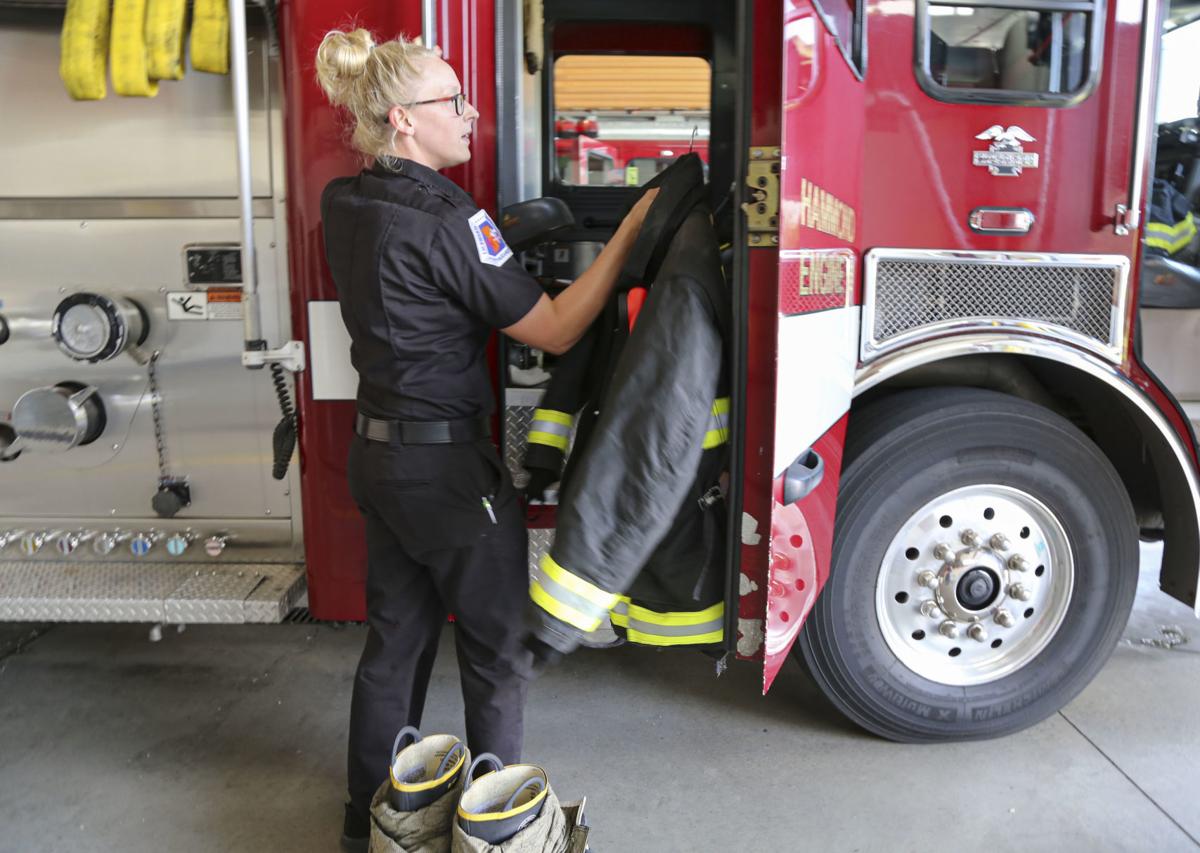 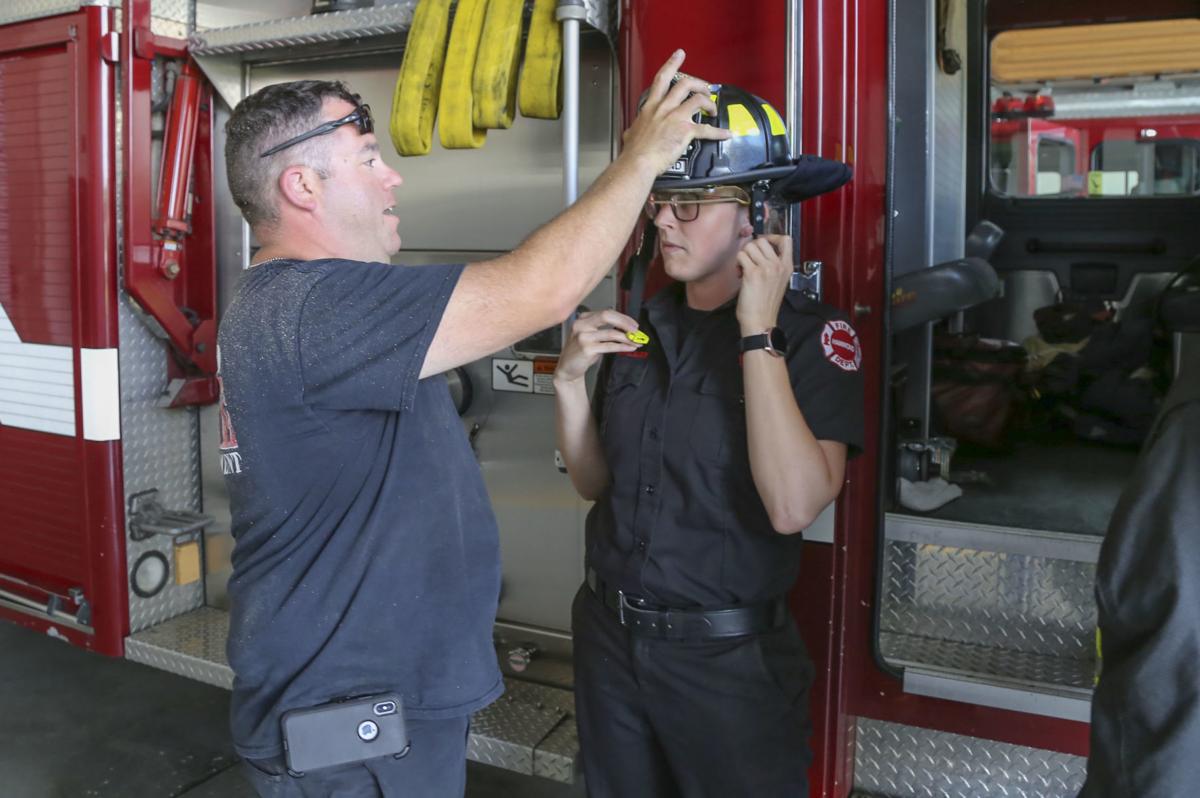 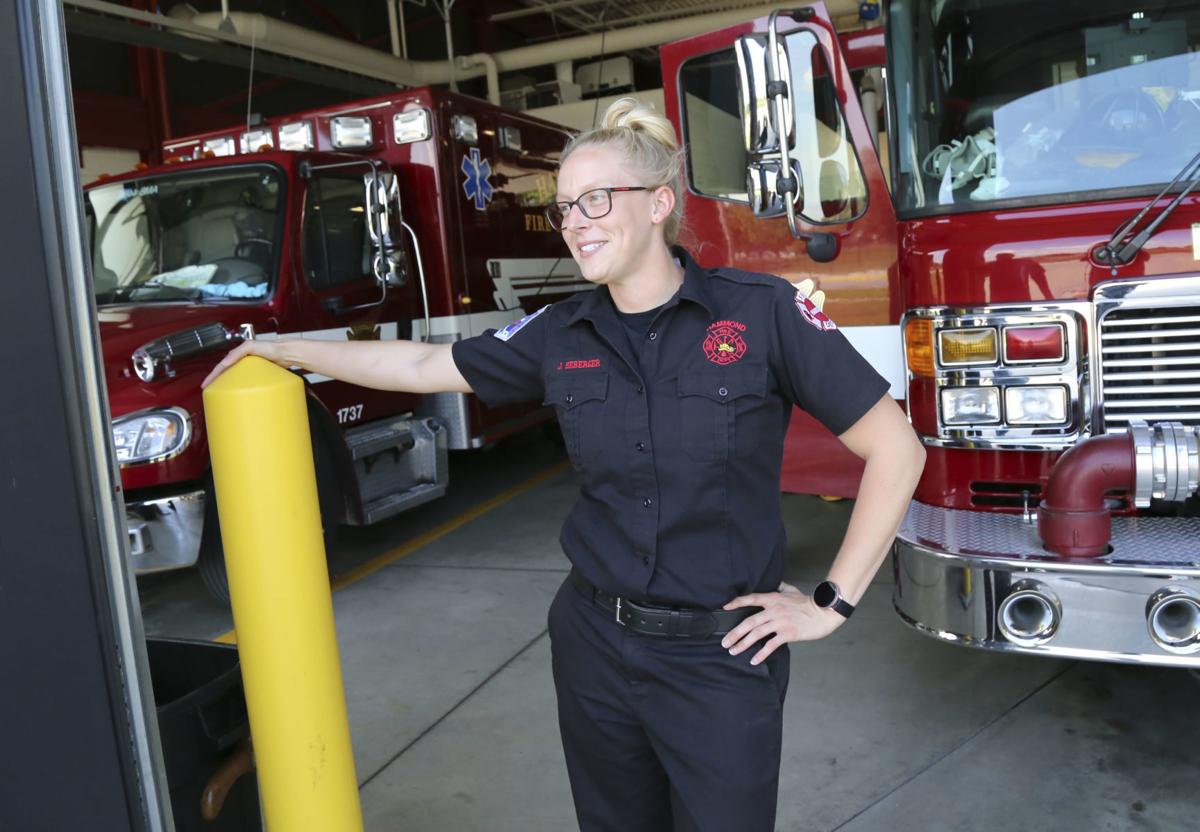 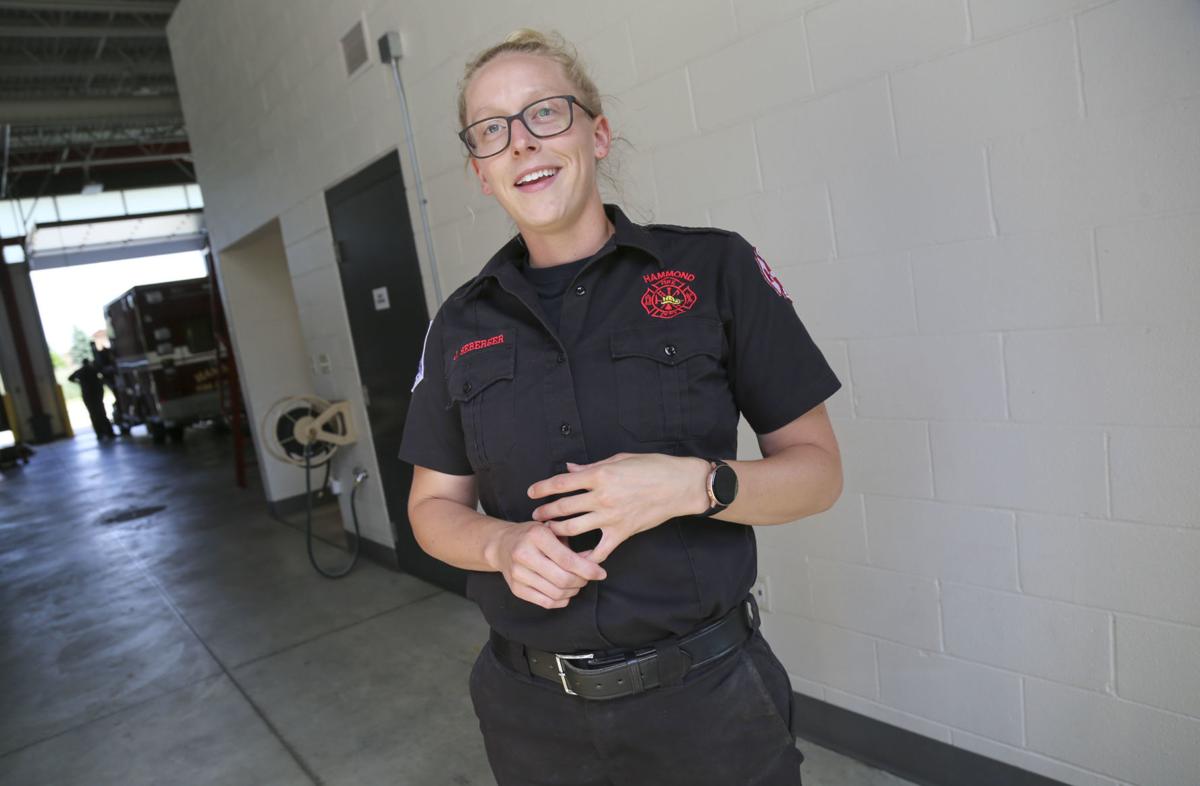 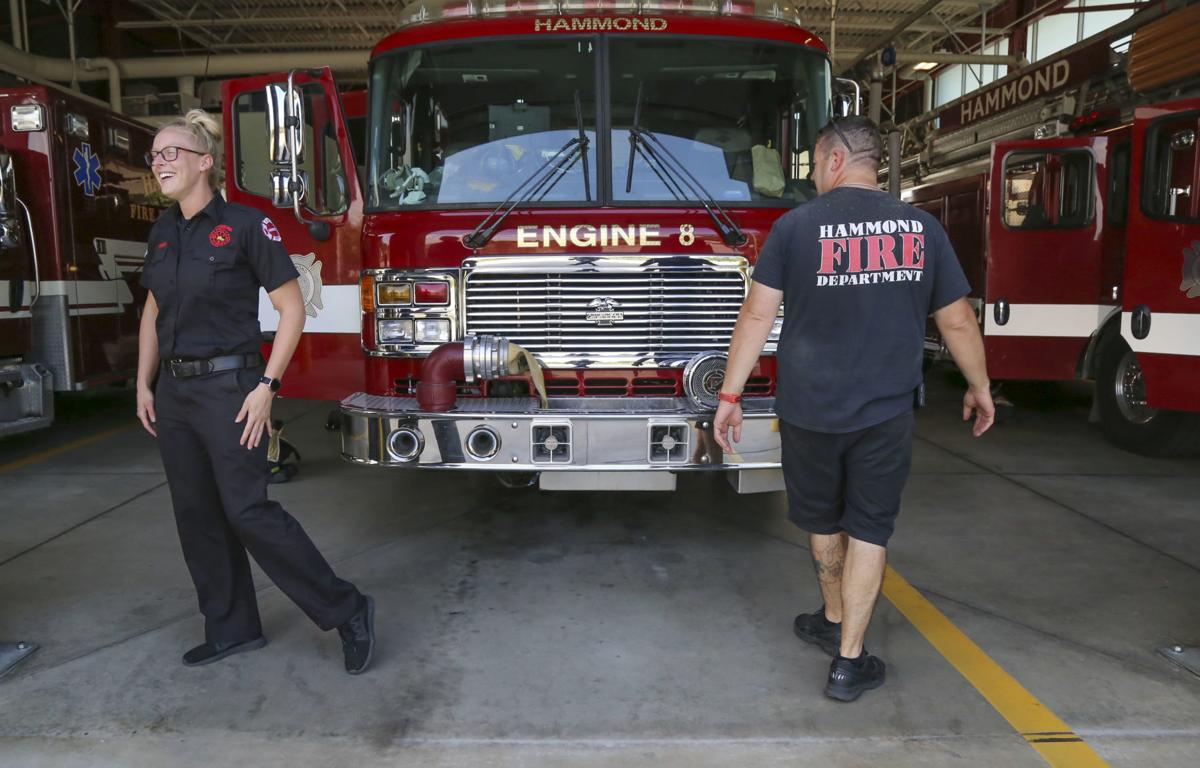 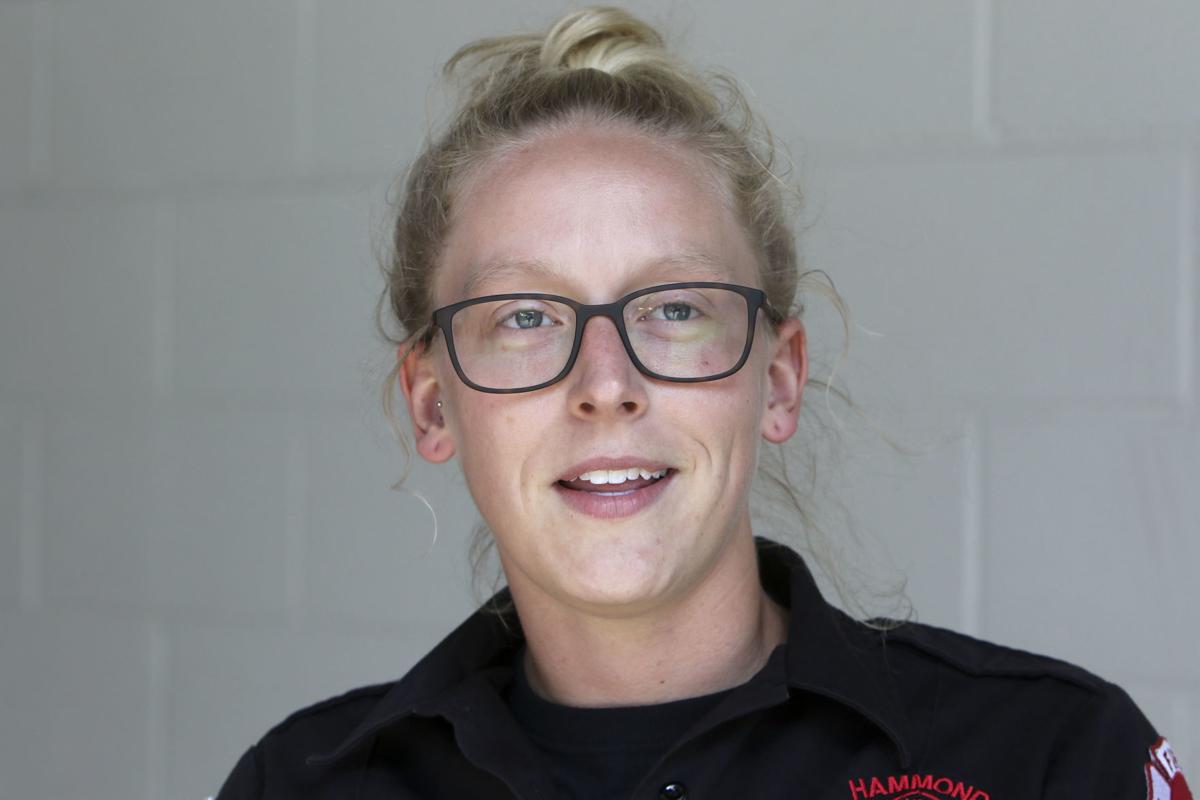 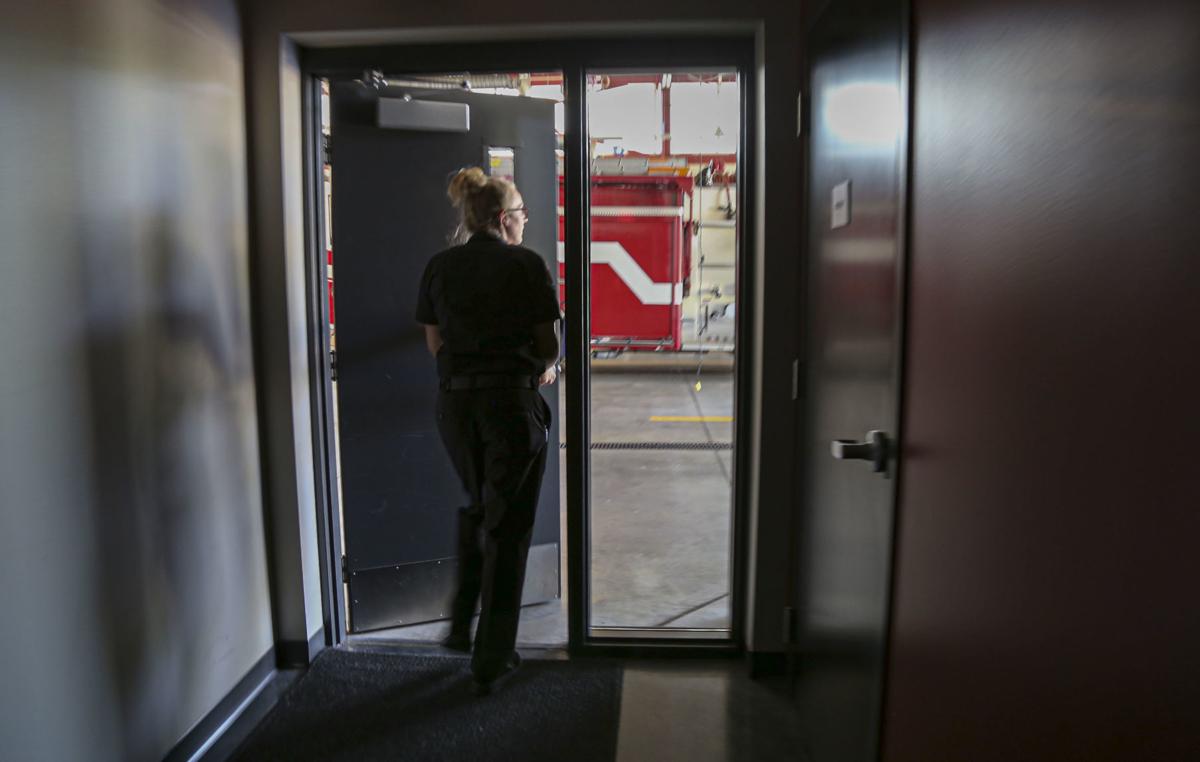 Jaclyn Seberger walks through a door Wednesday at Hammond Fire Department's Station No. 8.

HAMMOND — For the first time in 30 years, the Hammond Fire Department has hired a female firefighter/paramedic.

Jaclyn Seberger, 29, of Lowell, is only the fourth female to be hired by the department in its history — and the first to be hired on since 1990.

She has a bachelor's degree in criminal justice from St. Joseph's College in Rensselaer and graduated from Andrean High School in Merrillville. Seberger is also a graduate of Franciscan Health's EMS Academy and has worked with Elite Ambulance.

"I hope women see that it can be done," Seberger told The Times on Wednesday.

In 2018, 93,700, or only 8%, of the nation's firefighters were female, according to statistics provided by the National Fire Protection Association.

Hammond Fire Chief Jeff Smith said men and women take the written exam each year, but only about half qualify for the next step: the agility test — which acquaints candidates with the physical demands of being a firefighter.

The agility test for the Hammond Fire Department is the same for men and women, so there's no special accommodations for females, Smith said.

Seberger said her work with Mike Farley, a personal trainer with Anytime Fitness in Highland, since June 2019 helped build up her endurance and upper body strength ahead of timed-trials and the actual physical/agility test.

Despite all her training, it was "a rough" test, she said, but one that her new colleagues tell her both men and women fail all the time in the male-dominated career field.

The 1 minute, 45 second endurance portion has candidates doing a number of tasks at Hammond's Central Station, including running up and down two sets of stairs carrying a 50-plus-pound hi-rise hose pack, pulling a booster hose off a fire engine, and dragging a human-like weighted dummy so many feet.

Testers also must climb a ladder and successfully complete a set of sledgehammer strikes.

Seberger said she has an advantage thanks to her height — 5 feet, 11 inches — but she credits her personal trainer, Farley, for helping her improve her upper body strength ahead of the agility test.

"In some other states, they have different tests for males and females. So one of the things I love is that I had to pass the same test that all the guys on the department here passed," Seberger said.

She said she chose the Hammond Fire Department to start her career because of its solid reputation for serving its community, its well-rounded team and supportive union.

Smith commended Seberger for working hard to pass the agility test, including participating in test runs so she became familiar with course expectations.

Seberger, who was hired in March on a one-year probationary status, said one of the more interesting shifts so far occurred in May when the Region experienced major flooding.

Many of the emergency calls were for welfare checks or from homeowners concerned about flooding from their basements spilling into the main level.

She and her colleagues suited up in their Gumby suits, or immersion wet suits, about four times to safely walk through flooded streets and check on the elderly and others.

"That was a crazy day for everybody," Seberger said.

Hammond Mayor Thomas McDermott Jr. said in a statement the last female firefighter in Hammond was Diane Bryzcki, who retired three years ago.

“We are working diligently to become a more diverse team. I believe Jaclyn will be a great inspiration to other aspiring female firefighters as we move into the future," McDermott said.

Seberger said while she is currently the only female firefighter on the Hammond Fire Department, she hopes that changes.

VALPARAISO — For the Kings, there’s another firefighter in the family. For Northwest Indiana, there’s the potential for 15 more firefighters.

Jaclyn Seberger stands atop a fire engine Wednesday at Hammond Fire Department's Station No. 8. Seberger is the Department's first female paramedic/firefighter since 1990.

Jaclyn Seberger dons a Hammond Fire Department helmet Wednesday at Station No. 8. Seberger is the department's first female paramedic/firefighter since 1990 and only the fourth female to be hired by Department in its history.

Jaclyn Seberger walks through a door Wednesday at Hammond Fire Department's Station No. 8.