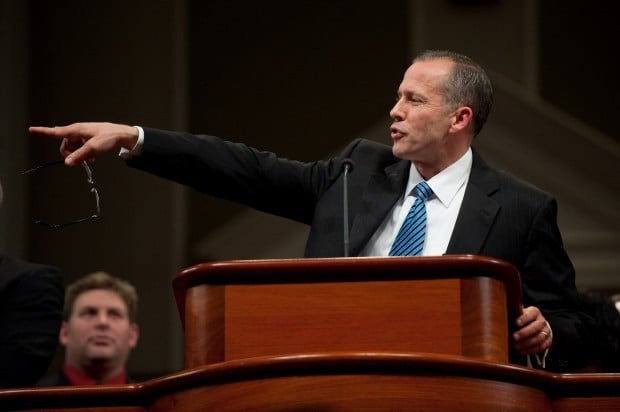 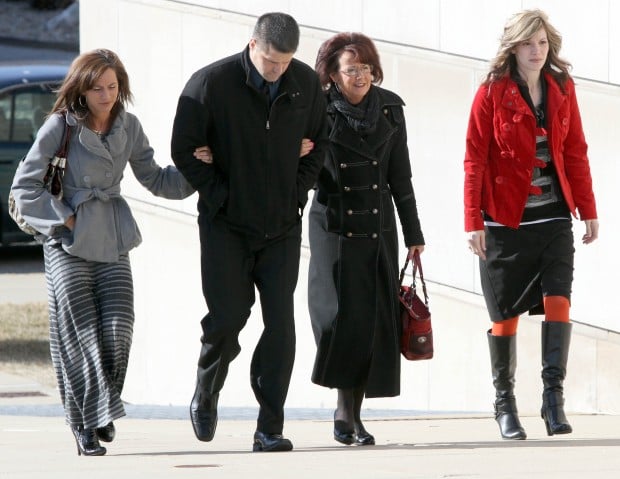 HAMMOND | Former Hammond megachurch Pastor Jack Schaap was sentenced to 12 years in prison Wednesday for his sexual relationship with a 17-year-old parish girl.

The allegations against Schaap, 55, came to light in July when he was fired from First Baptist Church of Hammond after church leaders learned of the relationship.

Schaap, clad in an orange jail jumpsuit and his voice breaking as he spoke, addressed the girl and her family at the hearing, telling them he loved being their pastor for 12 years, but acknowledged his misconduct. Schaap asked for the family's forgiveness, explaining not because he deserved it, but because he worried bitterness would cause more pain.

"I bear the grief that finds no comfort," Schaap said. "I deeply wounded those I loved the most."

Schaap pleaded guilty in September to his relationship with the girl and having her transported to Illinois and Michigan for sexual encounters. The relationship began when Schaap was asked to counsel the girl, who was then a student at Hammond Baptist Schools, because she was having issues coping with a past relationship, federal court records state.

Schaap asked his former congregation to love the girl's family, who has told the court they've since been banned from the church.

“If you love me, please don't blame the family for my wrongdoing,” Schaap said. “Blame me.”

Schaap also spoke to his wife, whom he said told him they would walk through the storm together. Schaap said when they were dating, he promised his wife he would take her places but never in his "worst nightmare" did he imagine he'd take her to a courthouse.

"Every storm eventually runs out of rain," Schaap said, "and in time, this one will also."

In sentencing Schaap, U.S. District Judge Rudy Lozano told the former pastor he took the crime to be very serious.

Lozano said while Schaap had pleaded guilty to the crime, he referenced a six-hour staff meeting the pastor had called after his conduct with the girl came into question where he denied any wrongdoing and talked about loyalty. Lozano said he believed a staff member had been discharged after discussing the issue with Schaap's wife.

Lozano said Schaap also had asked a church staff member if files from his phone could be erased.

Assistant U.S. Attorney Jill Koster said she took issue with Schaap characterizing himself as a “rescuer” at the hearing and maintained he took advantage of a vulnerable victim.

“This was not an attempt to rescue,” Koster said.

Along with 12 years in prison, Schaap also was sentenced to five years of supervised release.

Lozano sentenced Schaap above the 10 years recommended by the government and agreed upon by the former pastor's counsel because he felt the longer sentence was appropriate.

Schaap's attorney, Paul Stracci, said his client accepted responsibility for his actions and wanted to put the case to rest for the young woman and her family along with his family and his former congregation.

"The buck stops at Jack Schaap," Stracci said, "and he understands that."

Wednesday's hearing drew intense interest, with a line forming outside of Lozano's court at least an hour and a half before Schaap was set to be sentenced. Some people had to be turned away as the courtroom filled.

In a statement released by First Baptist Church of Hammond following the sentencing hearing, the church said from the beginning it had "turned everything over to our local authorities."

"We always knew this day would come and still feel the same today as we did when we turned our former pastor in for the crimes that he committed. We believe that the justice system was and is fair. We are also glad that our church family can now move beyond this situation and continue the healing process," according to the statement.

On Wednesday evening, parishioners filled the church's auditorium evening for its weekly bible service. The parishioners sang about Jesus washing away their sins and greeted each other with handshakes.

Pastor John Wilkerson, magnified on two large screens, referred to Wednesday's sentencing about 40 minutes into the service but he didn't specifically name Schaap. Instead, he called it a "difficult time" for the church.

He assured the congregation that church officials cooperated with authorities, and he told members the church would protect their children. He went on to say that God was with them helping the church, which led to a few people shouting, "Amen."

The congregation then quietly knelt on the floor facing their chairs, bowed their heads and prayed.

Hammond firefighters battled a massive structure fire Sunday morning at the former law office of of William "Bill" Enslen, a prominent region attorney who was killed at his Hobart home earlier this year.

“I love seeing the kids having fun, the animals. I love it all.”

A man convicted of a multi-million dollar investment fraud has one more venture planned.

UPDATE: Remains of a child found in Region pond determined to be missing 1-year-old

Authorities have been searching for Jaclyn “Angel” Dobbs, who went missing after her mother, Ja’nya Murphy, was found dead in her apartment in Wheeling.

A man will return to Illinois to face trial in the murder case of a Wheeling mother whose 1-year-old daughter was found in a Hammond pond last week.

“I love seeing the kids having fun, the animals. I love it all.”