Kyra A. George was arrested in the 6400 block of Michigan Street. 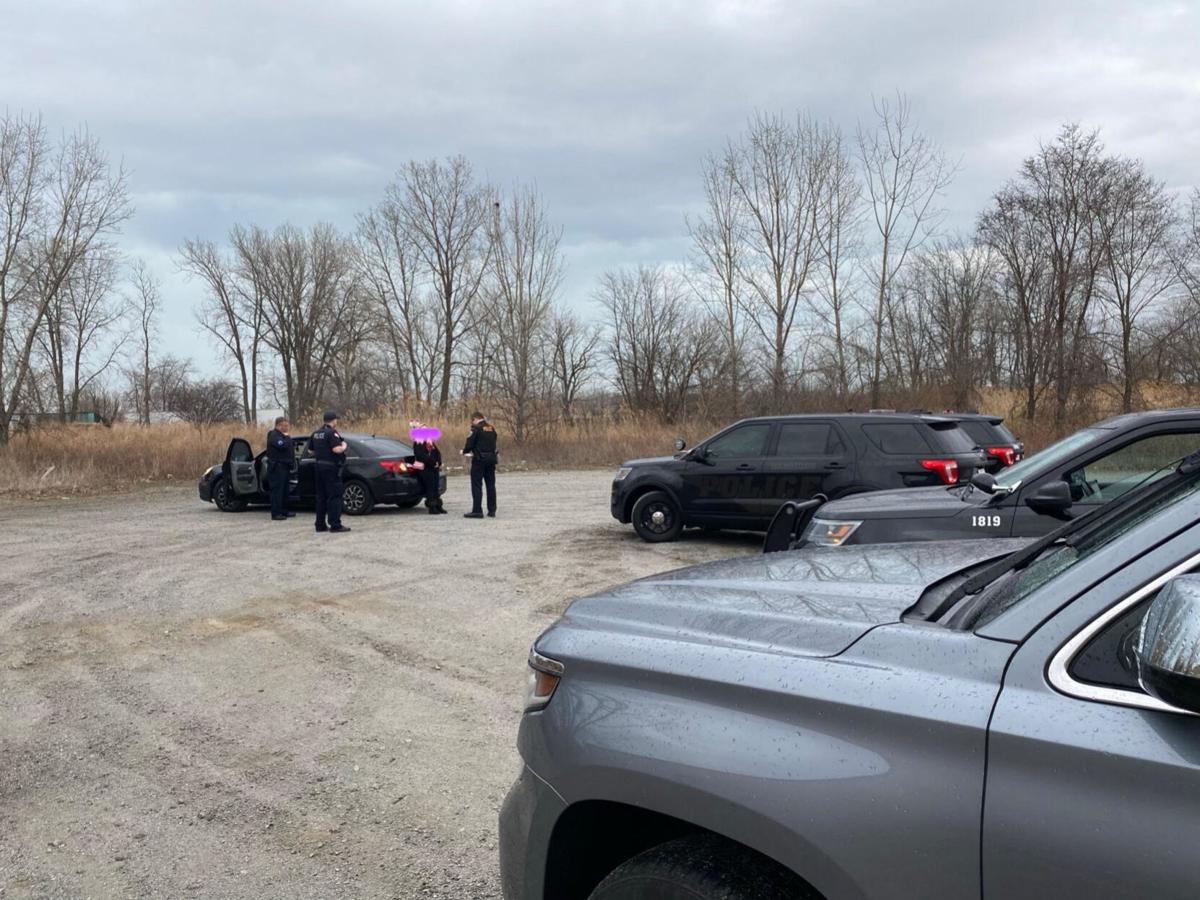 Hammond police transported the woman to Lake County Jail. Her face has been blurred out of the photo.

Hammond police arrested the driver near the 6400 block of Indianapolis Boulevard.

HAMMOND — After striking the Hammond mayor's vehicle on Tuesday, a woman fled from the scene, police said.

Police arrested Kyra Ann George, 24, of Hammond, who faces charges including failure of duty and leaving the scene of an accident, according to Hammond Lt. Steve Kellogg.

After getting off of work around 4:15 p.m. Tuesday, Mayor Thomas McDermott Jr. said he was driving on Michigan Street near the border between Hammond and East Chicago when he noticed a car behind him speeding 50 to 60 mph on a residential street.

At a stop sign, the vehicle nearly rear-ended his vehicle, McDermott said. Next, the woman allegedly tried to make an unsafe lane change.

"Then she pulled up next to me and was screaming obscenities at me at the stop light," McDermott said. "As she's yelling at me, I could tell she was clearly intoxicated. I said, 'Ma'am, you're wasted. You have no business driving a car, you need to pull over.' Then she hits my car, I hear this crunch as she side-swipes me."

The driver then fled at a high rate of speed south on Indianapolis Boulevard toward the Hammond Sportsplex. McDermott followed her to keep her in his sights as he spoke to police on the phone.

As she sped ahead, McDermott watched from a distance as she turned into an area behind the Smith Chevrolet of Hammond at 6405 Indianapolis Boulevard.

However, police quickly convened at the scene and officers were able to make an arrest in the 6400 block of Michigan Street.

"This lady could have killed someone, easily," McDermott said. "She could have hit a family or a kid on a bike. She had to have been speeding around 90 mph at one point."

No one was injured in the incident and McDermott's vehicle had minor damage.

"It was great police work on the part of the Hammond police," McDermott said. "They were on it and able to quickly block her in. I'm glad she was caught."

Before fleeing the scene, the man struck another vehicle on the property and then crashed into the victim's home.

Sheriff's car John Dillinger stole recovered in Maine, to be displayed after parade through Crown Point

A LaPorte County Sheriff's Office nabbed cocaine and guns while working on a Domestic Highway Enforcement initiative along the Indiana Toll Road.

Investigators believe the man and shooter know each other.

A 22-year-old Gary man told police the shooter was among a group of three males who confronted him after he spoke with a female neighbor, an official said.

Suspect in Lake Station shooting said he was being stalked, police say

The suspect allegedly told police the 36-year-old Crown Point man had repeatedly stalked and threatened him and that he was concerned for his own safety when he saw the man outside his home, an official said.

"If I can forgive her, so can everybody else," McDermott said.

Kyra A. George was arrested in the 6400 block of Michigan Street.

Hammond police transported the woman to Lake County Jail. Her face has been blurred out of the photo.

Hammond police arrested the driver near the 6400 block of Indianapolis Boulevard.