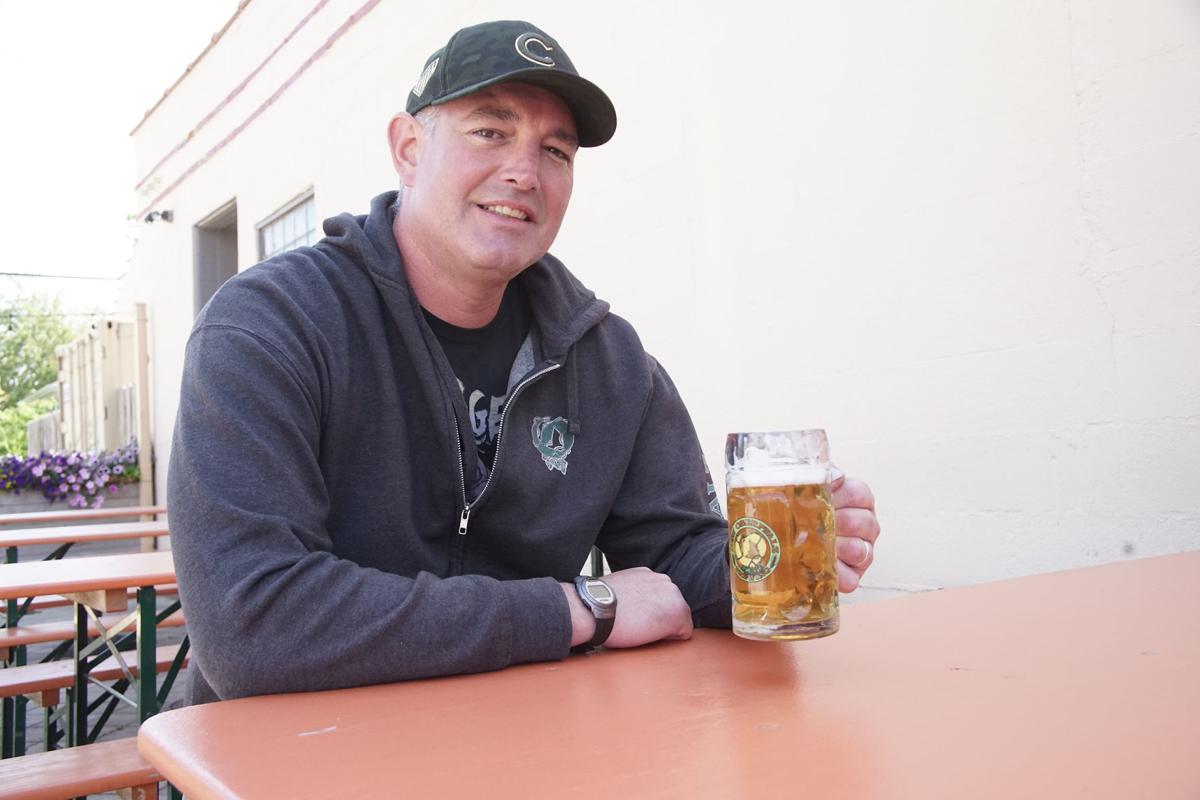 Dan Lehnerer was the first brewer to locate in downtown Griffith with his New Oberpfalz Brewing on Main Street. 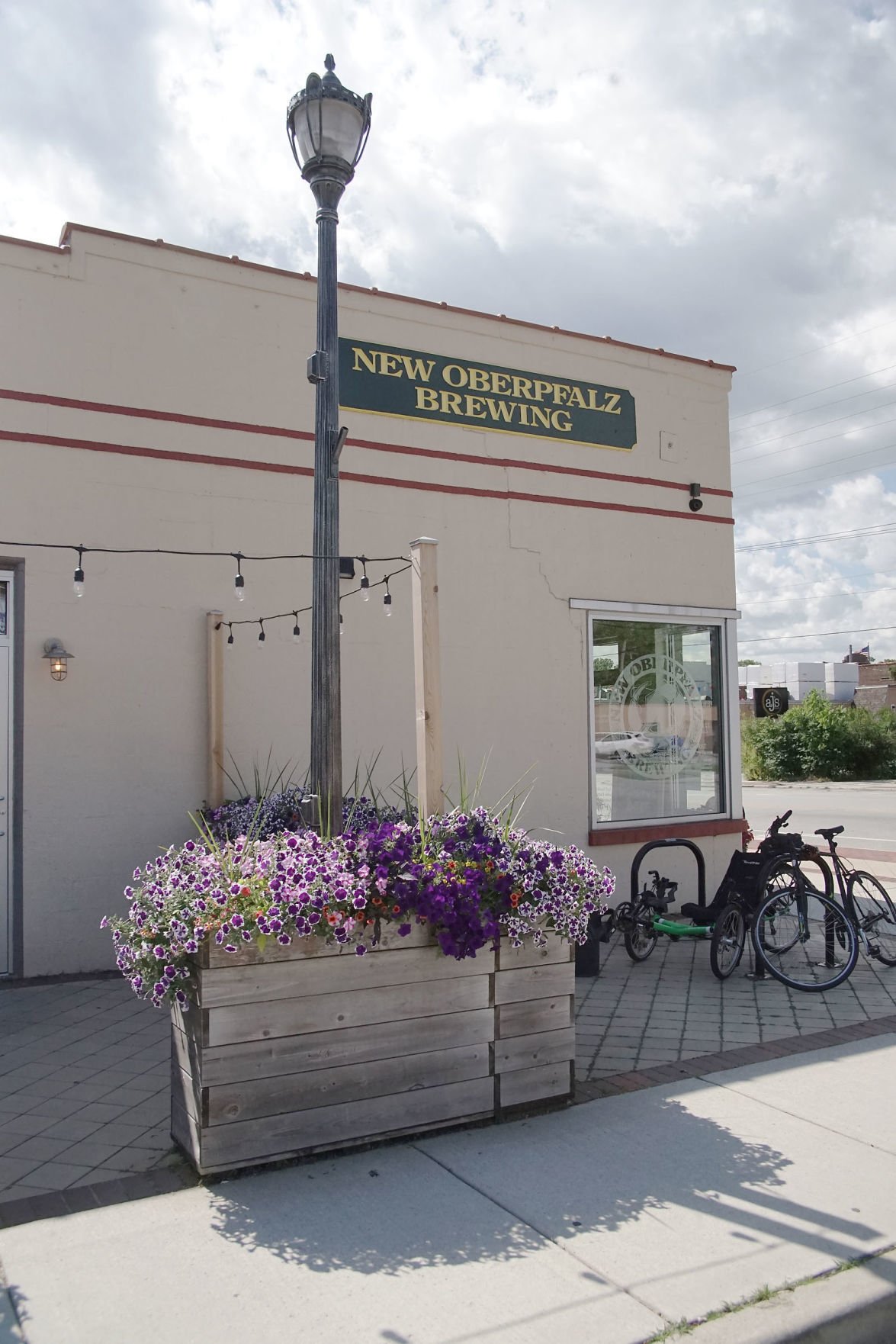 New Oberpfalz is named for the area of Bavaria where brewer Dan Lehnerer's family comes from. 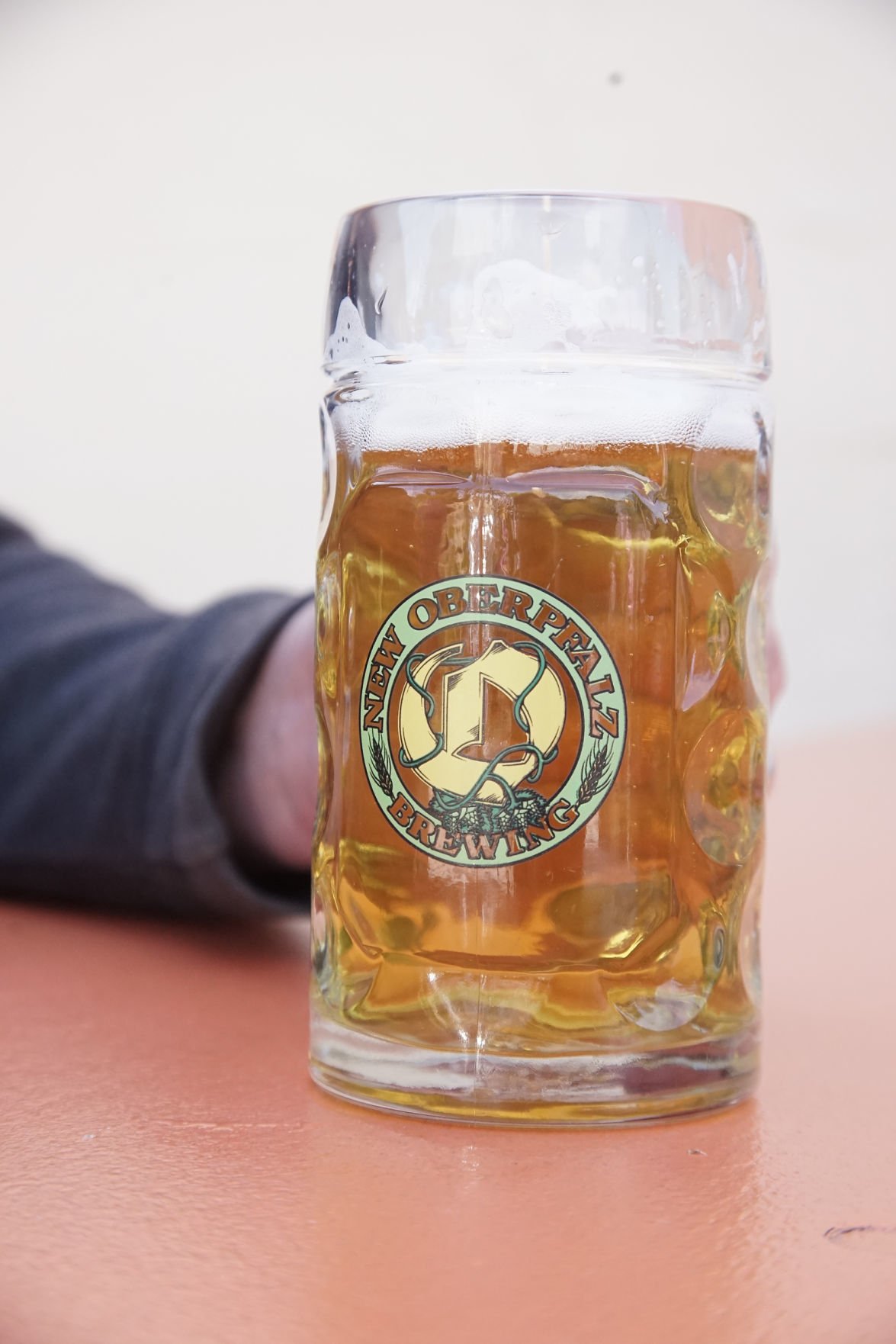 A cold one from New Oberpfalz 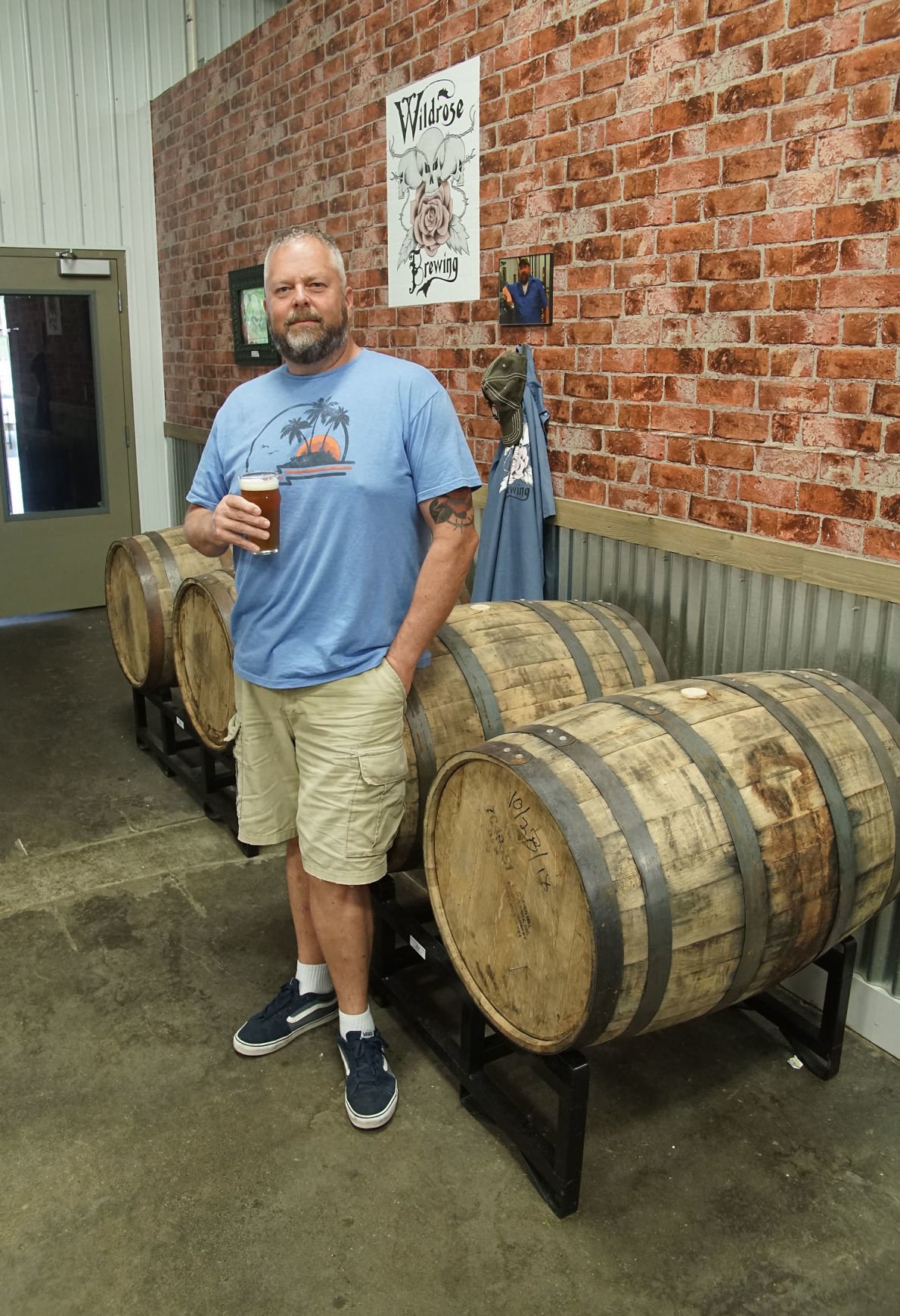 Dave DeJong, owner of Wildrose Brewing, got his start with friends in their garages in Schererville. 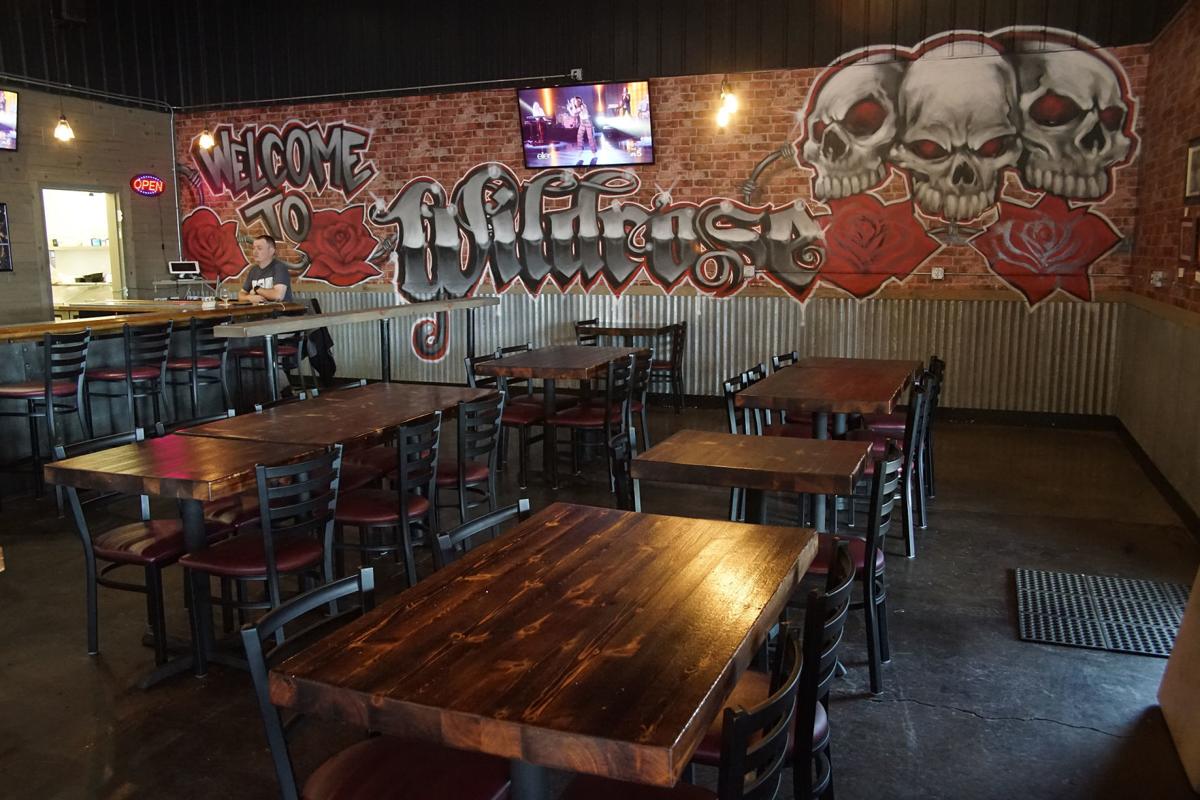 Wildrose Brewing on Main Street has begun canning its beers to expand its wholesale business. 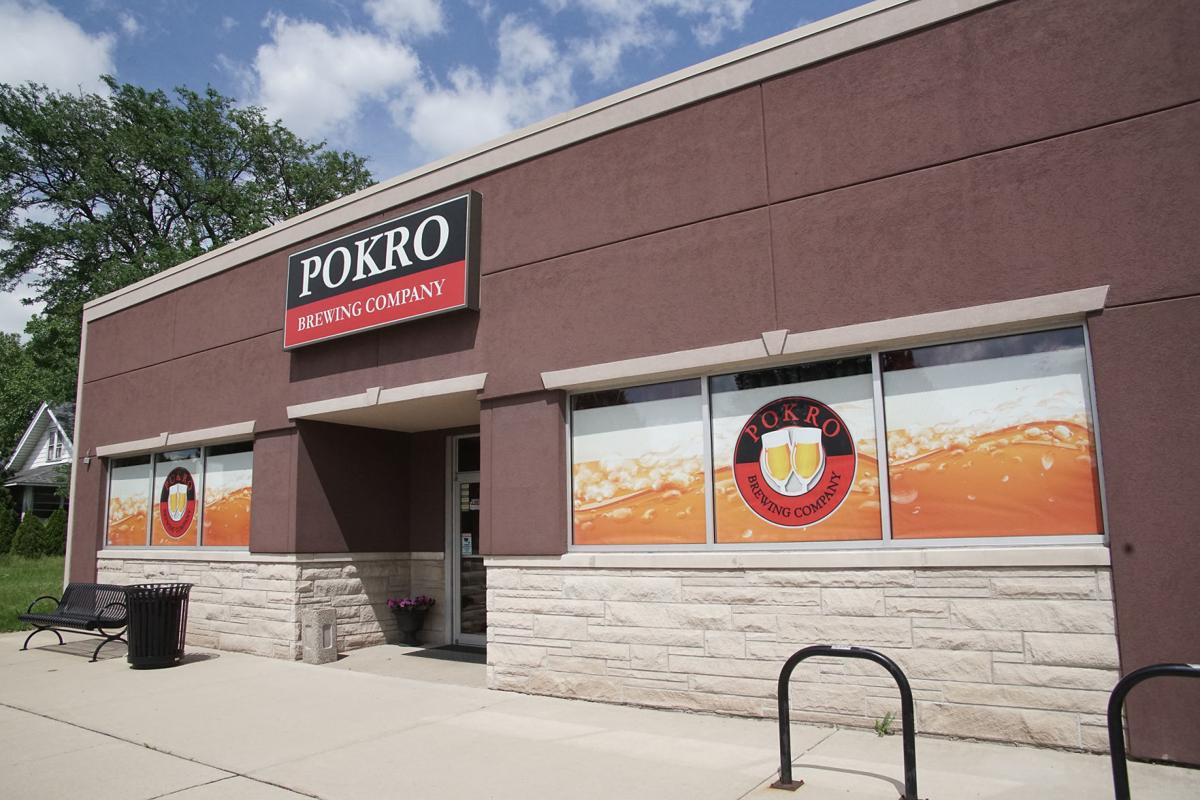 Griffith is toasting a renaissance of its compact downtown business district —with craft beers from its three hometown breweries.

“The town worked closely with three breweries that chose to locate here in 2015 — New Oberpfalz opened in January, Pokro in February and Wildrose in March,” recalls Town Council President Rick Ryfa. “At the time, we were looking for businesses that would bring new visitors to our downtown, and these breweries fit that bill very well. Grindhouse Cafe had opened several years earlier, and the success it had really helped Griffith sell itself when it came to new business recruitment.”

Indeed, shortly after the arrival of Grindhouse in 2012, Griffith Billiards opened, and Ryfa says a number of other businesses began talking to the town as they saw its potential. The breweries, he says, helped keep that momentum going, and now anchor what has become a revitalized shopping and entertainment district, even as other local downtown areas struggle to keep storefronts occupied and active.

“We are very fortunate to have dedicated business owners who have excelled here,” Ryfa says. “Griffith has gone from being a downtown that people quickly passed through to a thriving business district that seems to breed success among those who invest here with new business ventures.”

That includes, of course, those three craft breweries — and the distinct flavor each brings.

Dan Lehnerer began brewing in 2014 before opening his tap room in 2015, and the operation has been growing since. He’s proud of the fact that New Oberpfalz was among the earliest breweries to open in the Region (and the first in Griffith), and he’s happy to see the scene that has developed downtown.

“I think brewers realize they need to be different from one another to succeed, and the result is that beer drinkers get a great deal of variety without having to go far from home,” he says.

Bavarian style brews headline the stouts, ales and IPAs that accompany its salads, sandwiches and sides that also boast a Bavarian flavor.

David DeJong noticed Griffith's downtown revitalization as he and his friends were experimenting with home brewing in their Schererville garages (the name comes from the street where those garages were located), so he looked into setting up an operation when he heard the town was open to bringing in some breweries.

“We scheduled a meeting with the town, and they made it clear they were interested in us and would do all they could to help us through the process,” he recalls. “Being guys who had no experience dealing with plan commissions and zoning appeals, that excitement and willingness to help made a big difference.”

With its pub and outdoor space humming, Wildrose has begun canning several of its beers and making plans to further expand the wholesale side of its business. But DeJong says the buzz and conviviality of its Griffith brew pub will remain the primary focus.

“It’s cool to know that Griffith is becoming a beer destination with three pretty different brewery styles and completely different pub experiences,” he notes. “There’s something for everyone!”

He had been homebrewing since his mom first bought him a small kit for some 13 years before opening Pokro, along with his wife, Robyn, in 2015.

In 2017, Robyn discussed with The Times the revitalization of which the brewery has been a part.

“It feels like home to us. The businesses all help each other and support each other,” she said.

Robyn added, “Why do people come to us? We’re smaller. It’s a more personal experience.”

It also could have something to do with the way Pokro embraces its ethnic heritage, specializing in original recipes of Polish, Belgian, English and other European-style beers — complemented by a menu of traditional Polish cuisine, including pierogi, sausage, sauerkraut and potato pancakes.

Griffith grew up around the railroad junction on what is now South Broad Street.

The Town of Griffith may be more commonly known for its local shops and eateries, its bike trail and its many railroad crossings, but what mak…

New Oberpfalz owner brews up a career out of his passion

Dan Lehnerer is one of those lucky people who does what he loves everyday.

The Griffith Education Foundation is experiencing a revival of sorts with new people, new ideas and fundraisers that go beyond an annual spagh…

Development underway and in the works designed to make Griffith a workable, walkable hub

Though Griffith is still known as the Town by the Tracks, it’s the foot traffic that has everyone buzzing.

It's appropriate that Central Park is called “the heart of Griffith,” considering it's home to A Park Full of Art, a fine arts event that has …

Dan Lehnerer was the first brewer to locate in downtown Griffith with his New Oberpfalz Brewing on Main Street.

New Oberpfalz is named for the area of Bavaria where brewer Dan Lehnerer's family comes from.

A cold one from New Oberpfalz

Dave DeJong, owner of Wildrose Brewing, got his start with friends in their garages in Schererville.

Wildrose Brewing on Main Street has begun canning its beers to expand its wholesale business.