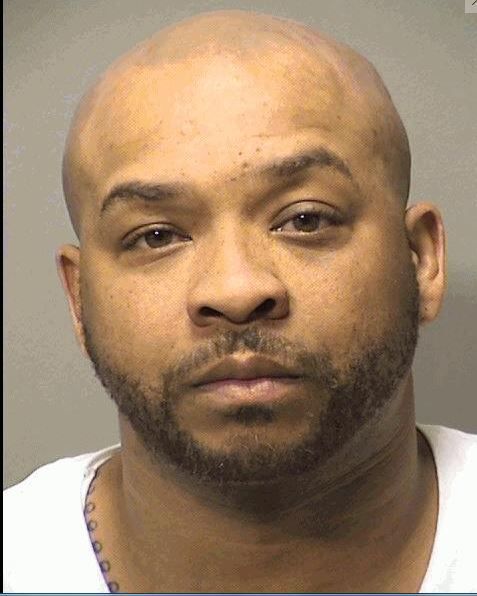 PORTAGE — A Gary man has been charged in a hit-and-run accident last month that claimed the life of a Portage man.

Simmie D. Fluker, 40, of Gary, has been charged with two felony counts, leaving the scene of an accident resulting in death and driving while suspended resulting in death, said Portage Police Chief Troy Williams.

Fluker is in custody at Porter County Jail.

Joseph Bonner, 18, was struck and killed while he was walking along Hamstrom Road early in the morning of Feb. 12. He was found about 1:30 a.m. lying on Hamstrom Road and was pronounced dead at the scene from blunt force injuries. Bonner was walking north on Hamstrom Road from the Speedway gas station on Central Avenue to his residence.

The driver, later identified as Fluker, fled the scene, leaving behind a large debris field.

On Feb. 15, police located the suspected vehicle, a dark blue 2007 Yukon Denali, at a body shop in Gary. A search warrant was obtained through the Porter County prosecutor's office, and the SUV was brought back to the Portage Police Department. The next day Fluker came to the Police Department with his attorney, provided a statement and was released.

"This arrest won’t bring Mr. Bonner back to his family, but we hope it offers them some measure of relief," Williams said. 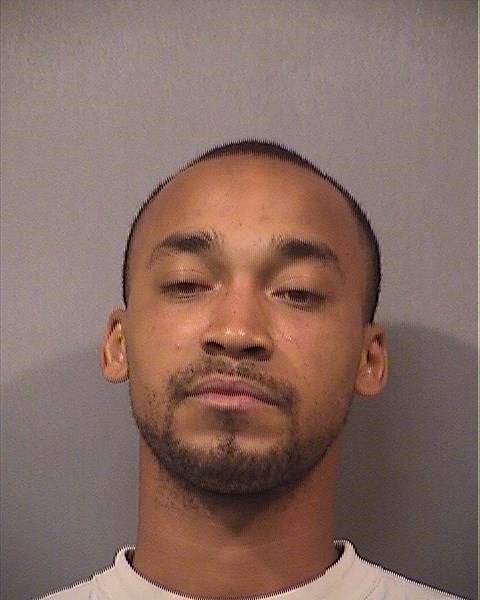 Police: Man flirted with bartender, gave her his phone number before attempting to shoot patron at Beer Belly's Bar in Gary

CROWN POINT – A 29-year-old man allegedly gave a bartender his phone number before attempting to shoot another patron last fall at a Gary bar, according to court records filed Wednesday.

Adam G. Rozier, of Gary, was charged Wednesday in Lake Criminal Court with four felony counts of criminal recklessness and one misdemeanor count of criminal mischief.

He said the man left, but returned 15 minutes later with a handgun and fired several shots into the bar.

No one was reported injured in the shooting, records state.

A bartender told police the suspect had been bugging her all night for her phone number. She said she took his phone number, which she provided to police.

A search of a police database indicated the number was registered to Rozier. The bartender identified Rozier as the shooter in a photo array, records state.

Rozier was also identified as the shooter from the bar's video surveillance.

A warrant was issued Wednesday for Rozier's arrest. 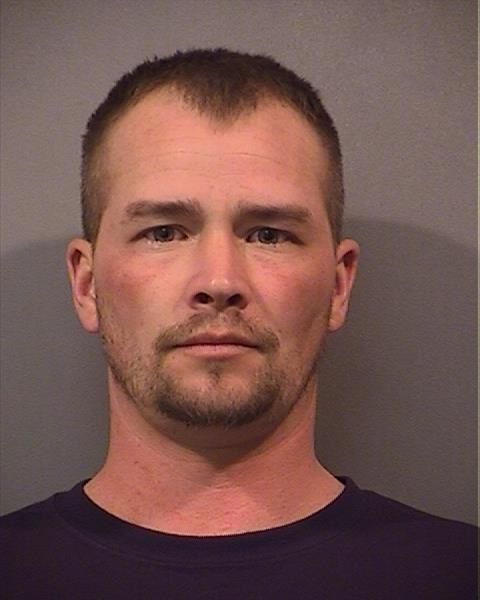 CROWN POINT — A 37-year-old man was found guilty at trial Wednesday of child molestation on allegations he groped a girl two years ago in Dyer.

Warren M. Dejong, of Dyer, was charged with child molesting, a level 4 felony, on allegations he put his hands down a girl's pants sometime around Jan. 9, 2016, at Dejong's Dyer home. At the time she was 10 years old, prosecutors said.

The girl's father called police after learning about the allegations. The girl's mother found a sexually suggestive Instagram message Dejong sent the girl, though he claimed it was not intended for her.

Dejong was found guilty of the offense after a three-day trial that began Monday, according to court records. The jury began deliberations 11:40 a.m. Wednesday and reached its verdict in less than two hours, records state.

Dejong is scheduled to be sentenced May 1.

A level 4 felony is punishable by two to 12 years incarceration. 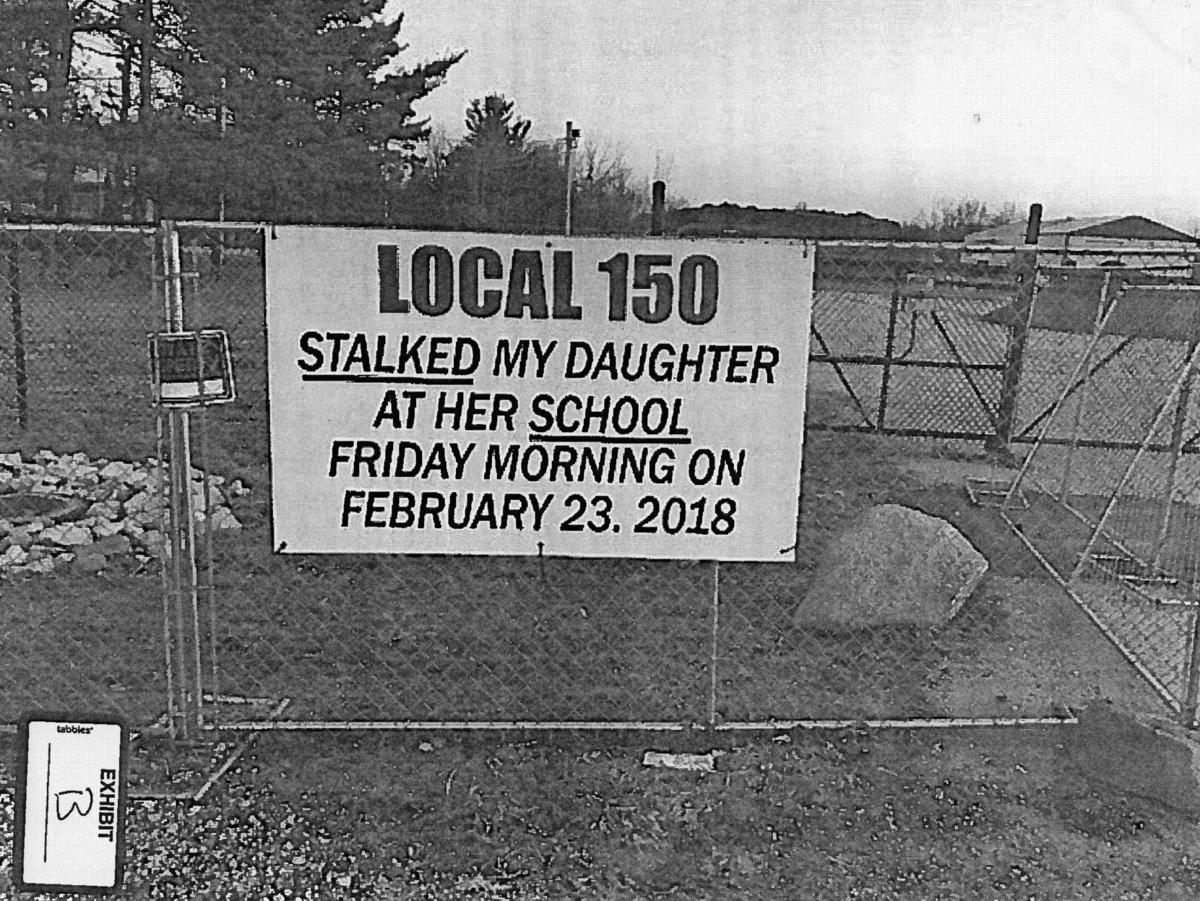 VALPARAISO — An argument between a local excavating company and union over the use of the word "stalking" in a sign remains unresolved.

In a brief court hearing Thursday afternoon, Superior Court Judge Jeffrey Clymer dismissed one lawsuit between Davis & Sons Excavating of Liberty Township and International Union of Operating Engineers Local 150, but couldn't rule on another lawsuit involving the sign in question because the lawsuit had been shifted to a federal case.

Neither company owner Dick Davis nor a representative appeared at the hearing, nor did they file a response to the motion to dismiss.

The lawsuit brought by Davis against the union on Oct. 30 had been moved to federal court, but was remanded back to Clymer's court March 15. Union representatives then filed a motion to dismiss that case.

The case still in question was filed Feb. 28 by the union against Davis for posting a sign at his business, 155 W. U.S. 6, accusing the union of "stalking" his daughter at school.

At a hearing earlier this month, Clymer had ordered Davis to remove the sign.

Ken Elwood, attorney for Local 150, said the word "stalking" referred to a criminal act and use of that word amounts to defamation if someone has not been convicted of the offense.

Elwood said not removing the sign was a "willful violation" of the temporary restraining order. He added that he expects this case to also be remanded back to Clymer's court, where he will take up the matter of contempt of court by Davis. If it is not remanded back to the local court, he said, the union will file for another temporary restraining order. 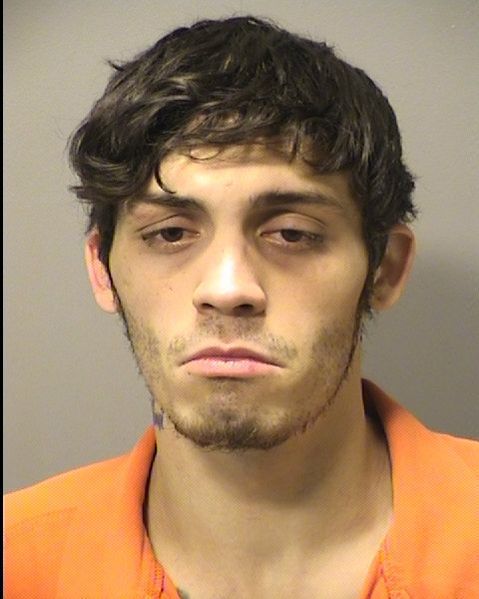 Police initiated a traffic stop on a vehicle at about 8:15 p.m. on Old Porter Road and South Babcock Road, Heckman said.

Maldonado allegedly fled from the passenger side of the car in attempt to flee yet again, leading police on a foot pursuit to a nearby wooded area, where he was placed into custody.

Before his escape from the Porter County Jail late Monday, Maldonado twice attempted to run from Portage police officers during his arrest earlier that day according to police.

Maldonado, who had been pulled over with a woman and infant just after 10 a.m. Monday along U.S. 20 in Portage, attempted to push past police when a glass crack pipe and hypodermic needle fell from his clothing during a search, according to a newly released Portage police report.

Maldonado had to be struck with a stun gun to be handcuffed, but began running away while being escorted to a police car, police said.

Maldonado was placed in a hobble restraint, according to police. While stopping the second of two times to let Maldonado lean out of the vehicle and try to vomit, the officer said he noticed a buckle on the restraint was no longer secure, but he did not tighten it because it appeared to still be holding Maldonado's hands and feet together.

The officer said he requested help from the jail before arriving, but found no one waiting after pulling into the enclosed sally port at the facility. He locked his weapon in the trunk of his car and then noticed Maldonado flee from the vehicle at 11:15 a.m. and out of the building under the closing garage door, according to police.

The closed garage door prevented police from immediately pursuing Maldonado, according to the report. The Portage officers said they repeatedly pushed a communication button and pounded on the booking room door before another outside door was opened to allow their pursuit.

The officers said the delay prevented them from knowing which direction to pursue Maldonado.

Maldonado fled from the jail barefoot and in handcuffs, according to police.

He remained at large until his arrest in Burns Harbor Tuesday.

Police said they found three plastic bags with a white powdery substance in a child's diaper bag in the vehicle Maldonado was driving.

Candice Bruns, 19, of Lake Station, who was traveling with Maldonado, was also arrested and family was called to retrieve the infant found in the vehicle, police said.

A car stolen just a couple of hours after the escape from nearby Pratt Industries was recovered at 3:37 p.m. Monday in the area of Juniper Road and County Road 700 North in South Haven, police said. Police believe the escape and theft were related.

The Porter County Sheriff's Department released two videos Tuesday of the escape. One video shows the man fleeing from a Portage police car inside of the jail's sally port area, and the other shows him running outside the jail.

Portage police have assigned a couple of detectives to the case and have been following up with known associates of Maldonado, Public Information Officer James Maynard said.