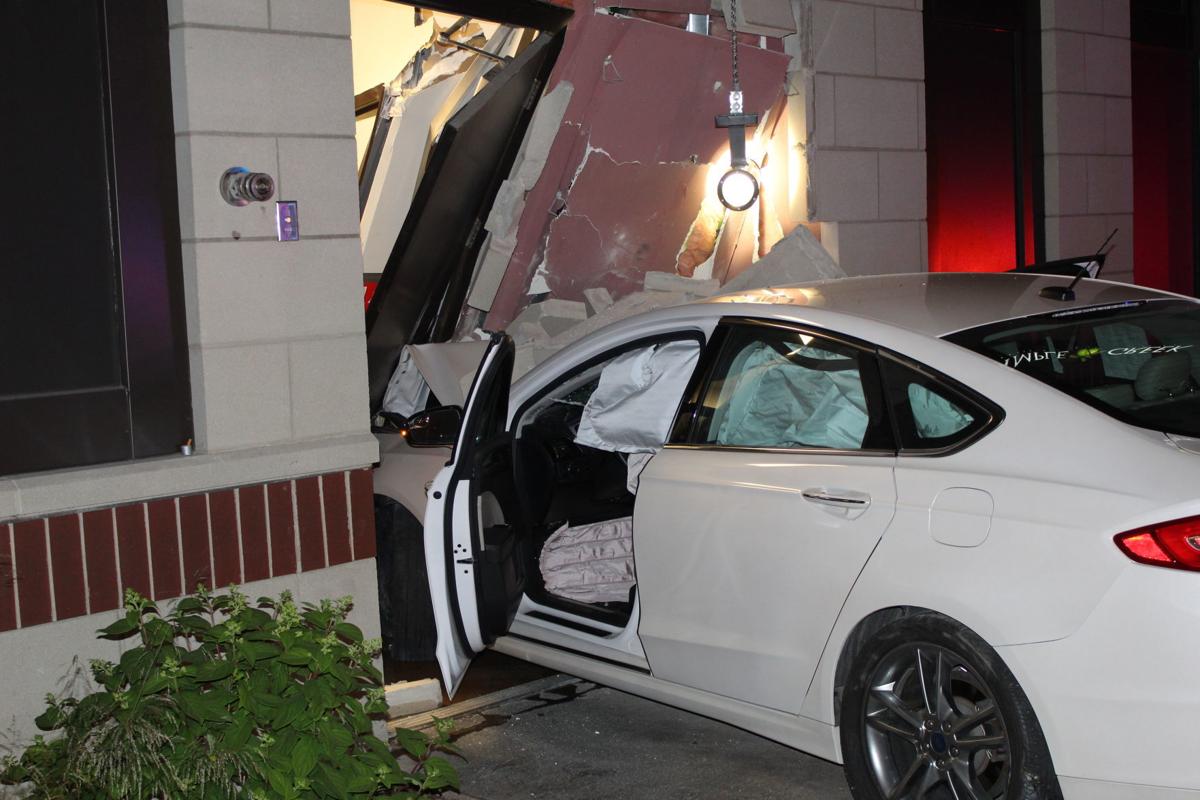 MUNSTER — A cook working at El Salto Restaurant heard a loud boom and found a car surrounded by debris in the employee bathroom late Tuesday.

At about 11 p.m., officers were called to a wreck at 9611 Calumet Ave. and found a white Ford Fusion had crashed into El Salto Restaurant, Munster police Lt. John Peirick said.

El Salto Cook Freddy Garcia-Hernandez said he was talking with coworkers in the dining area when they heard a loud bang come from the kitchen.

“I saw smoke and the extinguishers going off, and I see a car in the middle of the employee bathroom,” Garcia-Hernandez said. “I started knocking on the window. I was afraid someone was hurt or dead inside, but no one was there.”

Garcia-Hernandez went to the outside of the building facing Calumet Avenue, where the vehicle struck the building. He saw a distressed woman sitting at the nearby street corner in front of The Simple Greek and waited with her until first responders arrived.

At the time, the restaurant was closed and only staff were in the building. Garcia-Hernandez said it was lucky that no one was inside the bathroom at the time, including himself.

“It totally wrecked the bathroom,” he said. “I was just about to use the restroom but ended up talking to my coworkers. I could have easily been back there, or the bus girl, who normally empties the trash cans around that time.”

The wreck also resulted in extensive damage to the building's exterior wall facing Calumet Avenue and the vehicle.

Peirick said the driver, a 37-year-old Dyer woman, was taken to the hospital to be checked for injuries before she was transported to Lake County Jail, Peirick said. He said police suspect alcohol was a factor in the crash.

El Salto Restaurant is running under normal operations and business was not affected by the crash. The damaged section of the building is currently boarded up pending repairs. 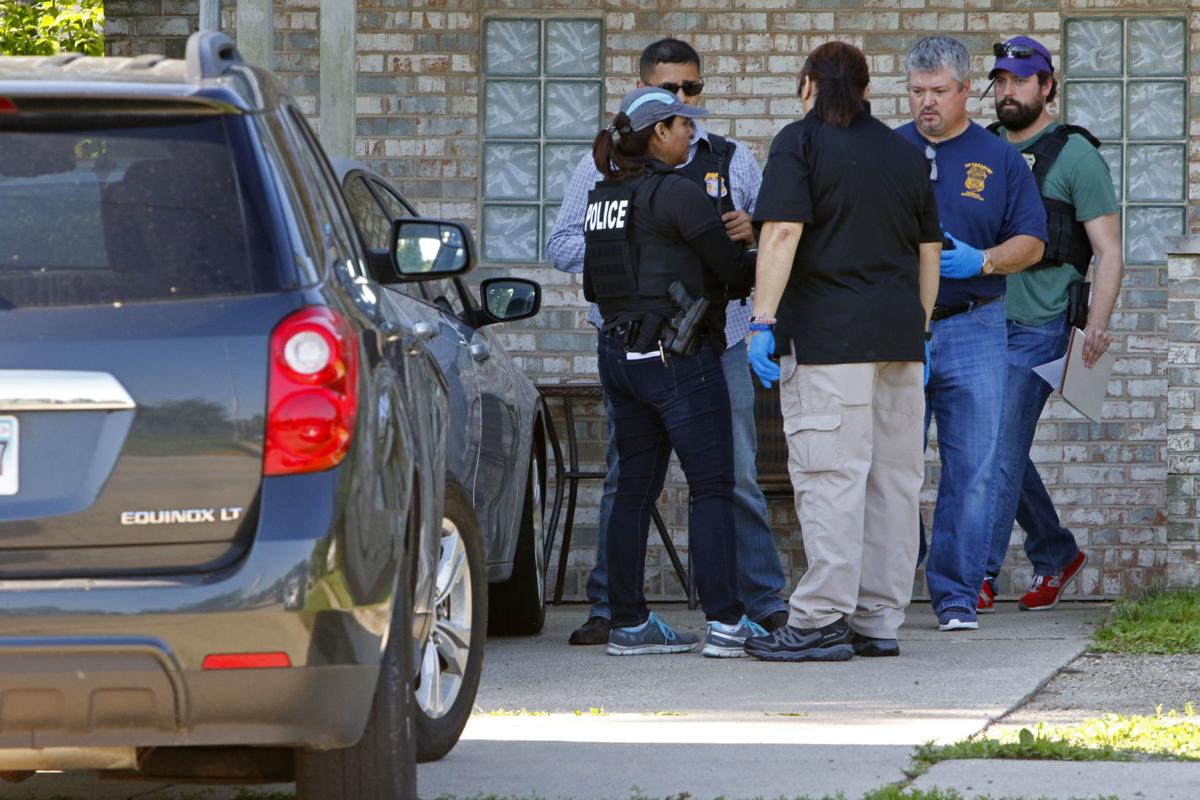 HAMMOND — A line of eight unmarked vehicles with Illinois plates sat idling in front of a Hammond residence as federal agents executed a search warrant there Tuesday morning.

Hammond police Lt. Steven Kellogg confirmed the raid was conducted by the Internal Revenue Service in the 3100 block of 173rd Street. Officers could be seen outside the Hammond home talking with agents, but Kellogg said his department isn't involved in the IRS investigation.

IRS agents, adorned in plain clothes, black police vests and blue medical gloves could be seen removing items from the residence and placing the objects into the unmarked SUVs. At least one firearm was recovered from the two-story, brick home that sits almost directly across from the Caldwell Youth Sports Complex.

"I cannot confirm or deny the existence of an investigation," said Ryan Holmes, a spokesman for the U.S. Attorney’s office. 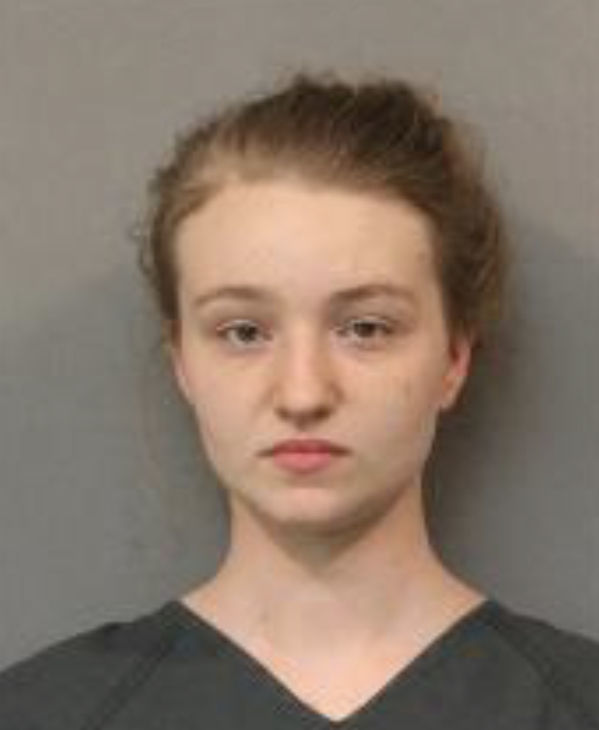 CROWN POINT — A Cedar Lake woman told police she noticed her 6-month-old daughter wasn't well Thursday, but went with her boyfriend to buy drugs and didn't seek help for the baby until the following day, court records allege.

Brittany C. Chambers, 20, was charged Monday with two counts of felony neglect in connection with the death of her daughter Elliana Orgon.

"Our detectives are continuing in their aggressive and thorough follow-ups," he said. "We won't stop until anyone that may have had a role in this child's death is brought to justice."

When police arrived Friday to a home in the 700 block of Main Street in Crown Point, they found Elliana was cold to the touch and in rigor mortis, Lake Criminal Court records say.

Chambers, Elliana's mother, told police she called 911 after awaking about 2 p.m. and finding her infant was cold and blue.

Police observed garbage, drug paraphernalia and animal feces in the bedroom where Elliana's playpen was located, according to court records.

The playpen was damaged and filled with clothes and there were broken items all over the floor. The room smelled of feces and urine, and unknown liquid substances stuck to the shoes of officers who entered the room, records allege.

Chambers initially told police she, her boyfriend and Elliana went out Thursday and returned about midnight. She claimed she put Elliana to bed and went to bed about an hour later.

Chambers' boyfriend told police he and Chambers dropped her 2-year-old son off with his father and went to several restaurants before returning home about 11 p.m. Thursday. He claimed Chambers put the baby to bed and fell asleep in the bedroom.

The doctor who performed an autopsy on Elliana determined the baby's injuries likely would have occurred 12 to 14 hours before police found her in rigor mortis about 2 p.m. Friday, court records state.

In another interview with Crown Point police, Chambers admitted she signed an agreement in March with the Department of Child Services that prohibited her from allowing Elliana to have any contact with her boyfriend, court records say. The agreement was signed after Elliana suffered a previous injury that required hospitalization.

Records show the boyfriend was charged June 17 in Hobart City Court with misdemeanor possession of a synthetic drug or lookalike substance. His initial hearing in that case was set for July 15.

The boyfriend had not been charged in connection with Elliana's death as of Monday afternoon, records showed.

Chambers told police she left Elliana in her boyfriend's care, in violation of the safety plan agreement with DCS, while she took her son to his father's home, records allege.

When she returned, she noticed Elliana did not look right but did not check on her, records say. Chambers allegedly told police her boyfriend moved Elliana from a bounce chair to a car seat before they traveled to Gary to buy drugs.

She claimed she was robbed while attempting to buy drugs and later made a successful drug purchase. She, her boyfriend and Elliana then returned to his Crown Point home, where the couple smoked synthetic marijuana, records say.

Chambers told police she didn't know what happened to Elliana and did not check on the infant from midnight to 2 p.m. Friday, according to court records.

Chambers was being held Monday on a $50,000 bail. Court records did not yet list a defense attorney or date for her initial hearing. 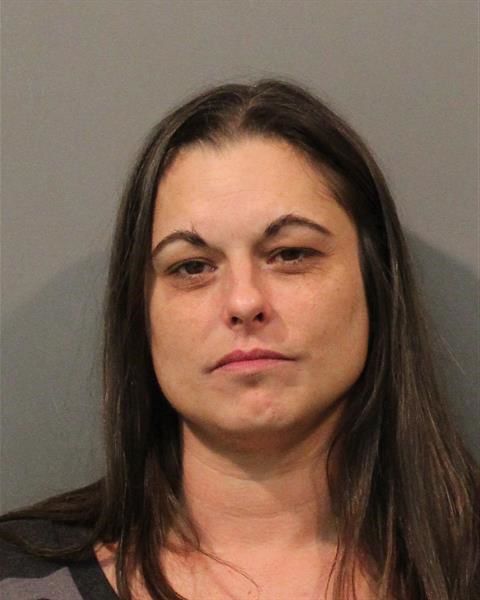 CROWN POINT — About a month after her arrest on allegations she sexually assaulted employees at the Hobart Victoria's Secret store, a Schererville woman was stopped by police after buying heroin in Gary, court records allege.

Tina M. Rice, 38, turned over about 0.3 grams of heroin wrapped in a blue and white piece of paper and cried and pleaded with the detectives Feb. 20 to allow her to go home, records state.

A detective with the Lake County sheriff's High Crime Unit allowed Rice to leave the traffic stop near 23rd Avenue and Grant Street in Gary, but told her she would be charged with possession of heroin, records said. She was charged Monday with level 6 felony possession of heroin.

A warrant was issued for Rice's arrest Tuesday, the same day she appeared before Lake Criminal Court Judge Samuel Cappas in the sexual battery case.

Rice was arrested Jan. 18 on allegations she pulled down a retail associate's pants in a dressing room at Victoria's Secret and made a comment about the associate's private area. Rice also is accused of slapping another employee's buttocks on the way out of the store.

The High Crime Unit stopped Rice on Feb. 20 after watching her circle an area between Harrison and Grant streets and 17th to 19th avenues, according to court records. Police stopped her car after she briefly went inside a home on 19th Avenue and began to drive away.

Rice initially claimed she had been at a friend's house and was on her way back to Schererville, but she admitted to buying drugs after a detective told her he'd been watching her drive through the area for about 30 minutes, records allege.

Rice then told the detective she could "not afford to be arrested because she was currently on probation," court records said.

Rice is not currently on probation, but she is free on bond in the sexual battery case. Her next court date in that case is set for Aug. 13.

VALPARAISO — Just hours after he allegedly killed a young man and woman, Valparaiso resident Connor Kerner shared the news and details with an acquaintance before giving her a chilling warning, according to police.

"Connor told (the confidential informant) that if she told anyone that he did this (the killings), he would kill her and her family," according to additional charges filed in the case.

Kerner has been charged with a new felony count of intimidation, according to court records.

A felony arson charge also was added, accusing Kerner of burning the 2012 Honda Civic used by the victims on the night of their Feb. 25 slayings, police said. Authorities said the victims were in the vehicle when it was lit on fire.

A status hearing in the case is scheduled for July 15 before Porter Superior Court Judge Roger Bradford.

Kerner is accused of killing Thomas Grill Jr., 18, of Cedar Lake, and Molley R. Lanham, 19, of St. John, in what Kerner said was a drug deal gone bad in Kerner's grandparents' garage in Boone Township, according to court records.

The confidential informant told police she was at Kerner's home from 7-10:30 p.m. Feb. 25 and noticed he was "visibly upset," according to charging information.

"(The informant) asked what was wrong," according to court records. "Connor replied that he had done something 'really bad.' She asked him to specify, to which he replied, 'I killed someone, and I killed an innocent girl.'"

Kerner allegedly went on to identify his victims as Grill and Lanham, but the informant thought Kerner was joking until later noticing a missing persons report involving Grill and Lanham on social media, police said.

"(The informant) advised that she texted Kerner a picture of the missing persons report and he replied 'Jesus,'" according to court documents.

Kerner allegedly told the informant the details of the killings, and on Feb. 28, told her he would kill her and her family if she told anyone, according to court records.

Kerner, who was 17 at the time of the killings, reportedly told the informant he shot Grill after Grill tried to rob him during the drug deal.

Kerner then showed Grill's body to Lanham, court records allege. Kerner warned Lanham not to say anything about the death, and as she turned to leave, Kerner shot her in the head, police said.

An informant told police Kerner said he loaded the two bodies into the trunk of the teens' Honda Civic about midnight following the killings and loaded the vehicle with various containers of flammable liquids.

Kerner drove the Civic to an area near the intersection of County Roads 550 South and 250 West in Porter Township and set the vehicle and bodies ablaze, the informant told police.

The bodies were discovered March 2 inside the burned-out car and were confirmed to be Grill and Lanham, authorities said.

"Kerner's plan was to rent a U-Haul truck later and somehow get the car in it and dump it in the Mississippi River," police said.

"Kerner told (the informant) he had done this before and knew how to cover up a murder and get away with it," according to charging documents.