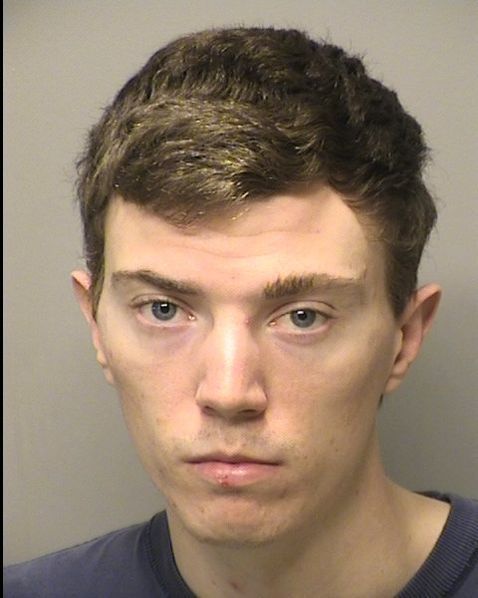 VALPARAISO — A 28-year-old Porter man was sentenced to four years on probation Monday after admitting to having sex a few years ago with a girl he knew was 15 years old.

Brandon Shipman pleaded guilty to a felony count of sexual misconduct with a minor and will thus have to register as a sex offender and live according to those state restrictions, according to court records.

He also is required to undergo HIV testing and take part in a sex-offender program.

The offense in question occurred in March 2015 when Shipman was 23, according to court records.

The girl's family reported the allegations after the girl began suffering from depression, cutting herself and using drugs and alcohol before she was admitted to a psychiatric unit, according to charging documents.

The girl reportedly told police at the time that Shipman reached out to her on Facebook. The pair had sex at his parents' home after he provided her with alcohol, and they had sexual contact in a vehicle on two other occasions, police said.

Shipman reportedly told the girl not to tell anyone "or he would get in trouble," police said. 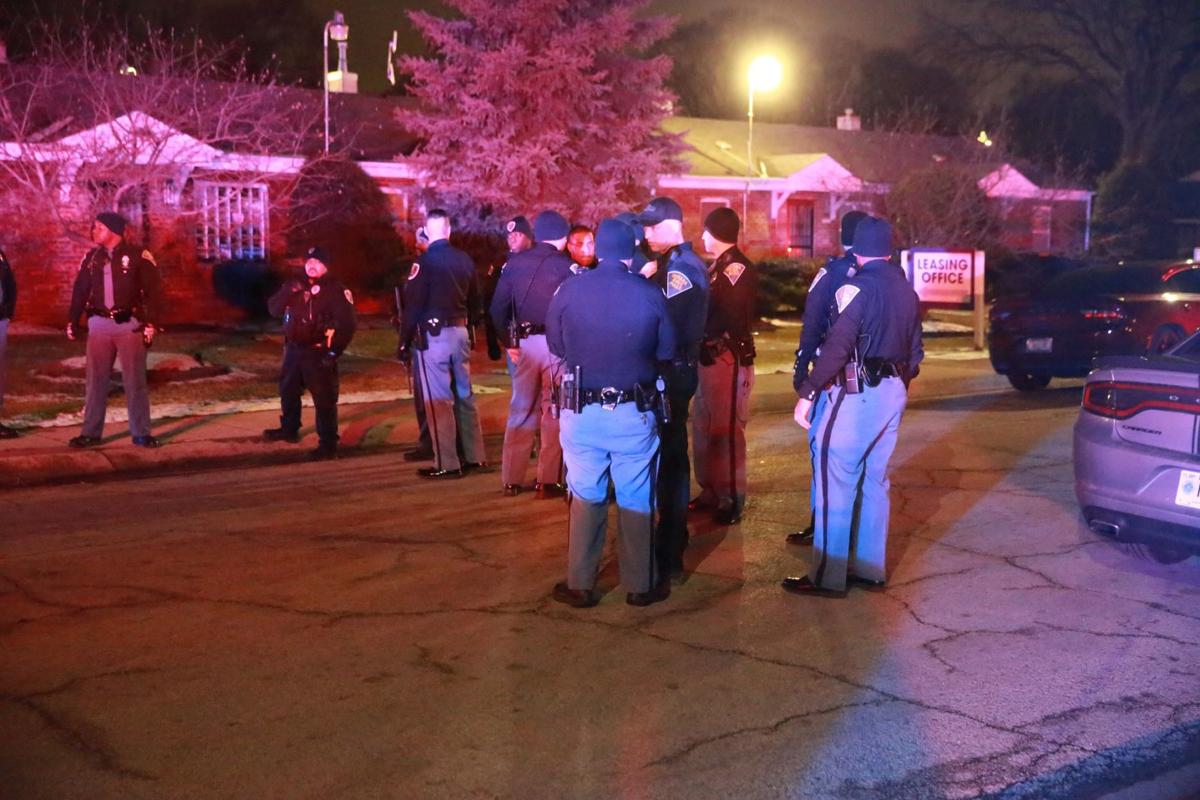 GARY — A suspect was killed and two Gary officers were injured during a shootout Monday as a police SWAT team attempted to execute a warrant, Lake County Sheriff Oscar Martinez said.

"Upon SWAT entry into the home, it appears that the suspect fired at SWAT officers as they were making entry. Two officers were struck," Martinez said. "One of the officers that was struck by the suspect managed to return fire, killing the suspect."

The officers are both listed in stable condition and undergoing treatment, according to Gary police Lt. Dawn Westerfield. Mayor Jerome Prince said the officers were being treated at Methodist Hospitals Northlake.

The shooting happened in the 2400 block of Waverly Drive, where officers had the entrance to the Westbrook Apartments blocked off.

Nielsen was shot in the chest, with the round being absorbed by his bulletproof vest, and in his left arm, Westerfield said. She said Artibey was hit by shrapnel in his abdomen and chin.

The suspect, whom Gary police declined to identify, was described by Westerfield as a black male in his late 20s.

Sources with knowledge of the investigation say the suspect was a person of interest in a Merrillville hotel homicide.

The Lake County coroner reported that Betty Claudio, 44, of Gary, was pronounced dead Sunday afternoon at the Hampton Inn, 8353 Georgia St. in Merrillville. Police said the death was being investigated as a homicide.

Monday's shooting incident began with Gary officers assisting a Merrillville police investigation regarding a person of interest, according to Westerfield.

Westerfield said the suspect barricaded himself in a residence, and that Gary police called out a SWAT team at 1:50 p.m. Upon its arrival, officers began negotiating with the suspect.

After about two hours of negotiations, the SWAT team decided to enter the residence at around 4:20 p.m.

Westerfield declined to say how many times the suspect was shot. 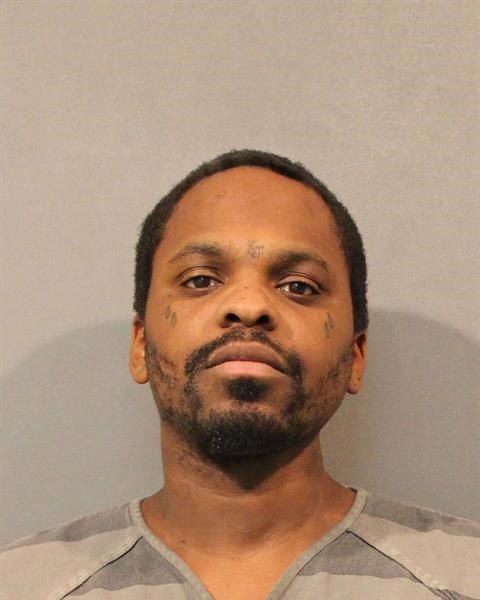 CROWN POINT — Several witnesses were arrested last week ahead of a man's trial on charges alleging he stabbed his girlfriend to death, but the state ultimately dropped the charges for lack of evidence.

Instead, Washington's trial was vacated and he was ordered released to the custody of LaPorte County, where he is facing a petition to revoke his probation in a 2018 methamphetamine case.

Rawson died from multiple stab wounds to the torso, court records state. A white cord was wrapped tightly around her neck, and the contents of a cat litter box were spread throughout the bedroom and over her body.

Lake Criminal Court Judge Diane Boswell issued warrants for four witnesses in the case in November, after they failed to appear for depositions in the case, according to the Lake County prosecutor's office.

The witnesses were arrested last week and brought before Boswell. However, Lake County Deputy Prosecutor Judith Massa filed a motion to dismiss the case Friday citing a lack of "sufficient evidence to prove the case beyond a reasonable doubt."

Washington was expected to be sent to LaPorte County, where an arrest warrant was issued in October 2018 on a petition to revoke his probation.

Washington was sentenced to six years behind bars in January 2018 after pleading guilty to possession of methamphetamine, a level 5 felony, and misdemeanor resisting law enforcement, records show. A significant portion of the sentence was suspended, and Washington was placed on probation.

Boswell dismissed the murder case without prejudice, which means it could be re-filed at a later date. 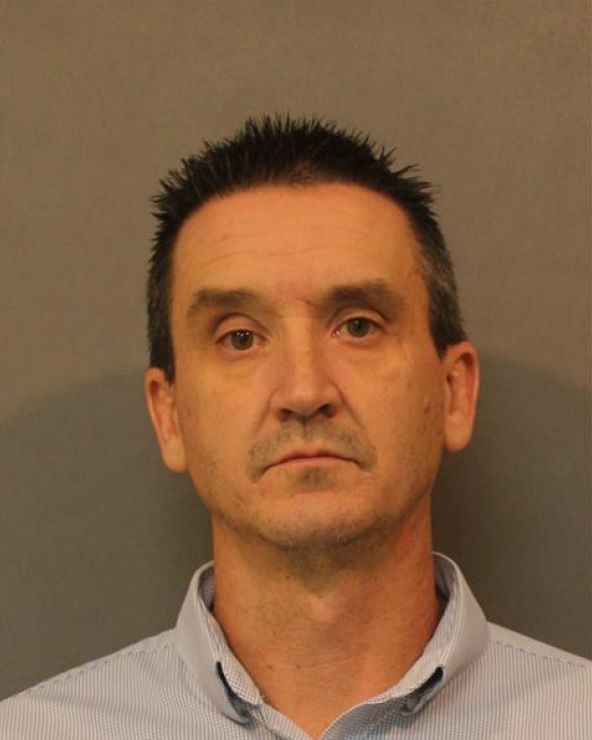 DYER —A Dyer man is accused of forcing himself on a young teen and pushing her to drink alcohol during several intimate meetups, court records allege.

Dyer detectives first learned of the alleged sexual abuse after they were contacted by a representative from the Children's Advocacy Center of Southwest Florida.

The victim and her parents moved to Florida from Dyer, but the alleged sexual misconduct occurred in 2017 and 2018 at Holdren's residence in the 1500 block of Knightwood Drive, records state.

The advocacy center learned of the allegations in a November forensic interview.

The girl said Holdren allegedly sexually abused her over a few months and that she "kept it quiet for a long time," records state.

In December 2017, the abuse began with Holdren inappropriately touching her. She was 14 at the time, records state.

In June 2018, she said she took a flight back to the area for several weeks for a wedding, and during this time, Holdren allegedly became more sexual toward her, records state.

The abuse continued through August 2018, and he allegedly told her he wanted her to stay with him and that he was in love with her, records state.

The girl said Holdren always tried to get her to drink alcohol when they were around each other and forcibly poured a beer down her throat on one occasion, records show.

All charges against Holdren are felonies. 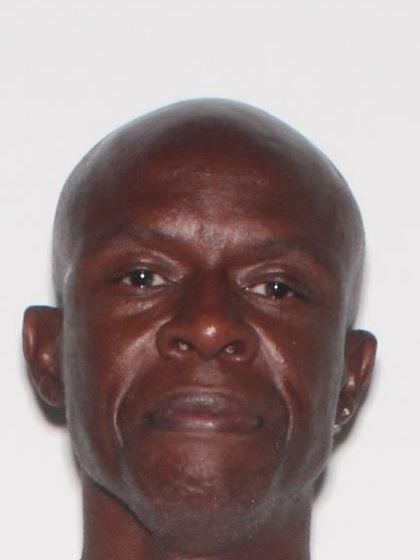 CROWN POINT — A 55-year-old man barricaded himself in a bedroom and jumped from a fourth-story window when police entered his Hammond apartment to serve warrants in a Munster bank robbery, records show.

Godoy Carpenter was immediately taken to a hospital while police executed search warrants for his apartment and a red Pontiac Firebird, according to Munster police and court records.

Investigators found $20 bills on Carpenter's floor, a small amount of suspected crack-cocaine and clothing similar to a blue suit and white fedora worn Jan. 7 by the man who robbed the First Midwest Bank branch at 750 Ridge Road in Munster, according to police and court records.

Detectives identified Carpenter as a suspect in the robbery after receiving several anonymous tips that he likely was the man seen in surveillance images from the bank, records state.

A man in a blue suit, gray shirt and white fedora presented a teller with a note that said, "Have gun in bag, give money," records allege.

The teller put $500 in the man's bag, but he demanded more money. After the teller put another $1,500 in the bag, the man left the bank and got into a red Pontiac Firebird with a distinctive gray-striped blanket in the back window, records say.

Police located a red Firebird with a gray-striped blanket outside Carpenter's apartment in the 5600 block of Sohl Avenue the evening of Jan. 7 and obtained search warrants for the car and apartment.

Carpenter remained in the hospital Monday, Munster police Lt. John Peirick said. His injuries were not believed to be life-threatening.

Carpenter likely will be taken into custody after his release from the hospital and taken to the Lake County Jail, where an initial hearing will be conducted.

Carpenter is facing felony charges of robbery, theft and possession of cocaine.

Get breaking news and news alerts sent to your inbox as they happen! Sign up: