Inductees add to fun, formality of Mascot Museum
Share this
× 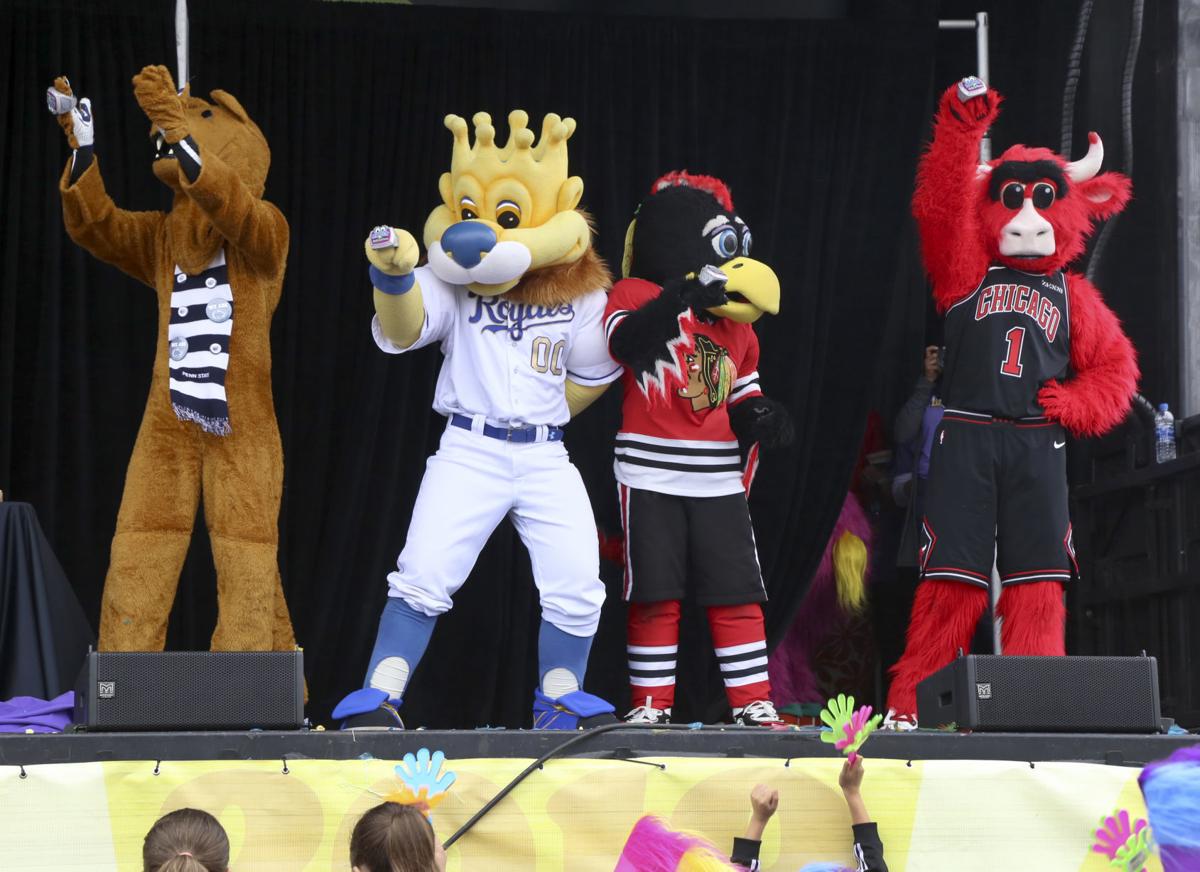 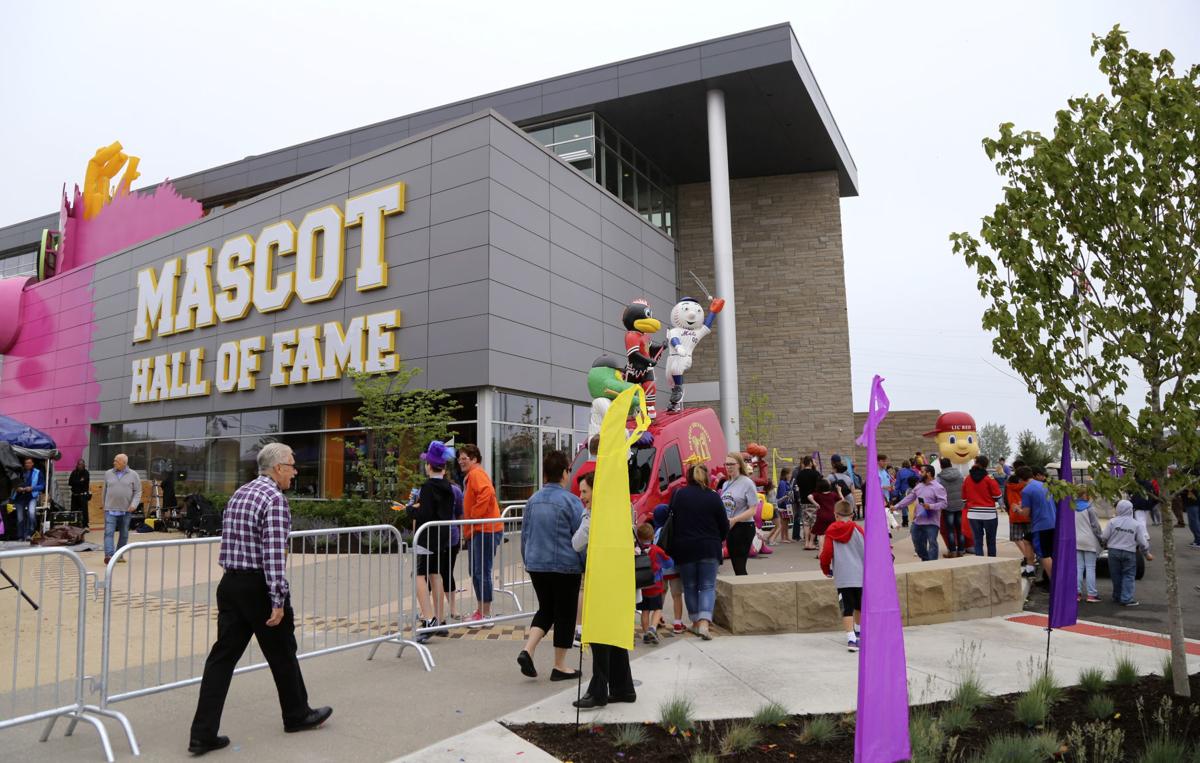 The Mascot Hall of Fame held its official grand opening in April, though it had been delighting visitors since December. 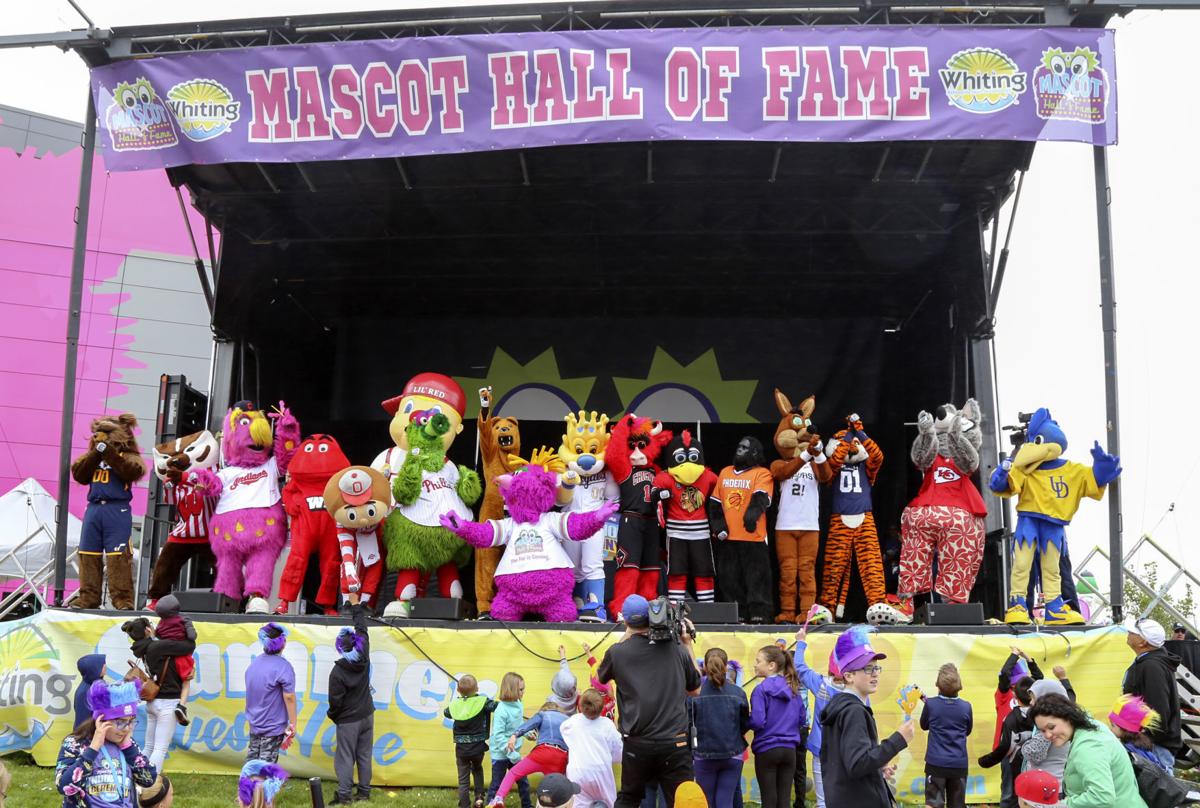 Mascots and crowds were on hand for the induction ceremony in June. 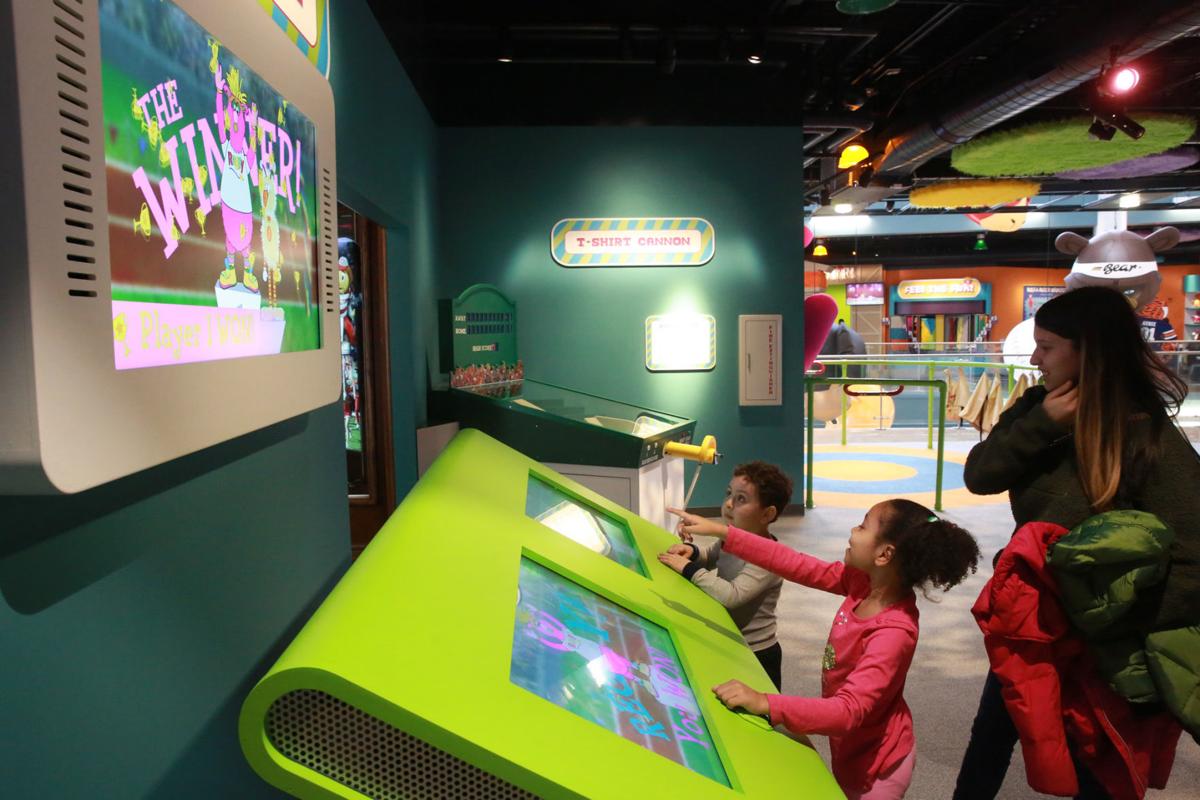 Exhibits include hands-on activities that have proven popular with children and adults. 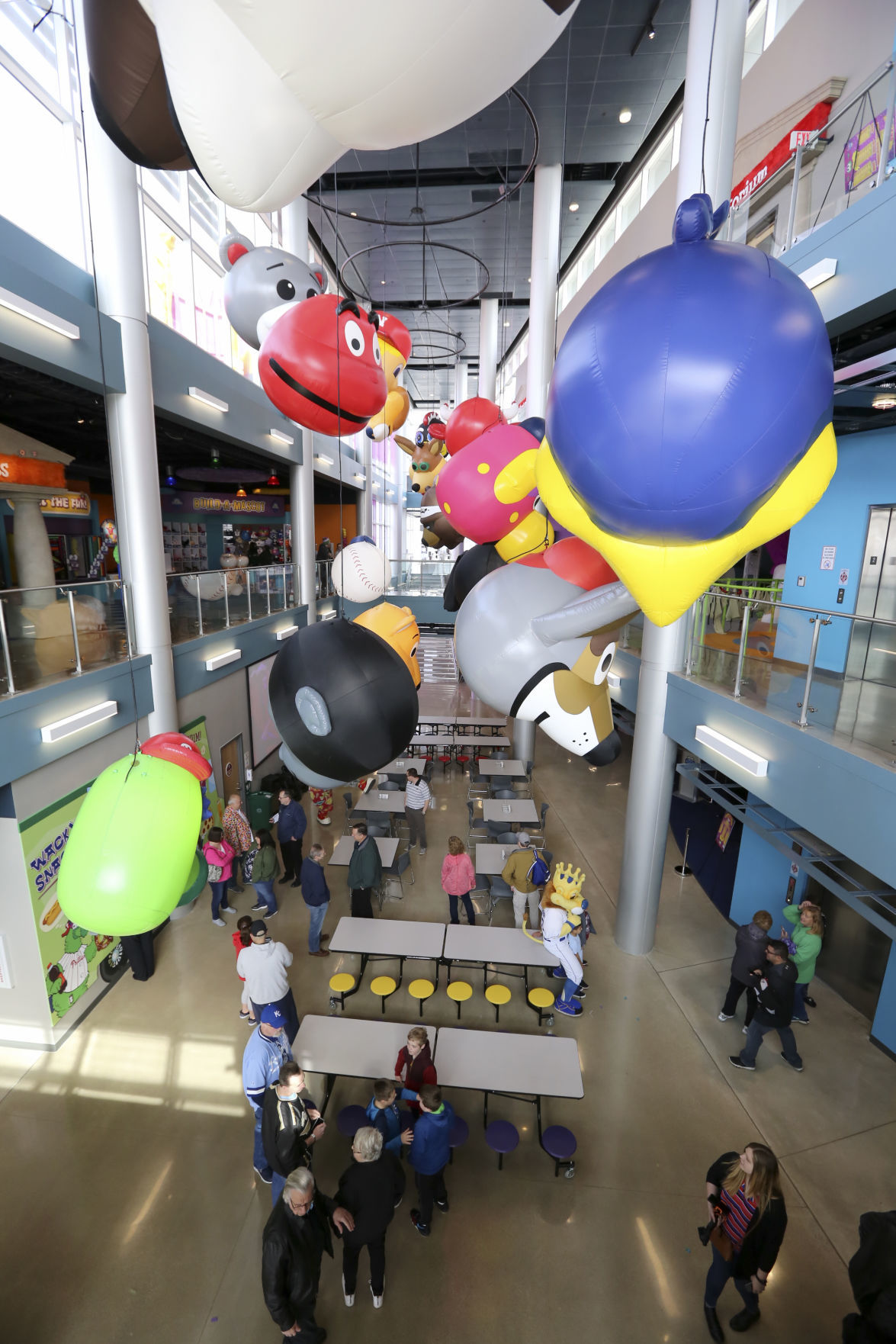 Mascot Hall of Fame visitors can dress up as their favorite mascot or learn how to work the T-shirt cannon.

WHITING - The colorful, audacious, and out-of-left-field Mascot Hall of Fame has been up and running in Whiting for more than six months after a soft opening in late December 2018. A full-on grand opening celebration in early April was complete with a host of local and national mascots and a ceremonial ribbon-cutting — with 8-foot fuzzy scissors.

The 25,000-square-foot facility is proving to be a popular draw.

“The foot traffic so far has been great, and people are really enjoying the hands-on nature of the museum,” says executive director Orestes Hernandez, noting that the hall has welcomed guests from 33 states and three countries outside of the U.S. “We’ve been hosting a lot of birthday parties and corporate events as well, and we expect field trips to pick up next year as schools have more time to plan.”

The attraction, Hernandez believes, is the chance to learn something and to cut loose  — notions that aren’t always on display in a traditional museum.

“Our target audience has really been that K-8 group, but we’re finding that adults are enjoying the experience just as much as the kids,” he says. “They’re discovering that it’s OK to be a kid again for a few hours.”

And even as visitors have gravitated to the hands-on exhibits that museum officials figured would be the biggest draws — including the interactive mascot lab, the T-shirt shooter stadium and the mascot audition studio — there have been a few surprises.

“One of our relatively smaller exhibits upstairs called Textile Touch has become a favorite of kids,” Hernandez explains. “Kids will spend hours up there feeling the different costume materials. It’s been a nice surprise to learn that we have a special place that they enjoy so much.”

For all of the fun and games, however, the Mascot Hall of Fame is still meant to stand as a shrine to the giants of the mascot world. The first honorees, inducted in June, are Chicago Blackhawks mascot Tommy Hawk, the Penn State University Nittany Lion, Sluggerrr from the Kansas City Royals and Benny the Bull (who notched his 50th anniversary with the Chicago Bulls in March). Hernandez says a new class of mascots looking to take their place alongside legends such as the Phillie Phanatic and the Phoenix Suns Gorilla will be slated for induction every year, based on criteria that include longevity (candidates must be at least 10 years old), iconic performances and community involvement.

Likewise, Hernandez says the museum itself will also look to expand and evolve in response to the ways in which visitors continue to interact with the space. While always on the lookout for new ideas (including a potential mascot bobblehead exhibit), he says the driving force behind every addition will be the guiding philosophy of the museum: to provide interactive fun and to never take itself too seriously.

“Everyone who has visited us so far has come away understanding that this is a completely different experience than they’ve had at any other museum, and we want them to have that same feeling every time they come back.”

Babushka wearing buscias bearing brooms dance and sing, vendors offer alligator pierogi and leading the Pierogi Parade is the chairman of the …

Fusic Fest is no ordinary taste of East Chicago

Designed to showcase the city and its lakefront, Fusic Fest is a testament that East Chicago is up and coming again, says Steve Segura, multim…

Photos by John Luke, The Times.

For 66 years, The Dance Connection has kept Hammond on its toes

HAMMOND - Whether you fancy yourself the next Fred Astaire or Ginger Rogers, the next Mikhail Baryshnikov or maybe you want to bust a move lik…

If you’re looking for a place for your pooch to run around and play, try Hammond. The city is home to four designated leash-free dog parks: Am…

“Our entertainment beats anything in Chicago — our talent line up is better than anything they have going on,” says Donna Muta, special events…

Economic development is necessary for any community to thrive.

The Mascot Hall of Fame held its official grand opening in April, though it had been delighting visitors since December.

Mascots and crowds were on hand for the induction ceremony in June.

Exhibits include hands-on activities that have proven popular with children and adults.

Mascot Hall of Fame visitors can dress up as their favorite mascot or learn how to work the T-shirt cannon.