Lake County residents looking for something different to do over the Thanksgiving holiday might want to try their hand at drawing new district boundaries for the county council and county commissioners.

Every 10 years, following the U.S. Census, the districts for the county's three-member executive and seven-member legislative branches must be redrawn to account for population shifts and to ensure a nearly equal number of inhabitants are living in each type of district.

But census data also show within the county residents generally are moving out of the northern cities of Hammond, East Chicago and Gary, and into growing communities toward the south, including St. John, Cedar Lake, Crown Point and Winfield. 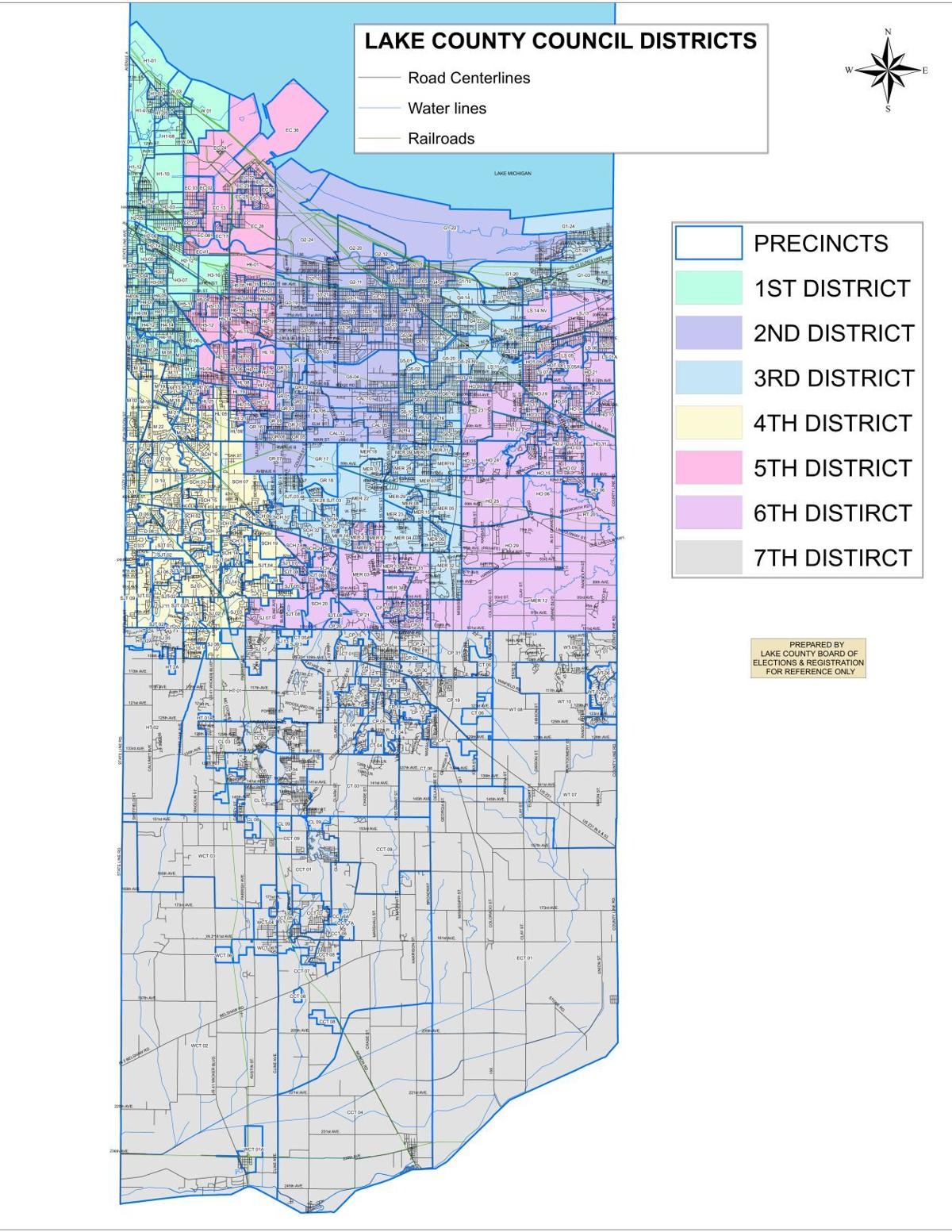 Lake County is unique when it comes to redistricting because state law for decades has required the redistricting process be managed by the Indiana Election Commission based in Indianapolis, instead of by the county commissioners.

At least three votes are needed for the commission to adopt a redistricting plan, which all but ensures the new maps won't unduly favor one political party over another relative to the popularity of each party within the county.

Currently, Democrats hold two county commissioner seats and Republicans have one. There are five Democrats and two Republicans serving on the Lake County Council.

To ensure Lake County residents have an opportunity to shape the new districts, the commission is inviting individuals or groups to submit their proposed redistricting maps for consideration alongside the maps expected to be submitted by the county's Democratic and Republican parties, among others. 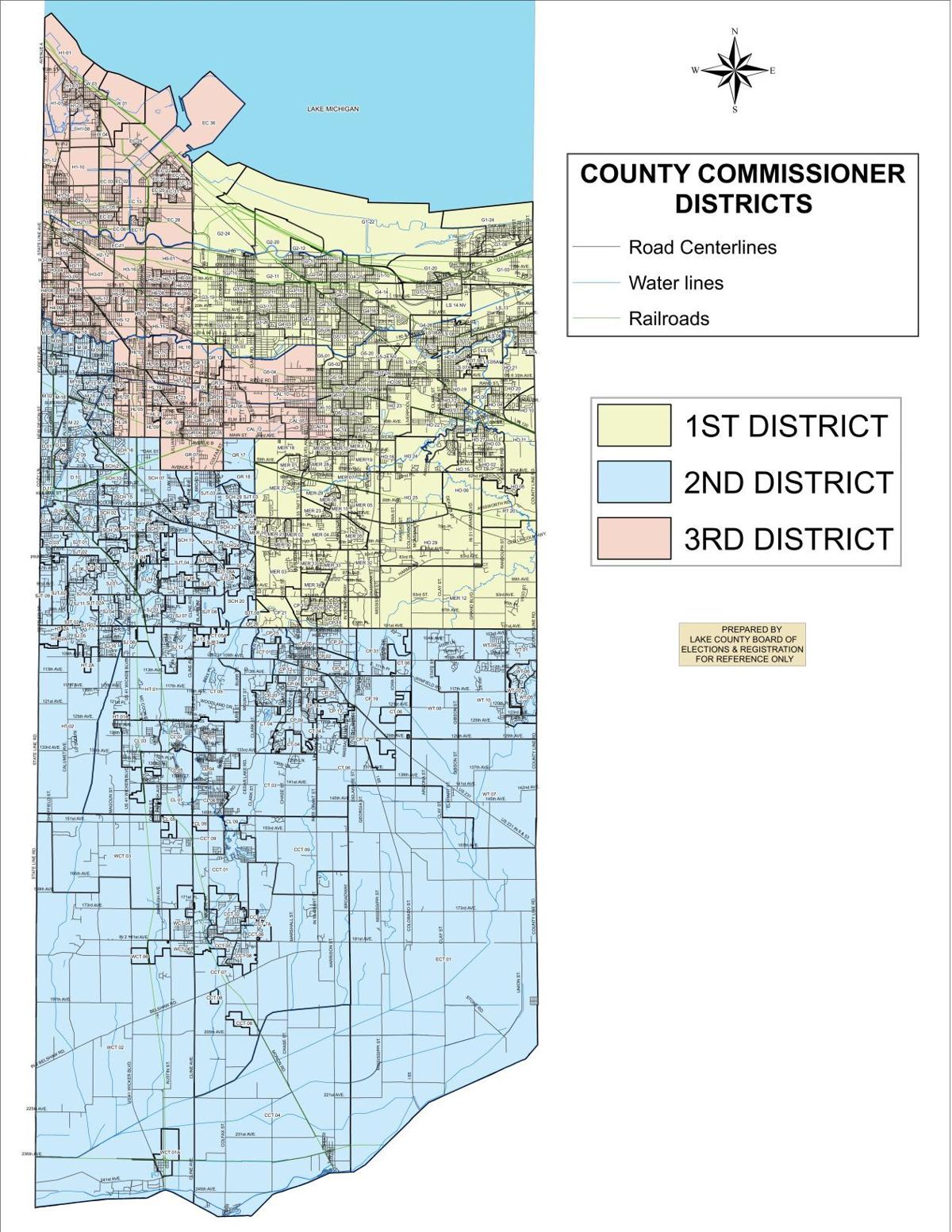 All proposed maps must be submitted in an electronic format and accompanied by census population data. Submitters also may include a narrative explaining why the proposed districts were drawn as they were.

The necessary data can be obtaining by emailing the commission at: elections@iec.in.gov, or by contacting the Lake County Board of Elections and Voter Registration.

Following the deadline, all of the maps received by the commission will be posted under the "Election Commission" tab on the in.gov/sos/elections website for Lake County residents to review.

The commission then will meet at 1:30 p.m. Dec. 10 at the Lake County Government Center in Crown Point to hear public comment and discuss the proposed maps.

The final versions of the new maps are scheduled to be unveiled and approved during a commission meeting set for 12:30 p.m. Region time Dec. 17 in room 233 of the Indiana Statehouse in Indianapolis.

The new maps will be in effect for all Lake County commissioner and council elections from 2022 through 2030. 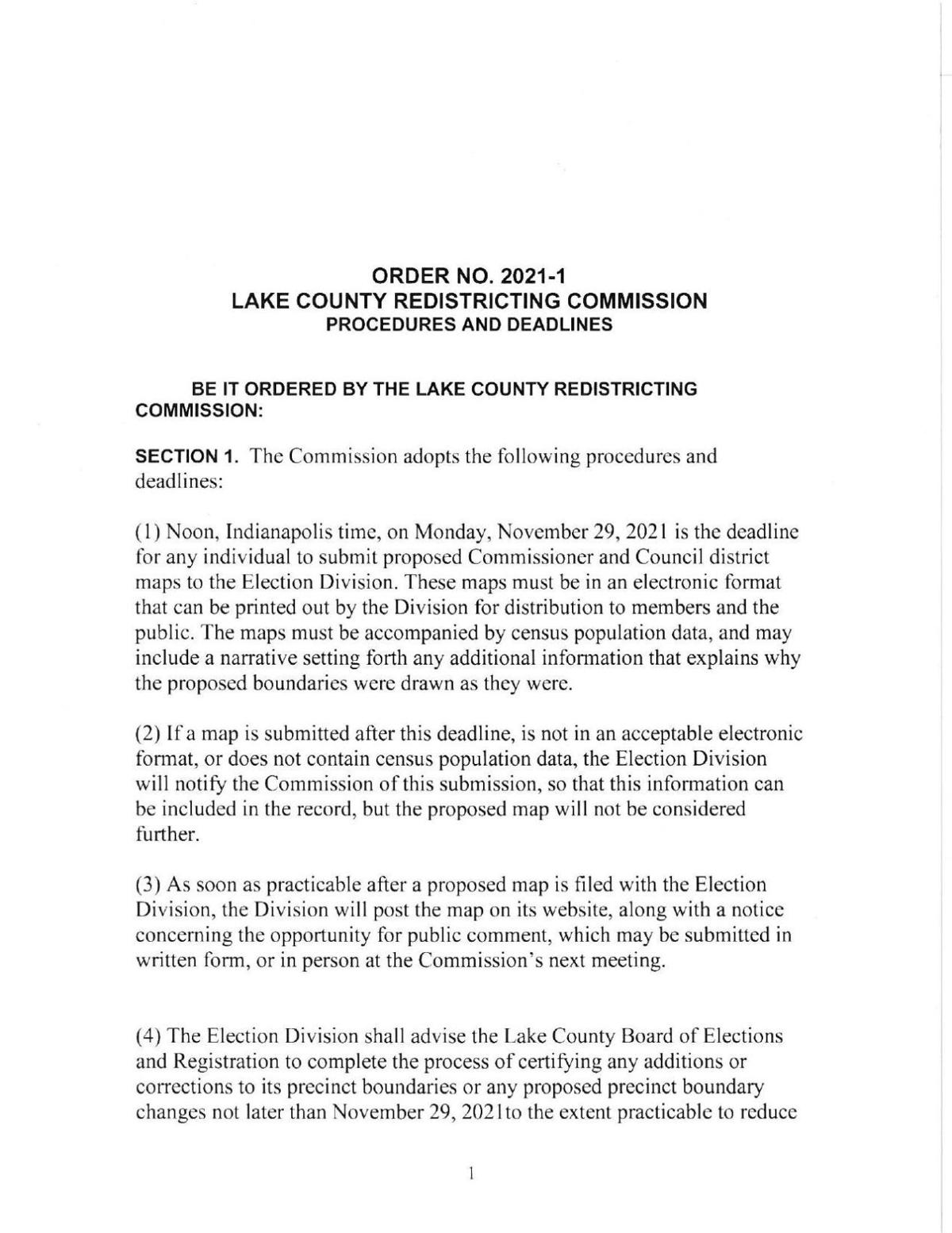 The Times talks to Lake County Prosecutor Bernard Carter and members of the Special Victims Unit.

INDIANAPOLIS | A literal back-room deal Monday set the new boundaries of Lake County Council and commissioner districts, but in an unusual mov…

For local mapmakers, it's back to the drawing board

CROWN POINT | Lake County officials hope they are diagramming their future this week as political mapmaking kicks into a higher gear.

Discussion about redistricting in Lake County open to the public

Four commissioner maps and three council maps were submitted by Monday's deadline to the bipartisan Indiana Election Commission the General Assembly has put in charge of Lake County redistricting.