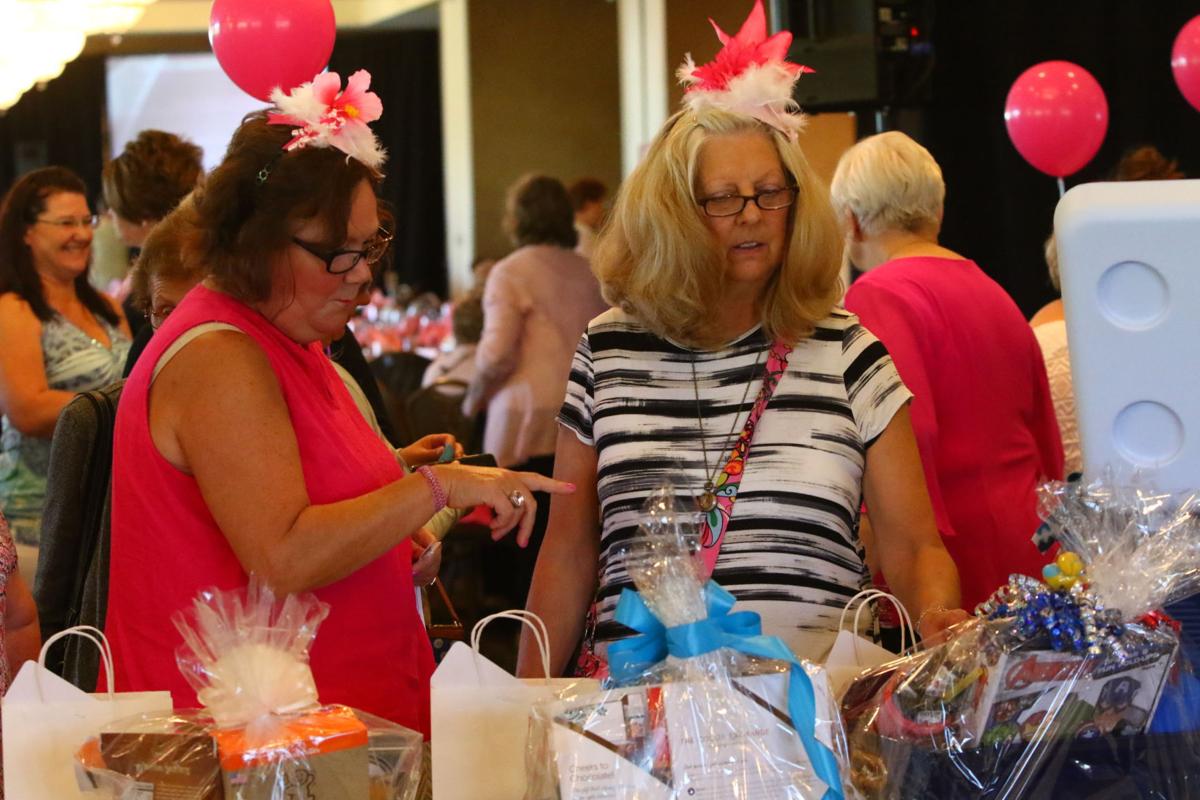 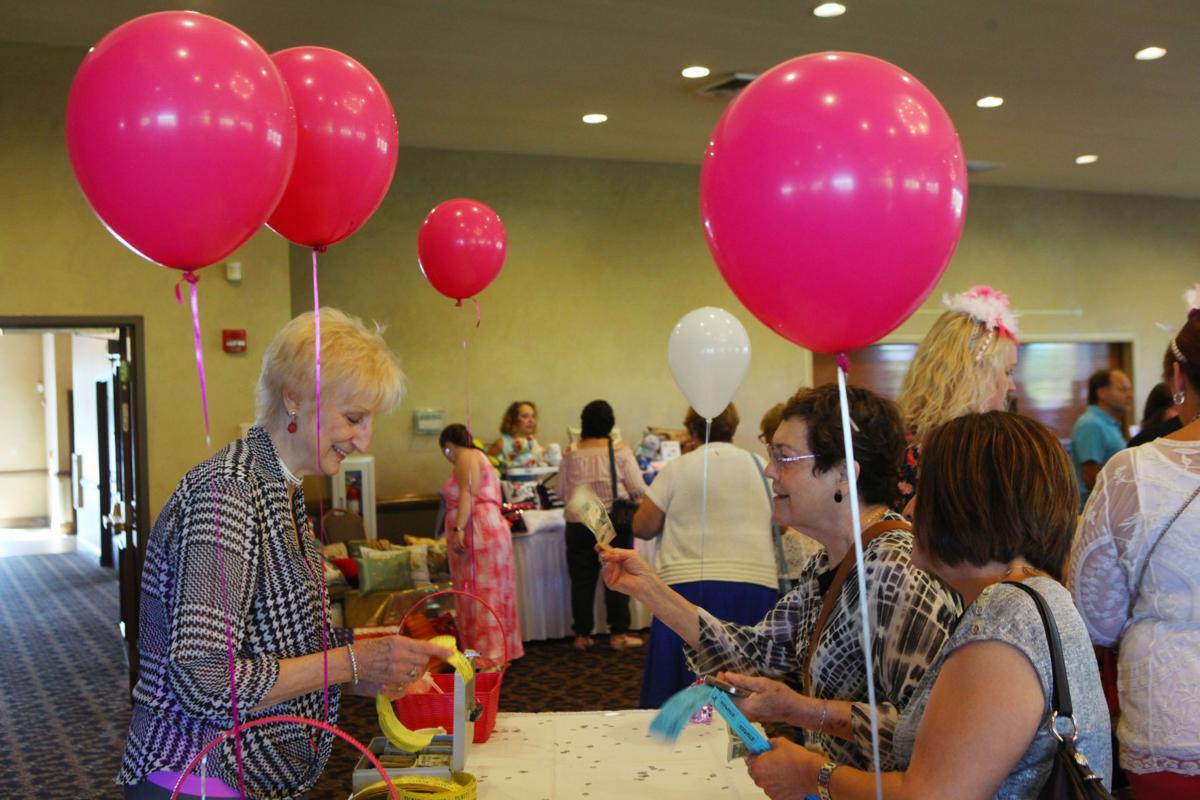 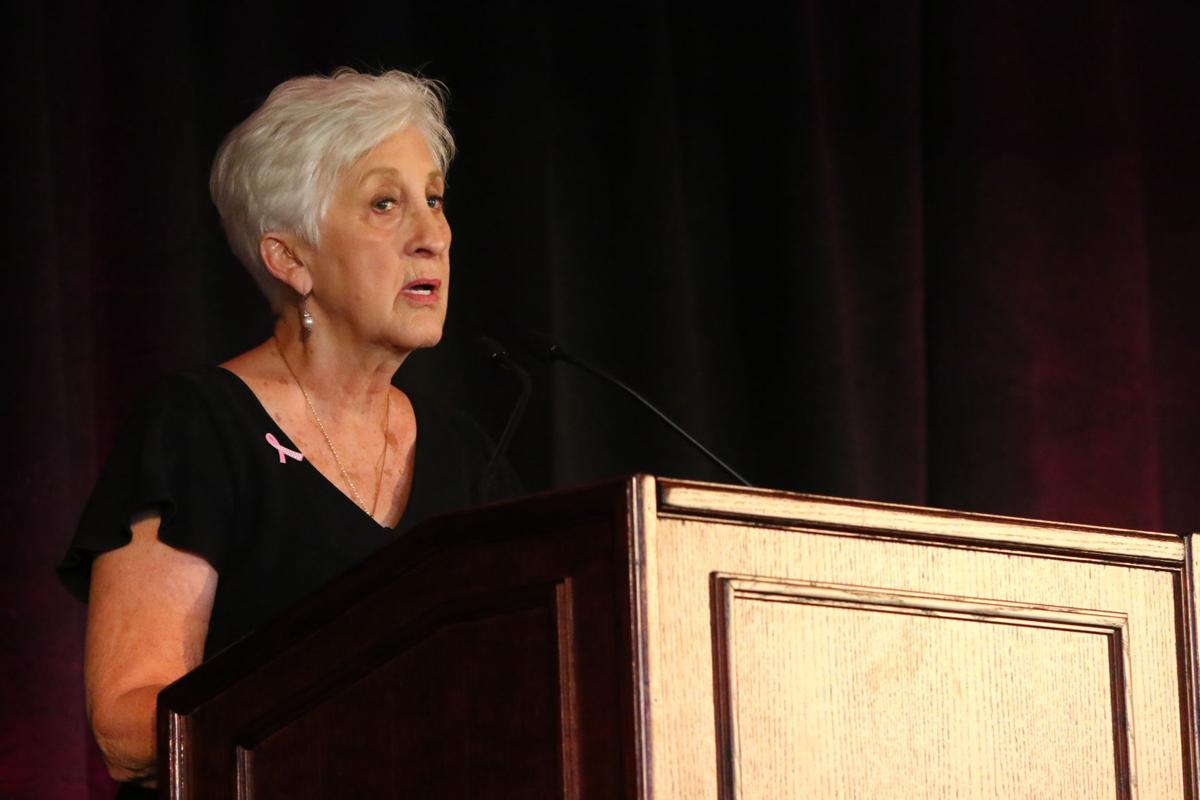 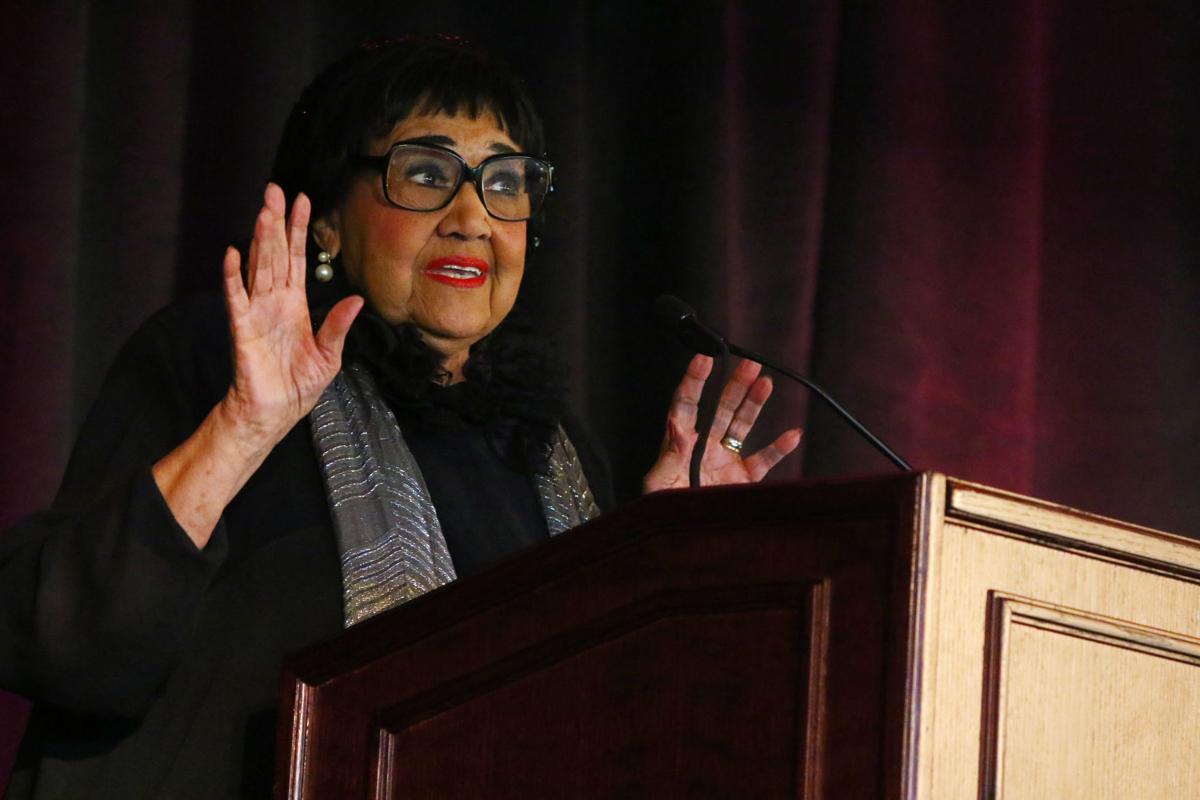 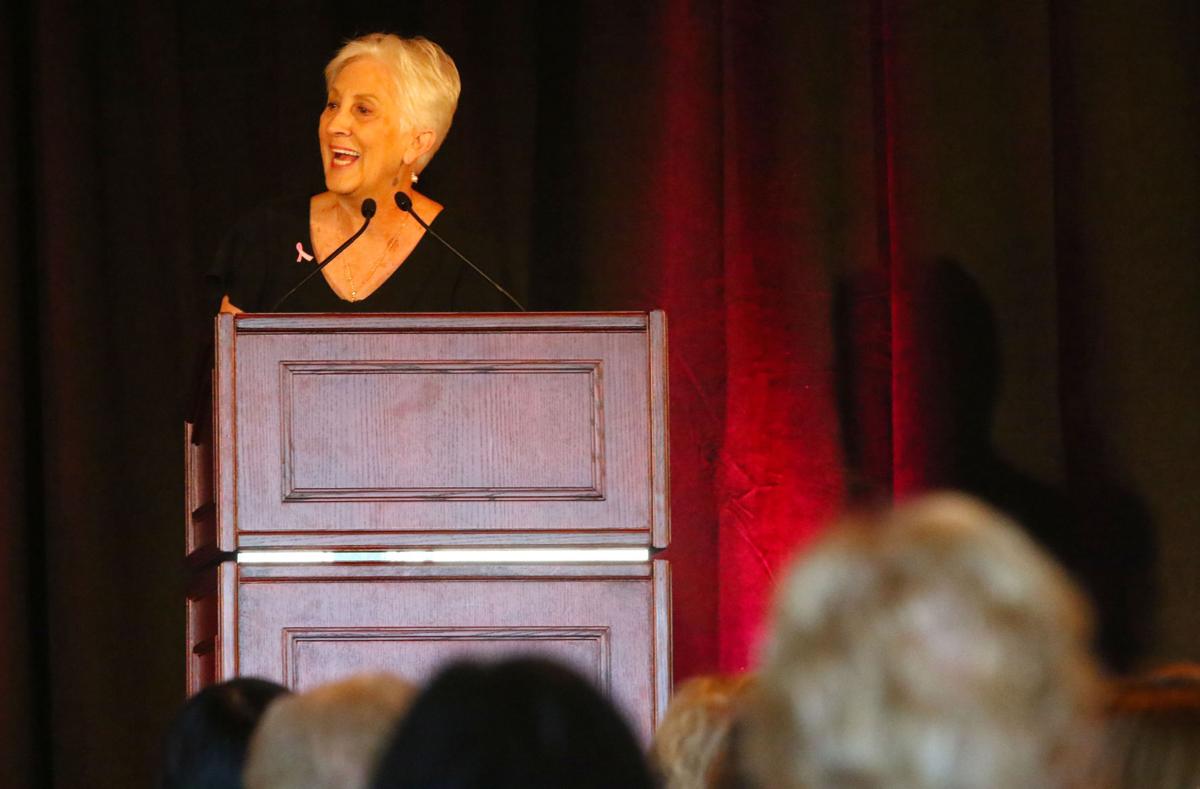 HOBART — For the sixth year in a row a sellout crowd of around 800 attended the 16th annual Pink Ribbon Society Breast Cancer Awareness Tea on Sunday at Avalon Manor.

The event featured a catered lunch and messages of hope and empowerment from breast cancer survivors and caregivers. Shades of pink flowed across the room from table ornaments and napkins to the shirts, shoes and jewelry attendees wore.

"I think everyone here knows someone who has been affected by breast cancer or some other kind of cancer," said Ann Peters, of Crown Point, president of the Pink Ribbon Society. "They’re here to support each other and I just love to see the camaraderie."

As the lunch commenced, Peters, a 40-year survivor, spoke before the crowd and shared her story and vision for the future of the organization's work in NWI.

"I want to be their hope," Peters said. "I wanted to find a way to pay it forward. I know what it's like to be scared to death that you might not see your children grow. It means a lot to me that I can share my story with them and understand where they're coming from."

The Pink Ribbon Society raises funds for Lake, Porter, Jasper and Newton counties and intends its efforts to support women and men affected by breast cancer. To date, it has raised around $450,000 for people and organizations. Its actions include contributing money to established programs such as the state of Indiana's Breast and Cervical Cancer Program, its own creations like "Pink Pockets" and more.

"When we get sponsors, a lot of times they tell us the main reason they are supporting us is because we support the local community," Peters aid. "So it means a lot to them to know that their money stays right here."

An extensive list of sponsors contributed to the event, and some will also help raise money during October, officially designated as Breast Cancer Awareness Month. For example, Strack & Van Til will use its Checkout Challenge feature for customers to round up purchases to help the Pink Ribbon Society next month. Last year the grocery chain raised around $94,000.

Vendors that gear services toward helping those affected by breast cancer also had booths and products available for viewing prior to the lunch. Their types ranged from wigs and bras to screening services at various centers in the area.

Andrea Serwa, of Crown Point, ran a table for her business, Wigs & Hair by Andrea. She says she's helped hundreds of women affected by and that have survived breast cancer by making wigs and cutting their hair.

"When they lose their hair, they still want to be beautiful and they want to look like they always did," Serwa said. "Women come back after their hair starts growing and they want it cut, but they don't want to go into a salon atmosphere. I have a very private setting so it's just them and it's enclosed."

The event culminated with a video and photos of the Pink Ribbon Society's official calendar that features women and their stories for each month. Photos were produced by Edda Taylor, of Crown Point, and the video by The Times Media Co. The featured women's years of survivorship ranged from three to 26 years.

Shirley Wade, of Munster, who is featured for December, felt "honored and privileged" to be nominated and accepted for the calendar. Wade is a 25-year survivor who had her breast cancer detected early in 1991, and started chemotherapy the next year.

"I was not even afraid," Wade said. "Maybe it's because I'm a strong person. I thought, 'We'll deal with it, we'll do whatever they say has to be done.'"

Wade added that her daughters, Amy and Robyn, who were in seventh and ninth grade, respectively, at the time, felt afraid they might lose their mother to breast cancer.

"I told my girls, nope, I'm not going to die. Mom's not going anywhere. Just know that this is not the end. You will fight to continue on, and I did. The support I had and the love from family and friends got me through all of this. And I still get that support."

More than just fundraising or statistics of survivorship or resources and services, the event offers a "therapeutic" aspect for women to share their stories with each other, Wade says.

"I think it needs to be done," Wade said. "I was open about it from the beginning. It’s therapy for you to talk about it. You didn’t choose cancer, it chose you."

Are animals using social distancing to protect themselves from infections?

Are animals using social distancing to protect themselves from infections?

Ann Peters: She beat cancer, but her story didn't end there.