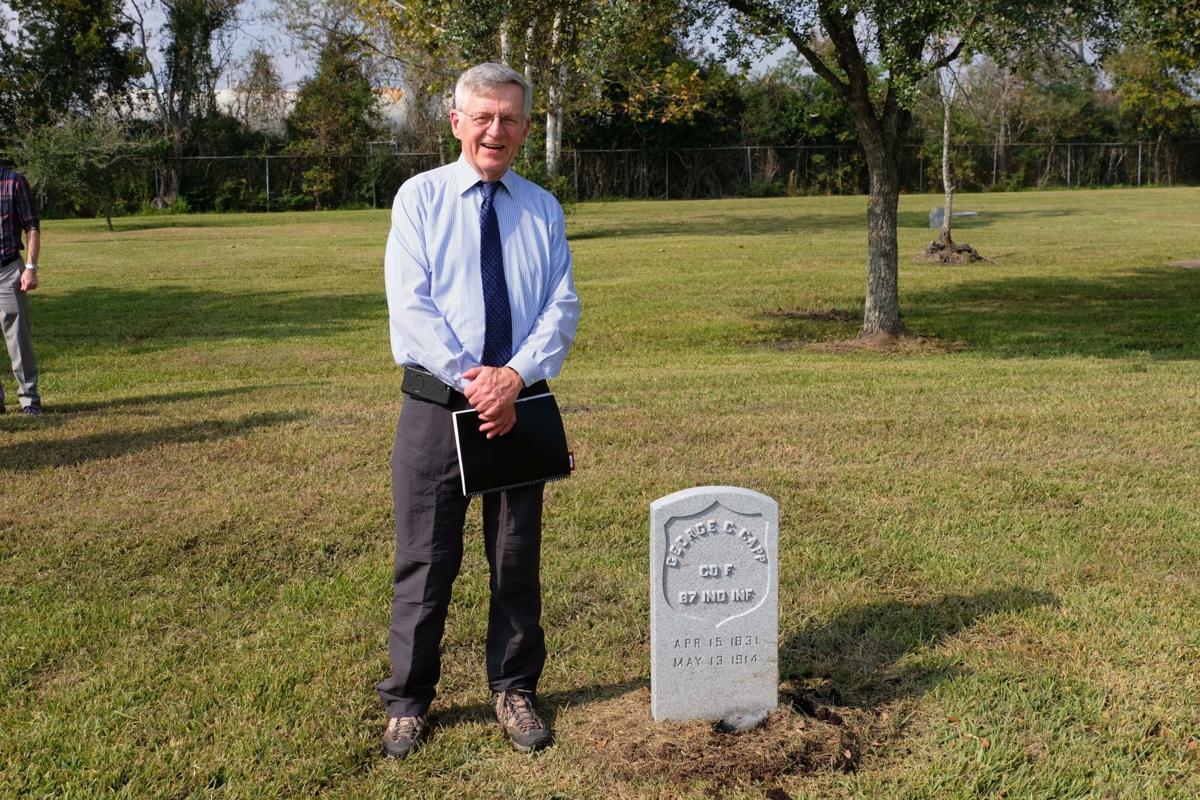 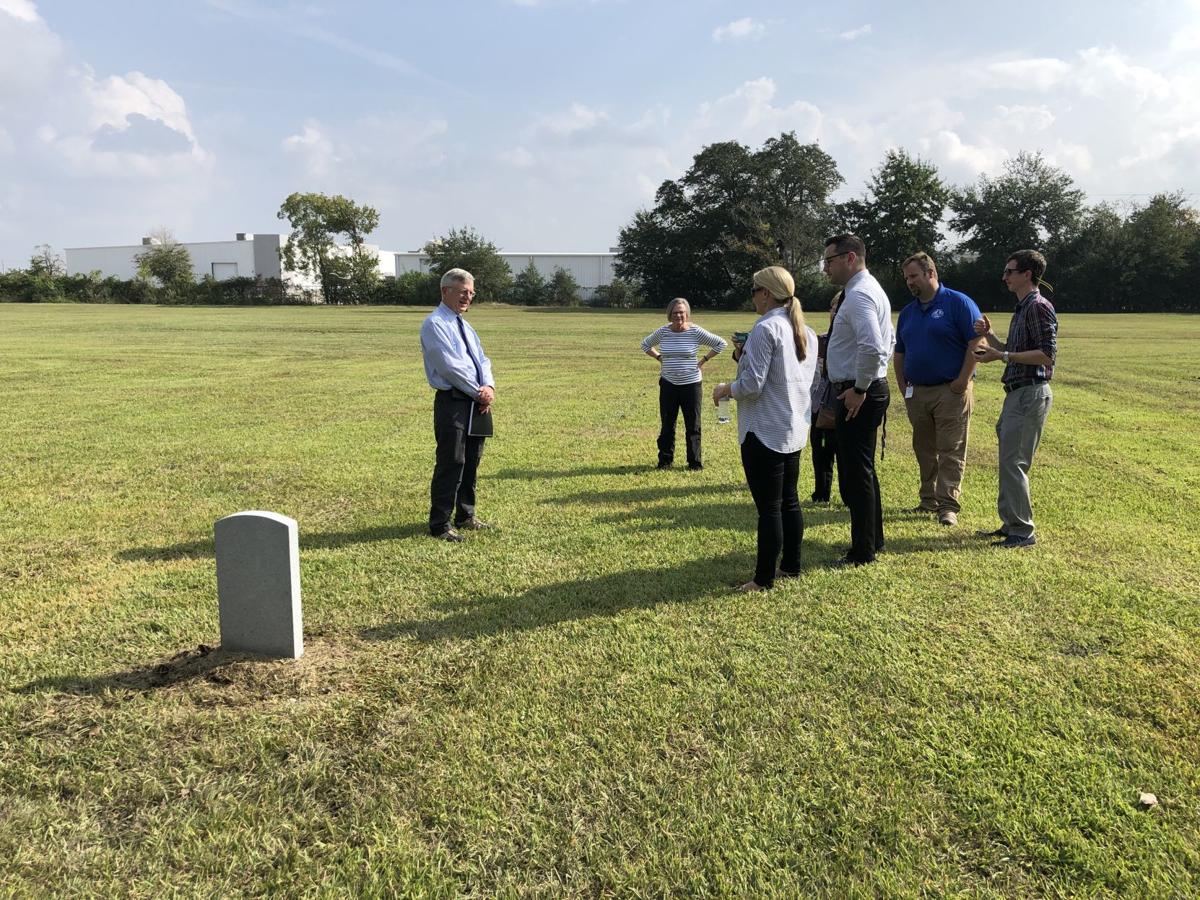 David Capp, a former U.S. attorney for the Northern District of Indiana, said he had the pleasure Wednesday of standing for the first time at the gravesite of his great-great-grandfather in Pearland, Texas, a suburb of Houston.

He and his wife were joined at the Old Settler's Cemetery by community historians and park department officials who maintain the burial ground.

They gathered around a new granite headstone installed to honor his long-lost forerunner. "I said a few words, and our group said the Pledge of Allegiance. It was a nice ceremony," Capp said.

He started on the trail of George C. Capp about a dozen years ago when he decided to fill in large blanks of his ancestry chart.

"I spent years trying to track down family history because my family had none. Unfortunately, my father knew very little, as his father had died when my father was a young boy."

Capp said he relied on ancestry.com, an online genealogy company, Midwestern libraries and digital, searchable images of old newspapers. He traveled from Indiana to Kansas.

George C. Capp was born in 1831 near Lafayette, Indiana. Veterans Administration records revealed that at age 31, he was among the millions who joined the the Union Army during the Civil War.

A carpenter by trade, George C. Capp was assigned to a team of engineers for the 87th Indiana Infantry, Co F. They built the roads and bridges the western branch of the Union Army used to march south into the Confederacy.

George C. Capp saw action in late December 1862 at the Battle of Stones River in Tennessee. A year later, he received a medical discharge after developing a serious lung disease.

David Capp said he later pieced the next part of the story together. George C. Capp, his daughter, Rose, and her husband, Charles L. Lewis, a marble and stone merchant, moved west.

David Capp said he turned up an unexpected record, that Charles L. Lewis had purchased a burial lot in the Old Settler’s Cemetery in Pearland, Texas. David Capp assumed Lewis bought it for himself, but later learned Charles L. Lewis was buried elsewhere.

Sorting through his great-great-grandfather's military records, David Capp found a letter from Charles L. Lewis advising Army pension officials that George C. Capp had died May 13, 1914, at the age of 83. Lewis’ letter was postmarked from Pearland, Texas.

Although David Capp could find no burial record for his great-great-grandfather, he learned someone had been buried in the unmarked cemetery plot in Pearland, Texas.

David Capp knew from other records Charles L. Lewis had purchased a burial plot in Nebraska for another family member and similarly left it unmarked.

The Pearland, Texas, Parks and Recreation Service states on its website that at least six Civil War veterans were known to be buried there.

"So I started putting two and two together," David Capp said.

He presented his evidence to the Veterans Administration. VA officials agreed that George C. Capp was buried in the Pearland, Texas, grave. It provided a headstone.

Veterans Day: Catch up on The Times' coverage of events from this weekend

View stories and photos from various events during this Veterans Day weekend.

HAMMOND — Thomas L. Kirsch II's family and fellow members of the legal community were witnesses Thursday to his promise.