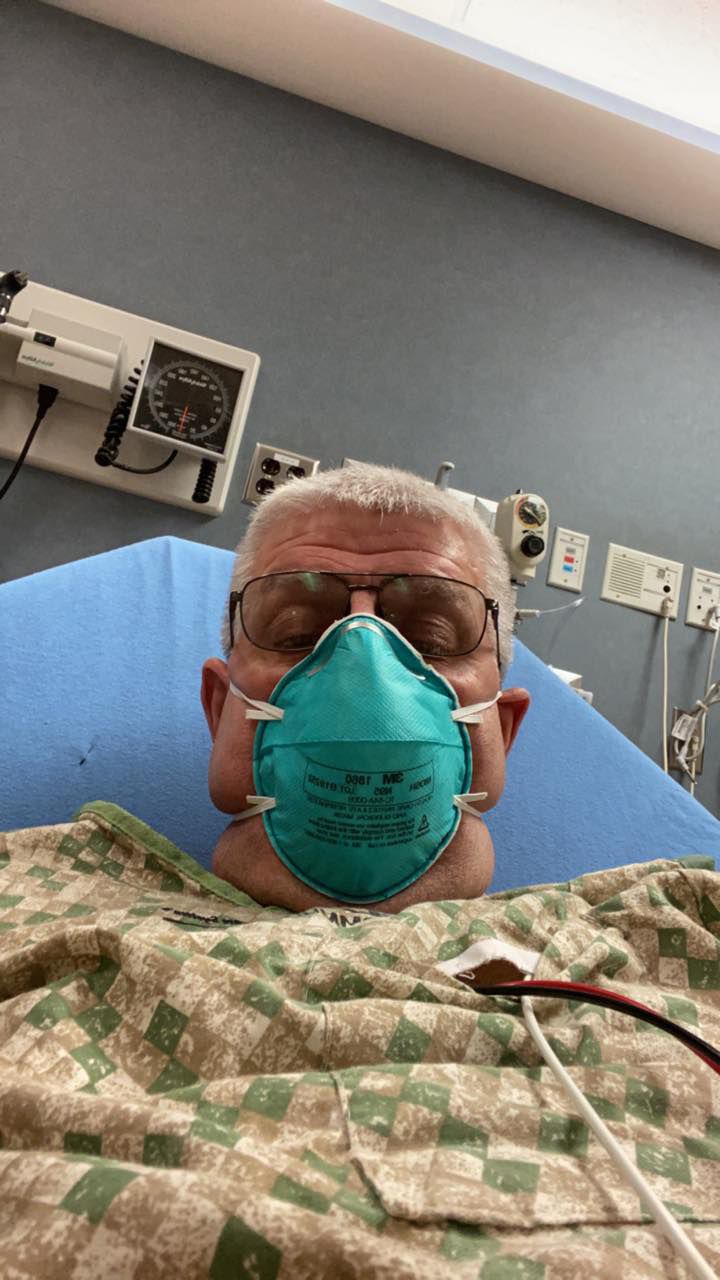 Local Pastor Jeff Spencer took a photo of himself after being admitted to the hospital Friday afternoon. In a Facebook update Saturday, Spencer said his wife's oxygen levels continued to drop as she receives treatment for coronavirus. 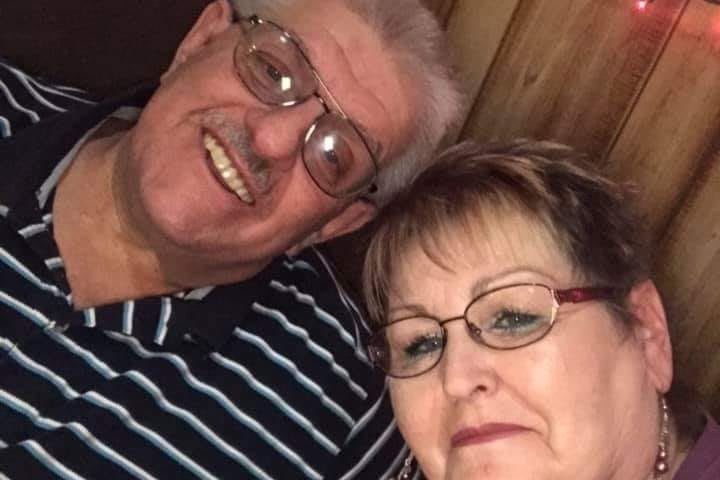 Jeff Spencer said his cough is worsening and his wife, Darlene Spencer, remains in critical condition.

A local pastor who spent around three days in an area hospital after experiencing symptoms in line with the coronavirus is heading home after being discharged Sunday afternoon.

Jeff Spencer, a pastor at New Hope Missionary Baptist Church in Hobart, posted about his experience after he was admitted Friday. His wife, Darlene Spencer, was taken to Community Hospital in Munster Wednesday. His daughter, Sami Mead, also went to the hospital Sunday after experiencing shortness of breath, but was ultimately discharged.

Jeff Spencer and Mead were sent home to be self-quarantined until test results come back and symptoms are gone.

Darlene Spencer was one of the first two COVID-19 cases identified in Lake County. Jeff Spencer has been posting updates on his wife's condition, saying Friday she was in critical condition. He also noted her oxygen levels have been dropping low. She remains in isolation.

In a March 18 public Facebook post, Jeff Spencer announced that his wife was sedated on a ventilator and her kidneys were failing. Her breathing is being assisted with oxygen. She was hospitalized March 15.

"I love her and just had to make the most difficult decision of my lifetime," Jeff Spencer wrote. "Her doctor and nurse came down to the ER to tell me my wife is taking a turn for the worse and that if her heart stops, they are not going to restart it. Please pray for my children and extended children along with all of our grandbabies during this difficult time."

After Jeff Spencer, a pastor at New Hope Missionary Baptist Church in Hobart, was admitted to the hospital he posted an update that his wife's health continues to decline.

A fundraiser was set up Wednesday by Deborah Page, of Hobart, for Jeff and Darlene Spencer called “Pastors Jeff’s wife in ICU with Coronavirus,” which Jeff Spencer has shared on social media. The fundraiser has surpassed its $5,000 goal.

Earlier Sunday, Jeff Spencer went on Facebook Live to update his social media audience about his condition, as well as his wife's and daughter's statuses.

"We're just going to trust God to do what God can do," he said. "I just want to say thank you to all who have been praying and who continue to pray and continue to support me and my family through this difficult time.

"There are others just like me throughout the world that are struggling that are having families that are sick. They need our prayers as well. Pray for all that are involved in this. Pray for our health care workers and those that have been on the front lines, placing their own lives into jeopardy so they can take care of us and make us better."

Jeff Spencer updated his audience in the video that his wife's oxygen levels were being kept steady and low and she would go through another round of dialysis.

"If He chooses it's time for my wife to go home, and He leaves me here to my dying breath, I'm going to preach God's love, God's mercy and God's grace," Jeff Spencer said. "I'm going to watch lives be changed because of what my wife has done and how she has worked in my life, and how she demonstrated the love of Christ to me and others as well."

Posting updates from his hospital room, a local pastor said his wife’s oxygen levels have dropped to 75% and the ventilator is is turned up as high as possible.

The wife of a local pastor is in critical condition after testing positive for the novel coronavirus.

Two Fort Wayne teens have been charged in connection to an overnight shooting in Michigan City, police say.

The TradeWinds team hopes to produce 30,000 to 50,000 gowns and masks a month for local fire departments, police stations and hospitals at work through the global coronavirus pandemic.

Drive-up wedding? Even the coronavirus can't stop this Region couple from getting hitched

Nicole Matusik and Tim Bodnar have been planning their wedding for a year and a half. One thing they didn't see coming? The coronavirus.

Virus pandemic an unprecedented test for a young generation

This is a generation that also has grown up with its share of stress — school shootings, social media pressure, a Great Recession, climate change. Young adults remember the terror attacks of 9/11 and know how it feels when the world changes in an instant.

Darlene Spencer was among the first patients in Lake County to be diagnosed with the novel coronavirus.

Local Pastor Jeff Spencer took a photo of himself after being admitted to the hospital Friday afternoon. In a Facebook update Saturday, Spencer said his wife's oxygen levels continued to drop as she receives treatment for coronavirus.

Jeff Spencer said his cough is worsening and his wife, Darlene Spencer, remains in critical condition.