Leading by listening: Hobart police captain returns from FBI Academy ready to focus on officer wellness
Share this
{{featured_button_text}}
1 of 3 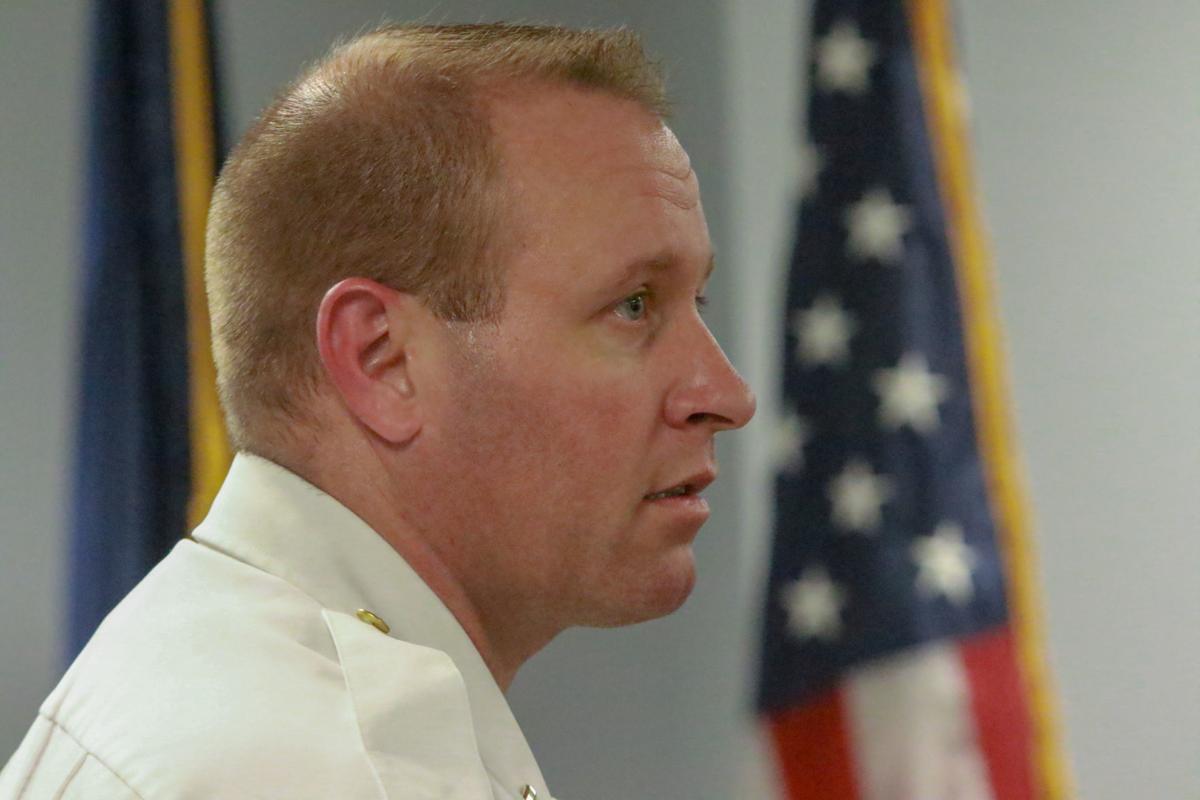 James Gonzales talks to reporters during a news conference in 2018. Gonzales recently graduated from the prestigious FBI Academy and plans to develop a wellness program for the Hobart Police Department. 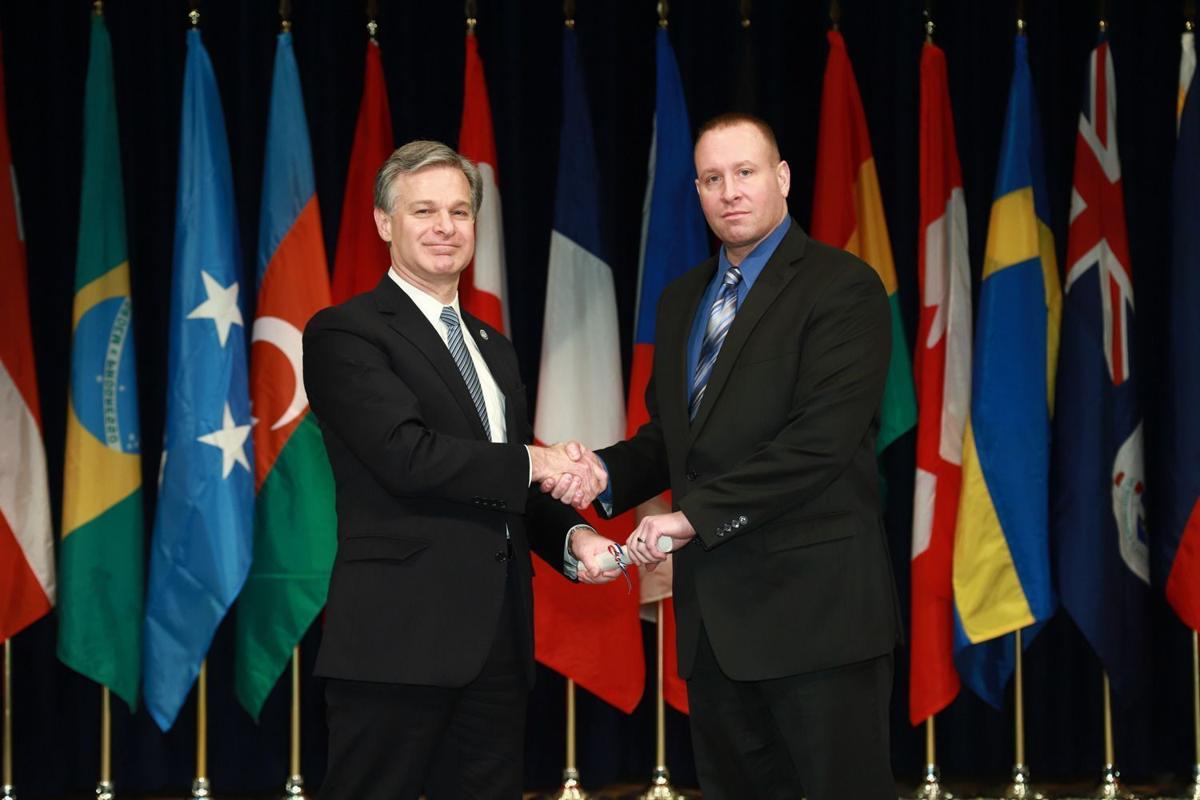 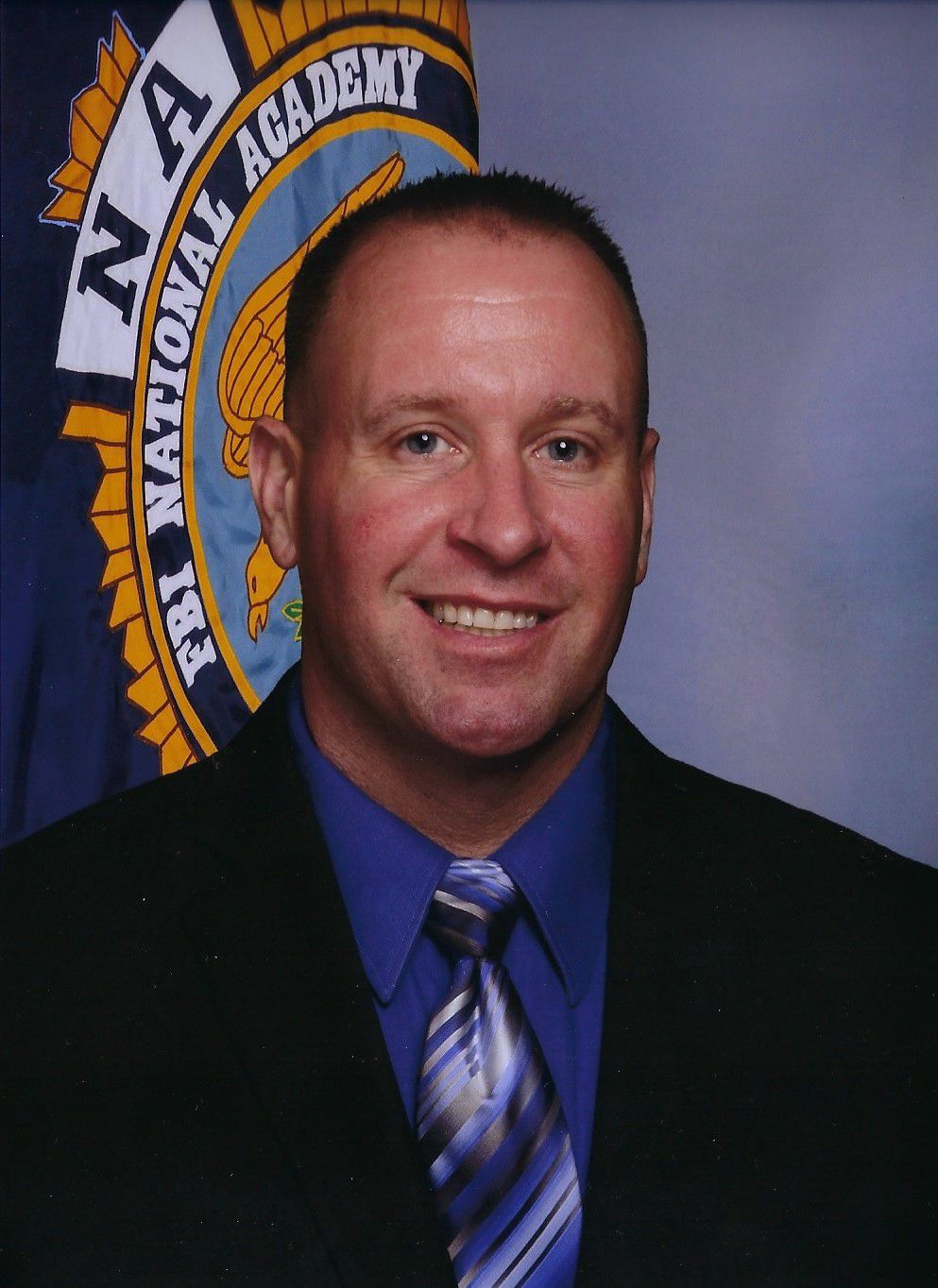 HOBART — Police Capt. James Gonzales typically starts his day by walking through his department, talking individually with the employees he supervises.

The practice is important for Gonzales, 45, who recently graduated from the prestigious FBI Academy and plans to develop a wellness program for the Hobart Police Department.

"It's important to offer yourself, to make sure you're there to listen and support," he said. "If they need anything, you're there for them."

Nationally, more police officers took their own lives in 2019 than died in the line of duty.

In 2019, at least 228 officers took their own lives, according to data compiled by Blue H.E.R.O. By comparison, 134 were killed in the line of duty.

Officer wellness is a growing challenge, and Gonzales wants to ensure his agency is prepared.

"It's important we have something here for our officers," he said.

A network of professionals

Gonzales was among 258 graduates of the 278th Session of the National Academy, which ran from Oct. 7 to Dec. 20. Law enforcement professionals from 49 states and 37 countries participated in the 11-week program in Washington, D.C.

Gonzales is the second Hobart officer to graduate from the academy this year and the fourth in all. Capt. Garrett Ciszewski graduated in March.

The FBI's decision to accept two Hobart officers in one year shows the department is respected, Gonzales said.

Indiana typically sends a total 12 people to the academy's four sessions each year. The Indianapolis Metropolitan Police Department and Indiana State Police each receive a slot per session, and the remaining slots are filled by officers from municipal and county agencies.

Networking is a major component of the academy, and Gonzales already has seen his classmates working to implement what they learned following their return home, he said.

He will be able to draw on those connections for the rest of his career, and he also can attend state and national conferences for FBI Academy graduates.

During his time at the academy, Gonzales learned about software that helps police review surveillance video in a more efficient and expedited manner. He's working on a proposal to purchase the software and hopes to present it to Police Chief Rick Zormier soon, he said.

A lifetime of service

Gonzales grew up in Gary's Glen Park section, the son of a 21-year veteran of the Gary Police Department.

His father flew a police helicopter, which he landed on a lot at the Junedale Little League complex to visit with the family.

Gonzales doesn't remember wanting to be anything other than a policeman, he said.

"I truly believe that being a policeman is a calling," he said. "You have to believe in what you are doing and do it for the right reasons, not for selfish reasons."

He moved to Hobart at age 12 and joined the U.S. Air Force after high school. He was stationed at McConnell Air Force Base in Sedgwick County, Kansas, during his service from 1992 to 1996.

He worked in the mail room at Indiana University Northwest for a year before joining the Gary Police Department in November 1997.

In January 2009, he joined the Hobart Police Department as a patrolman, rising through the ranks in the investigations division. He has served as captain of operations since November 2018.

"I consider myself a humble leader," he said. "I'm very appreciative of the opportunities I've had."

It's important to remember police officers have a "shelf life," and administrators must constantly work to groom future leaders to ensure their departments continue to make positive advancements, he said.

Police officers are exposed to traumatic events others might not encounter, including the death of a child, horrific car crashes and crimes involving significant brutality.

"Any veteran officer has been through a lot of things already through their career, and they can often help to a younger officer who may be going through the same thing," he said. "Because we've already seen it and done it."

Gonzales began to struggle in the 13th year of his now-22-year career.

"I can't cite any one particular incident that caused my struggles, other than I believe it was a cumulative affect of experiences throughout my career," he said. "During my career, I had developed unhealthy coping mechanisms with dealing with stress and the coping mechanisms I developed were no longer working."

He realized he needed help but had been too proud to seek it, he said.

He started talking to a counselor once a week, which helped him grow as a person and learn to deal with stress in a more positive way.

In law enforcement culture, there can be a stigma applied to those with mental issues, and talking about mental health has not always been encouraged, he said.

Gonzales said police officers today are not held as in high regard as they once were.

"We are questioned and chastised by the public on why we reacted a particular way or why we handled a situation the way we did," he said. "Officers are more on the front lines than ever before and are under constant scrutiny."

Administrators also have a duty to ensure their officers have the resources needed to be mentally well, he said.

"It's important, as law enforcement administrators, that we try to create a culture when we hire in new recruits to make them feel comfortable about speaking if they have any feelings about hurting themselves," he said.

"Because if they're not mentally well and able to provide for their families, they're not going to be able to serve the community in the capacity we need them to," he said. "It's very important and incumbent on us that we try to recognize and address officers who are in need."

The beach at Ogden Dunes has become the latest victim of the rising Lake Michigan waters.

Pete Sormaz, a longtime law enforcement officer, was appointed as the town's new chief during a joint Town Council and Safety Board meeting on Thursday.

Police began searching for the girl Saturday afternoon after she was reported missing by her family.

'There's some good in this world': Marine veteran reunited with lost dog

Hobart resident Natalie Padilla, a Marine Corps veteran with disabilities, was ecstatic when she was reunited with her 18-month-old dog, Dart.

James Gonzales talks to reporters during a news conference in 2018. Gonzales recently graduated from the prestigious FBI Academy and plans to develop a wellness program for the Hobart Police Department.