Looking Forward: Modest growth in region despite state upheaval
Share this
1 of 4 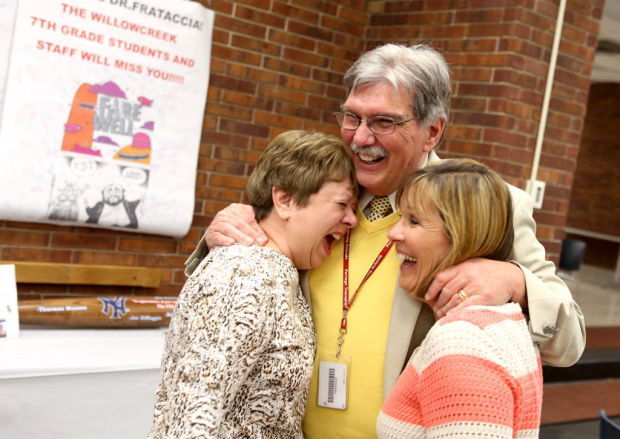 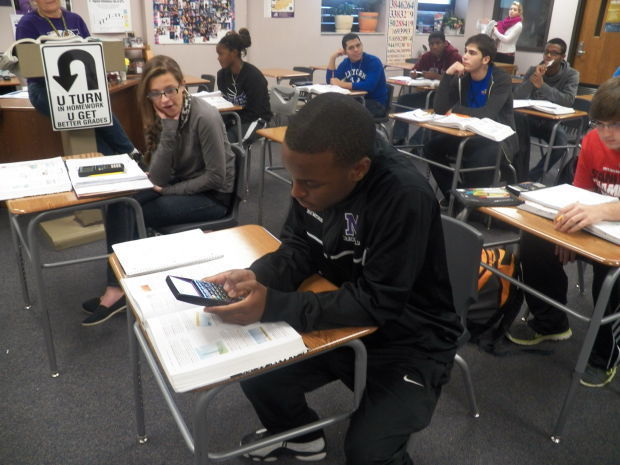 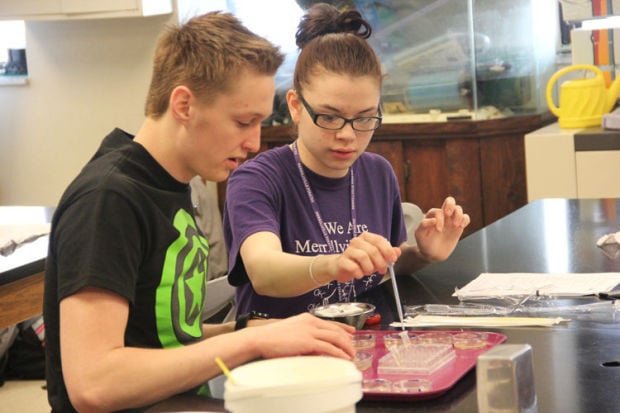 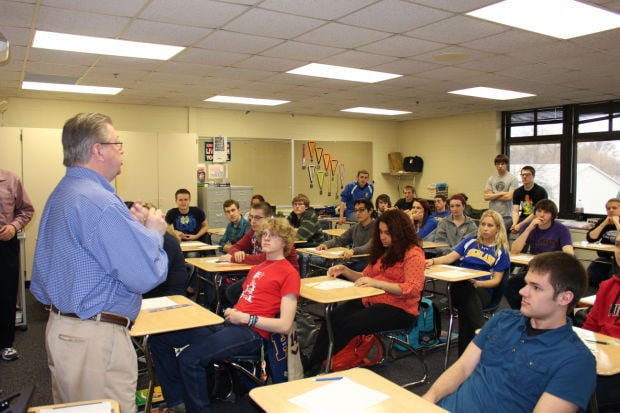 While there continues to be upheaval in education at the state level, student test scores continue to show modest gains in Northwest Indiana, schools will make some transitions to comply with Indiana's new state standards and seven new school superintendents head up districts in the region.

Three local schools are among several across the state that received letters from the Indiana Department of Education that a mistake was made in the scoring which ultimately improved the school's rating.

Those three schools are Highland High School, Merrillville High School and the 21st Century Charter School in Gary. For Highland and Merrillville, the two high schools were upgraded to an A, and those two were among the schools named Indiana's Four Star Schools. That designation indicates the school is in the top 25th percentile of schools in ISTEP-Plus testing results. A total of 313 schools received the award throughout the state.

Kevin Teasley, president and chief executive officer for the Indianapolis-based GEO Foundation which operates 21st Century Charter School, said the letter meant the school moved from a D rating to a C rating. Teasley believes the school performs better than that but said he accepts the current rating.

Teasley also said Indiana has experienced a decade of dramatic education reforms including approving charter school laws, voucher laws and tax credit laws that empower parents. This year, the state took an additional step by approving Pre-K vouchers that will allow thousands of youngsters the opportunity to start on the path of educational excellence earlier in life, he said.

"We are proud of the effort 21st Century Charter has made in Gary to assist and serve families in the pursuit of success in college and careers. We are excited to be able to open a PreK this year too," he said. "As for the grading of schools, I wish state officials would strive more toward getting it right in the first place rather than rushing to judgment then making corrections later. Too much is at stake and too many are harmed by getting it wrong in the first place. Teachers and administrators lose jobs, property values plummet, schools close, etc. as a result of these decisions. If the decisions are correct, the grades are correct, then so be it. But if the grades are wrong, then an entire community has been harmed unnecessarily so."

Weil said this is the second year in a row the high school has been named a Four Star School. "I'm grateful they caught the mistake, reviewed it and communicated it to us. I think the Four Star rating two years in a row shows that we are headed in the right direction," he said.

Merrillville Superintendent Mark Sperling said, "We are very proud of the ongoing efforts of the administrative and instructional staff at Merrillville High School. Merrillville High has been an A-rated school for the past three years and is now being recognized as a Four Star School by the State Department of Education."

In 2010, Indiana was one of 45 states that adopted the Common Core State Standards, a set of academic standards for students in kindergarten through 12th grade.

Indiana has now crafted a set of state standards, which include an element of the Common Core Standards and school leaders across the state have been busy training teachers and getting ready for a revised state-mandated test.

Meanwhile, the Indiana Department of Education said spring 2014 IREAD-3 scores continue to improve. The statewide passage rate was 85.58 percent, up from 85.28 percent for the same period last year. Graduation rates were also up for the 2012-2013 school year. The data show that the state’s non-waiver graduation rate was 81.72 percent, up from 80.46 percent in 2012. The overall graduation rate for all schools was 88.6 percent, virtually unchanged from the prior year’s rate of 88.7 percent.

The data also shows that statewide more than 87 percent of public school educators (teachers and administrators combined) were rated as either effective or highly effective while only 3 percent were rated as either needs improvement or ineffective. The remaining 10 percent did not receive a final evaluation due to circumstances such as resignation or retirement.

“I am encouraged by these numbers,” Indiana education leader Glenda Ritz said earlier this year. “For the most part, they confirm what we already knew: that public schools throughout Indiana are filled with effective and highly effective teachers. Research shows that highly effective educators are exactly the type of leaders that can turn schools around and increase school performance."

Although only 7.3 percent of seventh- and eighth-graders at Gary’s West Side Leadership Academy passed the English/language arts and math portion of ISTEP-Plus this year, Gary school superintendent Cheryl Pruitt, who has completed her second year as superintendent, said the district has had some success.

Pruitt said the administration started prepping for the 2014-2015 school year before the end of the last school year by closing some schools and cutting the number of staff to reduce a $23.7 million budget deficit.

“We reconfigured our school district,” she said. “This puts us on the path of becoming fiscally responsible and financially solvent which increases our ability to offer students the best educational experience possible as they matriculate throughout the Gary Community Schools.”

School Improvement Grants are awarded to schools that demonstrate a great need for these funds, as well as a commitment to use these funds to raise achievement levels in low performing schools. The total amount awarded to Indiana schools is more than $8 million over the next three years. These grants are fully funded by the federal government. Lake Ridge Middle School, which earned has earned three consecutive Ds, will receive  $738,388.07 to make school improvements.

Slideshow: Back to School

Check out The Times Back to School Guide