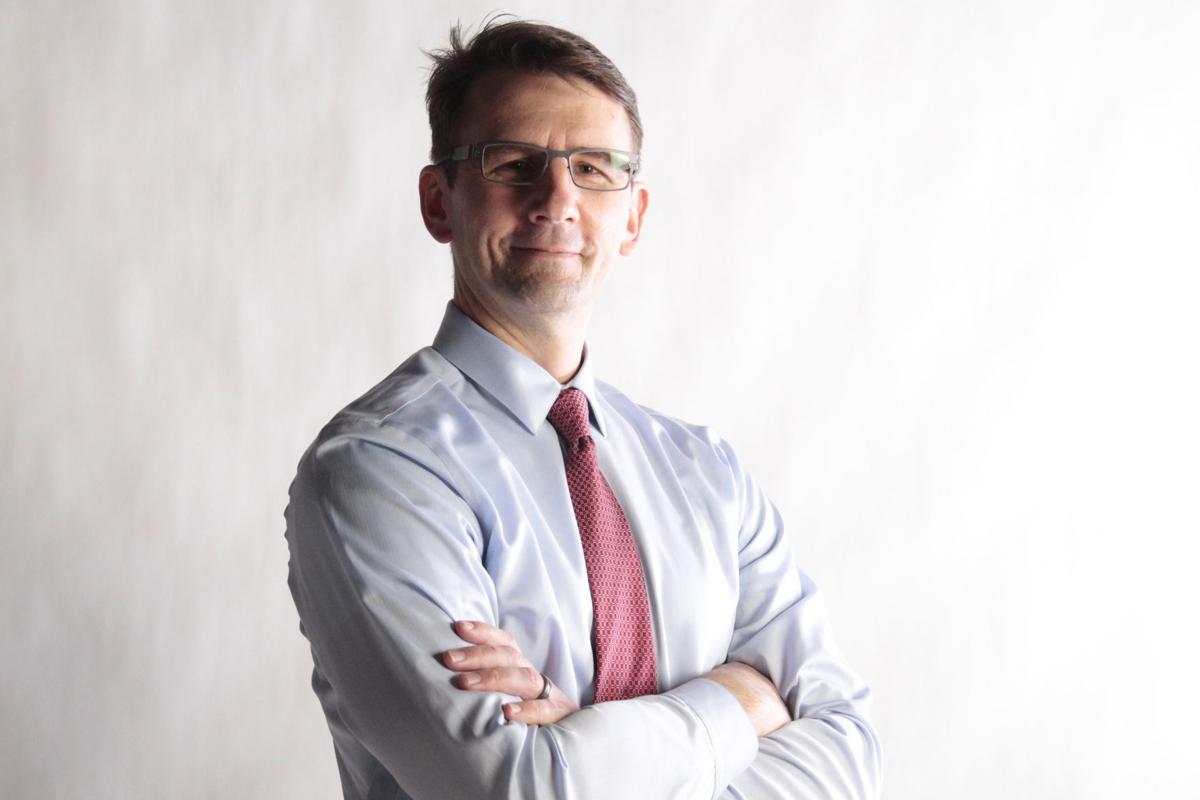 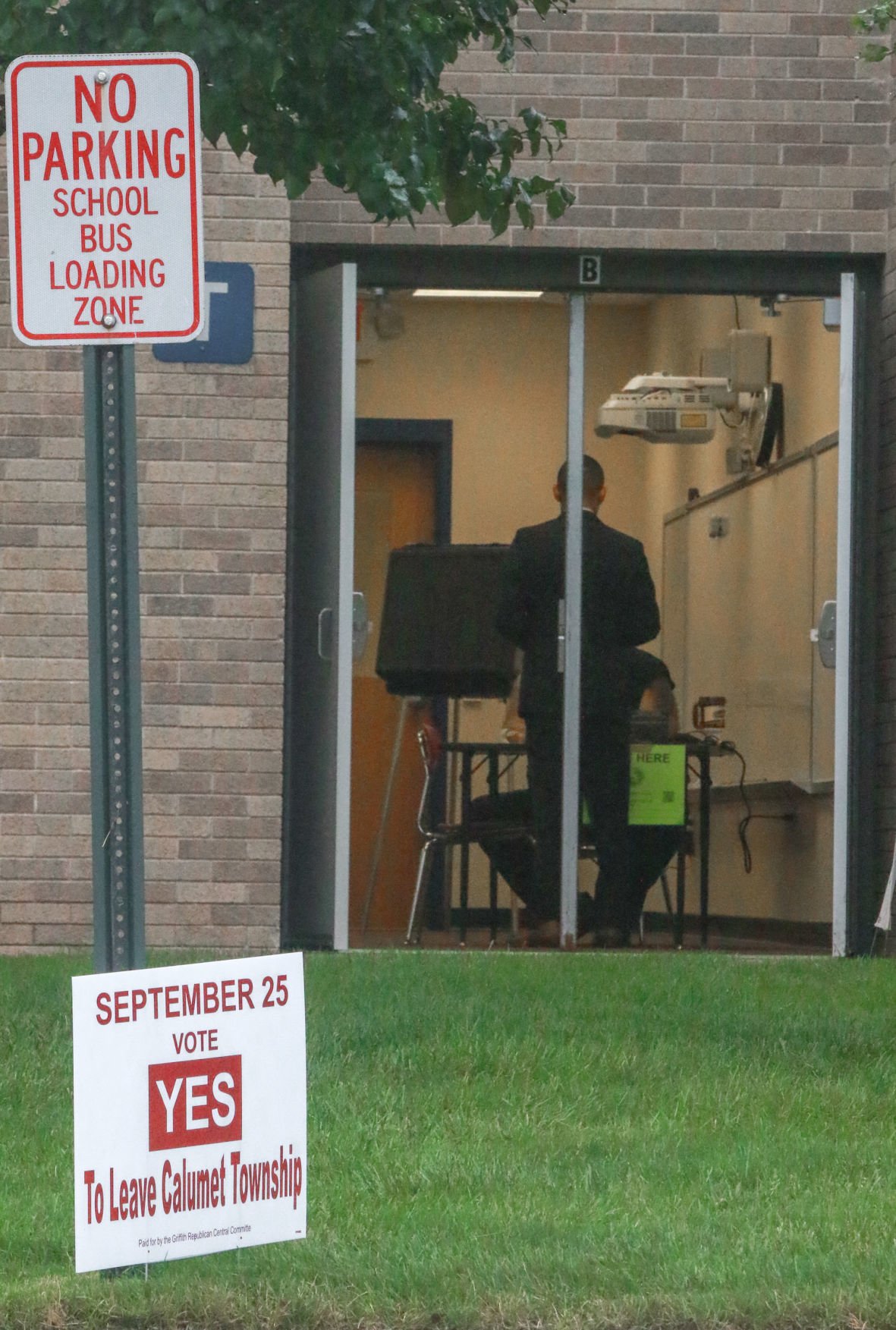 Griffith residents vote at Beiriger Elementary School in Griffith to decide if the town of Griffith should secede from Calumet Township.

All North Township board members say they are firm “no votes” — at least for now — on the town of Griffith’s unprecedented request to join the township.

They have too many reservations — and not enough information — to vote yes by Griffith’s self-imposed Dec. 31 deadline, they said.

“I don’t think it can happen. It’s not enough time. I’m taking this decision very, very seriously. This could be the most important vote the North Township board ever makes,” Lisa Salinas-Matonovich said. “And don’t get me wrong, I have family in Griffith. It’s a great little community. But I have to watch out for the people who voted me in office.”

Ralph Flores Jr. said he’s “never once been approached” by a Griffith official or provided any information.

“All I received was a resolution asking for possible acceptance into our township with no supporting documentation at all,” Flores Jr. said.

The board's third member, Richard Novak, said he has received countless phone calls from constituents urging him to vote no.

"We're blindfolded here," Novak said. "There's a lack of information and residents are telling me they're not ready for another community to come in."

After residents voted overwhelmingly to secede from Calumet Township, the Griffith Town Council last week adopted a resolution asking to join North Township after learning the town’s original request to join St. John Township likely will not come to fruition before year's end.

Griffith town leaders want out by Dec. 31; otherwise, state and federal law forbids towns from transferring into a new township a year before a U.S. census., and that means another year under Calumet Township and a financial hit.

North Township Trustee Frank Mrvan said he "won't be rushed or politically coerced" into making a rash decision this year without gathering the necessary information and getting input from residents.

Several factors are being weighed as a financial consultant completes an impact study analysis to determine if the move would be a benefit or a hindrance to the township, which includes East Chicago, Highland, Munster, Hammond and Whiting, Mrvan said.

Among his concerns: Griffith’s public school system’s debt and how that will impact the township’s bottom line in 2020 — when the state’s tax circuit breaker is fully implemented.

"When 2020 comes, and that circuit breaker clicks, those debt services (once paid by taxpayers) will be consumed by the government entity," he said.

Rick Ryfa, president of Griffith's Town Council, said while he believes the impact will be minimal, he has directed his financial consultant to reassess the possible implications and pass that information along to Mrvan’s office.

Mrvan said he also wants, in writing, an understanding that North Township will not have to subsidize Griffith if the town’s levy isn’t reflected in the upcoming budget year.

Subsidizing the town is completely out of the question and would be "crippling" to the township that serves 53,000 residents a year.

Ryfa said the Department of Local Government Finance — the entity that certifies municipal budgets each year — can expedite a request to amend the current budget to include Griffith’s tax levy.

Mrvan said he also needs reassurance that the money the township receives will be enough to provide services to the area's most vulnerable citizens — veterans, senior citizens and low-income families — if Griffith is added.

"Residents have an expectation of services here. And I just can’t put residents in that position,” he said.

Mrvan said the North Township's next board meeting will be at 6 p.m. Dec. 11 at the Wicker Park Social Center, 8554 Indianapolis Blvd. in Highland.

Residents are encouraged to attend and speak out on the issue.

Griffith might go it alone if rejected by townships

GRIFFITH — While the Town Council still hopes to be in North Township by year's end, it will also request a new state law to provide its own p…

GRIFFITH — With time running out to join a new township by year's end, the Town Council on Tuesday requested membership in North Township.

GRIFFITH  — The town's quest to escape from Calumet Township and join another may take a twist at Tuesday night's Town Council meeting.

GRIFFITH — Town officials will be shopping this week for newer, cheaper township services.

Griffith residents vote at Beiriger Elementary School in Griffith to decide if the town of Griffith should secede from Calumet Township.