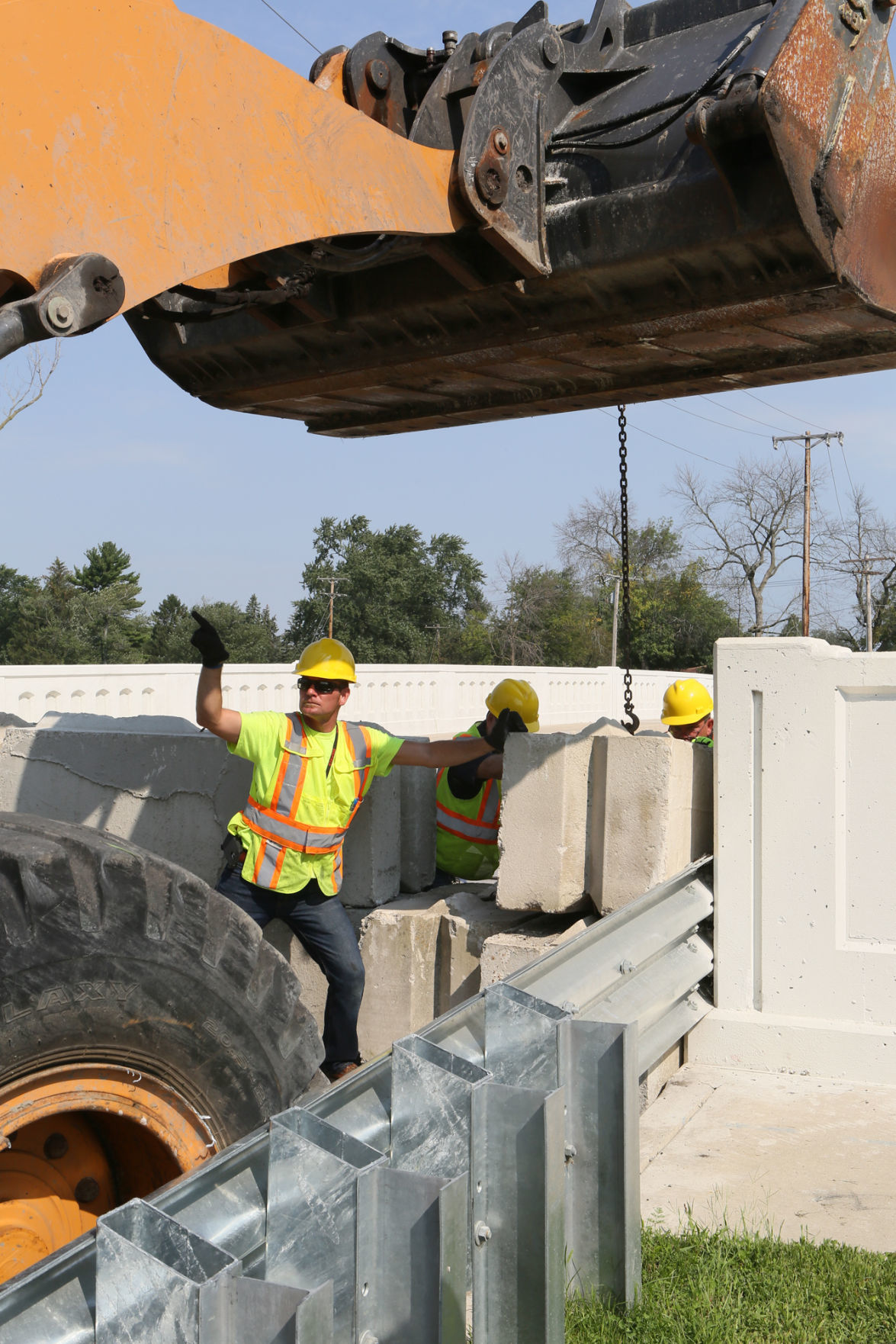 Munster public works employees place barriers called Jersey blocks on Northcote Avenue at the Little Calumet River in 2015. This was a demonstration/training exercise for the U.S. Army Corps of Engineers. 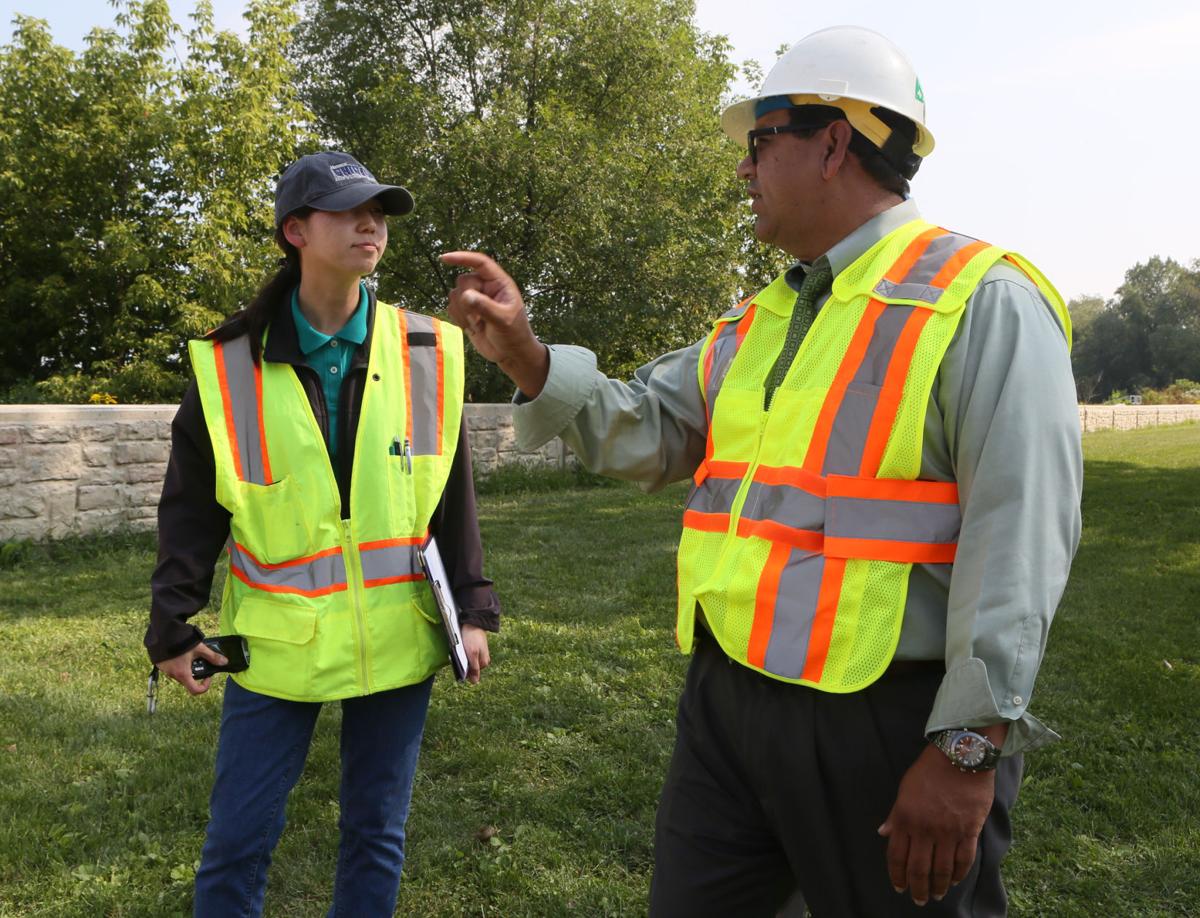 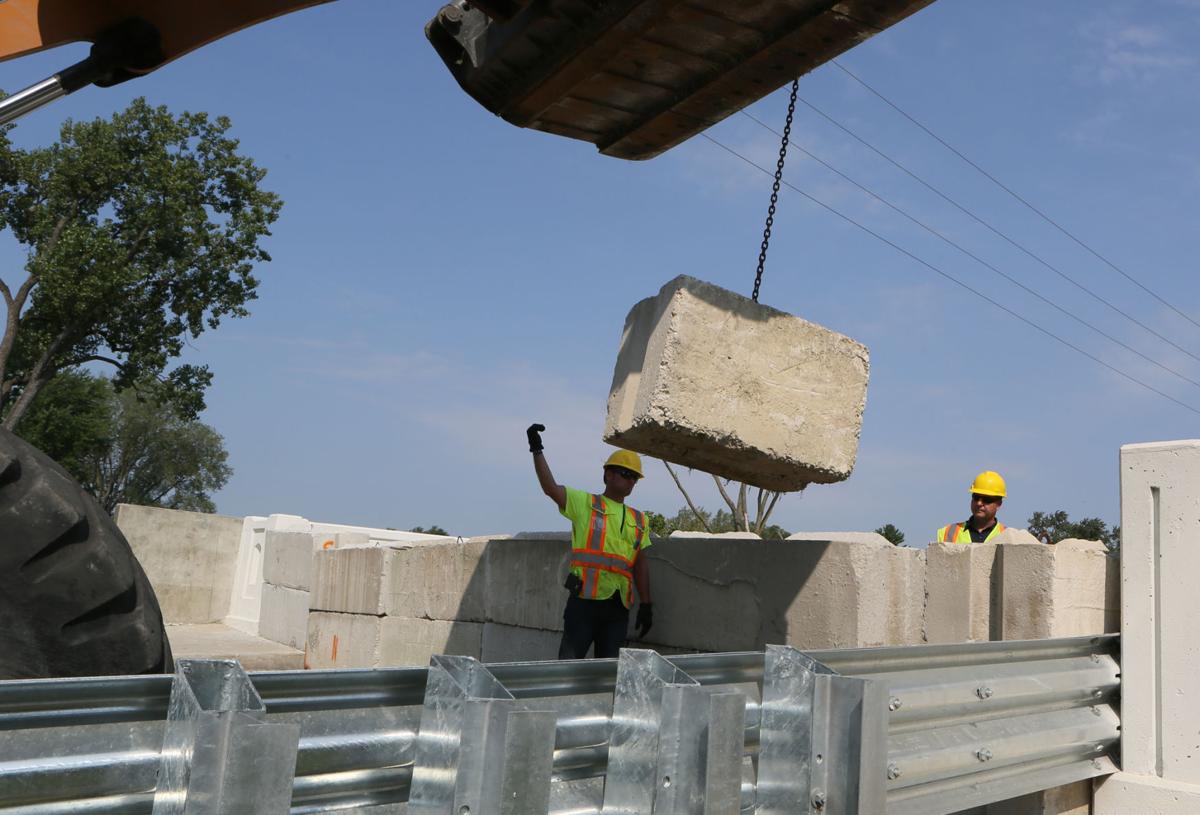 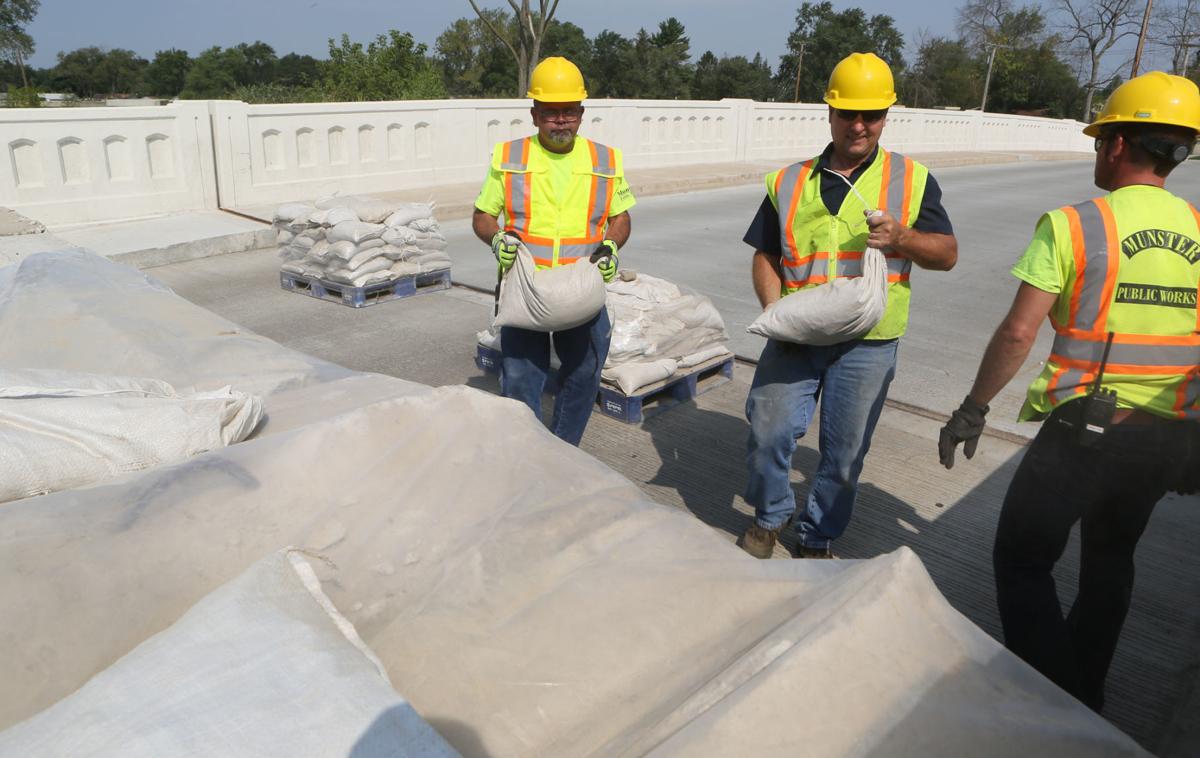 MUNSTER | The Munster Public Works Department is looking at a new method for flood control on Northcote Avenue Bridge.

The town temporarily closed its end of the bridge Thursday morning as the Public Works Department went through a practice demonstration for the U. S. Army Corps of Engineers using large interlocked concrete barriers and sandbags to secure its banks of the Little Calumet River against potential floodwaters.

After the devastating September 2008 floods in the Little Calumet River basin that caused an estimated $88 million in damage, the bridge was rehabbed last year to become an integral part of the levee system. The top of the levee and the top of the rail on the bridge is designed to be at the same elevation. When water reaches that point, it flows under the bridge like a siphon — hence the name siphon bridge.

It boxes the river in with solid concrete walls that are tied in structurally to the walls the Army Corps installed.

The water is allowed to rise above the bridge deck until head pressure on it pushes it under the bridge faster where it equalizes so it doesn't come over the top.

The new plan is to use 14 large concrete barriers weighing roughly a ton each across the roughly 35-foot stretch of the bridge to support a plastic barrier and lined with sandbags.

“It was very cumbersome,” said Munster Public Works Director Tony Torres. “It was time-consuming and hard to stabilize.”

The Army Corps will need to approve the new plan.

Torres said the new system would allow the department to use less manpower to set up and less time to take apart, allowing it to shift resources more quickly in an emergency.

“The more we can do that day the time of a true emergency, there’s going to be more issues going on than this,” Dan Repay, executive director of the Little Calumet River Basin Development Commission said.

MUNSTER | Raising the Northcote Avenue Bridge over the Little Calumet River will close the “last hole in the dike” through Munster,” says Town…

HAMMOND | The Northcote Avenue Bridge over the Little Calumet River will begin a transformation Tuesday and, once complete, will be a structur…

A spirit of municipal cooperation between Munster and Hammond provided the energy needed to remove 1,556 primarily Munster residential propert…

Munster public works employees place barriers called Jersey blocks on Northcote Avenue at the Little Calumet River in 2015. This was a demonstration/training exercise for the U.S. Army Corps of Engineers.