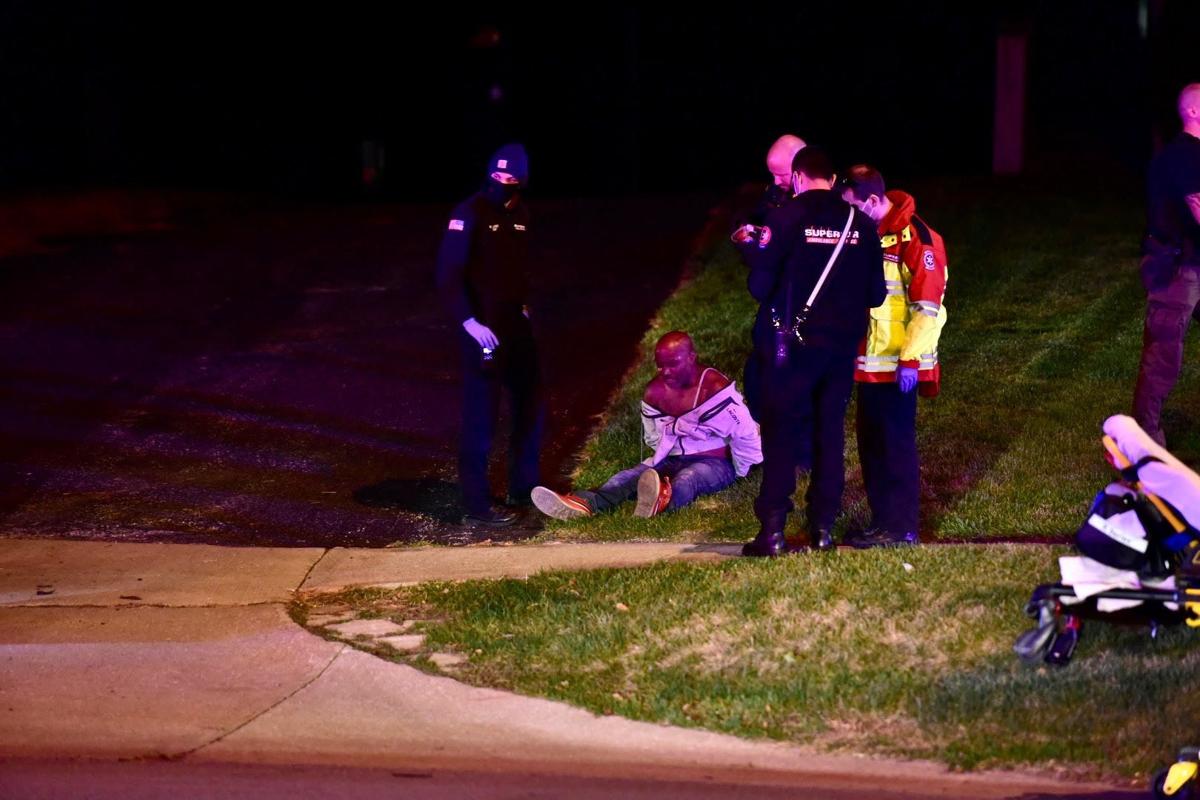 A suspect is in handcuffs following a chase Thursday that ended in the 1000 block of Ridge Road in Munster. 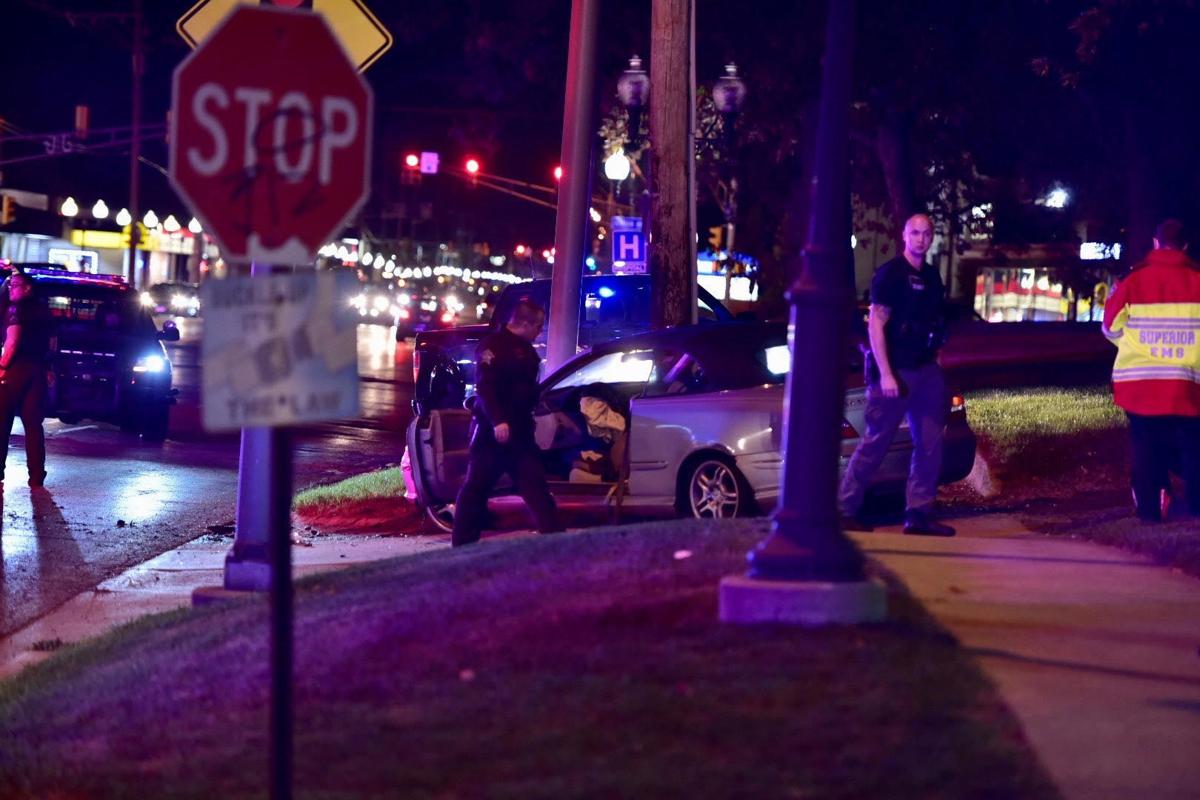 Police process the scene after bring a pursuit to an end Thursday in Munster. 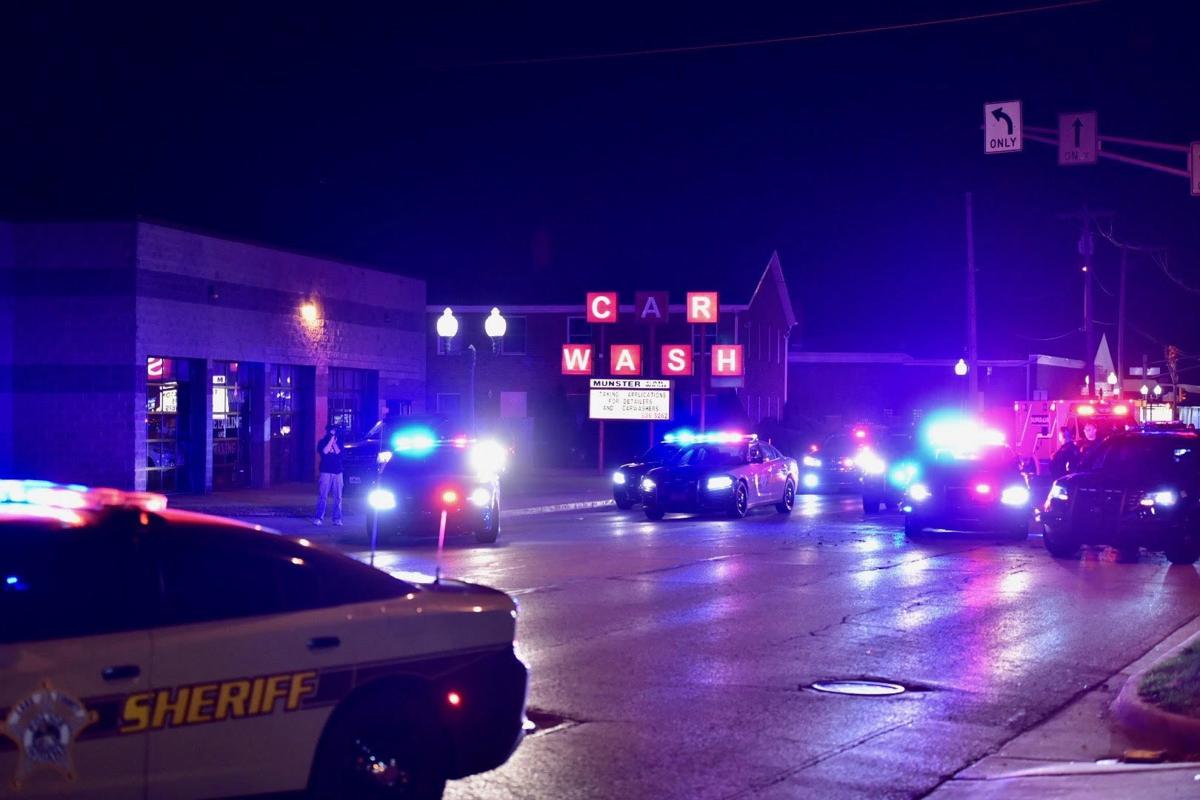 Police block off a portion of Ridge Road in Munster on Thursday following a pursuit through Lake County.

MUNSTER — After crashing into a police car and being pursued by several agencies through Lake County, a man was arrested in Munster, police said.

On Thursday evening, a silver passenger car fled after officers tried stopped the vehicle in Munster. During the chase the suspect hit a Munster police car, but no one was injured, Munster police Lt. John Peirick said.

The vehicle came to a stop in the 1000 block of Ridge Road in Munster and one man was arrested, police said. An eyewitness saw the man being loaded into an ambulance after police made contact.

Peririck said at this time police believe alcohol may have been a factor and toxicology reports are pending.

Police temporarily shut down the eastbound lanes of Ridge Road in the area of the arrest. The man's identity has not yet been released pending criminal charges.

Motorcyclist airlifted after crash with semi

The motorcyclist suffered traumatic injuries to his face and was airlifted to a Chicago trauma center.

Employees called officers after a woman reported that a man entered the women’s restroom and used a cellphone to record those using the facilities.

Pair who came for woman shot man dead after he told them to leave, records allege

Defendant Mark Windsheimer II allegedly threatened to "blow this (expletive) up," and homicide victim Landen Cowart replied: "Then get to bustin'," records state.

Witnesses told police the victim intended to drop off gifts for his children and wanted to spend the night with their mother, but she was with defendant Shaughn Nelson that night, court documents state.

A suspect is in handcuffs following a chase Thursday that ended in the 1000 block of Ridge Road in Munster.

Police process the scene after bring a pursuit to an end Thursday in Munster.

Police block off a portion of Ridge Road in Munster on Thursday following a pursuit through Lake County.