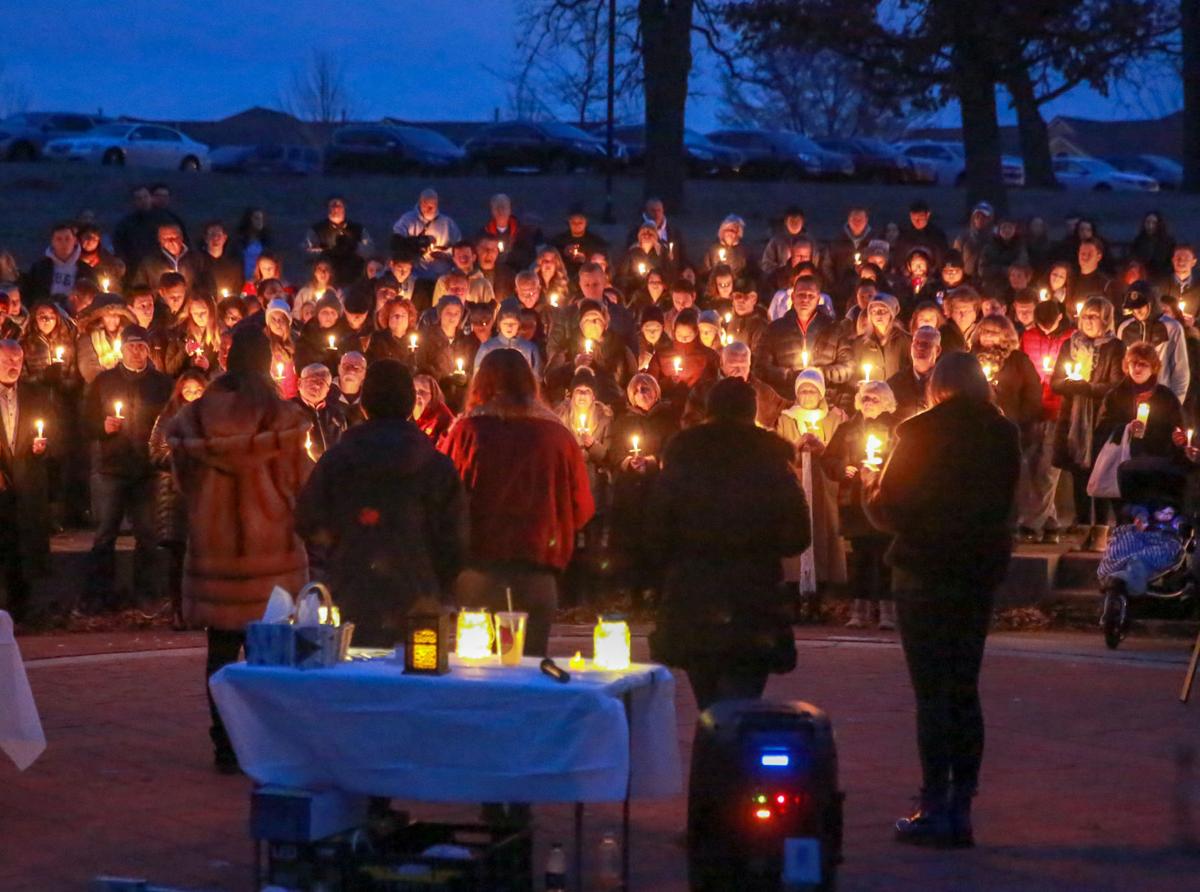 ST. JOHN — Molley Lanham's disappearance was mishandled from the day she was reported missing to the St. John Police Department, the family said.

Stacy Spejewski, Molley's mother, said Wednesday in a letter that after receiving and reviewing a final copy of the investigative report into Lanham's case, the family's feelings toward St. John police haven't changed.

"I am so very disappointed in the findings and feel that our family and Molley were let down yet again by our town," Spejewski said. "My family and I were completely honest with the information we shared and the events that took place during and leading up to the time my daughter was missing."

Spejewski wrote the findings in the "bias" report were questionable and it was unclear how former Police Chief James Kveton interpreted the findings and came to the conclusion there was no wrongdoing within the department.

"Our town boasts that St. John is a wonderful and safe place to live, work, shop and raise a family," Spejewski said. "Although this may be true, St. John needs to take it a bit further."

While Spejewski didn't include specifics from the report in her letter, she urged the new Town Council, incoming town manager, the safety board and recently appointed Police Chief Steve Flores to make changes.

Those changes include reevaluating missing person investigation protocol; training personnel to be aware of the needs of families of missing people; providing prompt and routine updates to the family during an investigation; enacting sensitivity training; providing support services; and listening to the gut feelings of family members.

"Empathy and compassion is needed within our police force. If your child, grandchild or family member were missing, I believe you would want your town to go above and beyond to find your missing loved one, not just follow subpar protocol," Spejewski said. "I knew my daughter, and I knew her disappearance was totally out of character."

Although Flores wasn't chief during the investigation, he told The Times that Kveton told officers involved with the investigation they did everything they could and went "above and beyond" the scope of what they should've done, which included entering Lanham and Grill into a national database as soon as they went missing.

"I do know that our officers did a ton of work on it, and we have a huge timeline of everything that we have done during the case," Flores said.

"I can't express enough on how bad I feel for the family, and (I) give my condolences to them because I couldn't even imagine going through what they went through. I have a daughter myself. ... I can't even fathom thinking about going through that."

Flores said he can't comment on any specifics of the report because he has yet to read it. Currently, he is waiting to receive a copy.

"I've asked for copies of that report. I guess it was sent to our previous council people, our town attorney and our past police chief, but it's nowhere to be found here at the police station," he said.

The Times also has requested a copy of the report.

“From the moment they filed that report, St. John treated this as if it was not a serious situation,” Tauber said during the meeting, adding that police told the parents they believed Lanham was “just a runaway.”

Kveton previously told The Times that St. John police took action right away and reported the teens as missing on a national database as soon as the case was reported to his department.

After filing a police report with St. John, Lanham's family hired a private investigator. Within a few days, tips were collected, including that a "Connor Kerner might be involved," Tauber said during the meeting.

When the family turned over tips they received, including Kerner's name, an officer they spoke with said the department was aware of the 17-year-old and he "wasn't dangerous."

“Imagine the insult and disgust they felt knowing that the police department shrugged them off and said it was all fine," Tauber said.

Kerner, of Valparaiso, is facing two counts of murder and felony counts of intimidation and arson. His trial is expected to begin July 7.

A delay was granted Monday for 12-day trial involving an 18-year-old Valparaiso man accused of murdering two fellow young people from Lake County during what he said was a drug deal gone bad.

Connor Kerner, of Valparaiso, has asked for a change of venue for his Porter County murder trial.

VALPARAISO — A 12-day trial has been scheduled over a period of four weeks next year for 18-year-old Connor Kerner, who is charged with murder…

ST. JOHN — St. John police minimized the concerns of Molley Lanham's parents when they reported the teen missing earlier this year, the family…

Portage native's film to premiere at IMAX this week

The Portage native started to take filmmaking seriously when he enrolled in college at Purdue Northwest. Now his movie, "Cashing Out," will premiere in theaters starting Wednesday.

Growing the police force has been a goal for Police Chief Steve Flores since he took the helm of the department on Jan. 1. Now, the department is close to hiring its 22nd officer.

St. John officials hope to have new town manager by end of February

Town Council President Gerald Swets said the "right" candidate is someone who has experience managing a town and municipal and finance experience.

After taking the helm of the St. John Police Department at the beginning of the year, the change within the department has been like night and day, said Police Chief Steve Flores. Here's how the department is changing.

A K-9 police dog is resting up at home after his partner's vehicle was totaled while responding to a shoplifter over the weekend, authorities said.

On Friday, the Safety Board approved the emergency hire of a police officer to replace former Police Chief James Kveton.