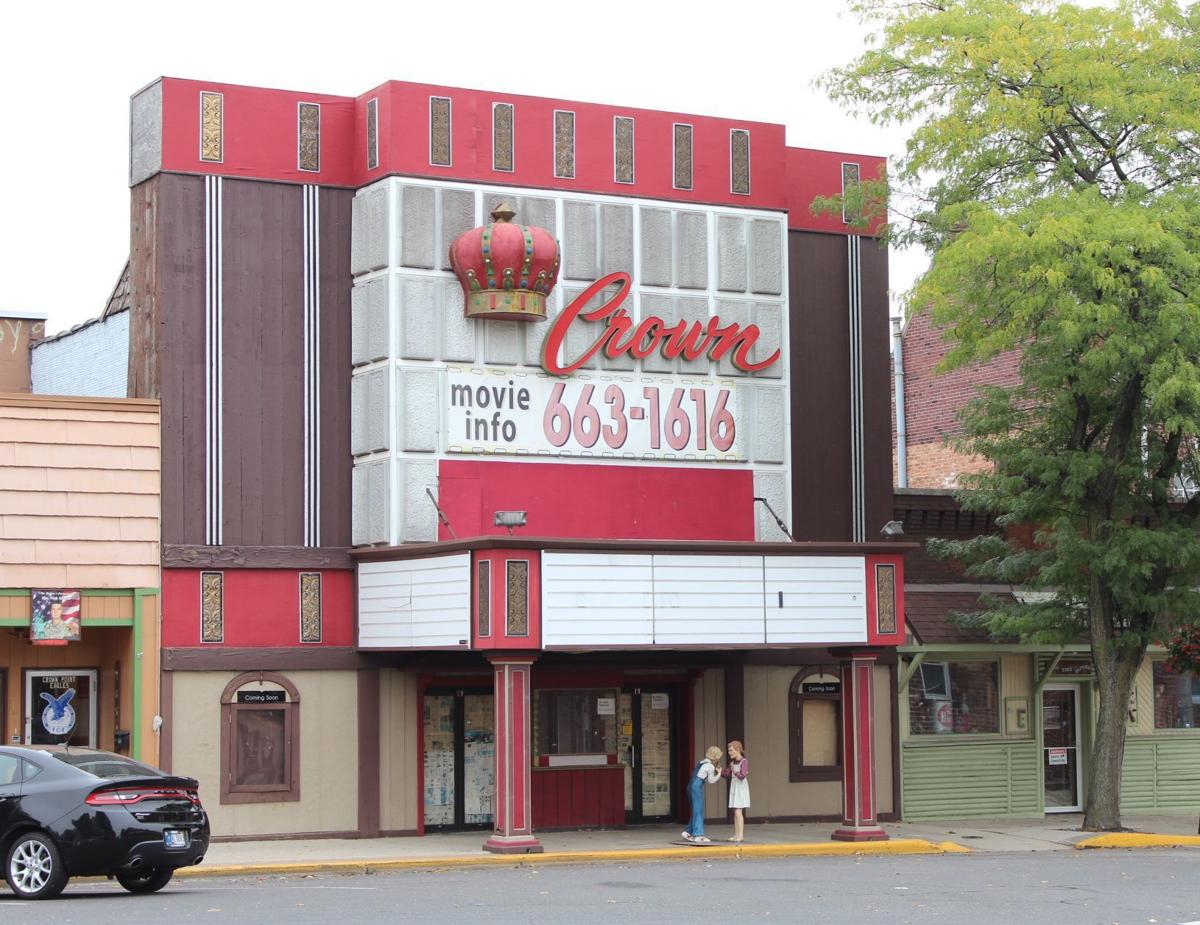 The new owner of the Crown Theater hopes to fill some of the entertainment void left after the closing of the Star Plaza Theatre in Merrillville. 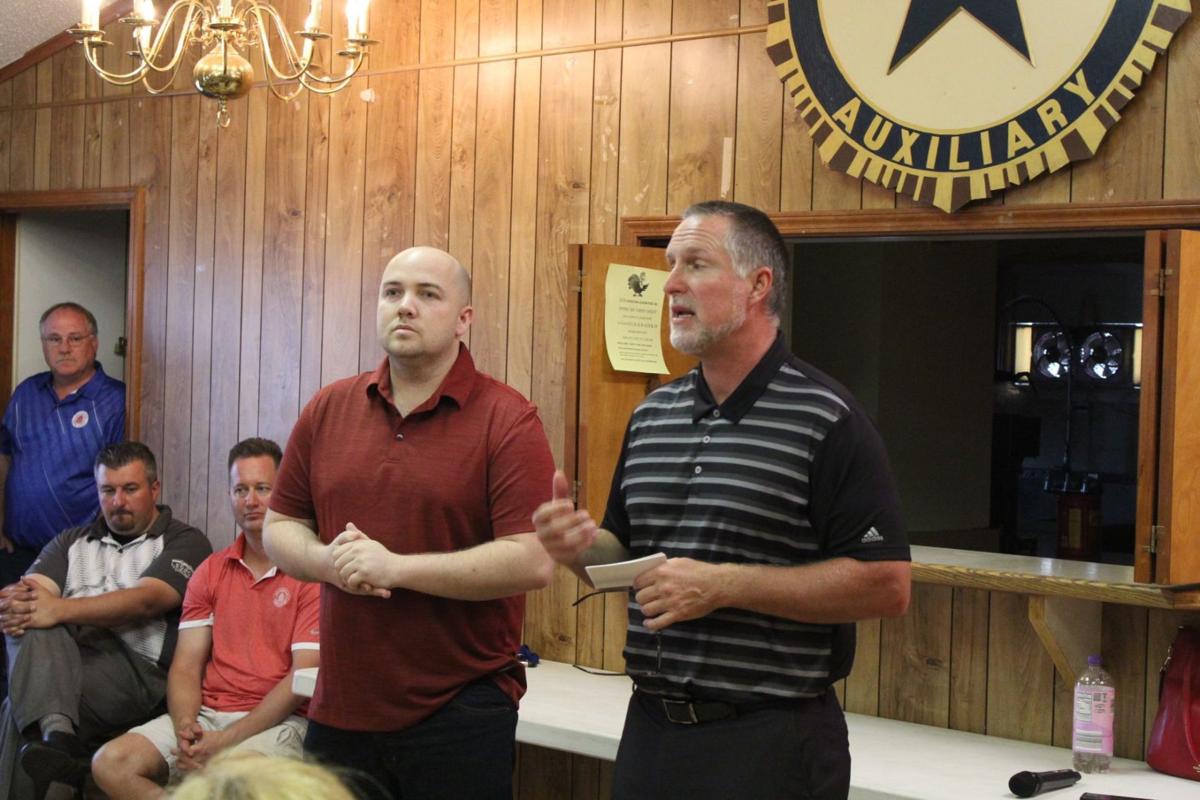 Brad Strom, left, and Crown Point Mayor David Uran announce Strom as the new owner of the long-vacant Crown Theater in the downtown square. Strom is a longtime employee of the now-closed Star Plaza Theatre.

CROWN POINT — The Star Plaza Theatre has been closed for nearly half a year, but one of its former employees has purchased the long-vacant Crown Theater and hopes to fill the entertainment void left by the iconic Merrillville venue by bringing some of it to the downtown square.

"I never missed a show in its entire existence," Strom said.

As news was coming that the Star Plaza was closing, Strom, who lives in Crown Point, drove by the shuttered Crown Theater every day and saw an opportunity to bring what he loved that was leaving to that downtown location.

Strom said plans call for the Crown Theater, which will retain its name, to be turned into a comedy club, small concert venue and live theater venue for performances and children's shows.

The Star Plaza had 3,400 seats, compared to the 400 to 500 at Crown Theater. Strom said they had "tons of acts" that wanted to perform at the Star Plaza but could not because of the size.

Strom and his partners are looking to book some up-and-coming artists that the Star Plaza was too big for.

"It is not just gonna be people you've never heard of," Strom said. "We are going to get the people that people want to see. There are a lot of bars on the square. We're looking for people to come out and give them something else to do. Something that is a different experience."

Strom said in addition to live theater, which would fill a void left when Crown Point Community Theatre closed last year, movies could return to the Crown Theater in the form of independent films. Children's shows could be similar to those that used to perform at the Star Plaza like "Sesame Street Live." The Indiana Ballet Theatre's "The Nutcracker," a longtime staple at the Star, could also perform at the Crown Theater.

"We're going to open it up to a little bit of everything over there," Strom said.

Strom said they will also be looking into designs that would feature more stage space or more seats. But there is a lot of work to do — about six months of renovations are planned.

Also excited is Mayor David Uran, who broke the news alongside Strom during his monthly meeting with residents, "Tuesday Talks with Mayor Uran,"  at the American Legion Post 20. Uran said it will be a great destination place for families.

"That will be a nice piece on the west side of the square that will really add to the current viability to our downtown," he said.

"First impressions are huge," he said. "You'll know when it is ready."

CAPE CANAVERAL, Fla. — Six years after last landing on Mars, NASA is sending a robotic geologist to dig deeper than ever before to take the pl…

5 important stories you need to know from yesterday: Dispute on social media led to fight, shooting at Gary park

Once lights get turned on at Crown Theater, they could shine economic light on neighboring businesses

CROWN POINT — The new owner of the Crown Theater hopes the arts he brings to the long-vacant building will make it vibrant again. Those fresh …

That's So Region Podcast: Dreaming of a new Crown Theater and a look back at primary night in NWI

The That's So Region panel discusses what they hope to see out of the new Crown Theater (1:51) and looks back at the big news to come out of T…

Roundabouts, bus travel and the downtown square are topics at 'Tuesday Talks with Mayor Uran'

CROWN POINT — Roundabouts, bus travel to Chicago and the downtown square were some of the topics discussed at Mayor David Uran's recent open f…

CROWN POINT — The public has not walked through the doors of the Crown Theater in half a decade, but since early May, workers have been inside…

CROWN POINT — A little more than a week before the historic 102-year-old doors of the Crown Theatre were set to officially open once again, bu…

CROWN POINT — Nearly 100 seats from the now-shuttered Star Plaza Theatre are being donated to the Indiana Ballet Theatre.

CROWN POINT — Over 300 people in attendance at the St. Peter and Paul Macedonian banquet hall and many others watching via Facebook Live Tuesd…

CROWN POINT — Mayor David Uran is bullish on a new development coming to the city this summer.

TSA Properties, LLC, is looking for a new tenant to occupy the former Crown Theatre building along North Court Street.

The new owner of the Crown Theater hopes to fill some of the entertainment void left after the closing of the Star Plaza Theatre in Merrillville.

Brad Strom, left, and Crown Point Mayor David Uran announce Strom as the new owner of the long-vacant Crown Theater in the downtown square. Strom is a longtime employee of the now-closed Star Plaza Theatre.