Gary man given 20 years in federal crackdown on gang activity

North Township rolls out food delivery program for seniors, disabled amid coronavirus outbreak
Share this
1 of 3 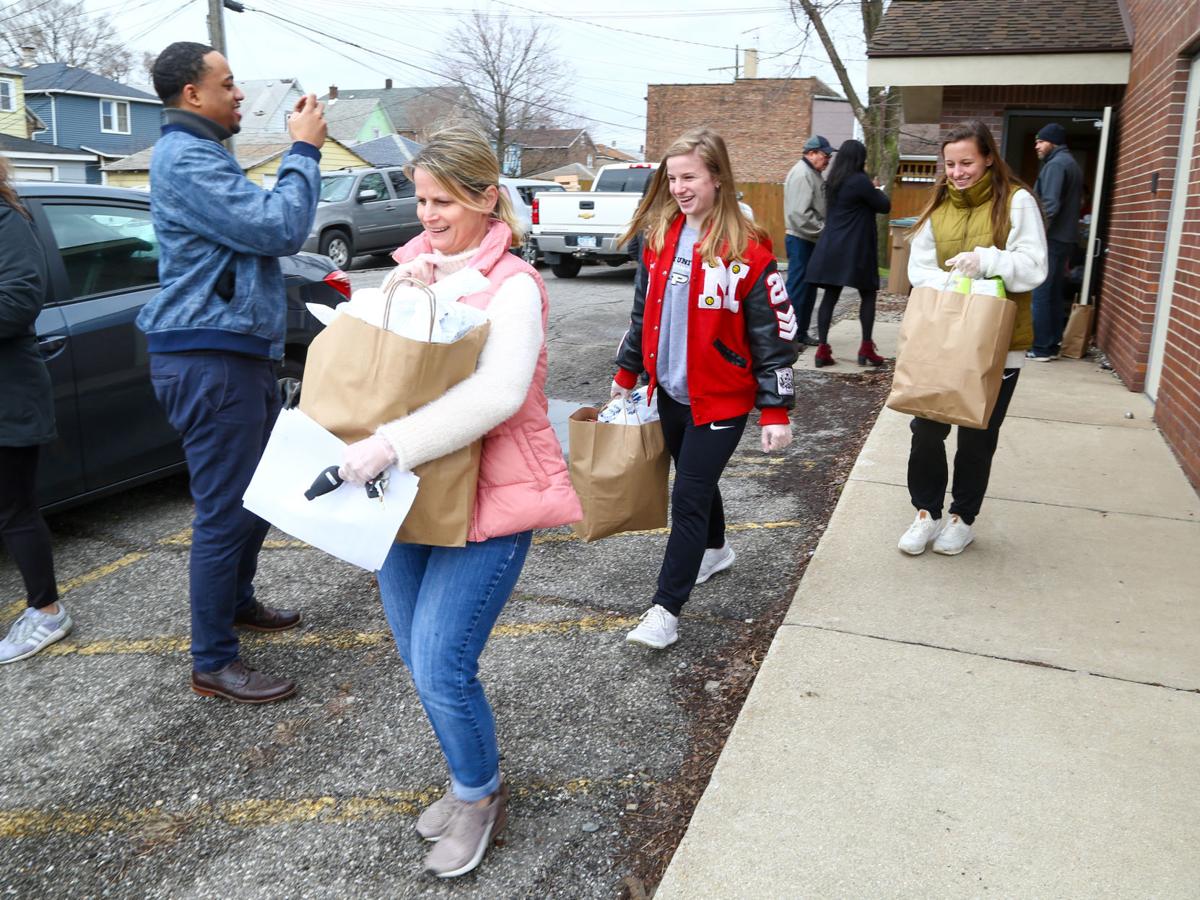 Dana Ziel, left, and her daughters Kayla and Kendal, right, leave the Catholic Charities facility in East Chicago on Friday with food to be delivered to seniors. 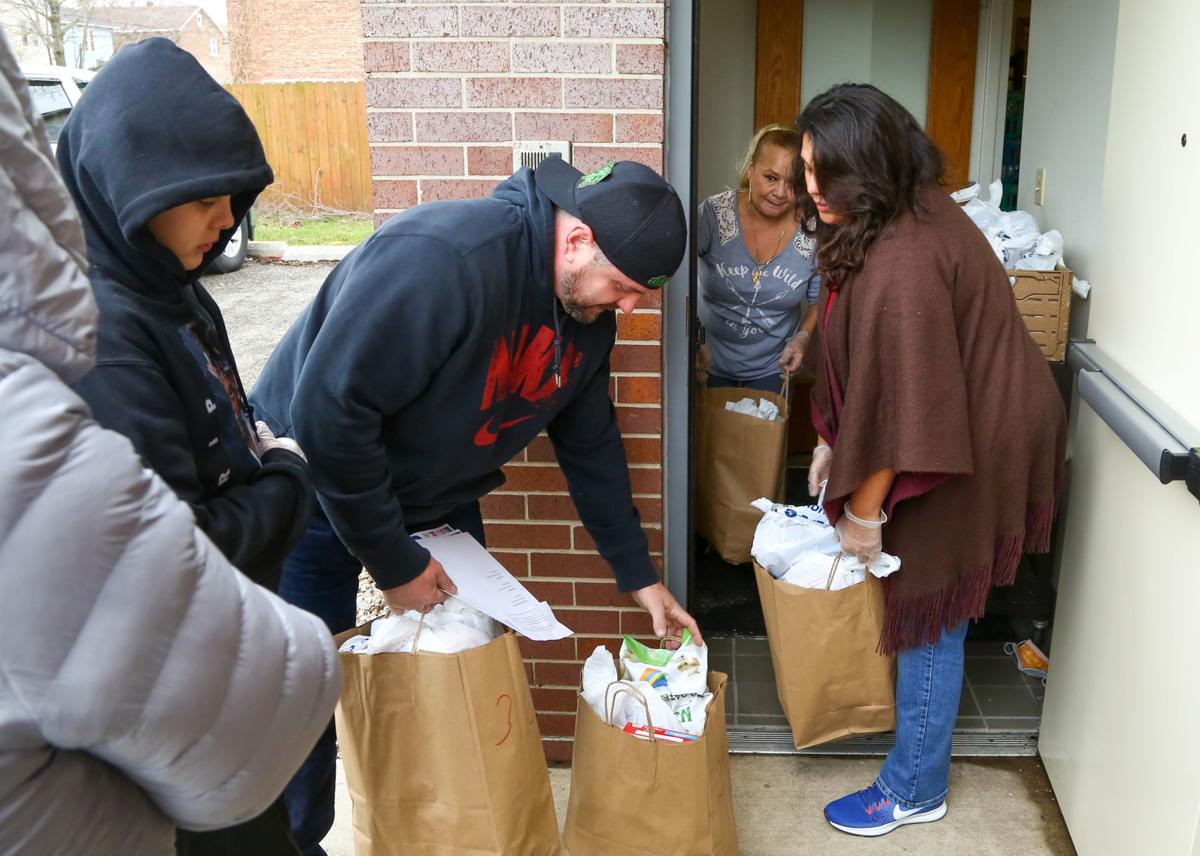 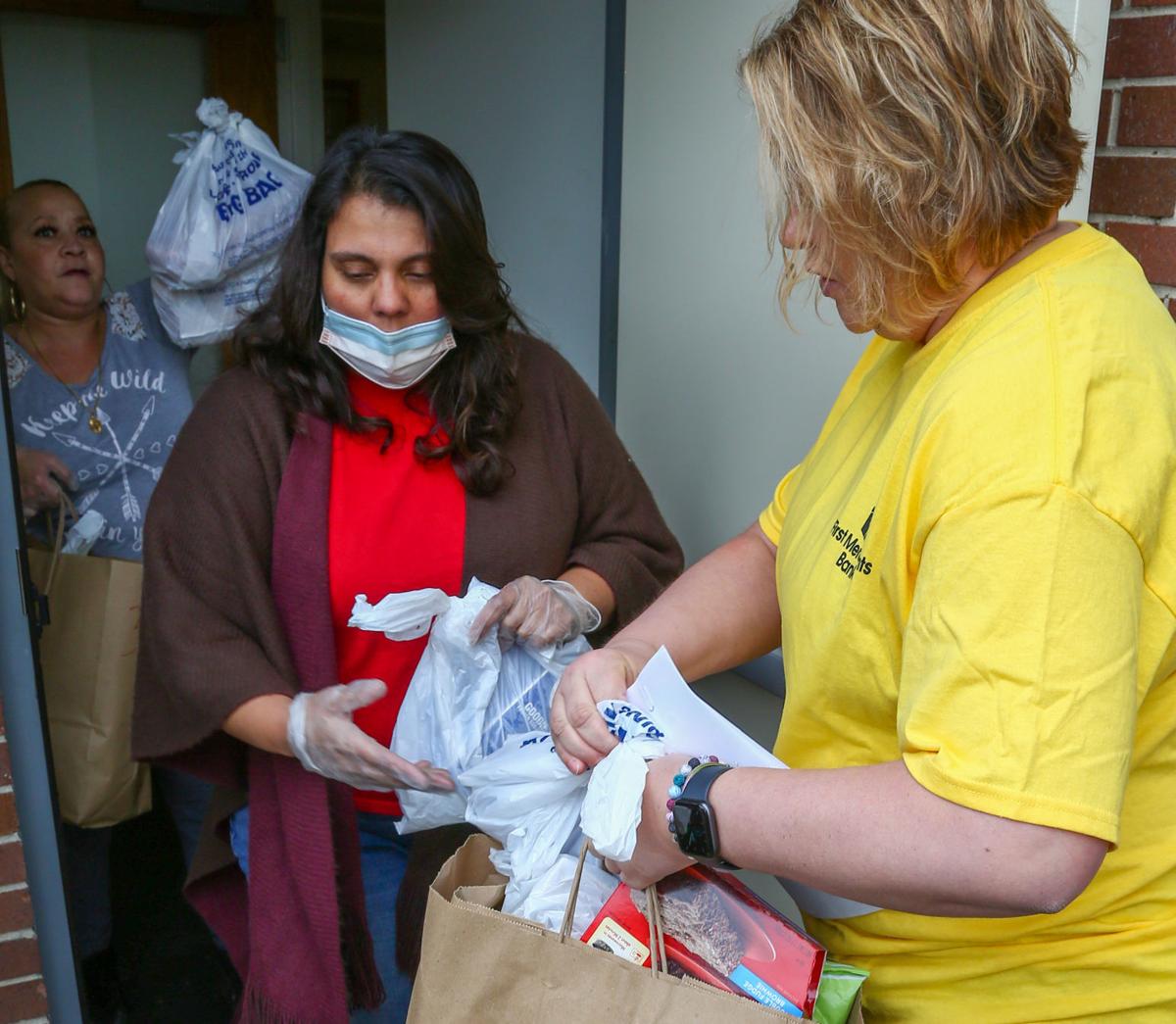 Senior citizens and residents with disabilities in East Chicago, Hammond, Highland, Munster and Whiting who can't make it out of the house but need food can count on the North Township trustee's office for help.

The trustee's office and its partners Catholic Charities and Northwest Indiana Food Bank began delivering meals this week to some of the more than 200 people who have requested assistance, Trustee Frank Mrvan said.

More than 20 people volunteered to help deliver the meals after Mrvan made an appeal Tuesday to the community for help.

Mrvan said he saw a need, because seniors were being told to stay home and grocery stores were inundated with people.

"At the North Township trustee's office, our focus has been making sure we assist our senior population every single day," he said.

The township approached Catholic Charities for help with the program, because the organization operates a food bank and pantry.

The Food Bank of Northwest Indiana swooped in to assist in areas where Catholic Charities cannot, food bank Executive Director Victor A. Garcia said. The food bank also will continue to serve residents outside of North Township through a variety of programs.

The organizations' assistance means the food deliveries will be made at no cost to recipients, Mrvan said.

Elizabeth Acevedo, manager of the Catholic Charities food pantry in East Chicago, said her organization was proud to help.

When reached by phone Friday, Mrvan and his staff were preparing to help distribute food.

On Thursday, Mrvan met with Ben Cabrera at the John B. Nicosia Senior Building in East Chicago, he said.

Cabrera, who has diabetes and is receiving chemotherapy as part of his cancer treatment, cannot leave his apartment because he's feeling weak and has a compromised immune system.

"He had tears in his eyes because he had no other option to be able to have access for food," Mrvan said. "These are the realities we face. People can't leave their homes under certain circumstances, and we have to help them."

Cabrera said he was grateful for the township's assistance, which helped him get through a severe drop in blood sugar Friday morning.

"I just lost my wife to cancer in December," he said. "I'm living by myself."

It's not the first time Cabrera has received help from the township, he said.

"North Township and their staff has been tremendous over the years," he said.

Though North Township's food-delivery program is targeted at seniors and disabled residents, no one will be turned away if the need is genuine and supplies are available, Mrvan said.

The township hopes to provide same-day delivery, with a maximum response time of 24 hours. All deliveries will be completed between 6 p.m. Monday through Friday.

Residents in need of food deliveries and residents interested in volunteering should call 219-306-1344.

North Township residents with a need other than food also are encouraged to call the trustee's office, Mrvan said.

"I want everyone to know during this crisis, the North Township trustee's office is there to stand with them," he said.

If you need help

North Township residents in need of food deliveries should call 219-306-1344.

Indiana moves primary elections to June 2 due to coronavirus

Indiana is shifting its May 5 primary to June 2, and expanding vote by mail opportunities, to minimize the potential spread of coronavirus.

Officers will now be using the telephone to respond to non-emergency calls that do not require a physical presence, police said.

Southwest Airlines cuts most flights in and out of Midway

Southwest said that it had significantly scaled back its fights in and out of Midway International Airport, days after federal authorities closed the airport's control tower after technicians tested positive for the coronavirus.

Porter County continues to have zero confirmed cases of the novel coronavirus, but is closely monitoring 26 people who have shown symptoms of concern, a health department official said.

Valparaiso University is extending its virtual learning period through the end of the spring semester amid the coronavirus pandemic.

Possible 15% unemployment in Indiana from COVID-19

A Ball State University economist projects Indiana's 3.1% unemployment rate could soar to 10% over the next six weeks, and approach 15% by mid-June.

Three more people have died after contracting the coronavirus in Illinois and 422 people statewide have now tested positive.

During the COVID-19 pandemic, Region churches are finding a new way to answer God's call.

Metra will begin operating an alternate weekday schedule on Monday to adjust to the reduced number of riders due to the coronavirus pandemic.

As the coronavirus pandemic continues to alter how individuals go about their daily lives, these changes can be especially difficult for children.

Mayor Bill Carroll on Thursday decided to extend his declaration of a local disaster emergency to 60 days in Lake Station.

Church bells in LaPorte will ring Friday to give thanks to all emergency responders for putting their safety on the line for others during the ongoing coronavirus outbreak.

Gelsosomo's Pizzeria Crown Point gave away more than 150 sack lunches on its first day of giving away meals to kids daily at lunchtime, no questions asked.

Strack & Van Til and Jewel-Osco are adding senior hours, while Meijer and Walmart are closing early and Dick's Sporting Goods and Kohl's are temporarily closing altogether.

The Whiting mayor said there will be staff manning phones to respond to questions and sanitation services will continue regularly.

Hammond school leaders are still seeking input on what to call its future high schools. The district's high school branding survey is open through the end of the day Friday. More on how you can share your ideas here:

What to stream while battling quarantine cabin fever

Until a sense of normalcy is restored, here are some "cabin fever essentials" — all of which can be viewed on major streaming platforms.

A principal in Lake Central's Kolling Elementary School is notifying families of a positive COVID-19 case tested in a community parent.

Donations of bread, cereal, canned food, hygiene items and toilet paper are needed and can be dropped off at the Lake County office at 8225 Columbia Ave. in Munster.

Businesses and organizations that would like to aid efforts as a community partner can contact the EOC logistics department at 219-576-2786.

Residents have reported incidents where people visit their homes claiming they need to administer coronavirus tests on everyone in the household, the sheriff said.

Since March 30, members with the Indiana National Guard have been lending a hand at the Food Bank of Northwest Indiana.

Dana Ziel, left, and her daughters Kayla and Kendal, right, leave the Catholic Charities facility in East Chicago on Friday with food to be delivered to seniors.