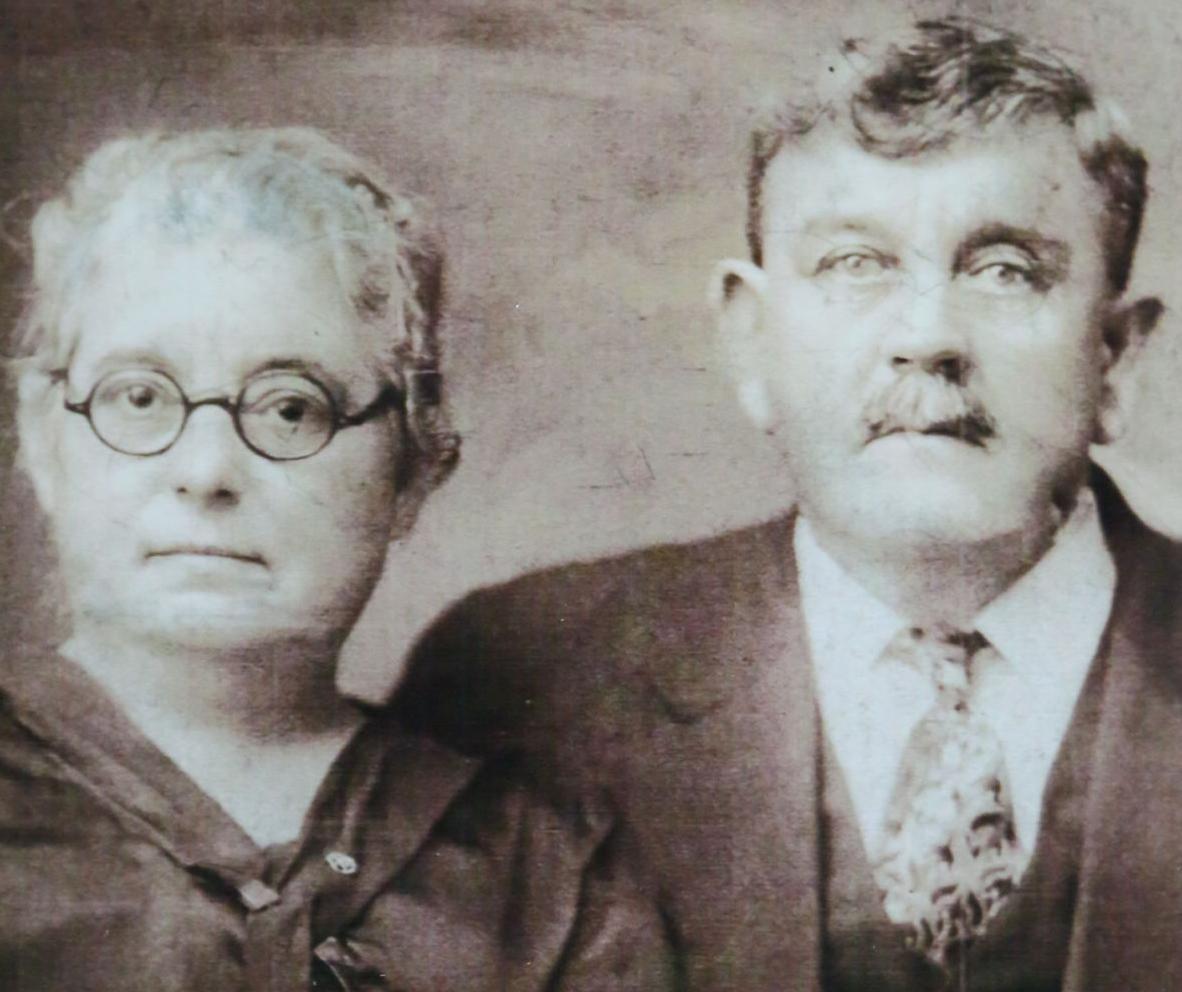 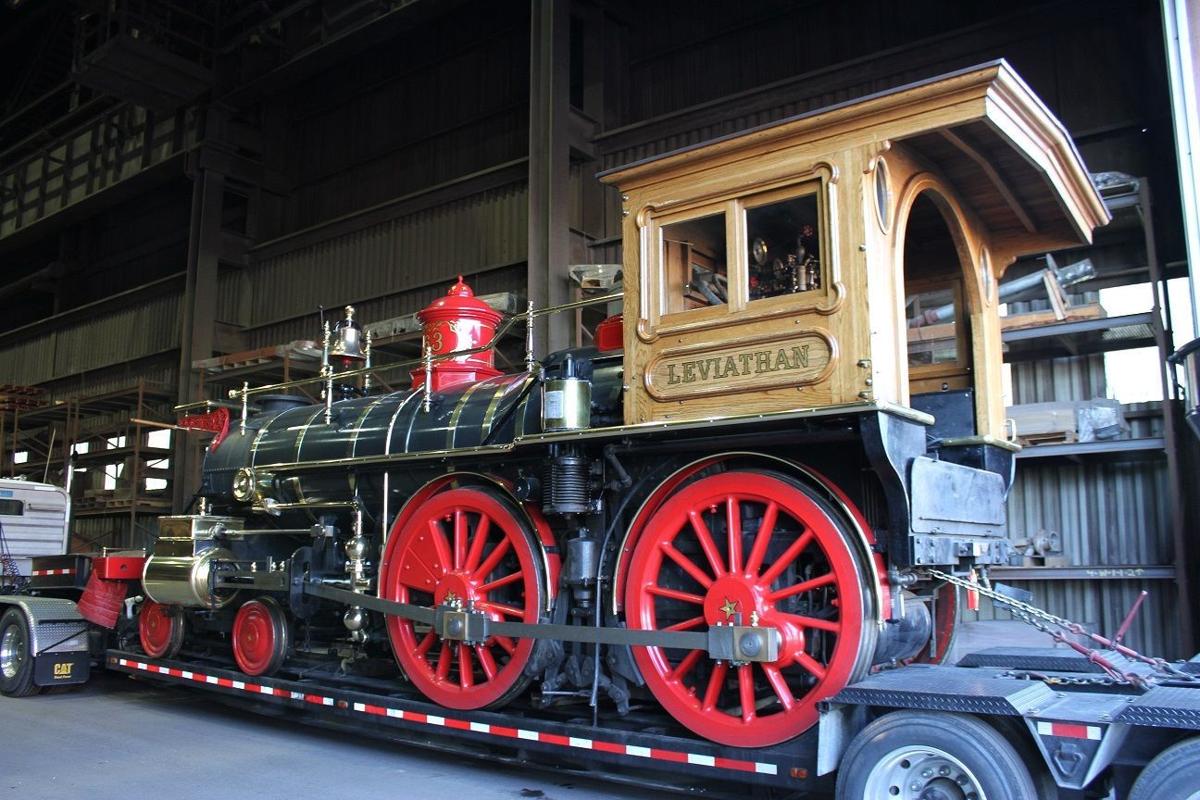 Lincoln Funeral Train Display, Indiana Welcome Center, 7770 Corinne Drive, Hammond. 219.989.7979. southshorecva.com. A replica of the train that carried President Abraham Lincoln's body across the U.S. more than 150 years ago will be on display. 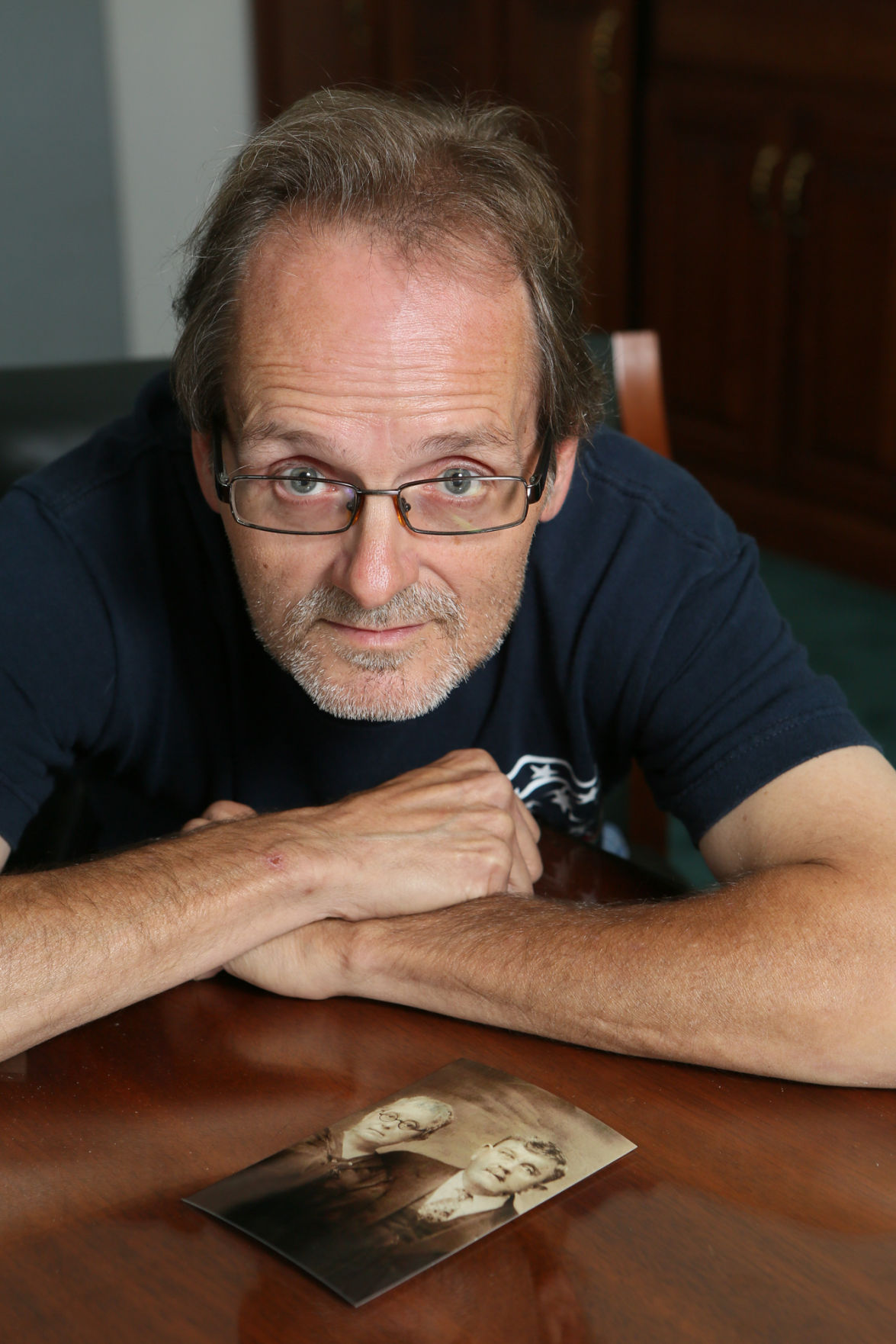 Joe Farmer, a Crown Point resident, is the great-great-great-grandson of William F. Bickes, a man who who had a hand in foiling the plot to steal Abraham Lincoln's body. 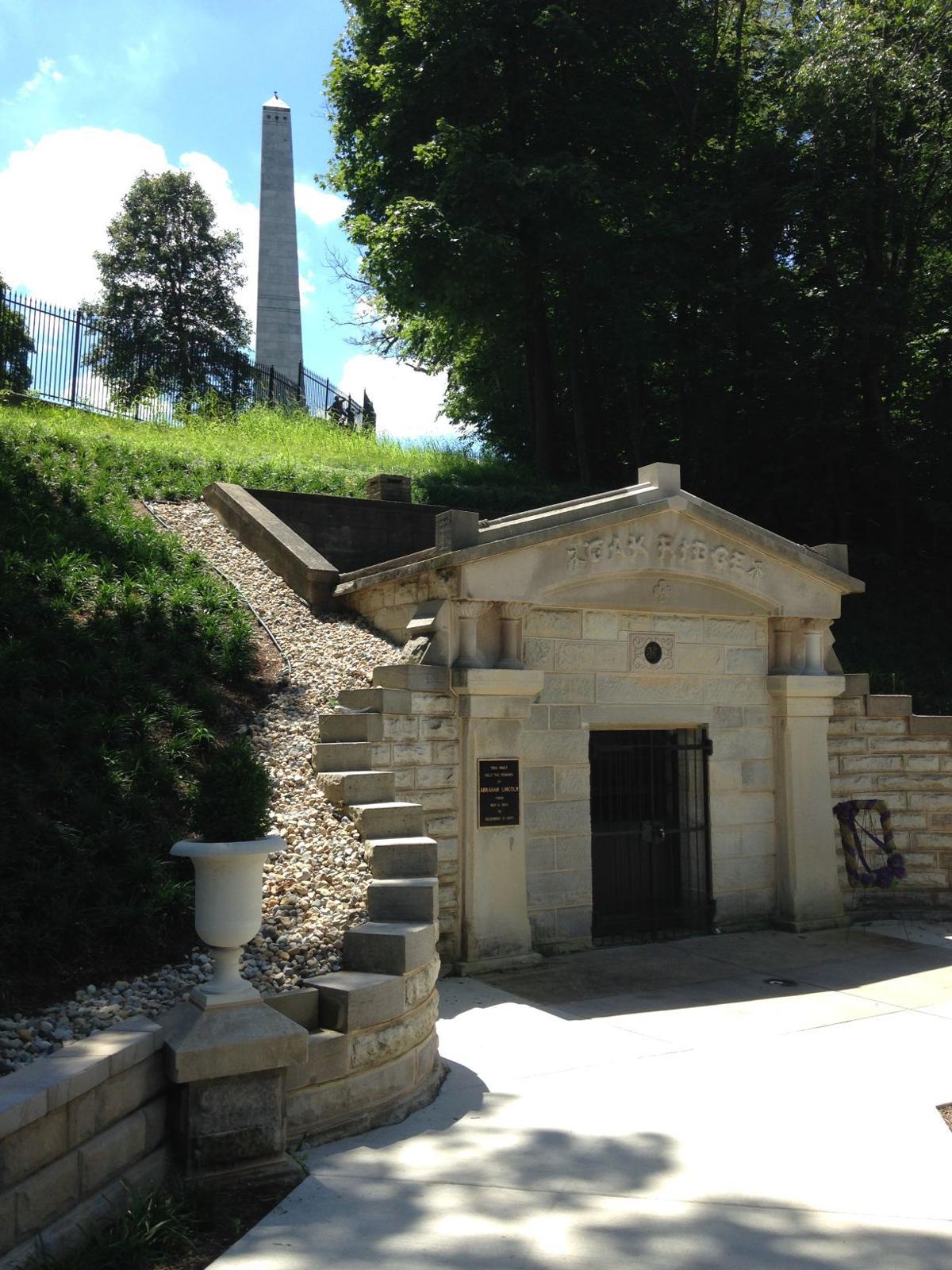 President Abraham Lincoln's tomb is in Oak Ridge Cemetery in Springfield, Ill. This is the temporary receiving vault where the 16th president's body was kept when thieves attempted to steal it. 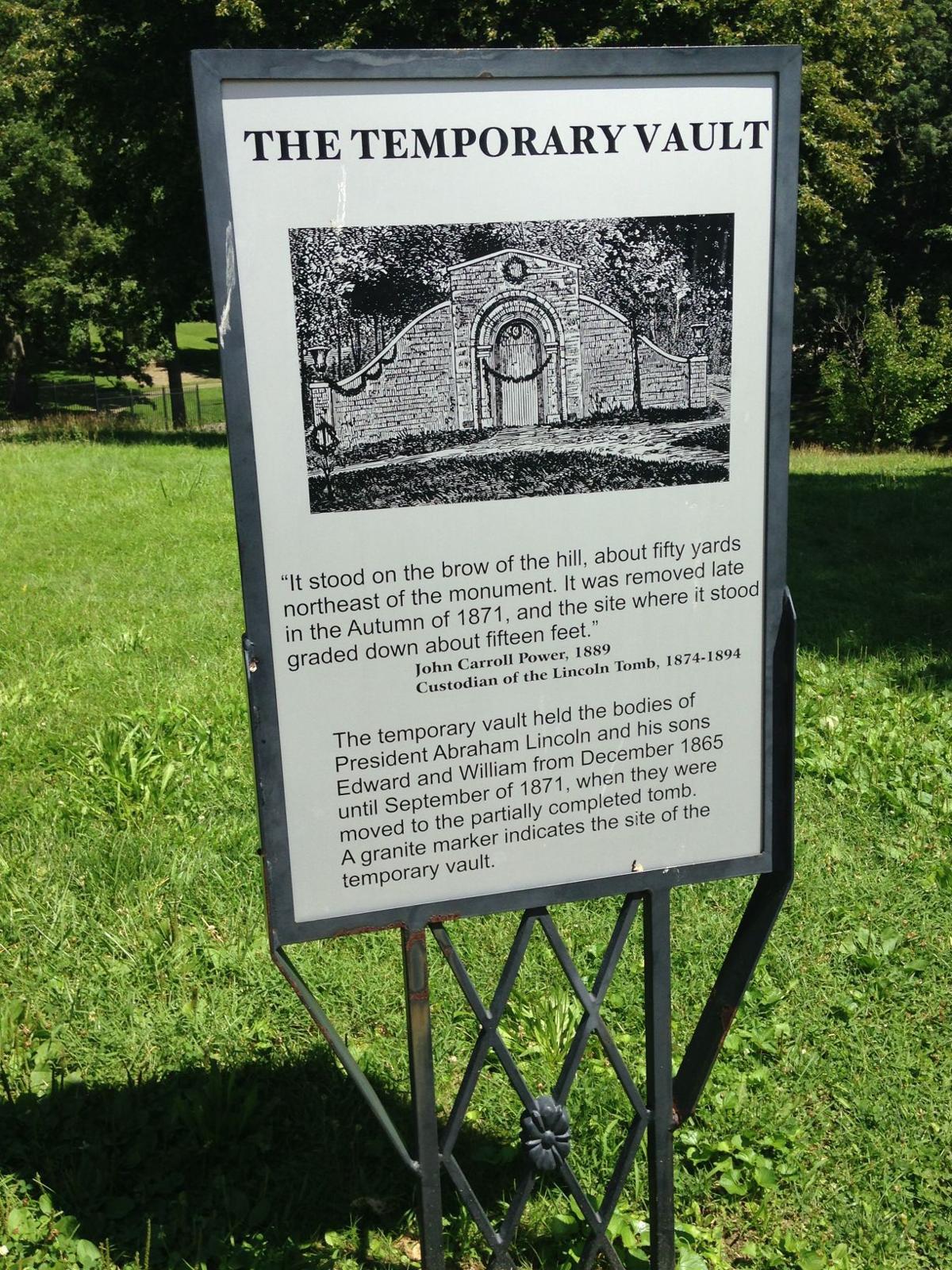 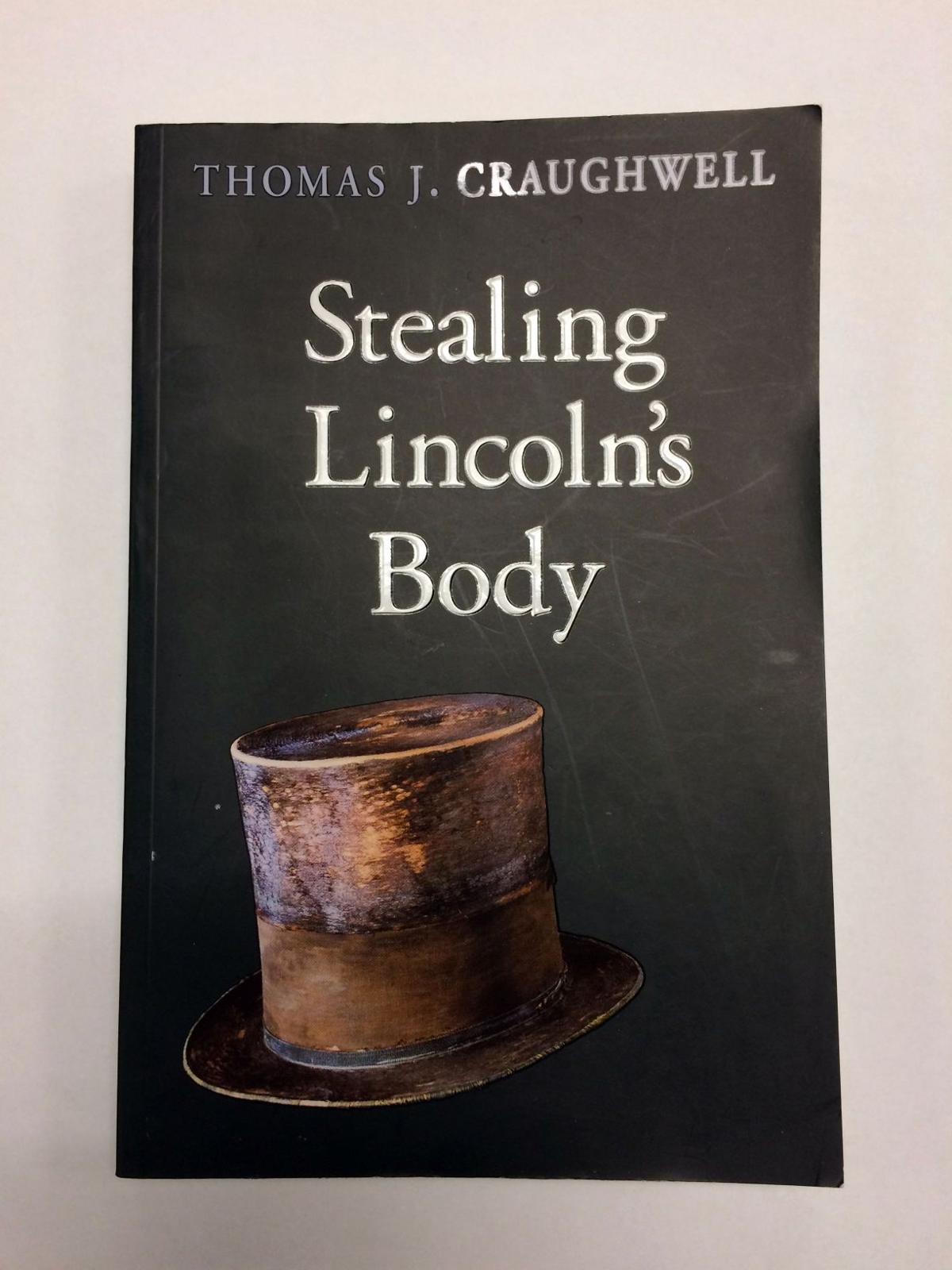 CROWN POINT | The arrival of the replica of Abraham Lincoln's funeral train is a reminder to Joe Farmer of a little-known episodes involving the martyred president: The plot to steal Lincoln's body.

Bickes' name does not appear in the history books but he helped foil a plot to hold Lincoln's body until a man was released from prison.

The group of counterfeiters wanted to bury Lincoln's body in the Indiana Dunes until the release of their master counterfeiter cohort.

Farmer said his interest in his family's unusual connection to Lincoln started when he was in the fifth or sixth grade.

"Every time I had to do a report for school, I'd do it on Lincoln," he said. "It was something embedded in me. I felt I had something in common with Abraham Lincoln."

He attributed his interest in Lincoln to his mother, who passed on the stories from her mother and grandmother.

Farmer said Bickes was "big in Springfield politics" and, according to family history, was commissioned a fire marshal during the Civil War.

Bickes marched in the funeral procession when Lincoln's body arrived in Springfield for burial. Lincoln was entombed at Oak Ridge Cemetery in Springfield.

James Cornelius, curator of the Abraham Lincoln Presidential Library and Museum in Springfield, directories of the 1870s list Bickes as the sexton at the cemetery -- a step down from superintendent.

And that's where Bickes intersects with the body snatching plot.

With its chief engraver serving a 10-year prison term, the gang of funny money makers were running low on the bogus bills. They hatched the ill-conceived plot to kidnap Lincoln's body. They planned to cart it 200 miles to the dunes to bury it.

Fortunately, the Pinkertons, a detective agency, had infiltrated the gang and were aware of its plans.

According to Bickes' daughter, Clara Nail, Bickes was working with the Pinkertons and was at the cemetery the night the heist was to take place on Nov. 7, 1876.

It was Election Night, and the gang figured everyone's attention would be on the tightly contested race between Benjamin Harrison and Samuel Tilden.

The Pinkertons' infiltrator was supposed to give the high sign when the gang was in the tomb, but things didn't go quite as planned. Instead, according to an article in the Waukegan News Sun in 1952 about Nail, a cemetery worker heard the gang and notified Bickes.

The Pinkertons hid behind Lincoln statues, but, before they could move in on the plotters, one of the Pinkertons "accidentally snapped the cap on his pistol," according to the article, which alerted the gang.

Cornelius said one of the officers shot at what he thought was a gang member but was actually another officer approaching on the dark, moonless night.

The shot alerted the gang, which fled without the body, although they had managed to remove the cover from Lincoln's crypt and lift out the iron casket.

The gang was captured within 10 days, but the laws of the day meant they were charged only with what amounted to the theft of government property. They served a year in jail.

Farmer said the Robert Lincoln, the couple's son, appreciative enough that he allowed Nail to take any item from his mother's belongings that she wanted as a souvenir. The family chose a glass inkwell, which remains in their possession today.

The Lincoln funeral train exhibit is open from 10 a.m. to 7 p.m. through Sunday at the Indiana Welcome Center, 7770 Corrine Drive, Hammond.

Laughing. Was it the very last thing Abraham Lincoln did while conscious? I wondered about this as I sat in a space that is the preliminary st…

Its smokestack hissed a sigh of mourning from Michigan City to Hessville 150 years ago, ensuring our region would share in the tragedy of an a…

Lincoln funeral train reforged in the fires of history

Editor's note: A version of this article was originally published in The State Journal-Register in Springfield, Ill., on Feb. 14, detailing th…

CHICAGO | Though Hammond is the only planned Chicagoland stop of the Lincoln funeral train replica in 2015, the Windy City is thick with conne…

The full-size replica of President Lincoln's historic Funeral Train will be on display at the Indiana Welcome Center, 7770 Corinne Drive, Hamm…

The Leonids meteor shower occurs when the Earth passes through the debris left by the comet Tempel-Tuttle. It will peak Saturday. Conway Obser…

Still time for fall fun in Whiting, cranes in Medaryville

This is the month to honor our heroes

Each year veterans are honored in different ways on Veterans Day - discounts, parades and more. Take part in some of the activities scheduled …

Free tickets available to veterans for "A Lifetime of Showbiz"

Veterans may pick up a free ticket for Wednesday's special Veterans Day event "A Lifetime of Showbiz" at Albert's Diamond Jewelers in Schererville.

View perfectly timed photographs from Ansel Adams at the South Shore Arts gallery inside the Center for Visual and Performing Arts, 1040 Ridge…

St. Joseph College in Rensselaer will host its inaugural Thanksgiving Basketball Classic on Friday and Saturday. Women’s teams will face off a…

Get in Christmas spirit with NWI events

Kick off the holidays with your family at "A Major Event" on Saturday at the Indiana Welcome Center, 7770 Corinne Drive, Hammond. Live enterta…

Parents and children can compete in Oh Fuuudge! Relay Race

Join the fun and compete in the annual Mommy's Little Piggy Eating Contest to see who can consume the most mashed potatoes for prizes. Held in…

Visit the man in the red suit on Santa’s Mountain

A trip to the Indiana Welcome Center, 7770 Corinne Drive, Hammond, during the “A Christmas Story” Comes Home exhibit isn’t complete without a …

Northwest Indiana will ring in the new year

Bring the kids to the Deep River Waterpark Skating Plaza in Merrillville to ring in the New Year with Paddles, the park mascot. A kid's toast …

Take the family to local park for winter fun

If Mother Nature continues to cooperate with more snow — don’t forget to grab the sleds or cross-country skis and enjoy some time outdoors. Vi…

Build your own hot cocoa at the Dunes Geocache Adventure

Grab your GPS device and join this year's Geocache Adventure at the Indiana Dunes State Park: A Hot Cocoa Affair. Registration starts at 11 a.…

Buy one get one admission offered at Dillinger museum

Follow the life and times of Depression Era gangsters, including Public Enemy No. 1, John Dillinger, and the rise of the FBI at the John Dilli…

Celebrate National Get Outdoors Day on Saturday by visiting the region’s national, state, county or local parks. This is the perfect time to h…

Hitchcock's 'The 39 Steps' comes to Munster

Tickets are available for Hitchcock's "The 39 Steps." This thrilling comedy runs from Friday Feb. 19 to March 20 at the Theatre at the Center …

Indiana Challenge gets underway this week

Visit more than 30 participating restaurants to experience prix fixe menus throughout the region at discount prices. Get a variety of meals fr…

Free day at the museum

Visit the John Dillinger Museum inside the historic Lake County Courthouse from 10 a.m. to 5 p.m. Saturday for free admission to celebrate the…

Cruisin' through The Times

Open now through April 28, Cruisin’ through The Times features a colorful display of antique and classic cars, each paired with The Times’ hea…

View and bid on more than 70 child-sized chairs decorated to represent what it means to cherish community’s children. A reception presented by…

Experience the 18th century fur trade with Lake County Parks at the popular Voyageur Rendezvous re-enactment from 10 a.m. to 4 p.m. Saturday a…

View renewed and recycled artworks, talk with the artists and enjoy entertainment and refreshments at the grand opening of Renewing the Region…

Don’t miss the RailCats this summer; home games start Friday at The U.S. Steel Yard in Gary. The fun continues throughout the season with fire…

Taste of the Region and concert

Taltree Arboretum & Gardens will feature tastes of Region restaurants, wineries and breweries from 1 to 5 p.m. Saturday. The “Roots n’ Bre…

Enjoy a range of live musical entertainment at some of the Region’s upcoming festivals. The Newton County Fair brings Dustin Lynch at 8 p.m. T…

Renewing the Region’s featured artist, Jeff Fink will do a live sculpting demonstration complete with blowtorches and iron—creating art from m…

Catch the Northwest Indiana Symphony at 7:30 p.m. Saturday on the corner of Main and Franciscan Street in Crown Point for a Summer Music Festi…

It’s a historical work of art, capturing one of the most monumental events from one of our nation’s most defining eras.

Lincoln Funeral Train Display, Indiana Welcome Center, 7770 Corinne Drive, Hammond. 219.989.7979. southshorecva.com. A replica of the train that carried President Abraham Lincoln's body across the U.S. more than 150 years ago will be on display.

Joe Farmer, a Crown Point resident, is the great-great-great-grandson of William F. Bickes, a man who who had a hand in foiling the plot to steal Abraham Lincoln's body.

President Abraham Lincoln's tomb is in Oak Ridge Cemetery in Springfield, Ill. This is the temporary receiving vault where the 16th president's body was kept when thieves attempted to steal it.