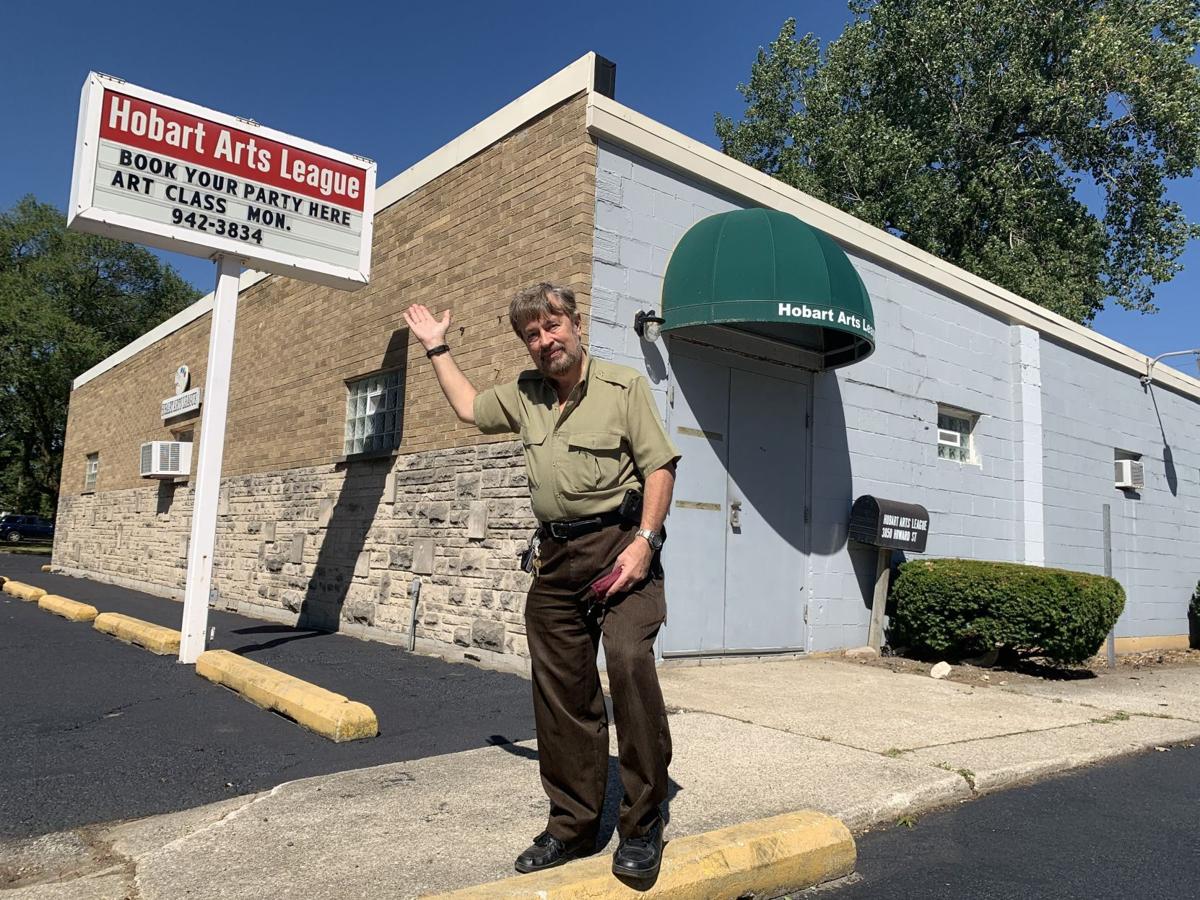 Larry Brechner was vice president of the Hobart Arts League, which had to go out of business because of a lack of funds. 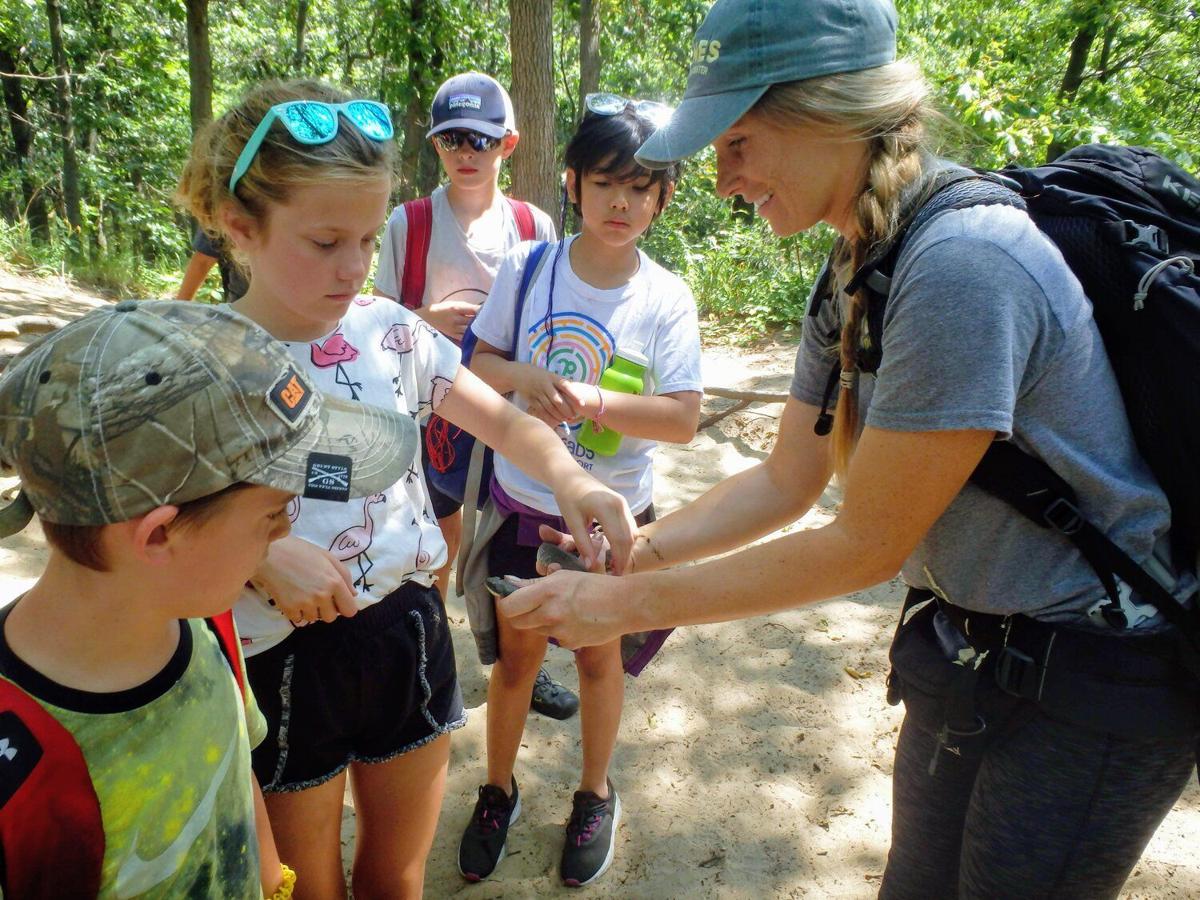 It hasn't been a good year for local nonprofits.

“Many have lost incomes they have counted on from the fundraising events they have had to cancel,” Saxton said.

For 20 years, the Indiana Arts Commission has relied on South Shore Arts to distribute grants in Northwest Indiana, but not this year.

“This year we had a record number of applicants,” South Shore Arts Executive Director John Cain said, after giving out $274,000 last year.

This year, because they’re concerned that so many organizations might fail, or might not execute all the projects the commission is funding, the organizations were given a Friday deadline to answer whether the money would be spent as intended.

“Are you going to fold? Are you going to remain?” Those are tough questions, Cain said. “They’re trying to avoid having to get the money back if these organizations aren’t able to continue,” he said. “It’s scary.”

“Sometimes it’s sort of like getting seasick,” Dunes Learning Center Executive Director Geof Benson said. “Don’t look down, and look far out on the horizon.”

“I don’t know how long organizations can hold out,” Cain said.

For Hobart Arts League, that answer is easy.

Last month, the league gave away its building and went out of businesses.

The building not only served as a gallery for the league’s art exhibits, but also was available for rentals, including parties and a church group. That revenue vanished when the pandemic hit.

“The church group stopped meeting there, and our rentals went away,” Brechner said.

“We just don’t have any money to maintain it,” he said.

The club invested $700 into a new window air conditioner this summer, a heavy drain on dwindling funds.

“We were getting down to hundreds of dollars in our account,” Brechner said. “Our secretary-treasurer was just sort of sweating bullets.”

So the club began exploring ways to dispose of the building.

On Nov. 17, 1992, the Fraternal Order of Police gave the building to the Hobart Arts League, Brechner said.

The Hobart parks department was interested in the building, “but they have no spare money,” he said.

A renter was willing to take over the building and immediately transferred the utilities into his name.

Brechner, a photographer, had joined the organization around 2010 as a means of showing his works to the public.

The Hobart Arts League’s last exhibit was about a year ago. Unlike most galleries, finding someone to host the building for regular exhibit hours had become a problem, so the artworks didn’t get much visibility.

The league was struggling before COVID-19 hit and pulled the rug out from under it.

“We donated it basically for free. So that was the end of the Hobart Arts League,” Brechner said.

COVID-19 might not have the Northwest Indiana Symphony and other musicians playing taps, but it has mostly put them in suspended animation. The virus has hit performing arts groups hard.

Last week, the Theatre at the Center announced it isn’t planning any theater productions this year and through all of 2021.

“They’ve laid off their entire staff,” Cain said. “Because it’s theater, they employee a significant number of people.”

Broadway theaters in New York are dark, too. A college friend who was a producer for “Come From Away” told Cain it will be difficult to open the theaters before a vaccine is available. Not only the seats in the 1920s theaters close together, but there’s a lot of action backstage during shows, including costume changes, that spectators wouldn’t see but that could endanger cast members and others.

Theatre at the Center and South Shore Arts are the two major tenants at the Center for the Visual and Performing Arts on Ridge Road in Munster. Besides the art exhibits and theater productions, the center has hosted corporate events, fundraisers, bar mitzvahs and other events.

“That’s why the building has been successful for 30 years, is it’s been a multipurpose place,” Cain said.

“It was kind of a wonderful way to introduce people to the arts,” he said.

South Shore Arts’ office staff is working at a 20% reduction in pay and hours. The building is now closed on weekends. It reopened on a limited basis in mid-June, with the gallery, gift shop and offices open.

“We closed our branch because it was not safe to bring people in for classes safely,” Cain said.

No symphony performances through end of year

The Northwest Indiana Symphony’s artistic personnel have been furloughed.

The Northwest Indiana Symphony isn’t performing through the end of this year. In December, Cain will discuss possible 2021 performances with conductor Kirk Muspratt and the musicians union. The symphony chorus won’t be a part of any possible winter shows next year, Cain said, because the risk of infection is too great.

Fundraising for South Shore Arts, the Lubeznik Center in Michigan City and the Dunes Learning Center, among others, have shifted to online events instead of galas.

“We’re basically just asking people to support us so we don’t go under, and they are,” Cain said.

“For those that have held events remotely, they have downsized their silent/live auction offerings because travel and sports events are curtailed. The loss of those auction items is a significant loss as they generally bring in higher donations,” Saxton said.

“Arts organizations, particularly theaters and symphony productions, cannot be held, resulting in lost revenue for those venues and the artists who are out of work,” she said

Legacy is encouraging organizations to consider ways to restructure their operations through partnerships or mergers.

The community foundation is offering grants to Lake County not-for-profits to develop and/or institute restructuring or mergers through an online application at www.legacyfdn.org.

The Porter County Community Foundation training for nonprofits has been canceled because in-person meetings are no longer wise, and the foundation’s conference space for nonprofits, which had hosted 350 meetings and events a year, is closed for now, President and CEO Bill Higbie said.

For the nonprofits the foundation assists, the ones dependent on facilities to provide services have struggled with not being able to fulfill their mission in the new era of social distancing, Higbie said.

“Nobody wants to be a ground zero of infection spread because somebody comes into their facility,” he said.

Income from fees and memberships have dropped, and expenses for cleaning and personal protective equipment have gone up.

“You have to find new ways of being efficient,” Higbie said.

“I hope everybody can survive.”

Dunes Learning Center offers campers an opportunity to experience the outdoors in person at its campground. Or rather, it did until the pandemic hit hard in mid-March.

“We ended up pivoting,” Benson said.

Fortunately, a grant from the National Park Service and ArcelorMittal a few years ago put the center in a good position for change. The grant paid for a fiber-optic line and high-speed internet access in an area where broadband had been spotty at best.

“We were able to spin on a dime and get online content up,” Benson said. That includes garden videos, journaling and other material.

“We decided to do summer camp in a box,” he said, and it has been well received.

For International Frog Day, two staff members went out in the rain, looking for frogs. They found a spring peeper and received accolades.

A mother wrote the center to say her daughter was inspired by the frog video to go spend time outside looking for them, both in their yard and at a nearby park.

“It was warming to us, because that’s what we do, to inspire people to go outside and learn,” Benson said.

“We are doing our best to keep our relevance and working with clients going,” Benson said.

Once the campground reopens, the material being put online now will be useful in preparing students for upcoming visits and for following up afterward, he said.

“We are making lemonade out of lemons — or trying to.”

“I think we’re all getting sick of pivoting — parents, teachers, everybody,” Benson said.

The music plays on: NISO musicians continue to perfect craft while at home

As many other arts organizations did, the Northwest Indiana Symphony Orchestra had a robust schedule of shows planned for this season. But due…

Dunes Learning Center is offering a variety of online content during the COVID-19 pandemic.

Joe Rauen will present a concert Aug. 1 at Marshall J. Gardner Center for the Arts in Gary and Aug. 22 at The Art Barn in Valparaiso where he'll play the whimsical instrument.

One of the summer's most popular arts festivals in Northwest Indiana won't take place this year because of the coronavirus pandemic.

Larry Brechner was vice president of the Hobart Arts League, which had to go out of business because of a lack of funds.