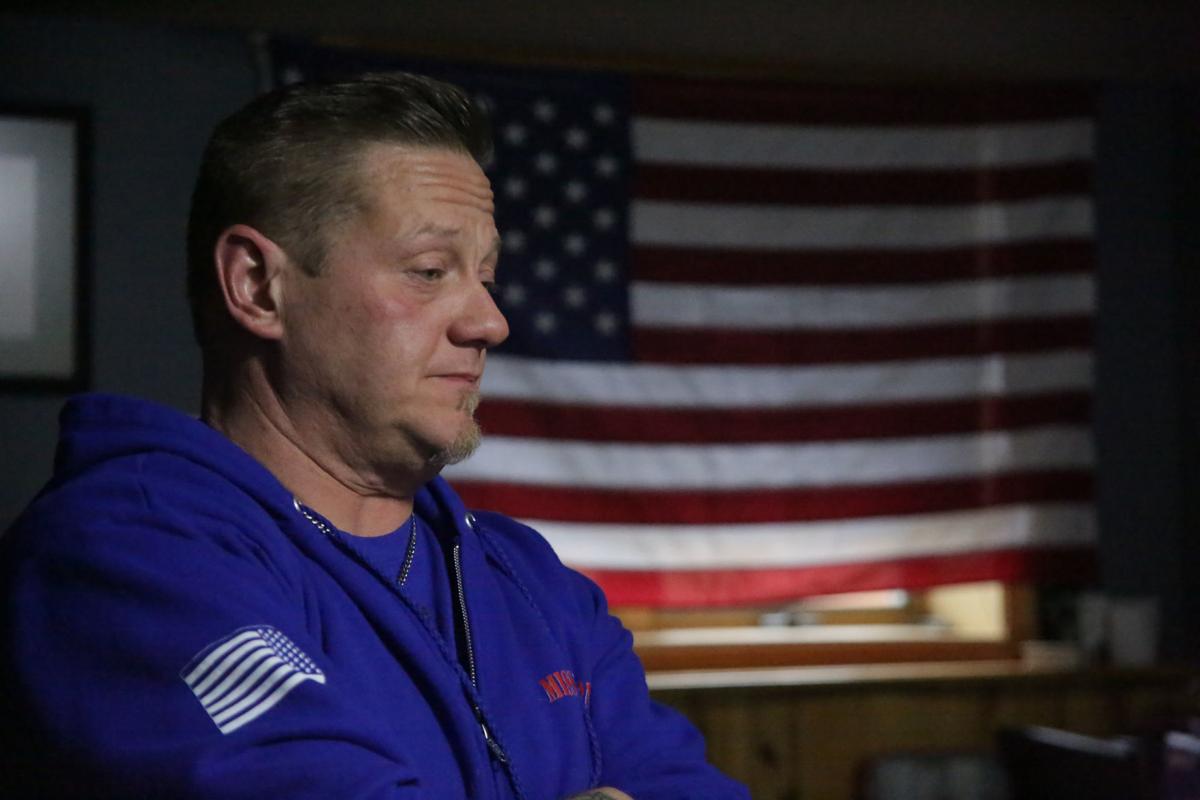 John Boersma talks about his respect for veterans and his desire to help. Boersma runs Mission One, a nonprofit that helps local veterans. Mission One collects donations of personal care products, clothes and more and then distributes them to veterans in need. 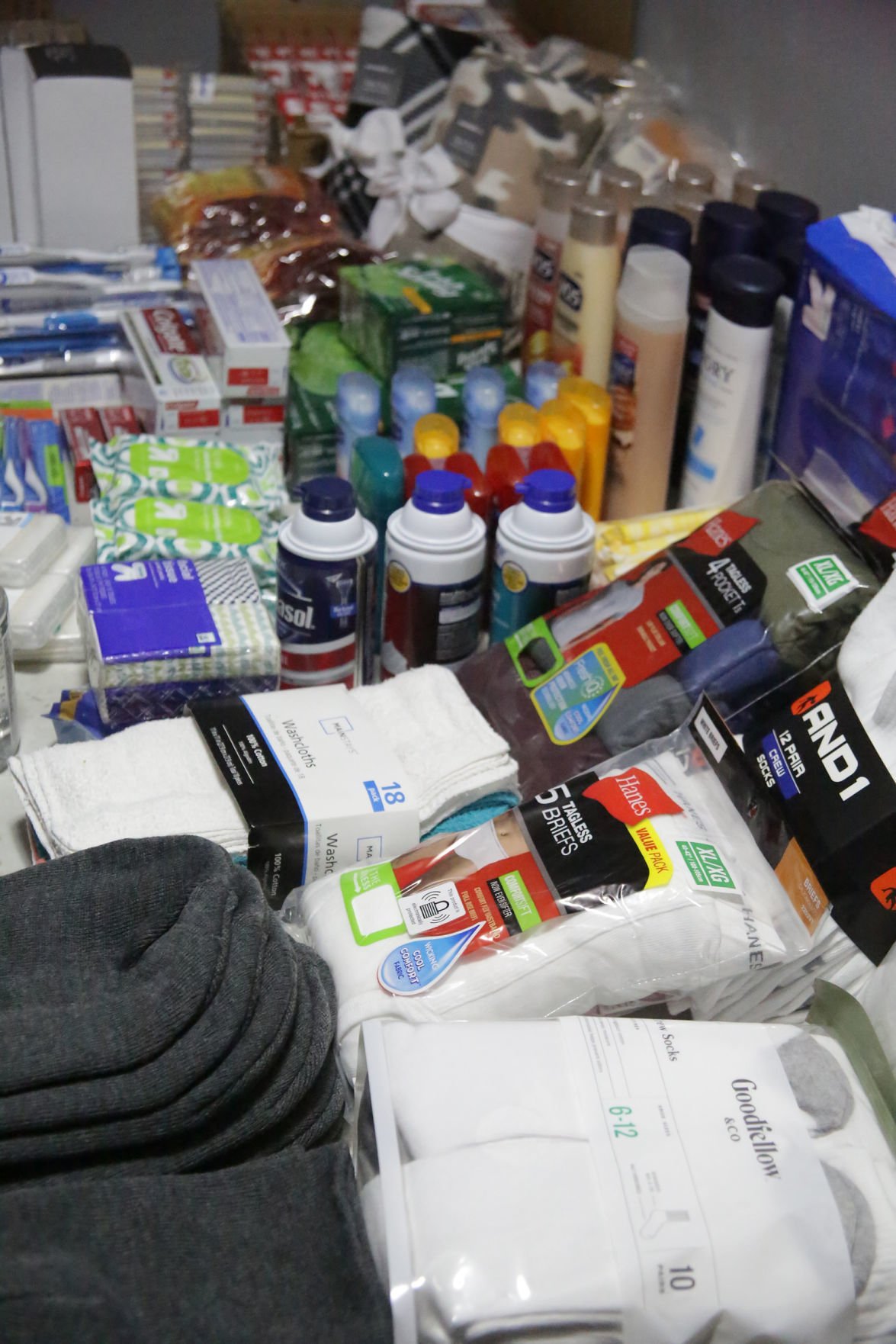 John Boersma currently collects and stores the donations in his St. John home. Boersma runs Mission One, a nonprofit that helps local veterans. Mission One collects donations of personal care products, clothes and more and then distributes them to veterans in need. 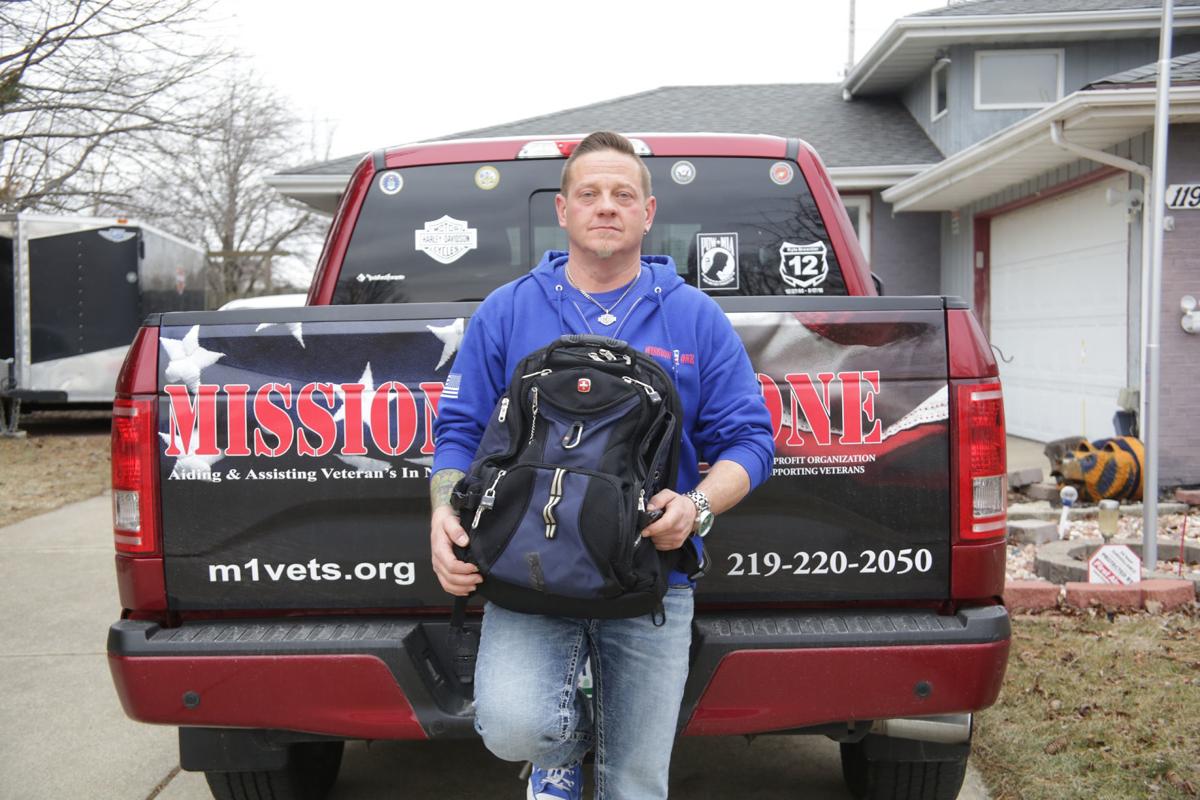 ST. JOHN — If homeless veterans were given a choice of money, food, drugs or alcohol, what would they choose? Johnny Boersma wanted to know.

Clean socks and shirts, they told the president and CEO of Mission One, a nonprofit organization committed to helping veterans in need statewide.

"Every day they get do so something as simple as change their socks, it makes them feel better," Boersma said. "To me, that was big."

Founded in 2018, the charity does everything from providing basic needs like hygiene products and clothes to cooking dinners and giving car rides to veterans. The Mission One board, which is made up of civilians and veterans, also regularly visits and volunteers for other organizations that support veterans.

“If we can provide it, we will," Boersma said. "That’s the goal. It’s about being a team member. If they need something as simple as someone to talk to, I’m just a call away.”

Boersma comes from a strong military family. His grandfather, uncle and cousin were in the military and his father served as a sniper in the U.S. Marine Corps during the Vietnam War.

“It’s been in my blood my whole life,” Boersma said, remembering the times he accompanied his father to Vietnam Veterans of America (VVA) meetings. “Watching all these big tough guys cry, I’m like, ‘Whoa.’ It was powerful when they got together. That’s what inspired me and kept me going.”

Though he never served in the military, Boersma — who is trained in suicide prevention — said he has always felt a commitment to serve the men and women who have.

“I was full force talking to a Marine recruiter and one signature away, but my dad begged me not to go through what he did at the time," Boersma said. "Coming back as a Vietnam vet, he was treated like garbage and actually spit on. He didn't want me to be subject to that. So I honored his wishes. Do I regret it? Absolutely. But, in a way, I am honoring him with this, with running Mission One."

From coats to backpacks

Mission One got its big start after a successful holiday coat drive.

While there, he was approached by a teary-eyed veteran who had overcome homelessness. He gave Boersma a hug and a simple “thank you.”

“I touched this guy’s life and the coats weren’t even for him,” he said.

That’s why Boersma does what he does.

“Veterans need to know their worth and a lot of them don’t," he said. "It’s hard to explain, but they deserve to feel whole and not like a worthless piece of garbage. People will ask, ‘Well, why are they homeless?’ You don’t know what they’ve been through. You don’t know their circumstances.

“The government teaches you how to kill and fight and then they just let you go. They don’t always teach you how to transition back. These vets are lost and they need direction. We need to help make that happen.”

This year, Mission One is making that happen through backpacks. The organization is working to raise $1,000 to supply 200 backpacks this Christmas to homeless veterans in shelters across the state.

Each backpack is specialized for male and female veterans. They contain newly packaged socks, underwear, T-shirts, blankets and hygiene products including shampoo, razors and toothbrushes.

“I’m really thinking about a guy shaving," Boersma said. "He cleans up and just happens to walk and look in the mirror. Just that small action might inspire him to get up and do something. Because these homeless veterans can get the housing, they can get help that’s out there. They’re just so down they give up. I don’t want to let them give up. If these backpacks can help change one person's life, then it's worth it to me.”

Those interested in donating items to Mission One for the backpack drive can drop off supplies at Operation Combat Bike Saver, American Legion Post 261 in Cedar Lake or Apex Construction in Highland. Mission One will also pick up supplies, Boersma said.

Riding for the vets

The event will begin with a police-escorted bike ride at 11:30 a.m. Registration begins at 9 a.m. The cost is $25 per rider and $10 per passenger with all veteran riders receiving a special discount. Admission for non-riders is $10 for adults and $5 for kids.

The ride, which will last roughly two hours, will include pit stops at different organizations and disabled veterans' homes in the Region, Boersma said. It will end back at the Legion post.

The daylong event will feature a military salute by the U.S. Marine Corps Color Guard, bounce houses, raffles and a barbecue hog roast with drinks. There will also be live music performances by Ashley Victoria, Nate Venturelli and the Jukebox Heroes.

Mission One will also be accepting backpacks and other donated supplies throughout the day.

"We're giving back to those who sacrificed," Boersma said. "They risked everything, including the ultimate sacrifice. That is why I do what I do. Because of that, and that only."

Those interested in supporting and learning more about Mission One can visit www.m1vets.org.

HOBART — Howard W. Popp thought he was just being taken to a party to celebrate his recent 94th birthday. But what the World War II veteran re…

VALPARAISO — John Papka is a man of service.

HIGHLAND — Having given years of their lives for their country, some veterans gave back to their local communities.

CHICAGO — Veterans of the Vietnam War were honored and thanked during a ceremony at Jesse Brown Veteran's Health Care System in Chicago.

Serving those who served: Veteran-owned cafe provides funding, jobs to vets in need

MERRILLVILLE – “This is it,” Brian Cody thought as he sat hopeless on his brother’s basement sofa.

The St. John resident has dedicated years of his life to helping men and women who have served. Now, Johnny Boersma is embarking on a quest to honor fallen Hoosier heroes with a memorial at Veterans Civic Park.

Mission One gears up for third Veterans of Valor event

The event, to be held at Bulldog Park, includes a bike run, a concert, games, a bounce house for children, raffles, food from Mission BBQ, alcoholic beverages, a fireworks show and a vehicle donation.

John Boersma talks about his respect for veterans and his desire to help. Boersma runs Mission One, a nonprofit that helps local veterans. Mission One collects donations of personal care products, clothes and more and then distributes them to veterans in need.

John Boersma currently collects and stores the donations in his St. John home. Boersma runs Mission One, a nonprofit that helps local veterans. Mission One collects donations of personal care products, clothes and more and then distributes them to veterans in need.