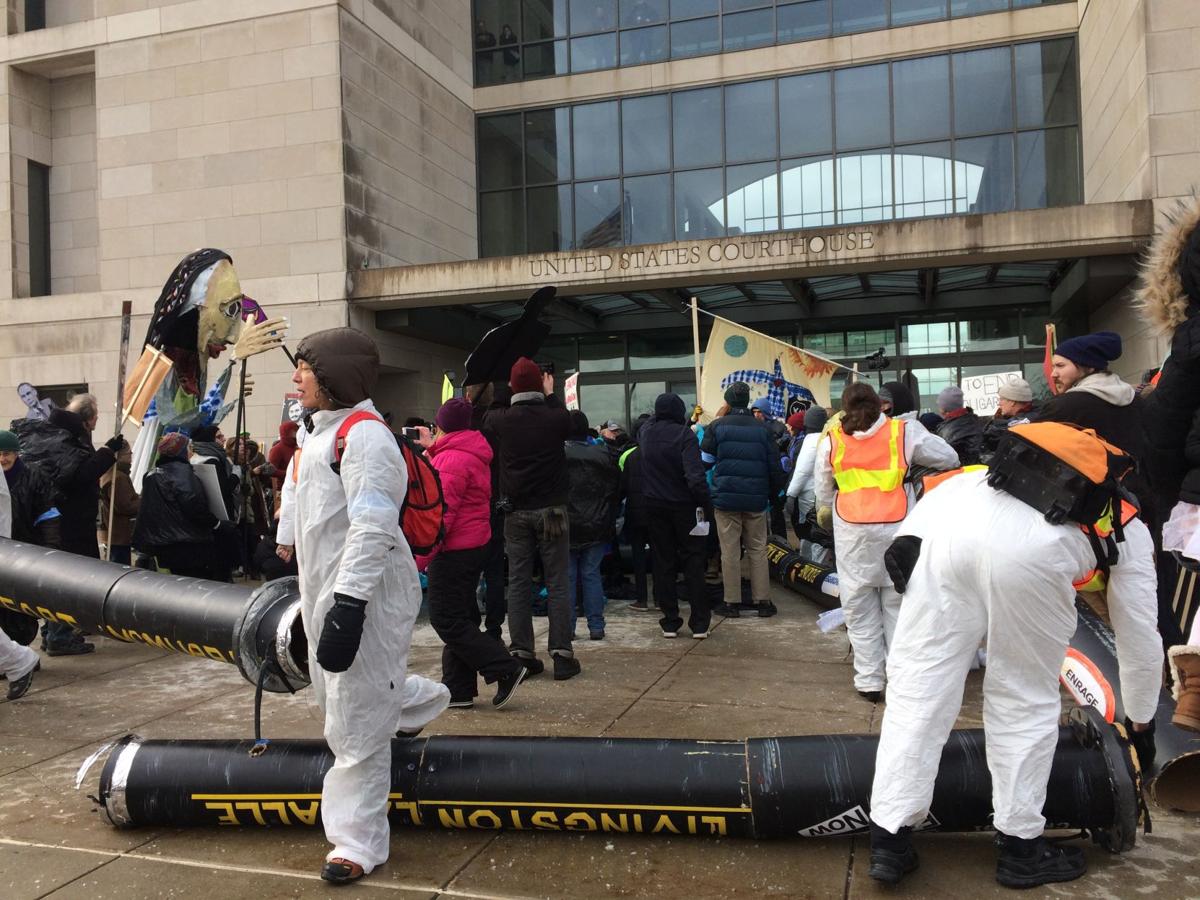 Environmental activists gather Friday outside the federal building in Hammond. 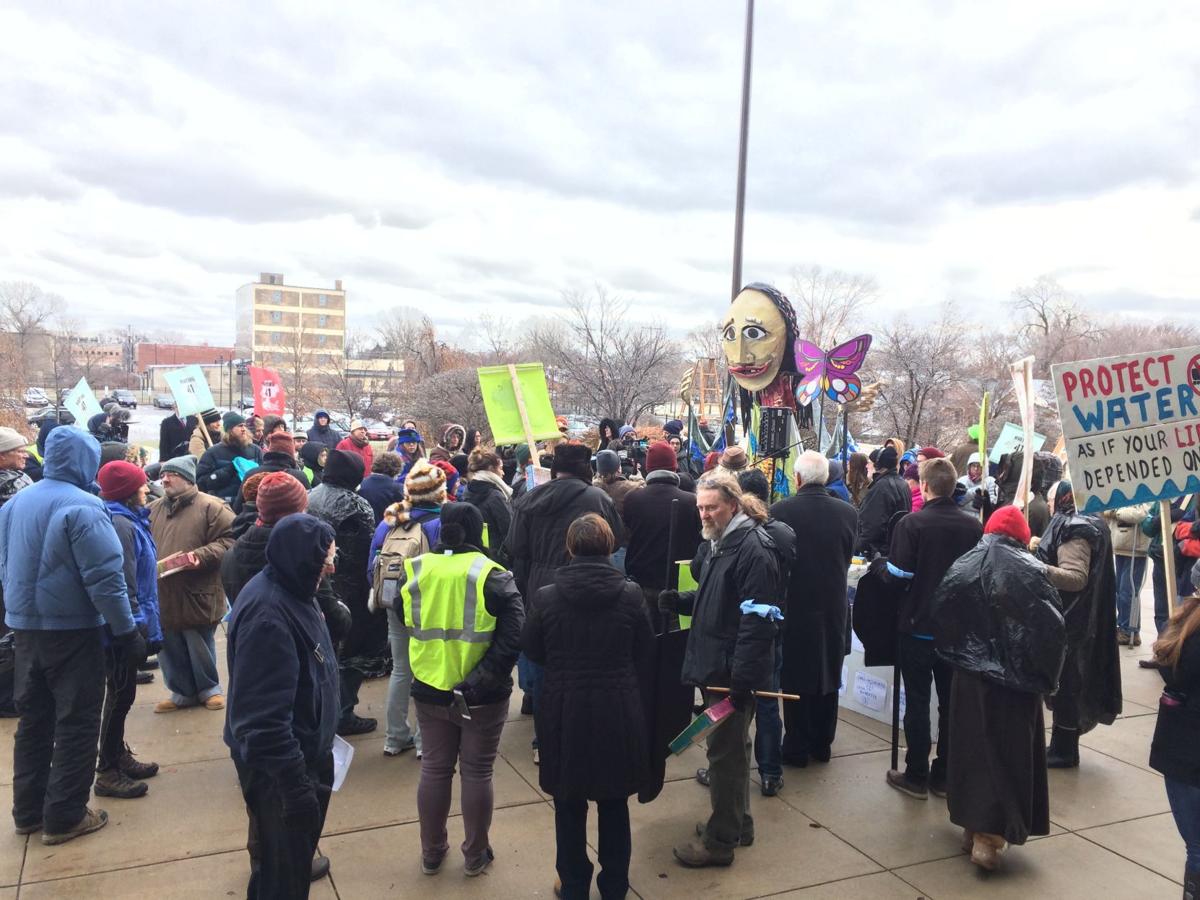 Protesters gather Friday outside the federal building in Hammond after delivering a letter to a member of Sen. Joe Donnelly's staff. The group wants Donnelly to work to block confirmation of President-elect Donald Trump's nominees for EPA administrator, secretary of State, secretary of Energy and secretary of interior.

HAMMOND — Dozens of people arrested last May outside the BP Whiting Refinery emerged Friday from Lake Superior Court to cheers from fellow environmental activists and immediately joined another protest that took them to the steps of the federal building.

The activists marched several blocks to deliver a letter from 350 Indiana-Calumet, 350 Indiana-Bloomington and their allies to Sen. Joe Donnelly's office in Hammond.

The letter asks the senator to work to block many of President-elect Donald Trump's Cabinet picks.

A spokesman for Donnelly issued the following statement on behalf of the senator: "Climate change is a serious issue, and I am committed to developing smart policies that protect our environment while also ensuring an economic climate that promotes job creation. I am in the process of carefully reviewing the records and qualifications of each of these nominees."

East Chicago "is in the throes of an environmental disaster," and Mike Pence — Indiana's former governor and now vice president-elect — has been a no-show, they said.

That pronouncement was met with a cry of "failure!" as the group's letter was read aloud.

Before marching to the U.S. District Courthouse, the group began with speeches by several people.

John Halstead, a Merrillville attorney, said a shift to cleaner energy sources that is fair to all people offers the best hope for an environmentally and economically sustainable future.

Sheilah Garland, a political organizer for National Nurses United who has participated in meetings about East Chicago's lead crisis, told those assembled a resistance movement is growing.

"It's a moral fight, and we have the moral high ground to win," she said.

The 41 people arrested in May during the Break Free from Fossil Fuels protest at the BP Refinery entered into a pretrial agreement Friday, defense attorney Roy Domiguez said. Charges will be dismissed if they commit no new offenses during the next 180 days.

The activists' First Amendment rights to protest and assemble were not affected, though Domiguez has advised them to avoid arrest during the 180 days.

Speakers encouraged the group to attend an #Earth2Trump event from 6:30 to 8 p.m. Sunday at the Segundo Ruiz Belvis Cultural Center, 4046 W. Armitage Ave., in Chicago. The event is billed as a roadshow "to empower defenders of civil rights and the environment" to resist the Trump agenda.

Activists highlight what they call environmental risks, injustices during Walk the Line rally

HAMMOND — Highland resident Sue Eleuterio often rides a bicycle around the Region, but until recently she had not noticed signs showing oil pi…

Environmental activists gather Friday outside the federal building in Hammond.

Protesters gather Friday outside the federal building in Hammond after delivering a letter to a member of Sen. Joe Donnelly's staff. The group wants Donnelly to work to block confirmation of President-elect Donald Trump's nominees for EPA administrator, secretary of State, secretary of Energy and secretary of interior.