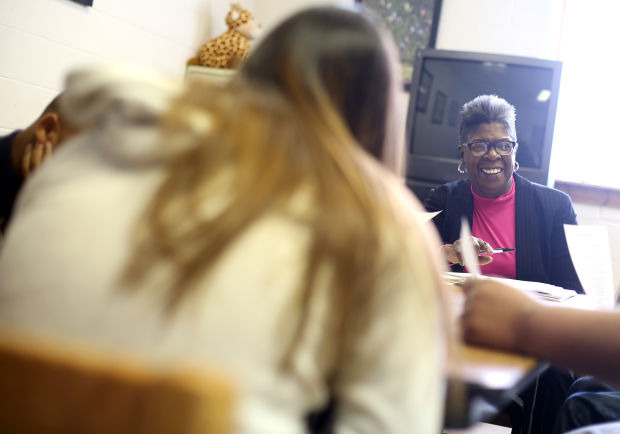 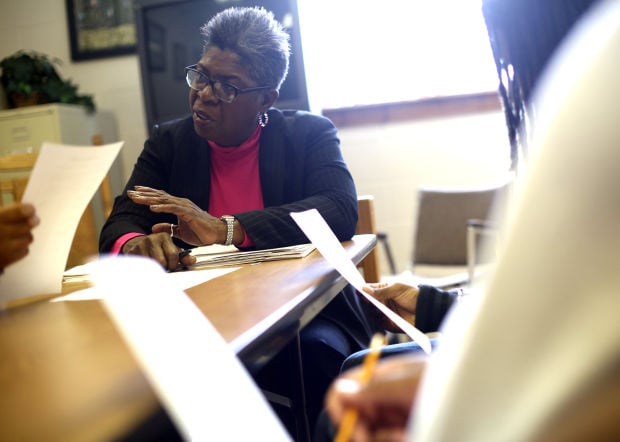 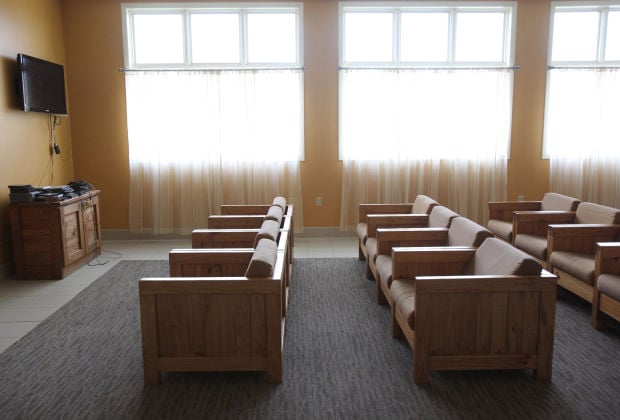 The boy's recreation and television room at the Crisis Center in Gary. 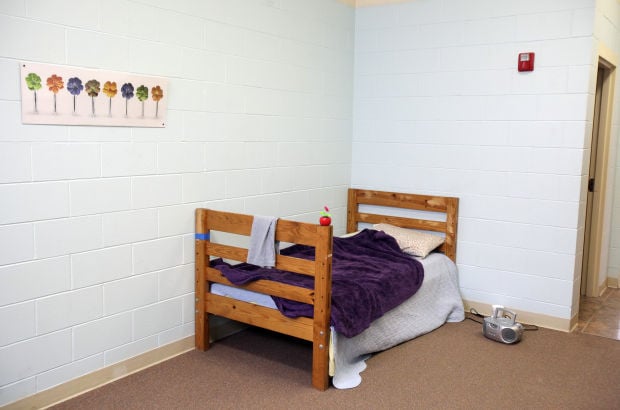 A teenage girl's bed sits in a dorm room at the Crisis Center in Gary. 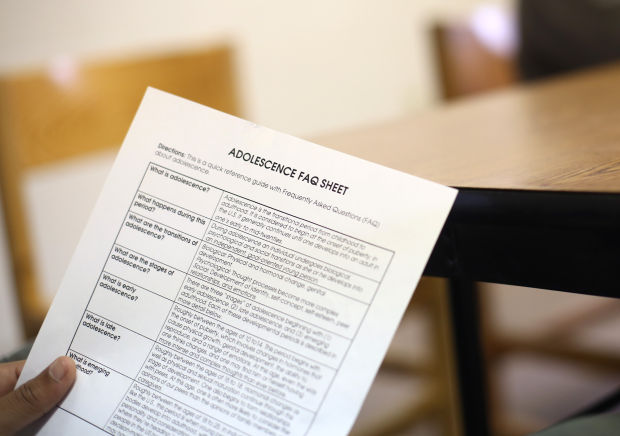 Region schools face an ongoing challenge providing an education and other social services to homeless students.

More than 1 million U.S. children are homeless each year. In Indiana, 17,000 children and teens experience being homeless every year.

The instability homeless children experience as they move frequently among the homes of family and friends or shelters makes it difficult for them to have a place to do homework or even attend school regularly, according to the Indiana Department of Education.

To further complicate matters, students can have a difficult time enrolling in school due to a lack of immunization or birth records, school transcripts, or lack of a permanent address. Children who experience delays getting into school or frequent absences often fall behind quickly, making educating them more challenging, according to the IDOE.

People who do not own their own home are highly mobile, moving as many as 12 times as often as homeowners. In addition, domestic violence touches as many as 63 percent of homeless parents.

After receiving reports that up to 50 percent of homeless children were not attending school, Congress in 1987 established the McKinney-Vento Homeless Assistance Act. It provides states with funding, distributed to eligible school districts, to ensure the enrollment, attendance and success of homeless children and youths in school.

Lake Ridge schools Superintendent Sharon Johnson-Shirley said it can be tough to identify whether a student is homeless. The district's homeless program coordinator Sandi Sweeney said the data is difficult to collect, because many families do not report homelessness to the schools.

"We know the numbers are underreported, because many families don't consider themselves homeless if they have a place to stay," Sweeney said.

"However, according to the McKinney-Vento Act, families are considered homeless if they are 'doubled-up,' " that is, if more than one family occupies a home or apartment.

Sweeney said the law is specific in what schools must provide, including items like textbook assistance, free lunch, transportation and tutoring. She said school districts also provide referrals to appropriate agencies for assistance.

"No child will receive less of an education because of the situation. Lake Ridge provides necessary supports to our families as needed on a case-by-case basis," Sweeney said.

She estimated there are 63 homeless children enrolled in Lake Ridge Schools to date.

Lake Station Superintendent Dan DeHaven said there was a family in Lake Station that had problems as a result of domestic issues and was living in the car.

"We supported the mother financially as she drove her kids to and from school. We paid her mileage for a couple of years. We were lenient with the tardy/attendance policy, because they were under a great deal of stress," DeHaven said. "Her situation has improved, and we no long have to support them financially."

The Crisis Center operates an emergency shelter for up to 20 children ages 10 to 18 for a maximum of 20 days. Last year, the center assisted 220 youths who were homeless or runaways. Most of those young people were in their teens, with two 12-year-olds. It has 16 children right now, but the number changes daily, Caylor said.

"They generally have left home because of some situation," Caylor said.

"Sometimes, they talk about their parents' drug abuse or another chaotic situation that caused them to leave. We attempt to find a family member who can take them in. If that doesn't happen, we make a referral to the Indiana Department of Child Services.

"Our goal is to help the young people have a safe place to live and to keep their education intact, and we transport them to and from school. Education is crucial to their later success in life, and often they don't have the parental support. We get kids from all income levels," Caylor said.

The St. Joseph's Carmelite Home is another agency that shelters teens, administered by Sister Maria Giuseppe. Now the home — the oldest Carmelite home still open in the United States — serves approximately 65 children, ages newborn to 18, on the same East Chicago street where it began 100 years ago. It has grown over the years, starting new programs that provide care for teenage mothers and their babies and emergency shelter services.

He said his staff gets referrals from the school district. "It's usually the teacher who notices a kid who doesn't look well, maybe tired or distracted," Clancy said. "The teachers are good at identifying these things, or the child may tell the teacher they have been sleeping in the car."

Once notified, the department does an extensive background check, Clancy said, adding that sometimes the situation doesn't check out as homeless. At other times, the agency may find there is mental illness involved, a single mother who can't pay the rent or people who have lost their jobs, he said.

Rena Whitten, Thornton Fractional Township High School District 215 director of student services, estimated that of the 3,500 students in grades nine through 12, about 100 have been identified as homeless. The Illinois district is 72 percent low-income.

"These students face challenges in not coming to school prepared for school and with school supplies," Whitten said. "Sometimes, they are embarrassed. There may be social and emotional issues. What's going on at home may affect their ability in school."

When is a young person deemed homeless?

- doubled-up with family or friends due to economic conditions;

- motels and hotels for lack of other suitable housing;

- runaway and "throwaway" children and youth;

- homes for unwed or expectant mothers who lack somewhere to live;

- public places not meant for housing;

- cars, trailers and campgrounds; and

- awaiting foster care or migratory children staying in housing not fit for habitation.

The link below is prepared by the National Center for Homeless Education in partnership with the U.S. Department of Education, providing additional guidance for developing and fostering the relationship between Title I and McKinney-Vento programs.

Special report: the price of poverty

The top 10 stories and online elements make up The Times of Northwest Indiana's entry for the Lee Enterprises President's Award for News. Belo…

Federal poverty threshold guidelines say that a single person who makes $11,670 or less annually and a family of four who makes $23,850 or les…

A series of programs instituted more than 50 years ago has driven the unemployment rate down significantly since 1959, although Indiana's curr…

Gallery: Homeless around the Region

Members of the Continuum of Care/Regional Planning Council conducted their annual Homeless Census count in January.

This interactive infographic provides a deeper look at poverty in Northwest Indiana and beyond.

The Price of Poverty

Read more: The Price of Poverty

Bicycle and pedestrian bridges are slowly populating the region, changing the look of some neighborhoods and inviting outdoor types to try out…

The boy's recreation and television room at the Crisis Center in Gary.

A teenage girl's bed sits in a dorm room at the Crisis Center in Gary.