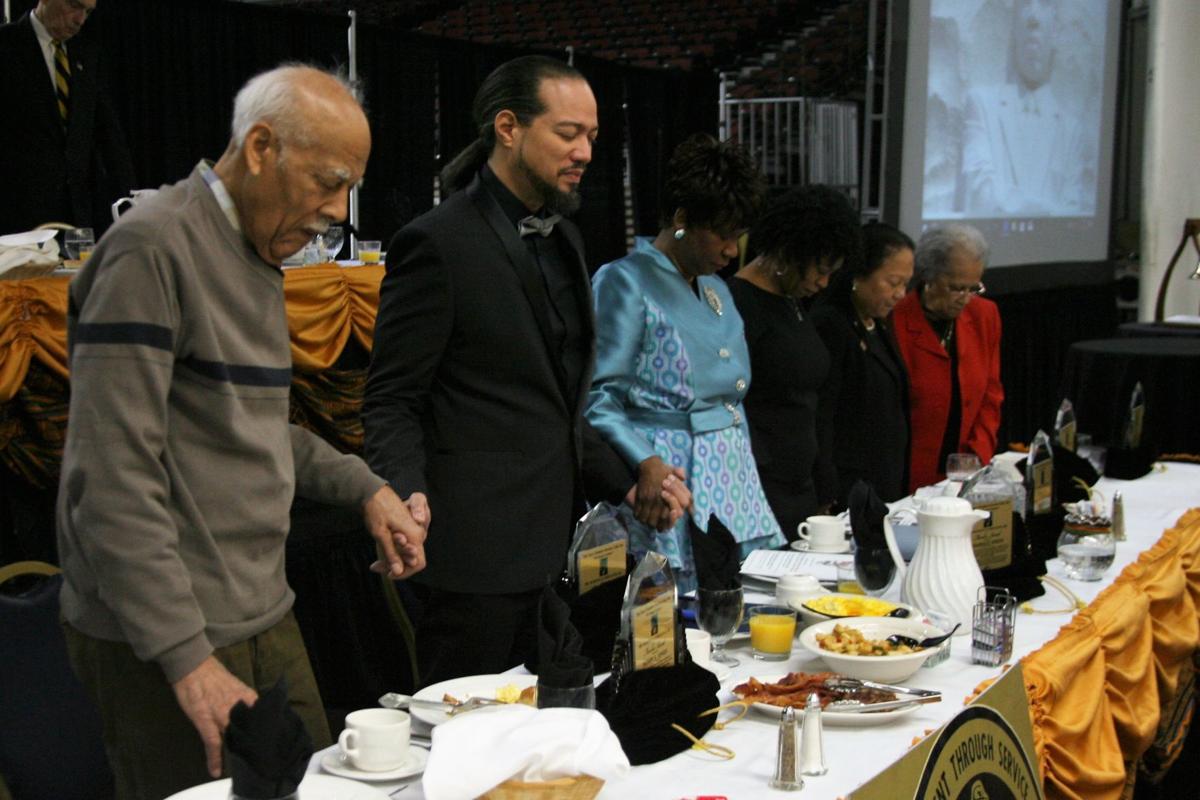 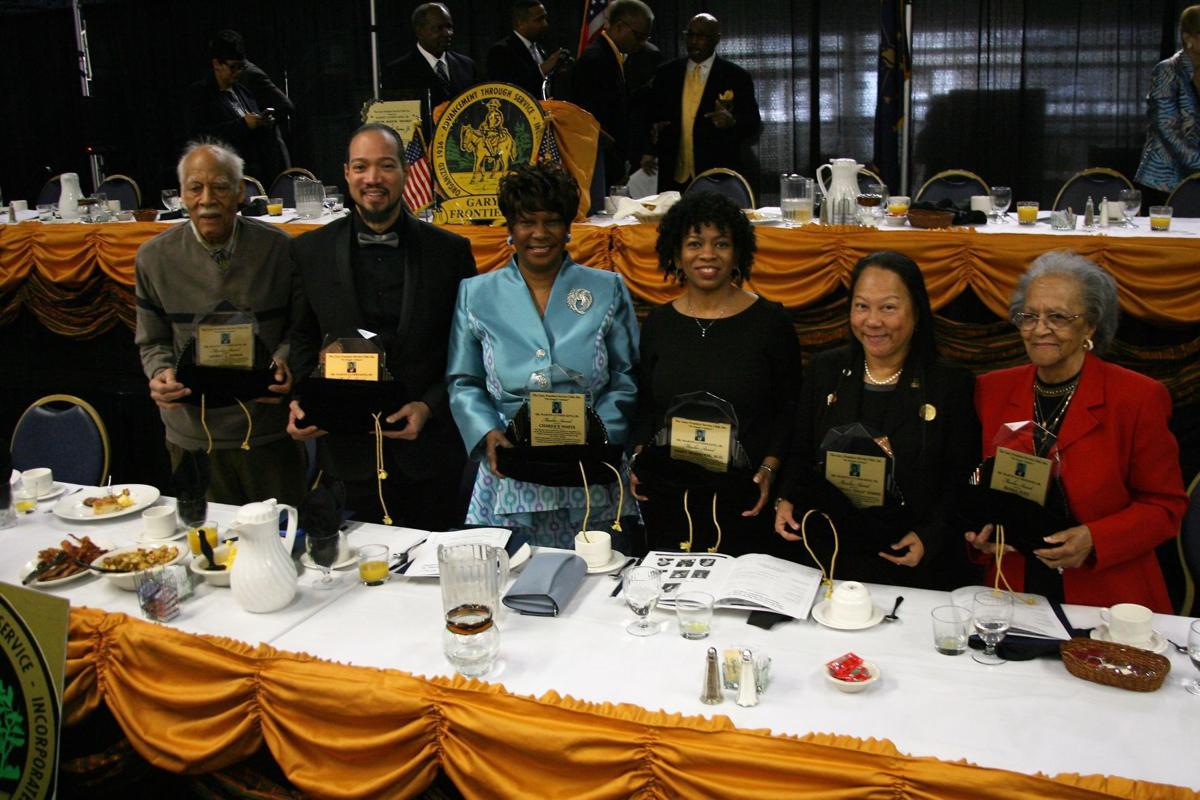 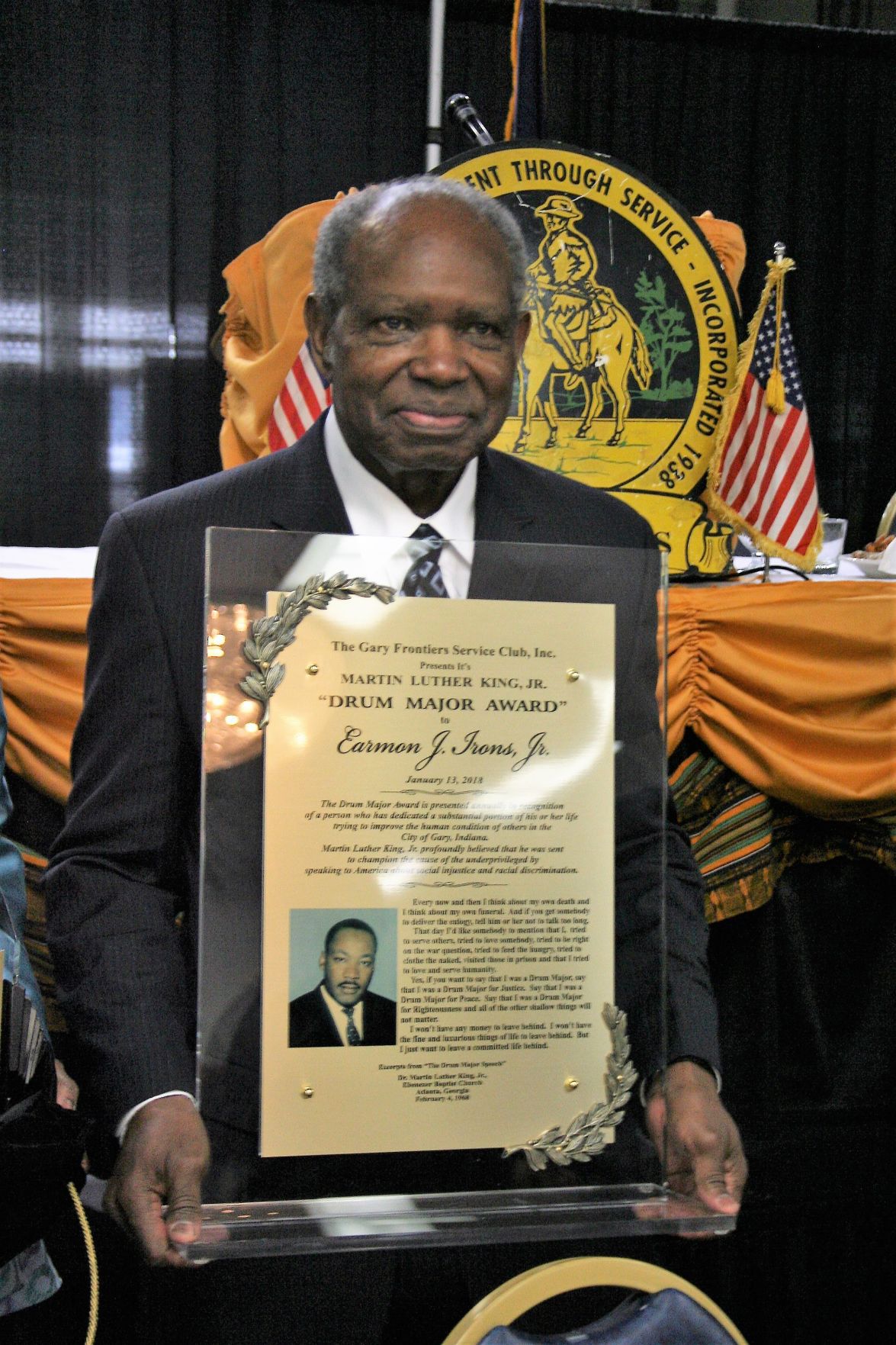 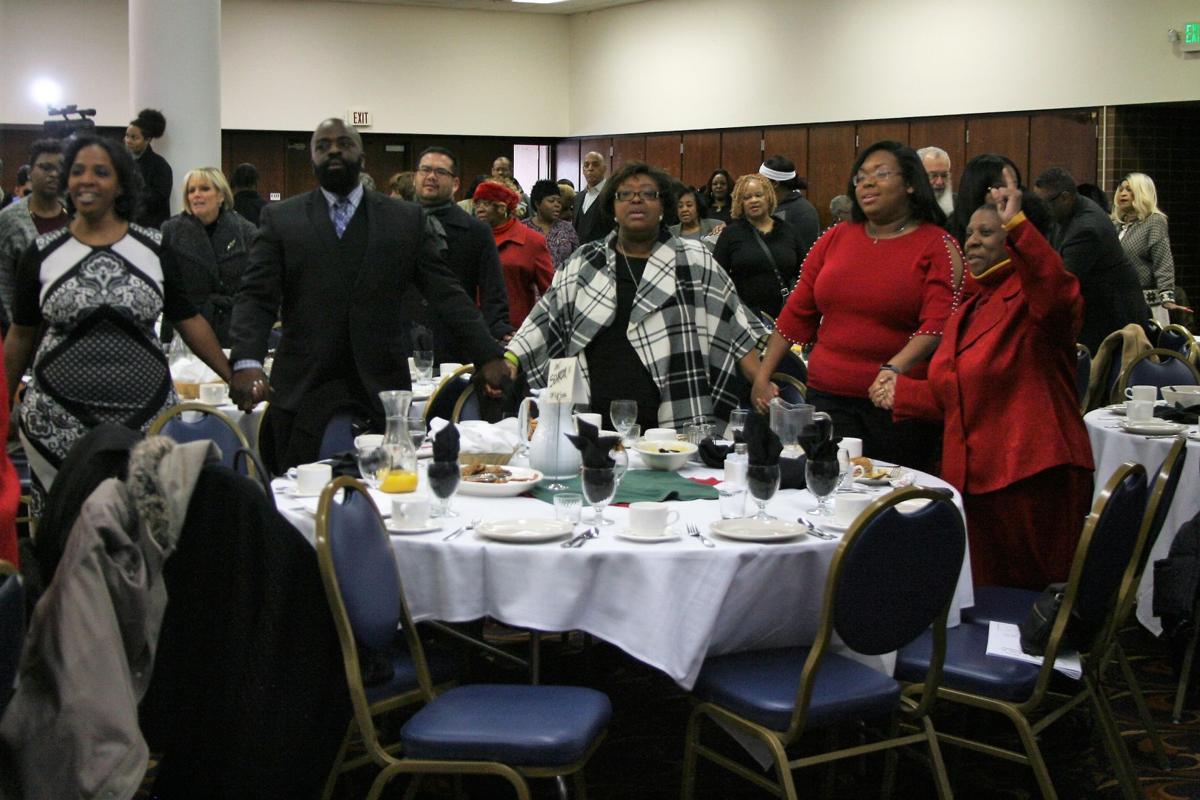 Audience members joins hands in singing “We Shall Overcome” on Saturday at the Dr. Martin Luther King Jr. Memorial Breakfast Saturday in Gary.

GARY — “Get Jesus. Then get an education.”

Irons was named the 2018 recipient of the Gary Frontiers’ Drum Major Award. Joining Irons were six Marcher Award honorees. These awards recognize people who have dedicated their lives to improving the human condition of others.

The first black officer of a major U.S. steel producer, Irons was vice president of business development for Inland Steel. He also was the chief financial officer for Gary Communications Group’s cable television venture, in addition to serving his church, family and community.

The brother of former pro football player Gerald Irons, Earmon Irons cited the influence of God-fearing parents and other adults in his neighborhood who also promoted education. However, the honoree said, education alone can be a “menace to society.”

As Irons explained, “We need education that has a moral compass to better our society.”

Although his parents may not have possessed advanced college degrees, Irons said, “They had doctoral degrees in God’s wisdom, and they used it every day. Our parents inspired us and encouraged us to be the best you can be in whatever you do.”

This year’s Marcher Award recipients are:

These award winners aid the community is various ways, including by serving on boards, working with the youth, assisting local charities and other volunteerism.

“This is an honor, a blessing,” Seabook said, “and I really want to thank the community for this honor.”

“It just means a lot,” said Ivey, who was described as a “human dynamo.”

A woman who once swept floors and dusted, Ivey became a clerk/typist at the Gary Public Library, educating herself and advancing over the years to the library system’s circulation director, chief operations director and, in 2007, interim director.

“Martin Luther King was my inspiration for his activities, goals and accomplishments,” said Ivey, whose professional career has spanned more than five decades.

A former steelworker, Jones attended night classes to earn an education degree. He taught general science and biology at Beckman Middle School in Gary for 32 years, with another 11 years spent at the Deep River Outdoor Education Center in Lake Station.

“This is an honor I’ll never forget,” said Jones, who was seated with Seabook, one of his former students. “It says there are people who notice what you do and appreciate what you do. I had lots of opportunities to work with children for over 50 years.”

The Drum Major and Marcher awards take their names from King’s “Drum Major Instinct” sermon delivered Feb. 4, 1968. Speaking two months before he was mortally wounded, King said he’d like to be remembered not for any honors but rather as a drum major.

Gary Mayor Karen Freeman-Wilson recalled how bad things are caused by a few people in power and by those who know better that remain silent.

Audience members joins hands in singing “We Shall Overcome” on Saturday at the Dr. Martin Luther King Jr. Memorial Breakfast Saturday in Gary.