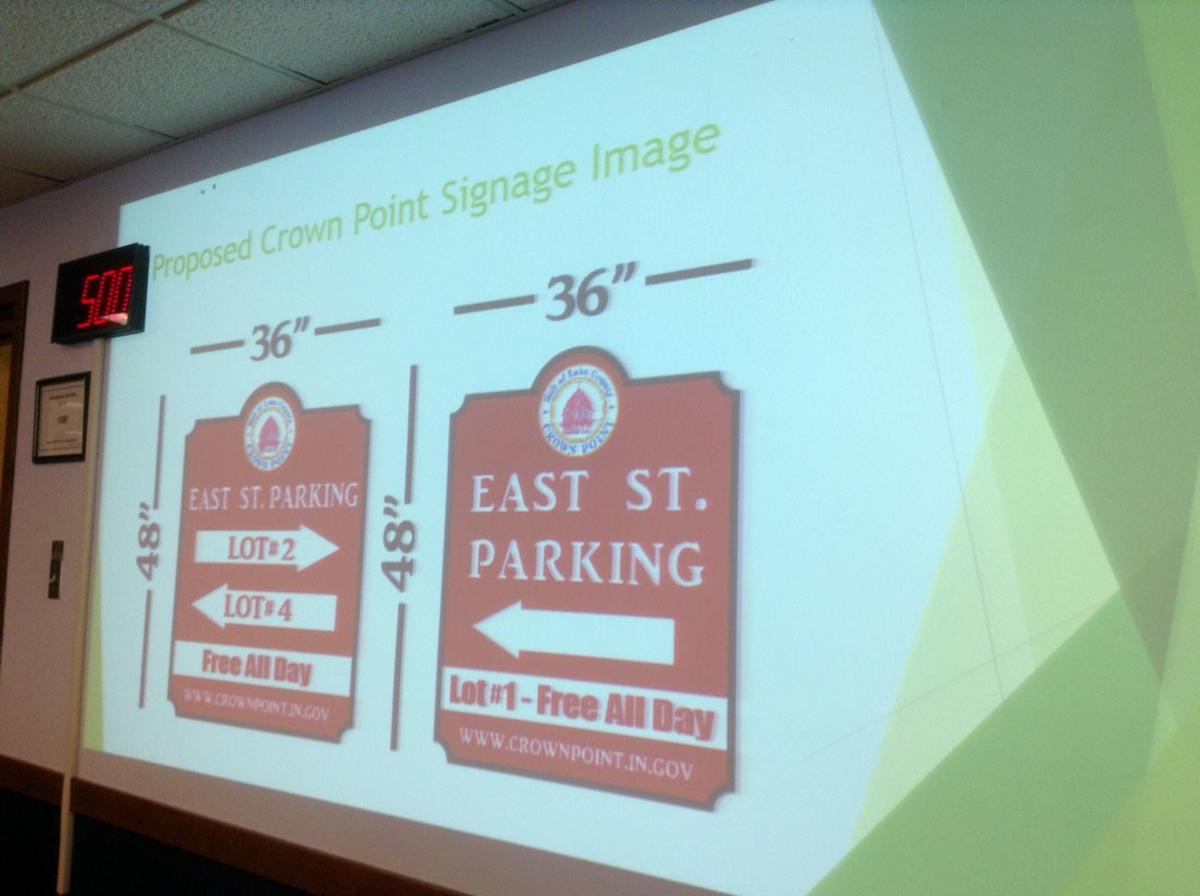 Proposed signage to show where parking is available within a block of the Crown Point Square. 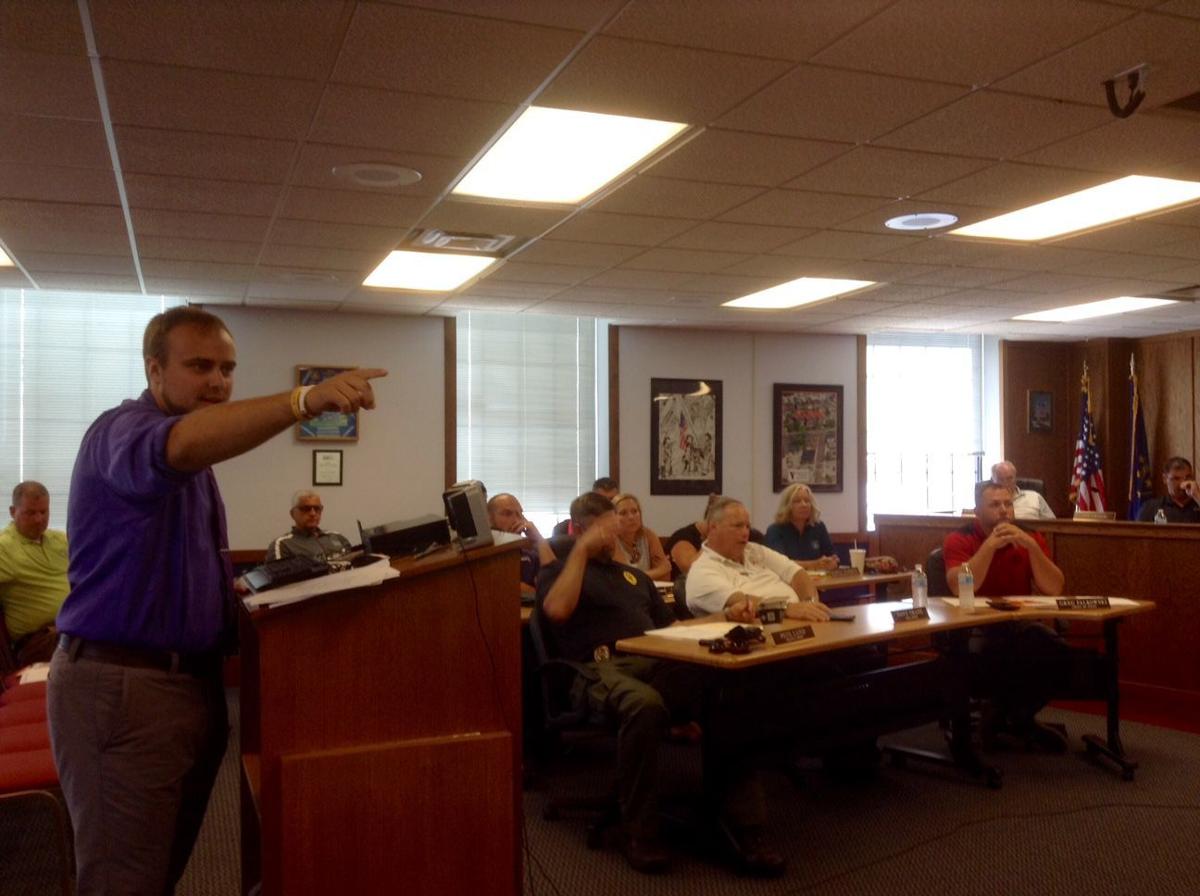 Ben Waisnora, an intern in the Crown Point Plan Department, talks about proposed new signage to highlight where free parking is available within a block from the Square.

Parking has been at a premium in downtown Crown Point, but all that's going to change as a result of some action by the city's Board of Works.

The Board of Works authorized city leaders to add more signs to show the public where free parking is located, within a block from the Crown Point square.

According to a study by Ben Waisnora, an intern from Valparaiso University in the city's Planning Department, there are a total of 1,394 parking spaces within a one-block radius of the square. Of that number, 688 are public parking spaces. That total includes 324 spaces that are free for a two-hour period.

Waisnora said the signage the city has in place that shows where the parking is located is small in quality and size, and few people notice it.

"There are a few of these signs, but they are not easily identifiable," he told members of the Crown Point Board of Works.

"My opinion remains that there is ample parking in the downtown area, but we are lacking the proper signage for directing people to clearly marked public lots," Waisnora said.

Crown Point Mayor David Uran also said once Bulldog Park is open and other development gets underway, they might also be able to create an app the public can access and see where to park before an event begins

The board approved spending a maximum of $3,000 to create the new signs which will be installed in a variety of areas near the square.

Uran said this will be a "huge step" in educating people where they can park without any issues.

A year ago, the city began working on the parking issue. Police said last year there would be more enforcement of the two-hour daily parking limit during weekdays — an ordinance that has been in place for 25 years.

There has been lots of discussion at the Board of Works meetings over the last year regarding parking around the square.

"We want to really work with the customers, residents and business owners to make this work," Uran said. "And if that can be the case, then we don't have to spend money or millions of dollars on something we may not need, which is a parking garage."

CROWN POINT — Although the Plan Commission meeting was packed Monday night, not one resident had anything to say about the city's 2018 update …

CROWN POINT — Property that was once a brownfield site is being transformed into a $10 million recreational complex just off the downtown square.

Hammond revitalizes, building culture and kitsch on its manufacturing base

When Mayor Thomas McDermott ran for the office in 2003, his campaign included a vision for Hammond to become more than an industrial giant. Fa…

Smallcakes Cupcakery and Creamery, which has been featured on the Food Network and The View, plans to bring a wide array of cupcakes and ice c…

Homeowners' temperatures are rising along with their tax assessments

Northwest Indiana assessors are telling startled residents their property is worth a lot more than they realized.

Proposed signage to show where parking is available within a block of the Crown Point Square.

Ben Waisnora, an intern in the Crown Point Plan Department, talks about proposed new signage to highlight where free parking is available within a block from the Square.