After approving contracts for the project during its Jan. 24 meeting, the St. John Redevelopment Commission announced demolition plans of several structures along the east side of U.S. 41 at West 96th Place. The 23-acre development stretches to Joliet Street and the railroad tracks.

“We are excited to start demolition and are steadily moving forward on this project,” Kil said during the meeting. 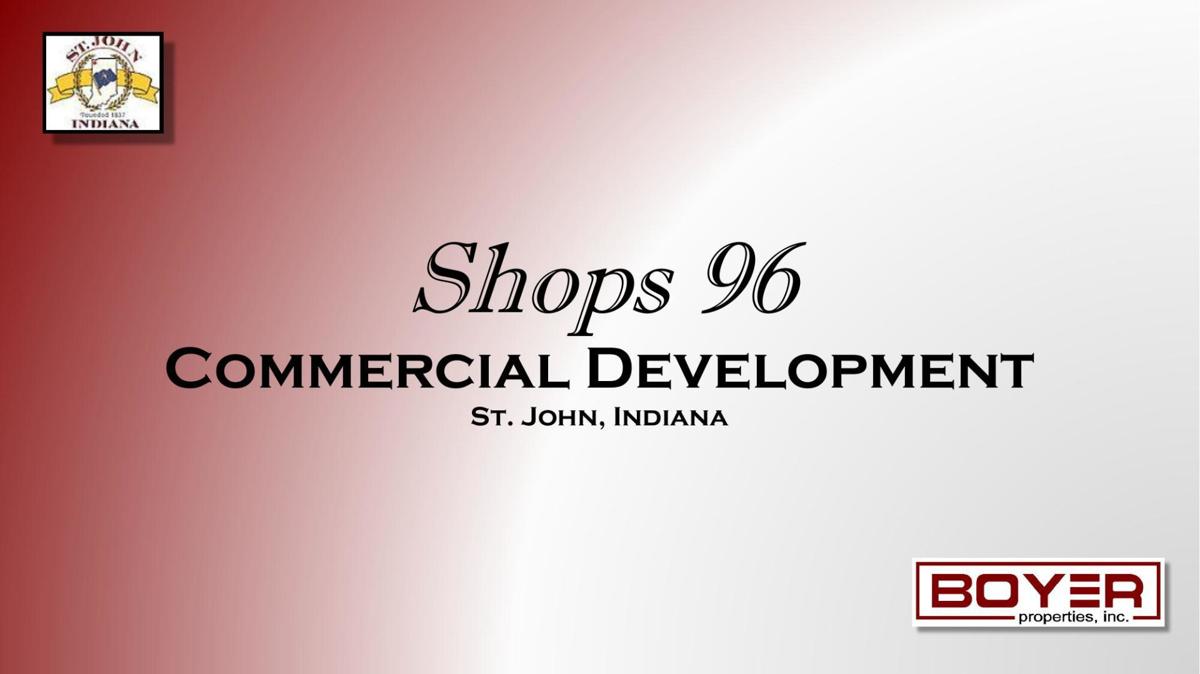 The current site of St. John Malt Brothers Brewing — the only known tenant of Shops 96 — at 9575 Wicker Ave. in St. John will remain untouched until the craft brewery moves into its larger location as part of the 171,000-square-foot commercial development, Kil said.

“We are sensitive to the needs of the businesses there and want to make sure there is minimal disruption,” Kil said. “We won’t have everything done with demolition until the fall. It will take that long to get the Malt Brothers new restaurant up and running.”

Shops 96 is being developed by Bruce Boyer, of Boyer Properties, which also is behind Shops on Main at the southeast corner of U.S. 41 and Main Street in Schererville.

Funding for the $5.6 million Shops 96 project comes from the use of tax increment financing bonds, or TIFs, not residential property taxes, which was a concern raised during the recent Redevelopment Commission meeting.

Kil told residents this was not the first TIF project the town has undergone, adding that “the debt that is being issued for this project does not rely on Boyer’s project being constructed.”

Municipalities create TIF districts where economic development is occurring or expected to occur. When a district is established, the town takes out a loan that goes toward building infrastructure that promotes development in a specific area to make it more attractive and increase property values.

There are two TIF districts within St. John. One district goes the entire length of U.S. 41 along the east side of the road and includes portions of the west side from 109th Avenue to about 101st Place and from 93rd Avenue north to include commercial property north of Hack Street. The second district is on 109th Avenue from Parrish Avenue to the town's eastern border.

“We expect that revenue generated from Shops 96 will accelerate the payback time frame for debt. We can retire the debt faster, which is what we fully intend to do,” Kil said, referring to the former success of Strack & Van Til/Target development, which was a TIF project.

The town was able to pay off the loan  seven years earlier than expected through the increased property taxes the development generated.

Throughout the planning process for Shops 96, Kil said he has received multiple inquiries about future plans for the long-vacant and blighted Kmart building in St. John.

Kil said “nothing is set in stone,” but the town has received bids with the goal to raze the site for redevelopment, and the building owners are speaking to contractors for demolition purposes.

“I think Shops 96 will be a significant boost to St. John in the sense that it takes something of this nature to jump the commercial corridor,” Kil said. “Once this gets up and running, we are going to enter the stage of development where we see significant commercial coming to the community.”

ST. JOHN — The next phase of the Three Springs subdivision expansion is moving forward in St. John.

ST. JOHN — Developers have decided to take a different route with the next phase of the Three Springs subdivision expansion after concerns wer…

ST JOHN — The buildings on the east side of U.S. 41 at West 96th Place have been leveled, readying the site for the Shops 96 development.

ST. JOHN — You won’t find any bold promotions on the walls or even a work computer in sight inside of Thiel Cabinet Shop.

St. JOHN — Some residents like the idea of the Shops 96 retail development which they believe would drum up more tax money and business in the…

St. John officials recently approved an economic development agreement for commercial retail development the entire town should get behind.

Weather pushes back Shops 96, but St. John development will be ready for fall 2020, town manager says

The 23-acre development will house four users in the first lot of the development, with work wrapping up in fall 2020.

The town is looking to complete $1.8 million worth of road work in the coming year, addressing road projects from last year and this year, Town Council President Gerald Swets said.

Crew Carwash will be part of Shops 96; other tenants remain unknown

This is the first tenant that has been announced for the development, which is running on a delayed timeline after bad soil was discovered where a new road is planned along Joliet Street.