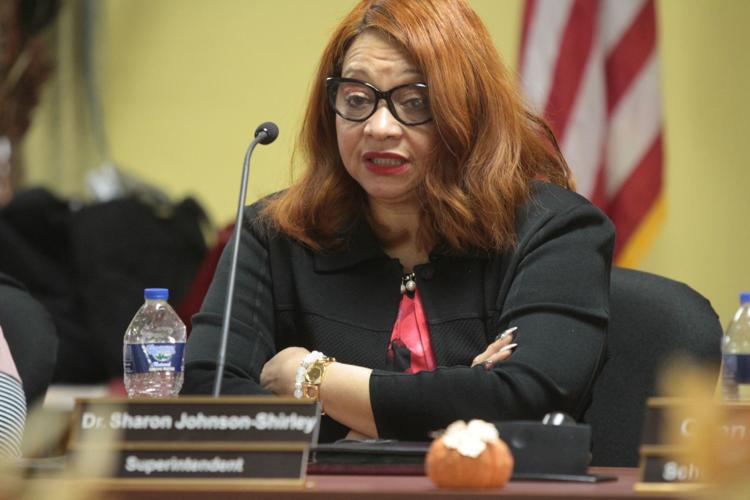 During a district board meeting Monday night at the Adult Learning Center, Lake Ridge New Tech Schools Superintendent Sharon Johnson-Shirley said she was disappointed in the outcome of two referendums rejected by voters on Election Day. 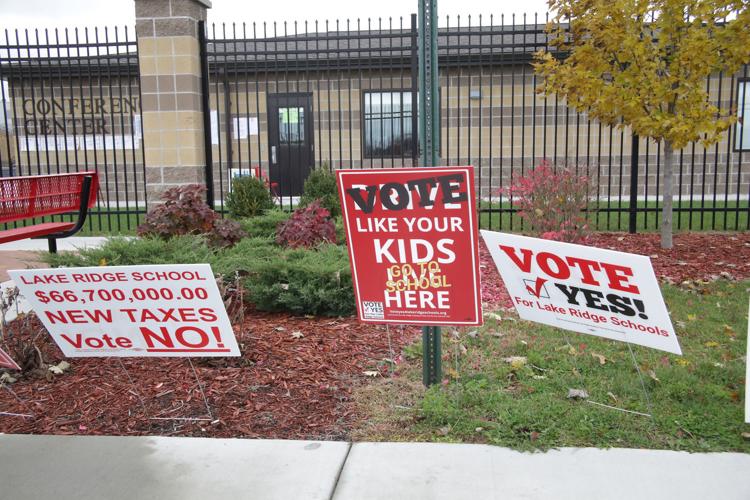 Calumet Township voters were asked to support two local referendums for the Lake Ridge Schools, one to renovate various New Tech School buildings; the other would maintain the district's current instructional spending levels.

Leaders of the crumbling Lake Ridge school district said successful referendums were critical to avoid massive budget and staffing cuts, the closure of Hosford Park Elementary, the shuttering of bus transportation and elimination of all but one security officer in the district's four school buildings.

Now, those very cuts are on the table, Superintendent Sharon Johnson-Shirley said at Monday's meeting at the Adult Education Center on Ridge Road.

“The future is not looking bright for our district,” Johnson-Shirley said. “We have patched until we can’t patch anymore. For the community, those that supported us, we thank you. For those that did not support us, I hope you can find the answers. I don’t have them.”

One referendum would have raised $22.4 million — or $2.8 million annually — over the next eight years to maintain educational curriculum and more. A separate construction referendum would have raised $44.3 million over 20 years to renovate and repair various buildings. Critical needs include more secure entrances, new ventilation, cooling and heating equipment, new, more heat-efficient windows and accessibility upgrades.

With Hosford Park Elementary's closure on the horizon, Johnson-Shirley said it's impossible to say at this time where the 293 students enrolled there will go. Longfellow Elementary is already at capacity, she said, and can't absorb anyone.

Board member Glenn Johnson said the district would save $1.49 million in salaries alone from the closure of Hosford Park, $1.8 million in elimination of bus services, $300,000 in bus replacements and $500,000 in capital projects, but staffing and additional programming cuts will be felt.

“It’s unfortunate but the way the system is set up in the state of Indiana, if the community doesn’t support (a referendum), it doesn’t happen. So we now have to deal with the hand that we were dealt," he said.

A formal plan won't be in place until after the first of the year, he said.

School officials have said one of two referendums was necessary to replace $3 million a year the school would lose under a state-mandated cap on the maximum property taxes that can be charged.

In 2020 alone, Lake Ridge schools will lose $3.5 million due to the circuit breaker tax breaks, officials have said. The district has already made nearly $3 million in cuts with the closure of Grissom Elementary, outsourcing, and programming and staff reductions.

Johnson-Shirley said she endured personal and verbal attacks while campaigning door to door for the referendums, but that it's the children who will suffer ultimately.

"Right now, we are defeated. But you didn't defeat me, you defeated the students," she said.

Countless school districts like in Crown Point, Hobart and Hammond have passed referendums for improvements in recent years, she said.

Tanya Tribble, whose granddaughter goes to Calumet High, said the referendum fractured the township in two. While she voted yes, she said she sees both sides.

"It was a lot of money, what they were asking for. We have a lot of fixed-income people who can't afford an increase," Tribble said. "It got ugly. We need to bring this community back together and mend the hard feelings," she said.

One opponent, Gregory Keefer, a resident of Calumet Township, said he voted no because the district's taxpayers already pay some of the highest property tax rates in the state. Any increase would have pushed out what few businesses are here and residents can't absorb the costs, he said.

With the area's growing number of charter schools, state-mandated programs and tax caps, the deck is stacked against the cash-strapped district, Johnson-Shirley said.

“We still remain with the same issues. Our schools are still dilapidated and old. Our teachers still deserve raises. The money is drying up and I don’t have the answers for you, how we’re going to move forward, but I sure know that a bake sale is not going to be the answer,” Johnson-Shirley said.

It's been a problem long-plaguing our Region: A certain percentage of our residents can be counted on as automatic naysayers to any measure se…

Here's a closer look at which referendums have passed and failed in Northwest Indiana since 2010.

During a district board meeting Monday night at the Adult Learning Center, Lake Ridge New Tech Schools Superintendent Sharon Johnson-Shirley said she was disappointed in the outcome of two referendums rejected by voters on Election Day.

Calumet Township voters were asked to support two local referendums for the Lake Ridge Schools, one to renovate various New Tech School buildings; the other would maintain the district's current instructional spending levels.