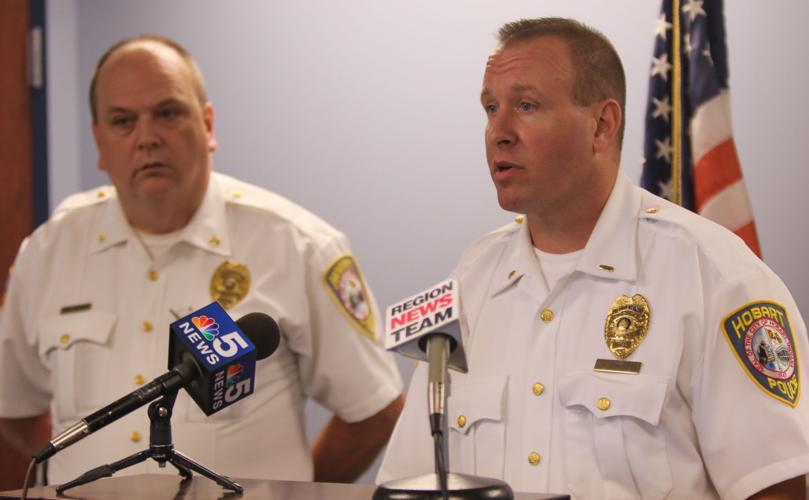 Hobart Police Chief Richard Zormier looks on as Lt. James Gonzales gives the details of the shooting death of 9-year-old Olivia Hummel. Her father Eric Hummel is charged in the shooting. 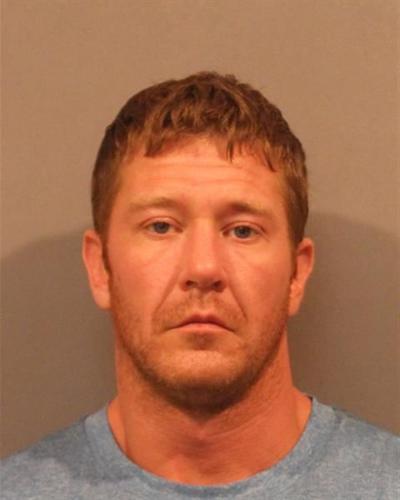 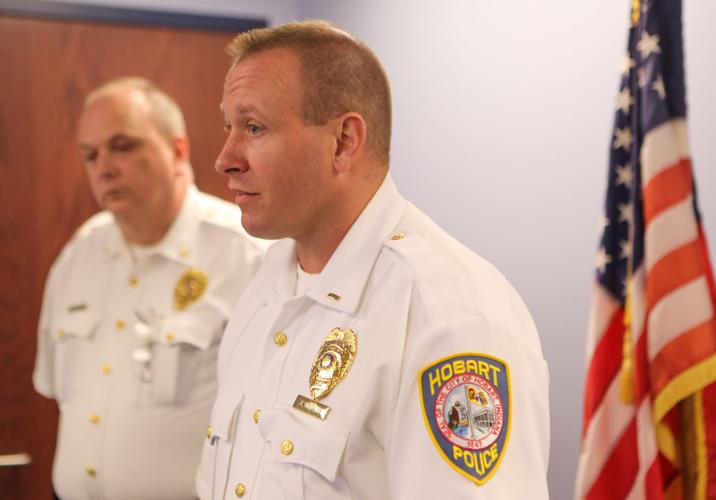 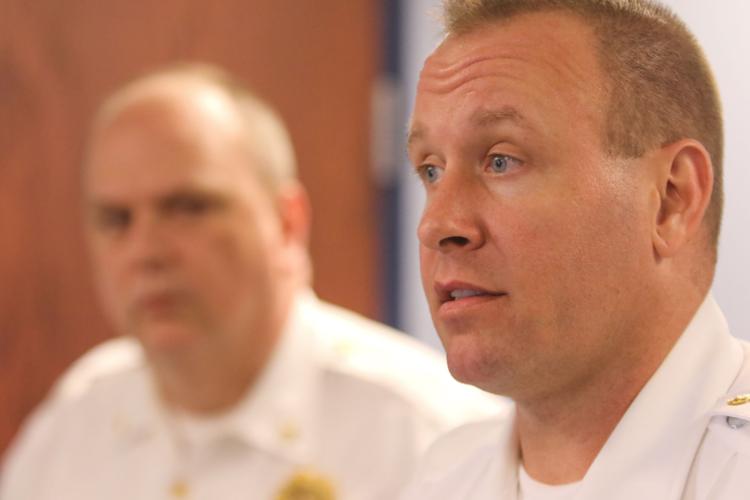 HOBART —Police say Eric Scott Hummel was recklessly playing with a handgun when he fatally shot his 9-year-old daughter in the presence of her brothers Saturday.

Police said the brothers told officers who were called to their home that they believe their father forgot he had put bullets back in the 9 mm Glock when he pointed it at Olivia Hummel and shot her in the head.

"I believe this was a series of heinous and depraved acts committed by the suspect on June 10. His actions that day endangered the lives of all three children and ultimately stole the life of Olivia, an innocent 9-year-old girl. His actions caused the death of Olivia and likely scarred the boys emotionally for life."

Lt. James Gonzales said officers were called about 5 p.m. to the family's home Saturday in the 100 block of East 10th Avenue. They found the father kneeling by Olivia who was unresponsive. Hobart fire paramedics rushed her to a local hospital where she was pronounced dead minutes later.

Gonzales said the two surviving brothers were "in good hands" and the Indiana Child Protective Services are actively involved. Police said their mother wasn't at home at the time. Police declined to name the two brothers.

A probable cause affidavit filed in Lake Criminal Court alleges the two brothers were cleaning the house and preparing to go to a summer festival when their father walked in and began telling the boys not to play with his gun.

The boys told police Hummel had aimed the weapon at one of the boys and pulled the trigger more than once. They said they heard a popping noise when their father pulled the trigger, so they believed the gun was unloaded.

The affidavit states one of the boys told police, "dad forgot he put bullets back in and shot our sister." An officer asked one of the boys whether their father pulled the top of the gun back, which would chamber a round, and one of the boys advised, "Oh yes, He did that once."

Police said evidence indicates Hummel fired the gun within three feet of the girl, who had just entered the room.

Gonzalez said Hummel legally possessed the weapon and there were no signs of intoxication.

Police said Hummel told an officer, "I thought it was empty." Police said he later told another person, "I shot her. I'm so sorry."

Police said Hummel declined to give police a formal statement, asked to speak with a lawyer and was transferred to the Lake County Jail, where he was being held Monday.

MICHIGAN CITY — A man turned himself in to police Monday night in connection with a shooting at a fast-food restaurant last month, officials said.

HOBART — A saddened community converged inside the local high school Tuesday night for a candlelight vigil eulogizing a freckled, redheaded, b…

HOBART — A 33-year-old man charged in his young daughter's shooting death has been released from jail since posting bond Tuesday, court record…

If Lake Criminal Court Judge Natalie Bokota accepts Eric S. Hummel's plea agreement, he could face a sentence of one to 8 1/2 years.

US military aircraft flies in 32 tons of baby formula

US military aircraft flies in 32 tons of baby formula

Starbucks joins McDonald’s and others in Russian exodus

Starbucks joins McDonald’s and others in Russian exodus

Hobart Police Chief Richard Zormier looks on as Lt. James Gonzales gives the details of the shooting death of 9-year-old Olivia Hummel. Her father Eric Hummel is charged in the shooting.