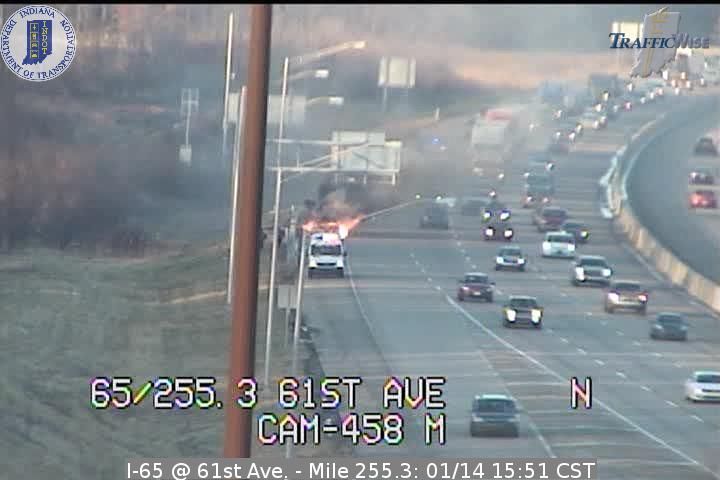 Emergency workers respond to a vehicle fire on southbound Interstate 65 near 61st Avenue. 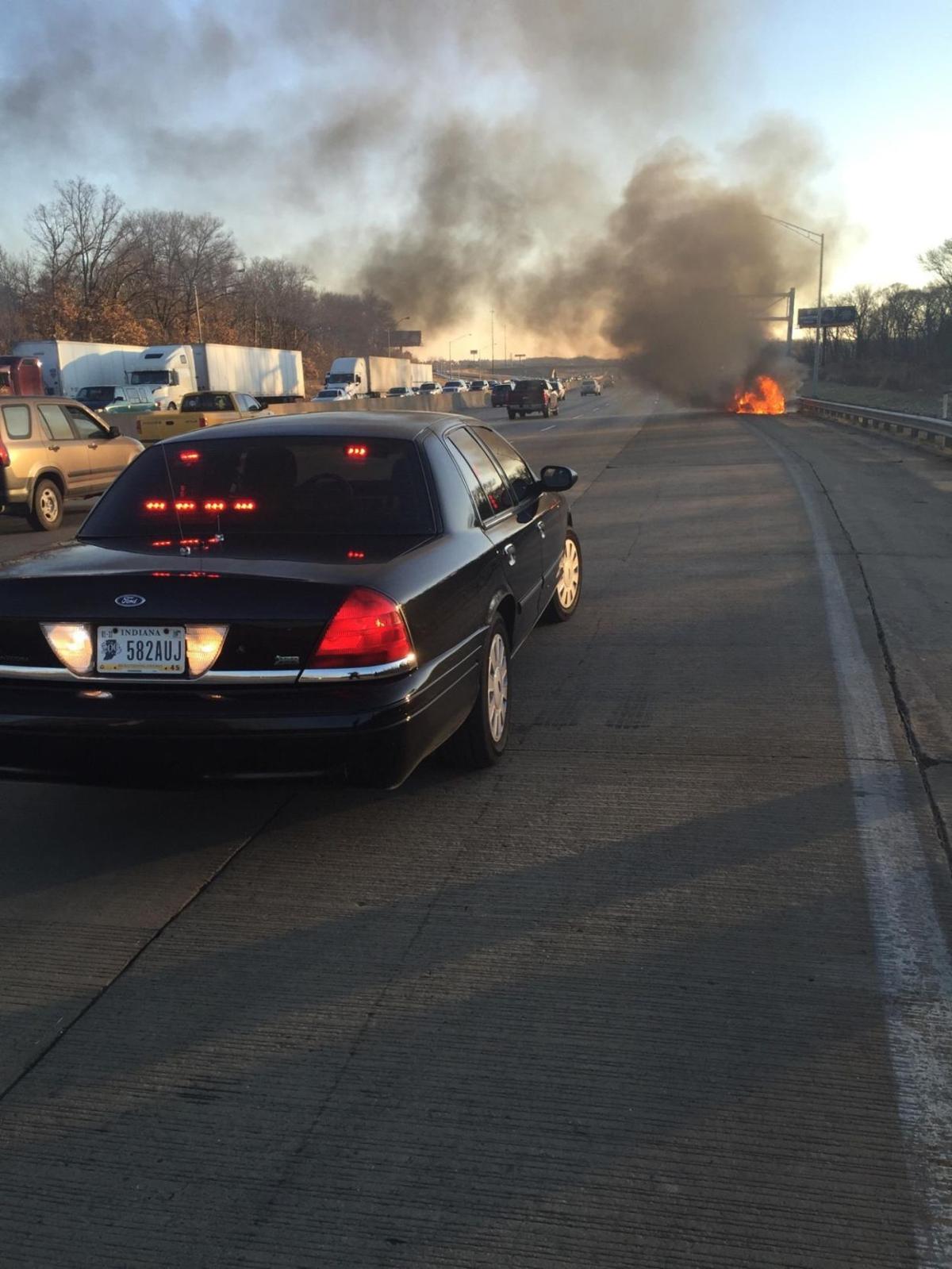 HOBART — A vehicle fire on southbound Interstate 65 near 61st Avenue is causing delays in both directions, police said.

It's believed one person was in the vehicle and he safely made it out, Indiana State Police Cpl. Zachary Beaver said.

Delays on southbound I-65 stretched north to the junction with I-80/94, according to the Indiana Department of Transportation's TrafficWise website. The right two lanes were closed as of 4:25 p.m.

Beaver said heavy smoke from the vehicle and emergency lights likely were partly to blame for minor delays in the northbound lanes.

LOWELL — An Indiana State Police Trooper is being credited with helping a Florida man who had a heart attack while on the road last month.

Emergency workers respond to a vehicle fire on southbound Interstate 65 near 61st Avenue.