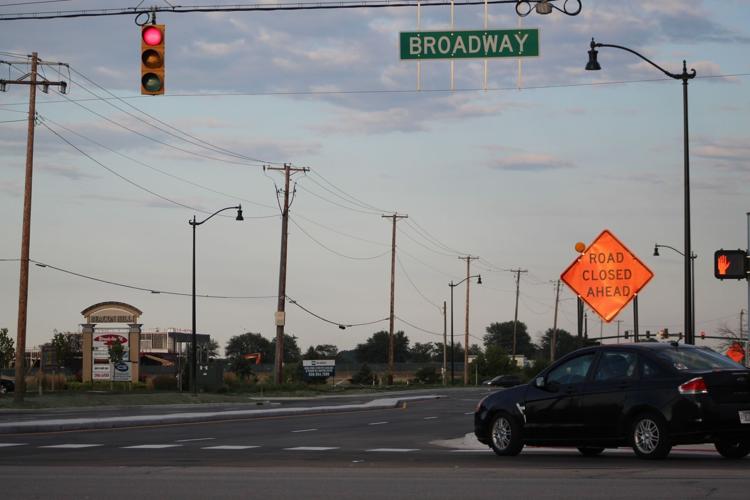 A motorist heads east on 109th Avenue on Monday. The intersection of 109th and Broadway reopened on Monday after being closed for improvements. 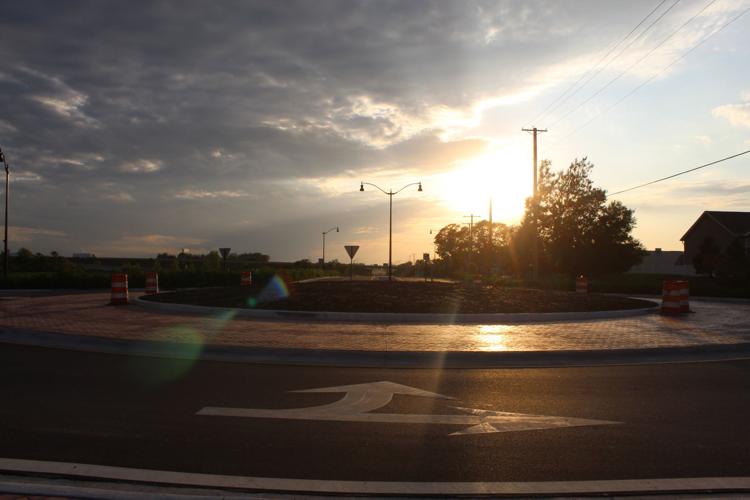 The new, partially reopened roundabout along Mississippi Street and 109th Avenue in Crown Point as show on Monday. 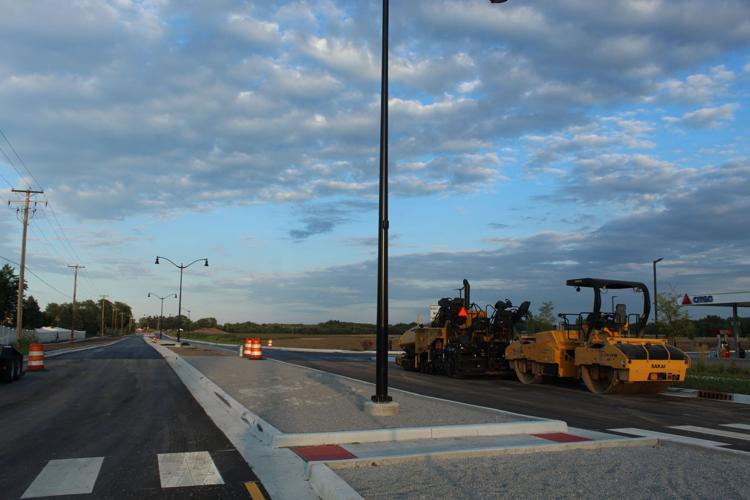 Construction equipment remains on a closed portion of 109th Avenue on Monday. Crews are wrapping up work to extend Mississippi Street to connect to 113th Avenue.

CROWN POINT — A portion of one of the city's most traveled roads has reopened after being closed for most of the summer.

The intersection of Broadway and 109th Avenue reopened to motorists Monday with widened lanes and new concrete medians.

The project was primarily funded through the Highway Safety Improvement Program (HSIP), according to previous Times reports.

Earlier this year, the city announced plans to transform the corridor with a 109th Avenue Transportation & Safety Improvement plan, which included several projects for the area, including roundabouts at Mississippi and Iowa streets.

The roundabout at Mississippi and 109th partially opened in mid-July, allowing residents of Waterside Crossing to to access their subdivision.

During the Aug. 5 Board of Works meeting, city officials announced the project was moving ahead of schedule, and weather-permitting, should open before its original Labor Day completion date.

Though the project is wrapping up, 109th again will have a bustling construction season in 2021.

109th Avenue in Crown Point gearing up to reopen in a few weeks, city officials say

In 2021, work is expected to begin on the Iowa Street roundabout, Crown Point Chief of Staff Greg Falkowski has said previously. The roundabout is a HSIP and Northwestern Indiana Regional Planning Commission (NIRPC) project, Falkowski said.

Efforts to widen 109th to Interstate 65 through a private project will not begin this year, as a pipeline needs to be relocated first, Falkowski said.

The pipeline, which is under the ditch and bridge before Delaware Parkway, is expected to be relocated this year, he added.

The final phase of the project, an interchange at I-65, will be complete by the Indiana Department of Transportation. The work can take up to two years, according to previous Times reports.

For the last 19 years, the Pink Ribbon Society has helped men and women affected by breast cancer. Now, the nonprofit is seeking the community's help.

Chicago schools cut funding for police by more than half

Funding for police officers in Chicago Public Schools will be cut by more than half, while other ‘major reforms' will be implemented for the way police operate in the school district, Mayor Lori Lightfoot and district CEO Janice Jackson said.

The Grand hosts bridal fair, vows to 'bring excitement back to brides'

The Grand, located within the historic Lake County Courthouse, will host its first bridal fair from 10 a.m. to 2 p.m. Saturday, which features a tour, sips and small bites and vendors.

WATCH NOW: When will 109th reopen all the way to Winfield?

Crown Point Chief of Staff Greg Falkowski said in an email the road is expected to reopen entirely within a couple of weeks.

109th reopens ahead of schedule; more work slated for 2021

On Thursday evening, 109th Avenue from Broadway to Iowa Street reopened to eager motorists after closing earlier this year for improvements.

A motorist heads east on 109th Avenue on Monday. The intersection of 109th and Broadway reopened on Monday after being closed for improvements.

The new, partially reopened roundabout along Mississippi Street and 109th Avenue in Crown Point as show on Monday.

Construction equipment remains on a closed portion of 109th Avenue on Monday. Crews are wrapping up work to extend Mississippi Street to connect to 113th Avenue.